I went in to work last night and it was Coffin Night I discovered as I sat down at my desk. Well, that was a surprise, I had forgotten it is the season for High School High Jinks: Coffin Night. Mind you, Key West seems to have a habit of leaving mysterious, tantalizing hints about what went on the night before. Here on the sidewalk a pair of shoes whose owner seems to have vaporized while striding along the street: 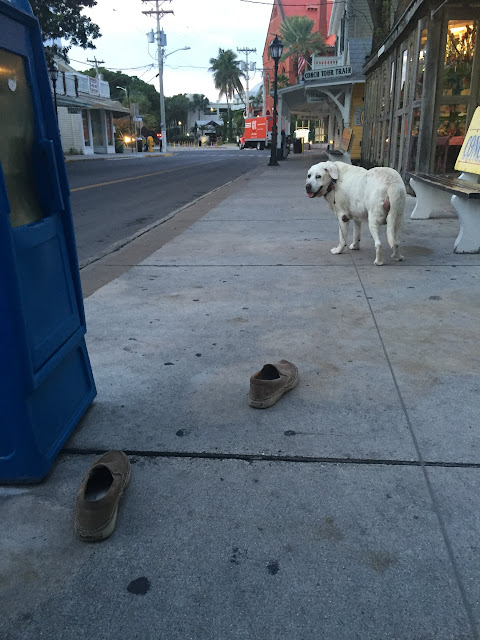 Overhead on Caroline Street I saw a sky filled with cotton wool balls: 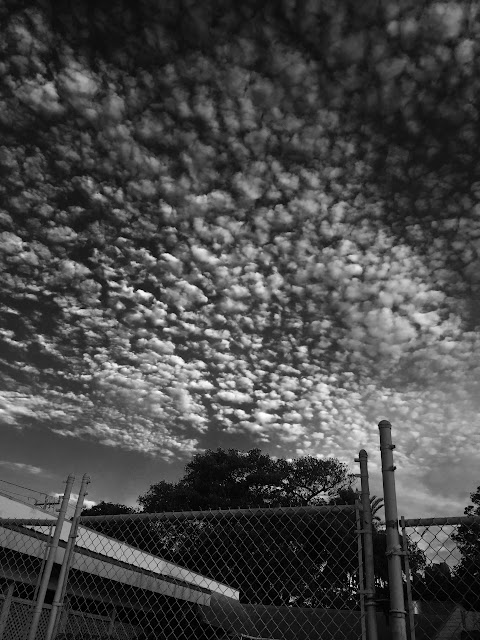 And Gallery on Greene always has something whimsical, locally produced to view: 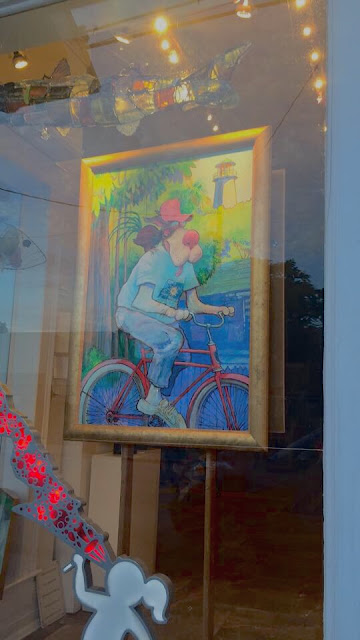 Seven in the morning and hardly anyone was around... 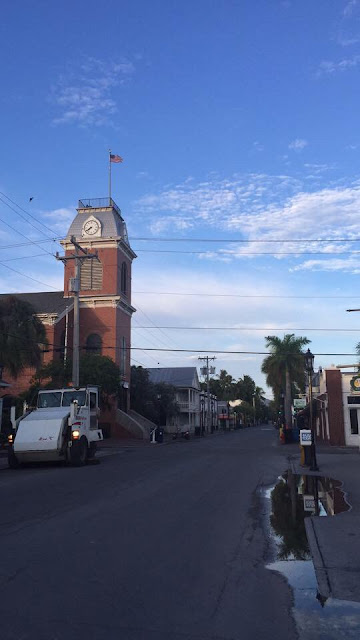 ...except of course the wildlife, clucking and fussing as usual: 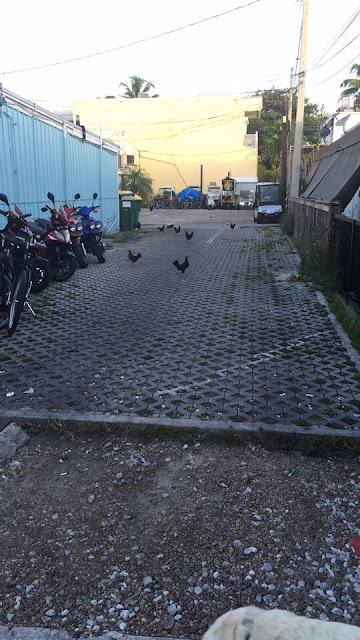 Cheyenne found breakfast in the aloe in front of the Key West Aloe Company. I have no idea what it was but it crunched quite satisfactorily. The numbers of lost pets in Key West quite boggles my mind: Lost and Found. I am grateful to Cheyenne for being so easy; she uses her dog door to come and go, no fence around the house,m no wandering into the street she just sunbathes on the deck and watches the street from the top of the stairs. When we go for walks she gets her way and we are all happy. 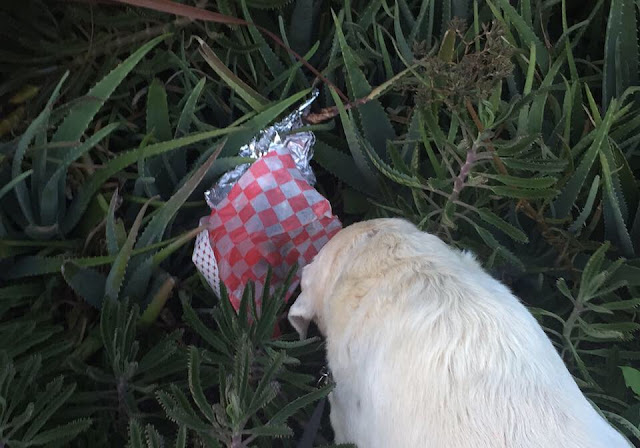 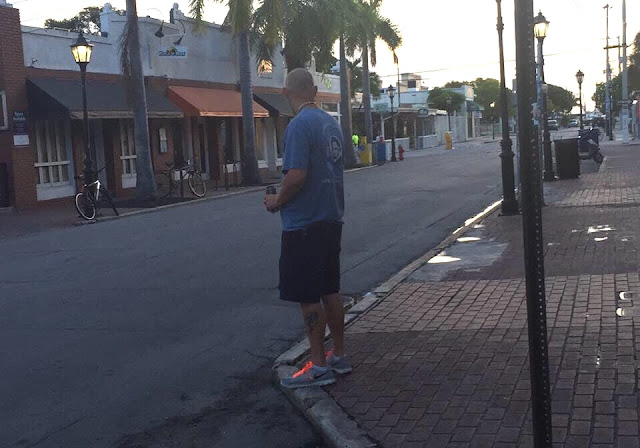 The massive city operation that is street clean up on Duval, a strictly government operation despite the trash generated by private enterprise and their plastic cups and food containers, is an amazing holding operation in the face of the nightly avalanche. 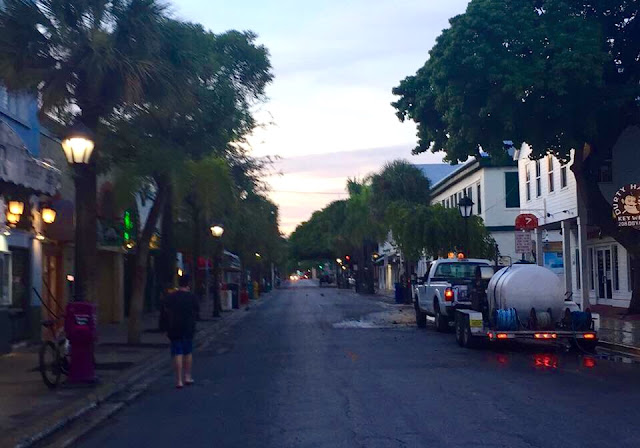 I enjoyed this beautiful signage to the world famous sunset affair at Mallory Square. It captures the spirit of the even perfectly. Classy as a friend of mine described it. 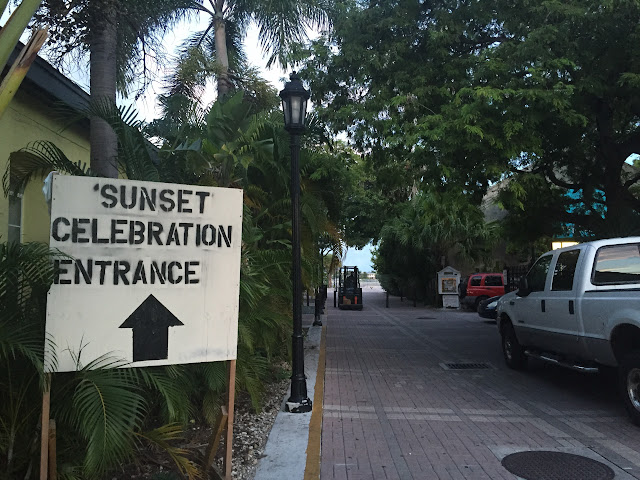 After a night at work walking the dog downtown seems beyond the call of duty! I was tired, as tired as my dog after an hour of random strolling. 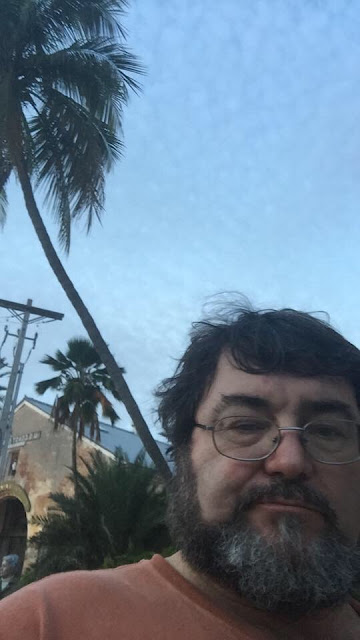 She loves downtown and won't give up. These days my walks with Cheyenne are one of the rare occasions I get to be in town in the daylight. 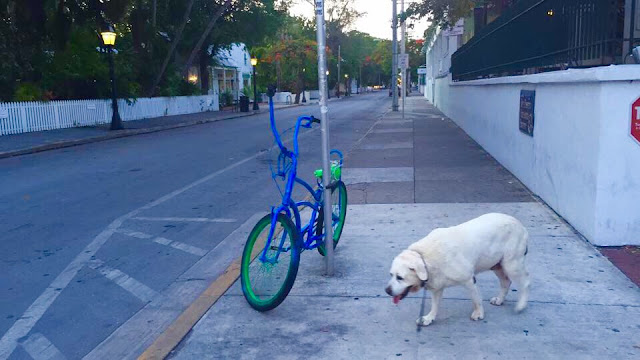 And with the sun coming up it was time to go home. 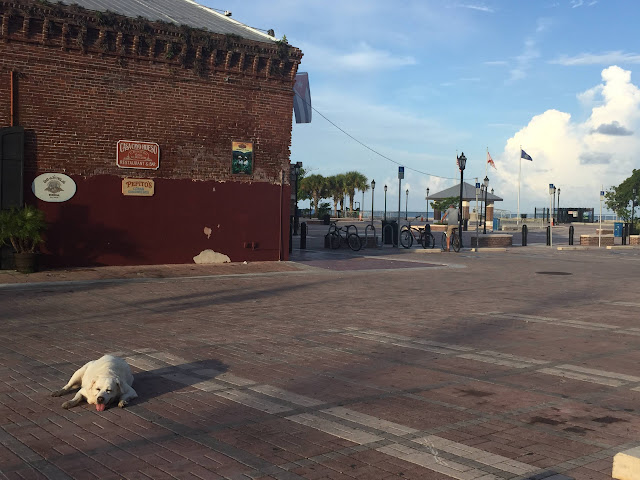