I am become a YouTube snob. Perhaps that's not completely accurate as I think I have always been a YouTube snob. Over the years I have joined the ranks of those who have figured out that anything you want to do has been done previously, and video recorded by someone else ready to teach you how to do it. And that, in our complicated technological world is a very good thing. Until it isn't. Like any form of communication YouTube has great value for the things it is good at: in this case simple linear technical explanations. Were you to need to learn how to change a car light bulb or how to remove window shades without tearing down the plaster ( I speak from experience here) YouTube is excellent. but when it comes to more complex trains of thought, the nuanced life as it were, YouTube gets pretty grubby. I had better explain. But be warned this may turn into a rant. If you disagree feel free to comment. 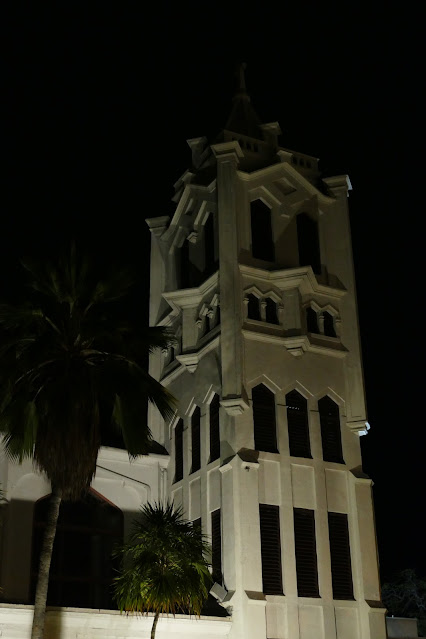 I have been told that the written word is passé and video is the future. That broad statement of fact came in the wake of me being told that blogs were passé and Facebook was where it was (ungrammatically) at. I ignored suggestions I move off this page because I like recording my diary in this form with these pictures but that could be put down to me being stupid or pigheaded or both. If I were here to make money. YouTube videos have become a way indeed to make money but I decided a long time ago money was never going to be a motive to post my photos on this page or anywhere else. I show up at the office to answer 911 and I get well paid to do that. After 17 years of listening to misery I am pretty tired of it but the ultimate goal is in sight and a desire for money this close to retirement is not going to drive me to YouTube. It's too much work to do videos properly, also I don't like my own voice and what I have to say, I prefer to say like this. QED. 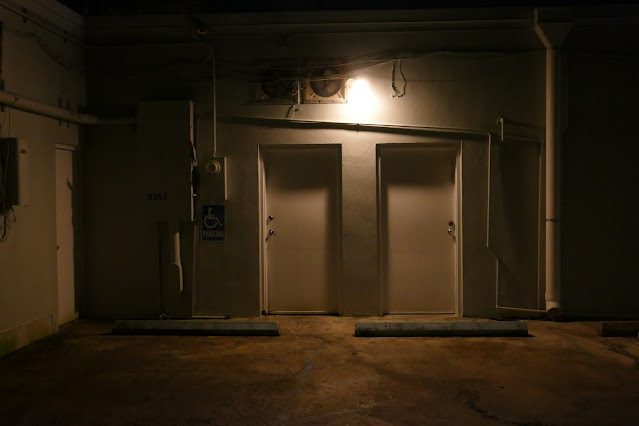 These reflections were squeezed out of me on Tuesday when I had the afternoon off, I had finished the books I was reading (Shadows, fiction by Webb Chiles well worth a read on your Kindle) and I was drifting through YouTube as Rusty snored on my leg. Usually I watch photography or van videos, reserving my van interests to people actually traveling not people moaning or building as neither activity interests me much. Photography videos focus on gear which is boring or complex computer driven editing which baffles me so If I can't find a video on actual travel done well, or photo composition that teaches me something new, I go back to reading or napping, as God intended we do on our days off. On Tuesday I made a horrible mistake and checked what that cheerful face was saying about Key West. I should never have done it. They are a nice young couple getting a free room at a hotel and using that as a base to explore Key West. I use the term "explore " loosely as their first Key West video involved tearing themselves away from the minutiae of their free room at the Pegasus and walking (masked, thank you God) to Sloppy Joe's straight down Duval, chickens included. In-depth research is not part of their schtick. Yankeesinthesouth Check it our for yourselves, you may like it. I found it predictable vapid and boring. And apparently irritating. 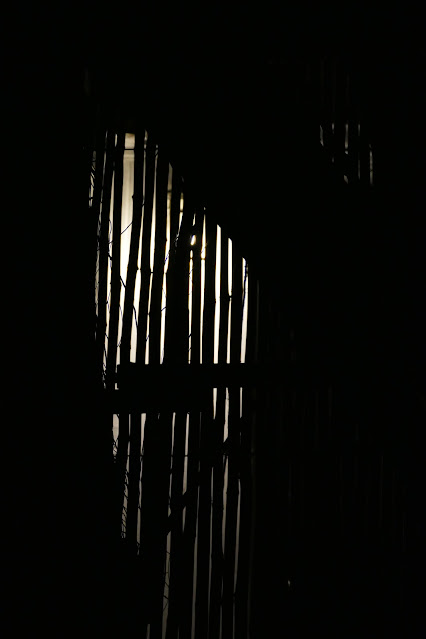 I suppose it's too much to expect travelers to make videos like Rick Steves' high quality productions but would a little research hurt? When I was traveling through Central America I dreaded boater get-togethers as they ended up usually being a bitch fest comparing prices and presumed price gouging. To me travel has meant learning, or at least making an effort to learn and with the Internet at our fingertips learning even a little history is easy and God knows YouTube doesn't exactly demand precision or depth in anything but  not one You Tube travel video seems to be able to tear itself away from offering travel advice to armchair travelers and comparing prices as though the world outside is one giant market and no more.  I see videos of pretty places with pretty faces expounding on cheap this or that as though we are ever going to actually be there ourselves. I guess I expect too much, hence the notion I may be a snob. 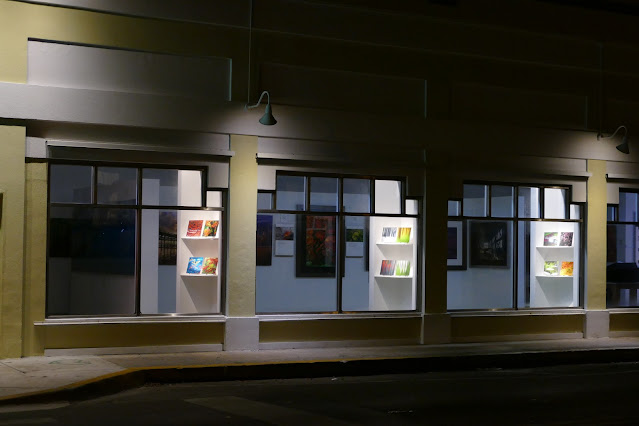 I used to be a radio reporter and I learned editing and meeting deadlines and how to get to the point over a dozen years of doing all three. I routinely slide a YouTube video two minutes from the beginning when I get past the advertising (nothing is truly free of course!). The pretty talking heads will blather for at least two minutes about nothing before they remotely get to the point, that has been my experience. To make a YouTube video as I would like to would involve video editing using film taken of the places I talk about, similar to  how I use still pictures on this page, to break up the verbiage. It is much easier to point the camera at your face and babble, script free for twelve minutes, collect the thumbs up and wait for Adsense to send money. Tellinga  story it ain't. Doing research goes no farther than buying a foreign widget in a strange place. 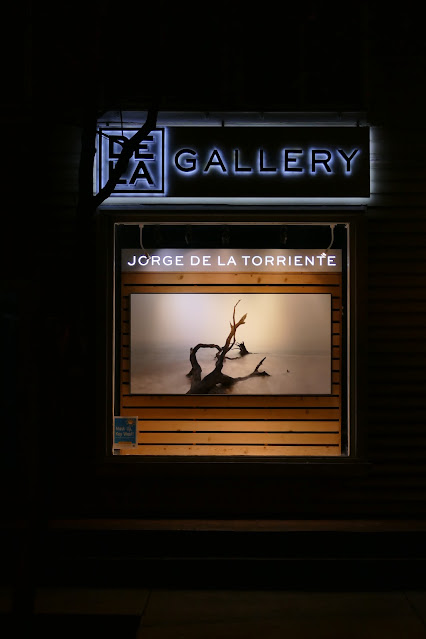 Besides, I like still pictures, I enjoy the process of capturing images for a story already in my head as I walk with camera in hand.  I wasn't planning to write about my growing disdain for YouTube, a lost opportunity for communication, when I took these pictures but after I lined them up I knew I could use them right here. None of these pictures need explanation if you have been reading this page about my nocturnal walks with Rusty and if my grumbles about You Tube are of no interest the pictures will, I trust, take up the slack. 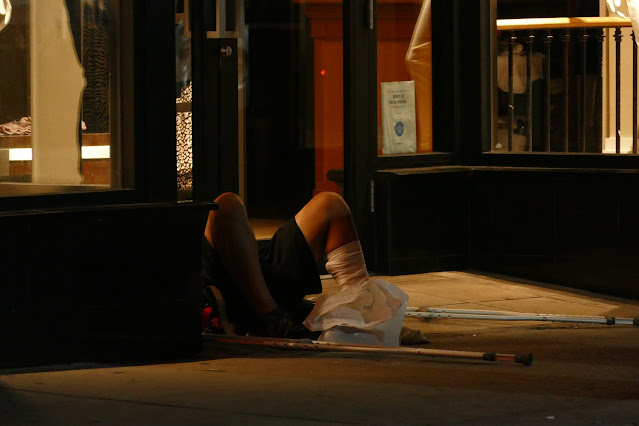 I enjoy the freedom of not making money from this page, or from my pictures at all. Much is made of the word Freedom but the actual practice of freedom is a tough call for most people, indebted indentured and aspiring. "Independently poor" is what Webb calls it and he has a point. I don't envy the youngsters trapped in a cycle of making videos to live and having to live a particular way to make the videos. Then they have to deal with the avalanche of negative comments if they are popular.  I noticed after my accident and near death the persistent snarky comments dropped away as I suppose being nasty to a man at death's door was beneath even the trolls. Getting squashed was an extreme way to shame them into silence I suppose but inadvertently it has worked. 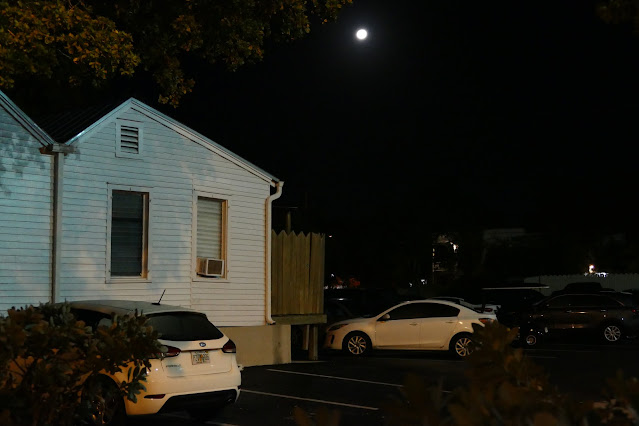 This is my world, a blank page, some photos and the thoughts in my head. I like history, I like geography and I love the ability we all have to be surprised by something, to be curious about something and then look it up and find out the reason why. Far too many of us are just to lazy to go exploring online. You would be astounded how often people call the police department and  expect me to know arcane legal issues off the top of my head. I try to be patient, if 911 isn't ringing and explain I'm a civilian with no training in the law but because I say "Key West Police" they expect an answer.  I try to explain that my job is to take calls for help and to send help but still they press me. If I can't palm them off on an available officer I turn to Google and read the results over the phone to a caller who by now has understood that is what they should have done for themselves in the first place. How old do you need to be to ride a motorcycle without a helmet? Is Florida's firearms permit valid in Connecticut? Don't call 911, Google it because I haven't a clue. Need an ambulance? That I can do. 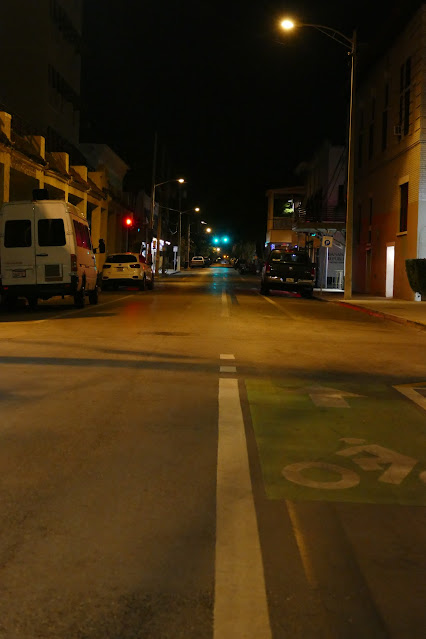 The well meaning tourist couple on the Key West video looked around Sloppy Joe's and remarked the place must have some history. No duh, not that they had a guide book or came armed with the investigative instinct of a traveler. But the good news was they had some really interesting cheese on their sandwich. They held it up to the camera so we could see their hard cold melted orange cheese. It was extraordinary judging by the comments from the audience who were delighted by this bland superficial supremely uncurious view of  Key West.  The question I was left asking myself was, where do I go for my nostalgia views of Key West after I get in the van and go exploring for myself?  Perhaps I ought not to leave and just sit here moaning and grumbling until time runs out...
Posted by Conchscooter at 12:00 AM 8 comments: