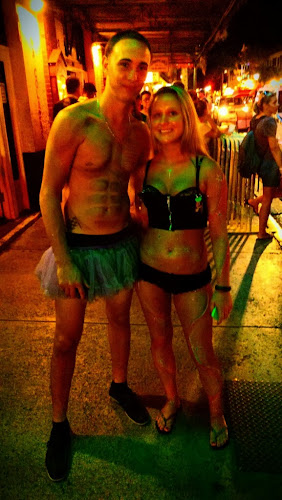 It was a drag but I had to go to work so I could only take a quick early peek at Duval Street yesterday afternoon. The sun was shining as usual, and it's particularly muggy at the moment as we await the arrival of a slight cold front Thursday which should bring strong winds Friday with near perfect conditions for the big parade Saturday night. 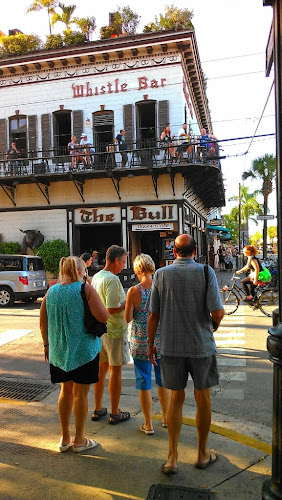 So far Duval Street during the day is pretty low key. I did see a few elderly uncovered breasts appropriately pastied and at least one guy in a tutu and another dude in a tartan skirt, not really a kilt whose photo managed to get away from me. 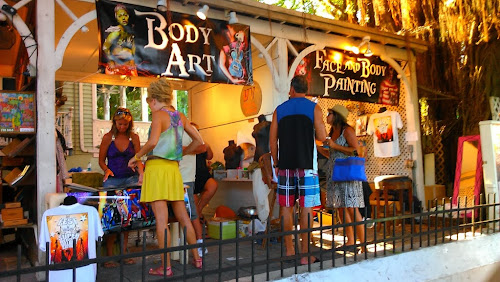 Everything else was pretty quiet honestly. Boring even. 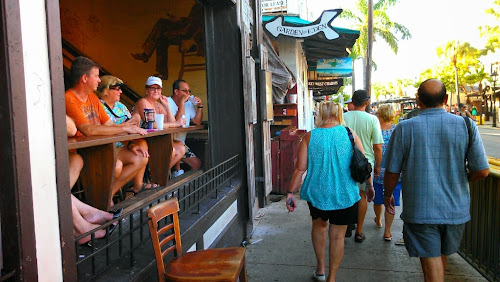 This is the week of parties leading up to Saturday and it is my great regret I could not witness the tutu race, but the headdress ball I don't mind skipping. Black white and red parties are also the order of the day. The color requirements given them a bit of Alice in Wonderland favors. 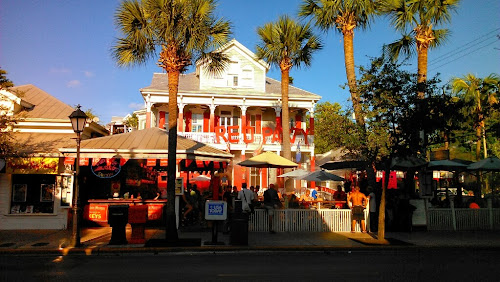 For those of us who,live and work here life goes on as usual, pest extermination at Irish Kevin's or police dispatching for me. My wife teaches classes as usual this week but we are planning on watching the local's parade Friday evening. I will be working nights this weekend so the big parade I'll miss. 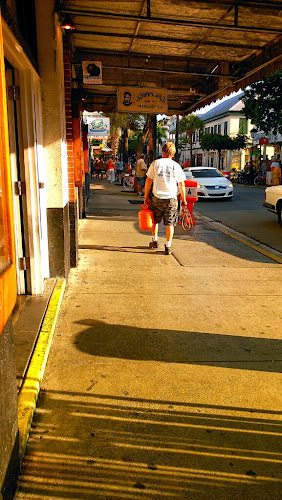 There area lot fewer hotel rooms this year but no one seems to be worried about it. Planning a Fantasy Fest visit requires forethought and preparation. Last minute beds are not generally available and planning to sleep in your car will not end well as neighbors are hyper vigilant and are particularly not keen on having people camping on the streets. They will call you in if you decide to camp. 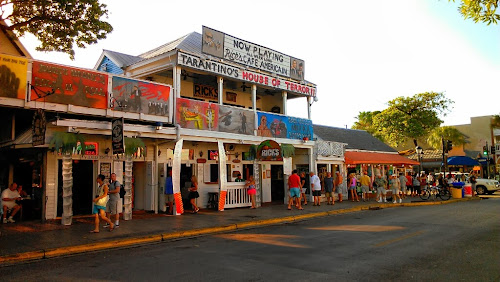 During a season of not many visitors Fantasy Fest suddenly injects crowds into the city which is a it jarring after a few weeks of peace and quiet. 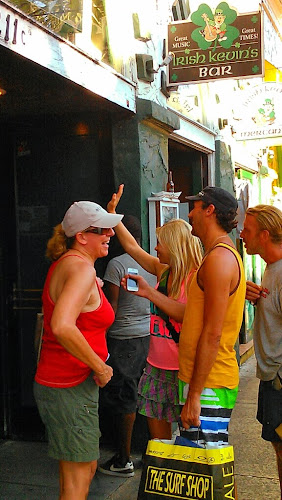 That really is the whole point, to fill beds and bars and restaurants at a slow time. 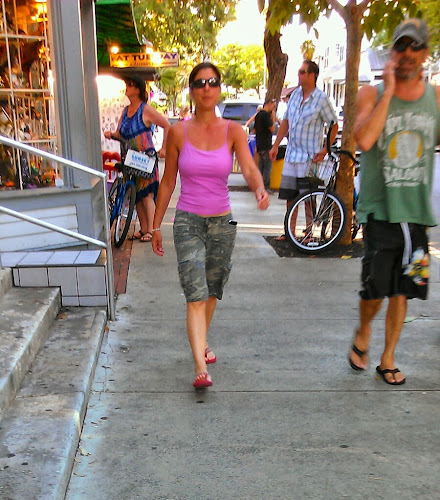 People are still pretty shy about getting naked and everything, that generally starts later in the week. The rules are pretty clear, no genitals, pasties or paint on women's nipples and cover all butt cracks. Drinking is allowed in the Fantasy Zone whe. It is clearly marked between Simonton and Whitehead Streets. 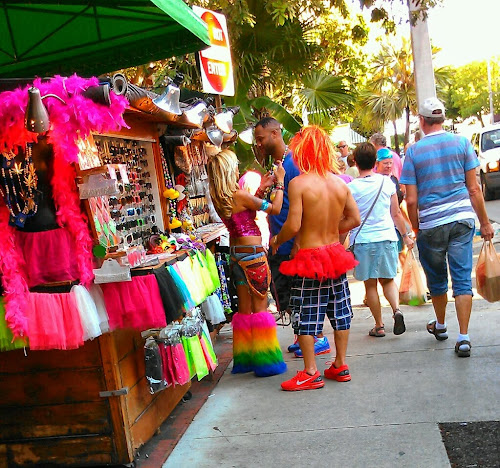 For now things at least by day are pretty tame. 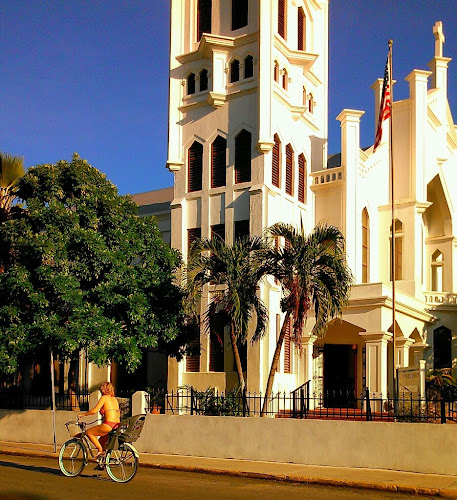 From what I hear there is quite a bit of bar activity after dark but its nothing you wouldn't see on a busy winter's night. 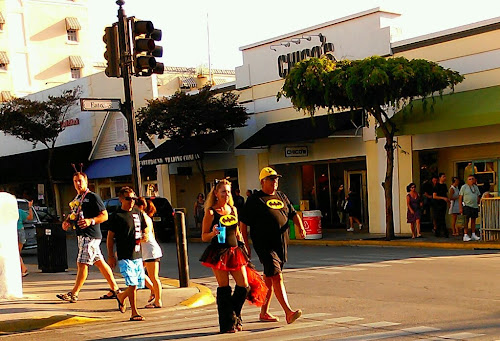 If you want to go (nearly) nude but you can't paint, don't worry as there are lots of booths waiting for your business. 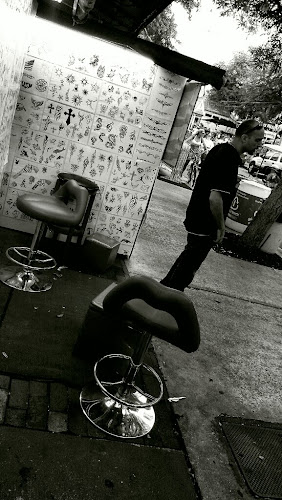 Photography will get pretty intense as the bare flesh starts to appear..! 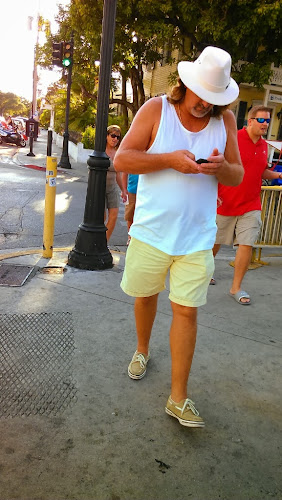 For some locals it's a time to make money: 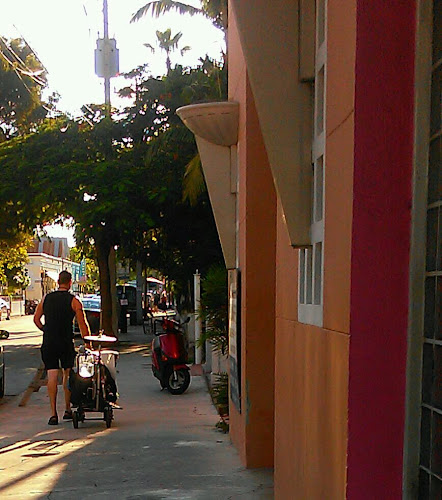 The shortest skirt I saw was as I left to get back to my scooter on Eaton Street. 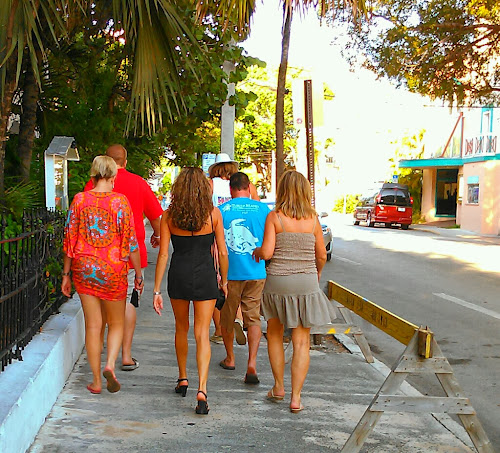 An appreciative French tourist gawped as she passed and remarked to his wife that it was an actual dress, at least that's what it looked like to him and his prepubescent daughter. His wife was laughing in a very Gallic way. I guess we look like rank amateurs to some sophisticated people from across the way.

But wait! I got a lunch break during the early part of the night! What a difference a few hours makes! I went to the corner of Duval and Greene, near Sloppy Joes and took pictures in the light available. Enjoy! 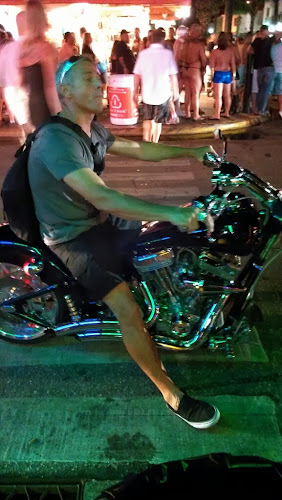 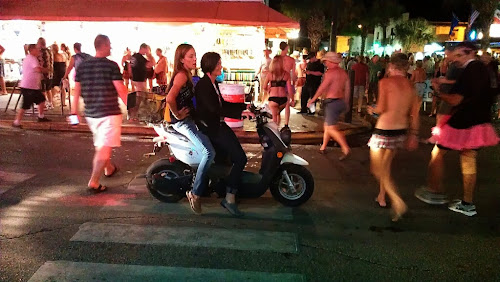 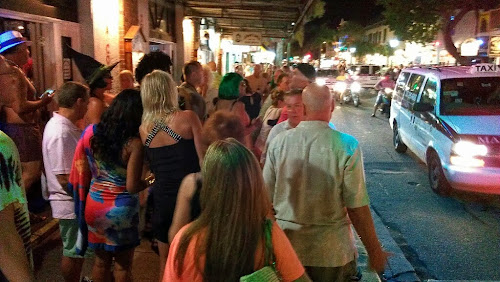 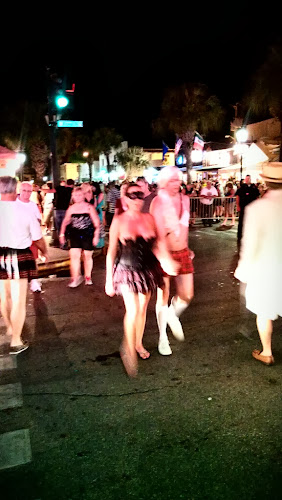 Approaching Duval on Caroline an old dude and a young naked woman took me by surprise...and strolled on by as I pulled the camera from my pocket. 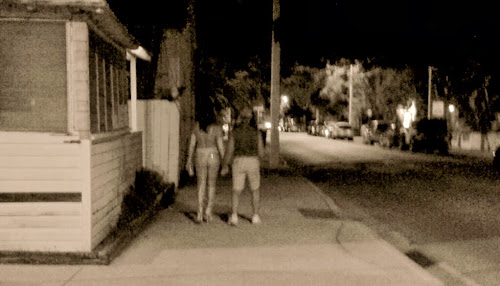 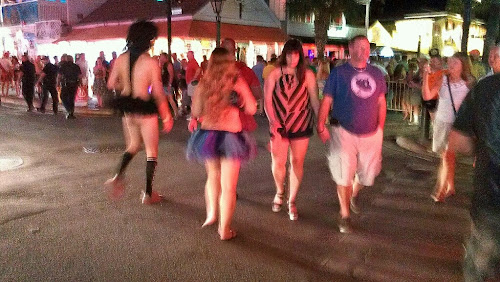 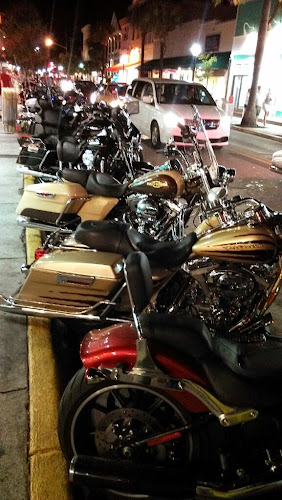 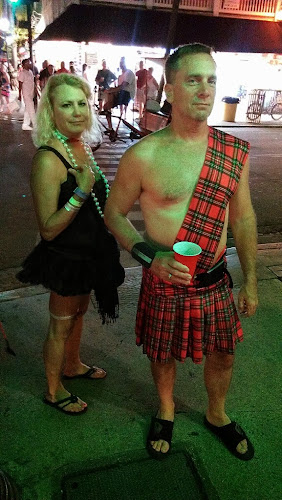 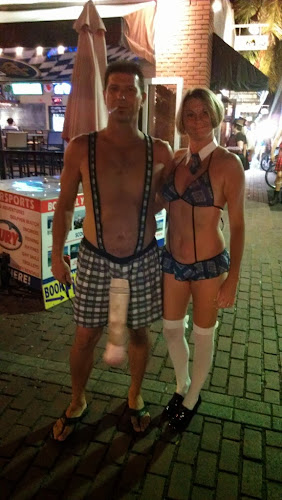 Here we go once again, Fantasy Fest 2013 is swinging, as it were.