The muted colors of sunset at West Summerland Key. The yellow stripe in the water is the containment barrier for the construction underway along the back under the highway. 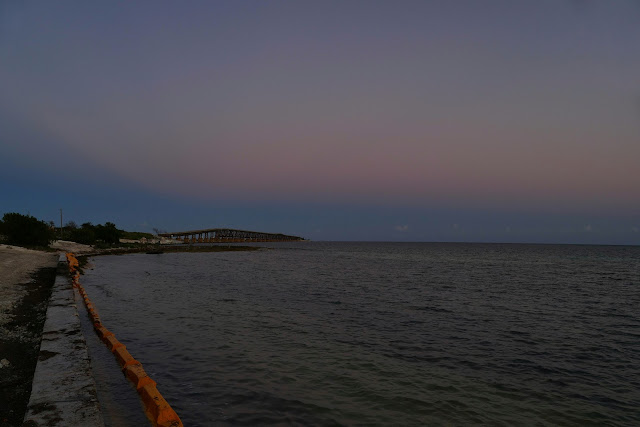 In the west the setting sun, far north still on the horizon throws a golden glow. Looking out across the water I am reminded of the nights spent at sea watching the darkness eat up the surroundings. 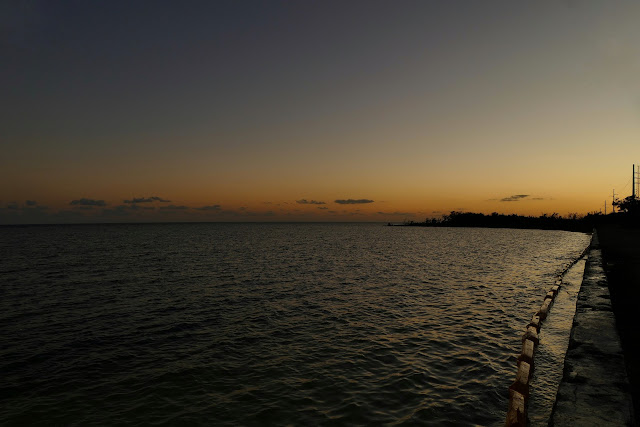 My colleagues at work got on the subject of sailing overnight as the discussion surrounding a recent boat crash developed into generalized talk about being on the water in a  boat. There was a report of a boat crash where one person was killed when another motorboat carved a path through a boat tied up to a mooring. 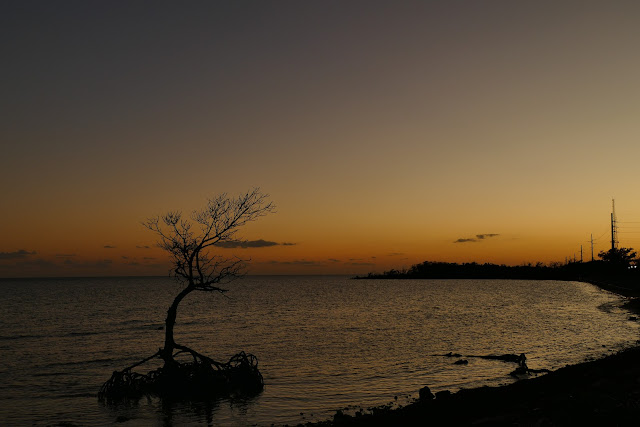 Apparently the offending boat was being operated by two thoughtless people who set the autopilot with the engines at full blast and then disappeared into the cabin. For some reason they set a course that had them slicing the moored boat in two. 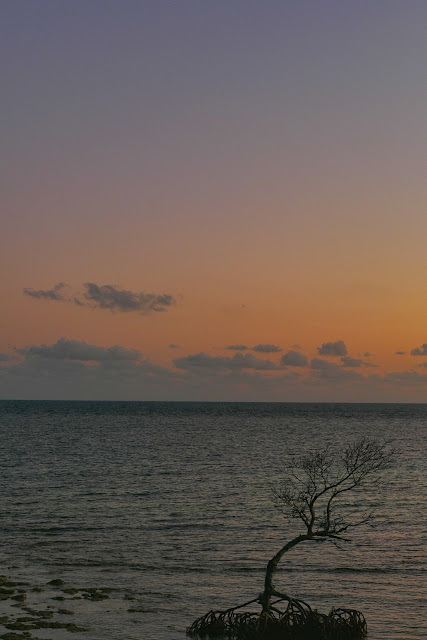 Aboard the victim's boat two elderly men were I believe fishing and one of them saw the impending disaster bearing down on them. The owner of the boat, in his 80s  couldn't move fast enough and while his passenger leaped to safety in the water the owner was caught by the speeding boat and died in the impact. 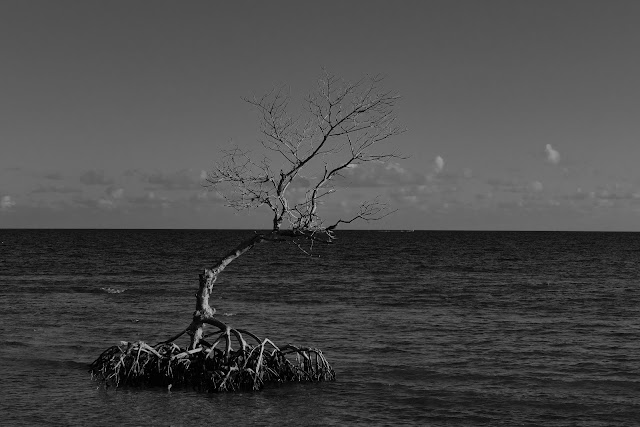 The discussion became one of how to cope with night travel on a boat and as reluctant as I was to get drawn into the spirited discussion I was the only one present who actually had experience of being on the water out of sight of land at night. I explained a little of how a sailboater copes. 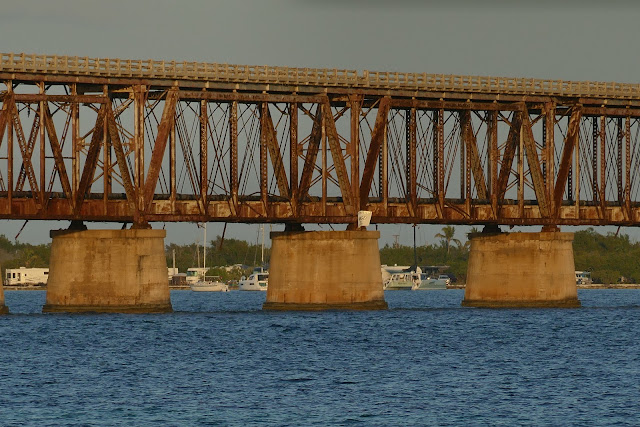 Of course travel at five miles an hour or even eight on a windy night isn't comparable to the high speeds they were talking about but living a  life on land the idea of moving while sleeping is an odd one. 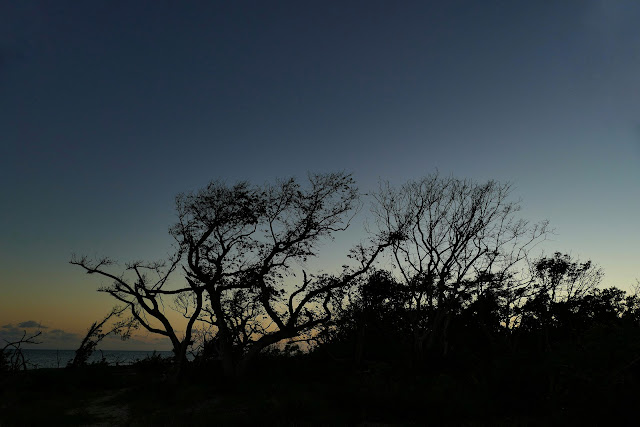 There are recorded cases of boats hitting things on the high seas, semi-submerged containers are a popular target after they fall off ships, though modern electronic navigation and satellite generated charts make hitting outcrops of land much more difficult.  Not impossible but harder than a generation ago when maps were approximate and navigation had an element of inspired guesswork. 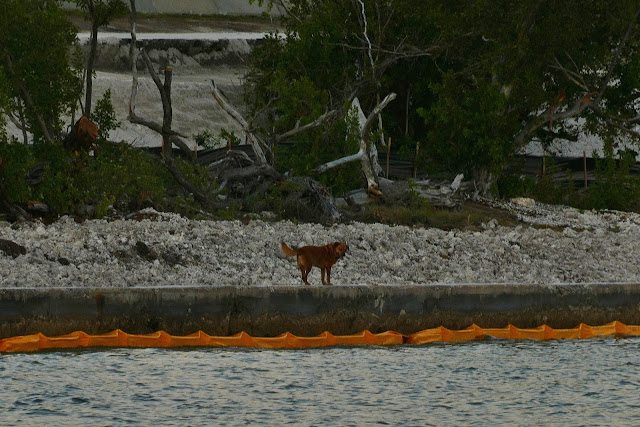 But to be walking Rusty on land at dusk with no one around and only the rushing of a few cars on the highway, a permanent feature of life in the Lower Keys, is a simulation of dusk away from land in the silence created by an absence of people. 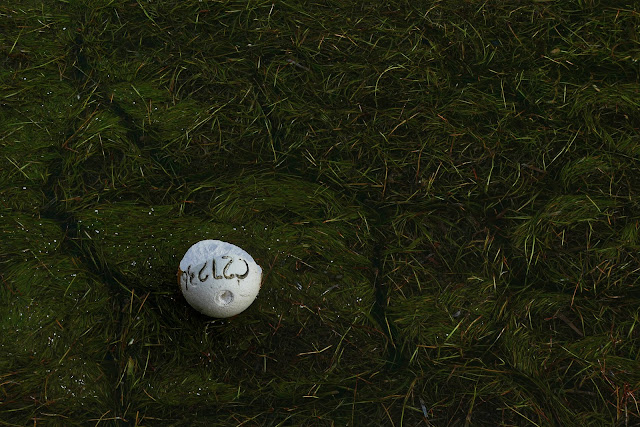 Seaweed gets blown into the seawall in greater and lesser quantities depending on wind and tide. 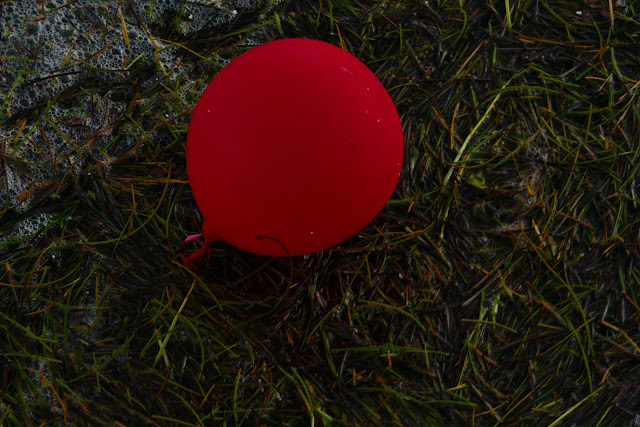 And on the seaweed you find whatever has blown up. 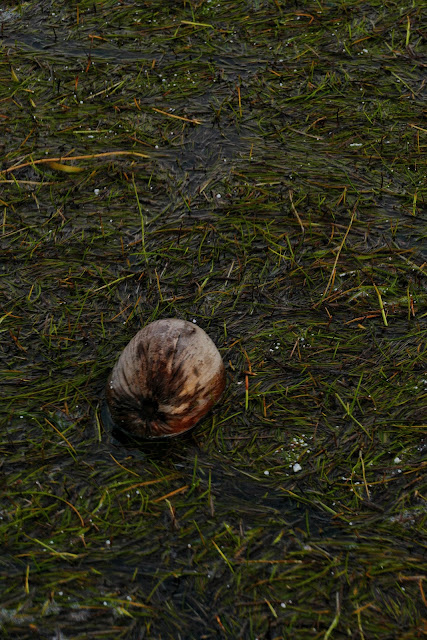 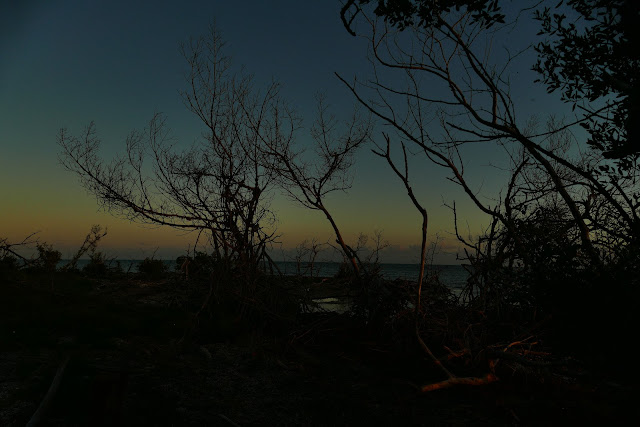 And then when it got dark Rusty didn't want to go home right away so we sat next to the car and watched the traffic in the gathering darkness and felt the cool evening breeze until my phone jangled and Herself summoned us home to dinner. Just like Christopher Robin and Pooh. 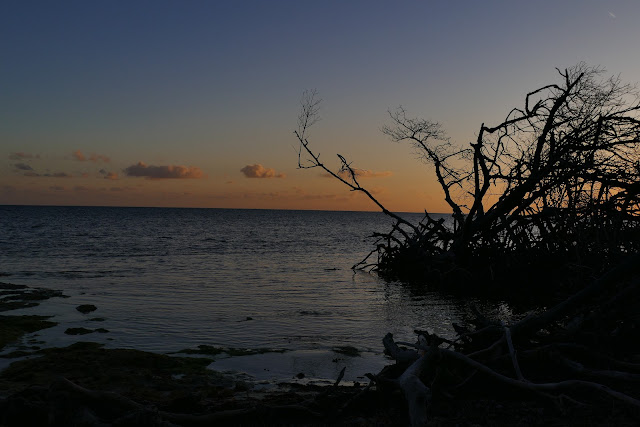