I started on Simonton Street catching corner windows of the county Gato building
illuminated against the night. 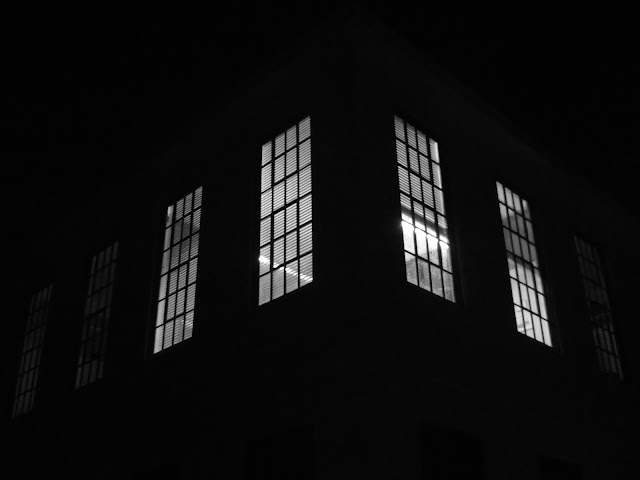 Then I noticed the paint scratched letters on a Duval Street store and they put me in mind of the general sandblasting given the Keys by Hurricane Irma. Everything goes back to that whether or not it's true. 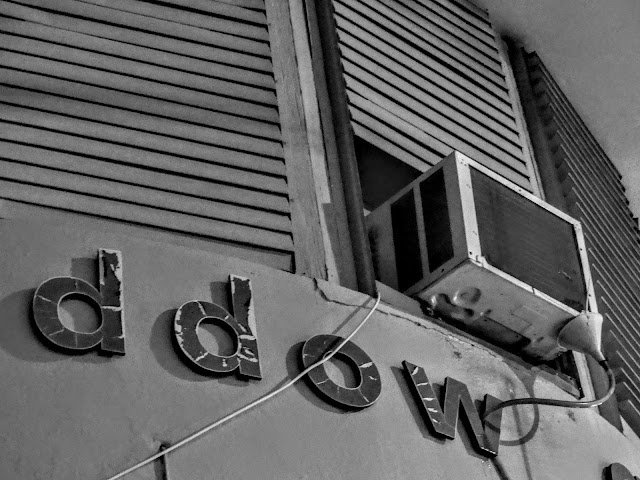 Rusty marched off into Bahama Village: 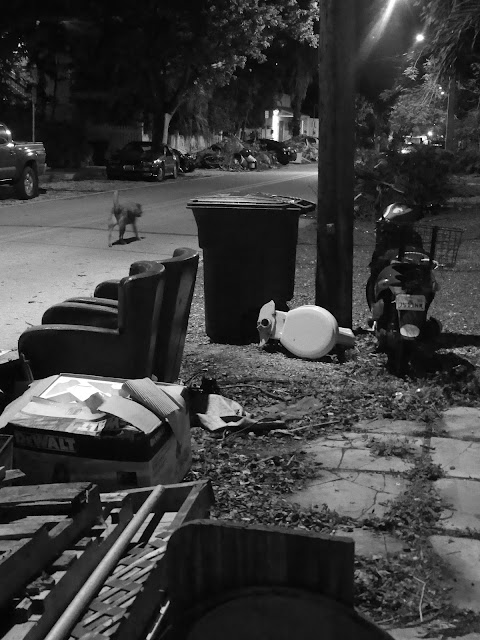 These piles of garbage are fascinating to him. 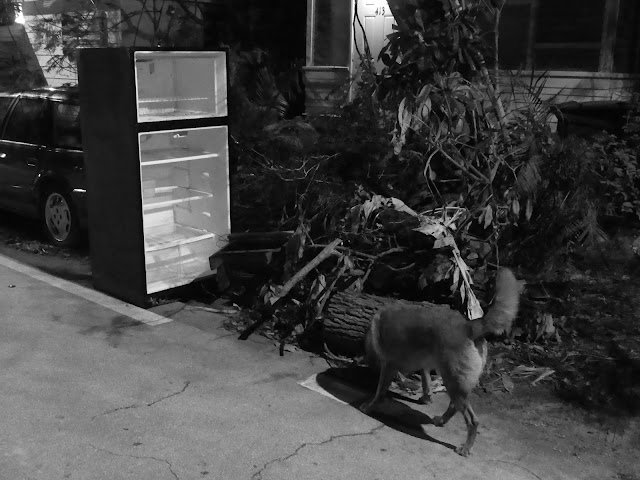 I find myself standing around waiting for him. Then I wonder t the elaborate  window grating and the ghastly plastic sign tacked next to it. 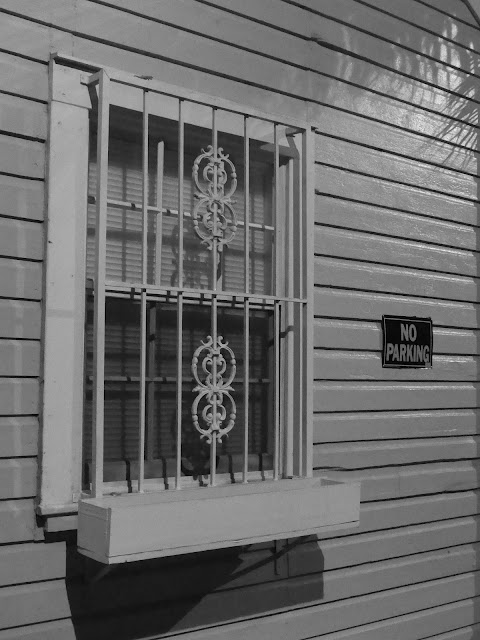 Such an intricate mosaic survived the wind: 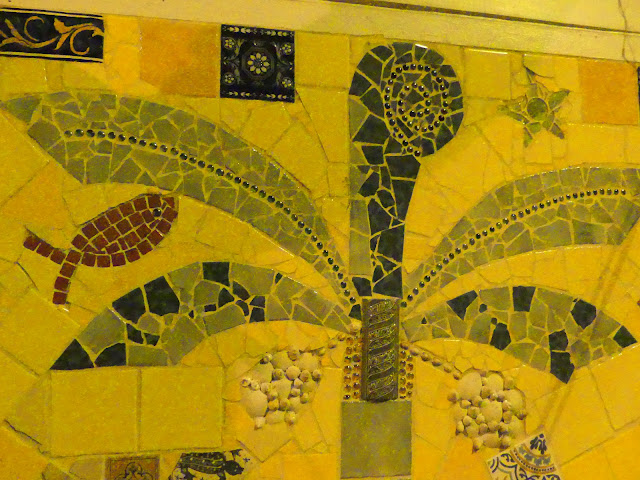 I caught this reflection in a car window: 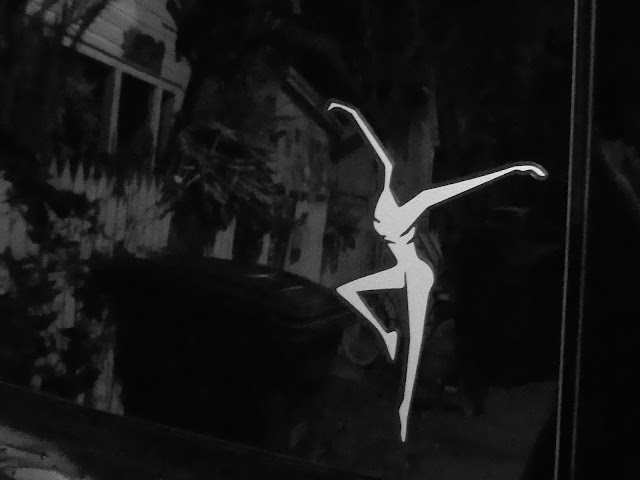 I had time to spare to stand around and see what I liked. Rusty was head down. 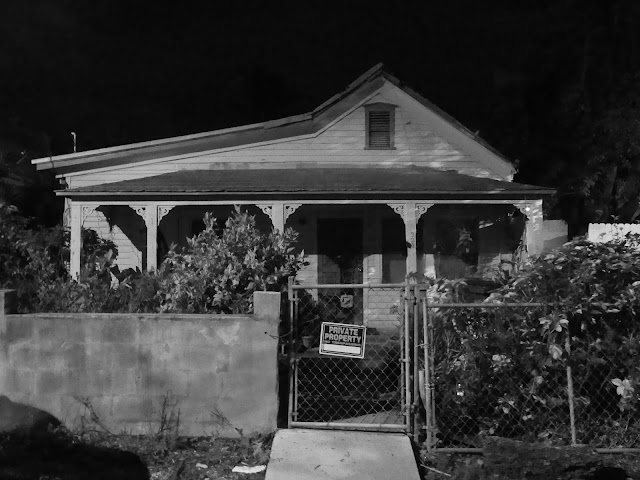 A construction van of some type seems to be outside every home these days, whether they live there or work there. 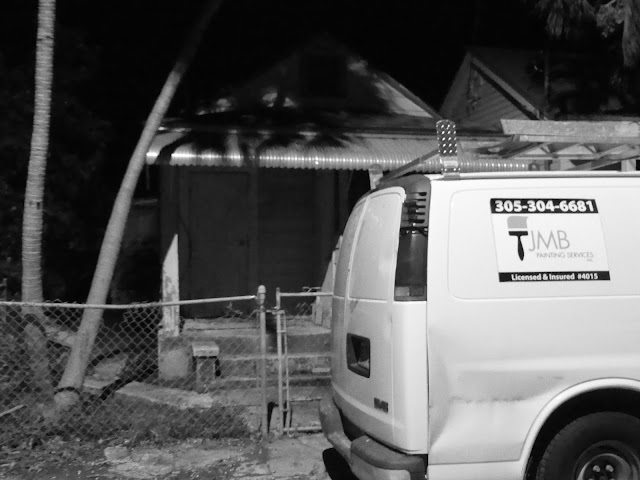 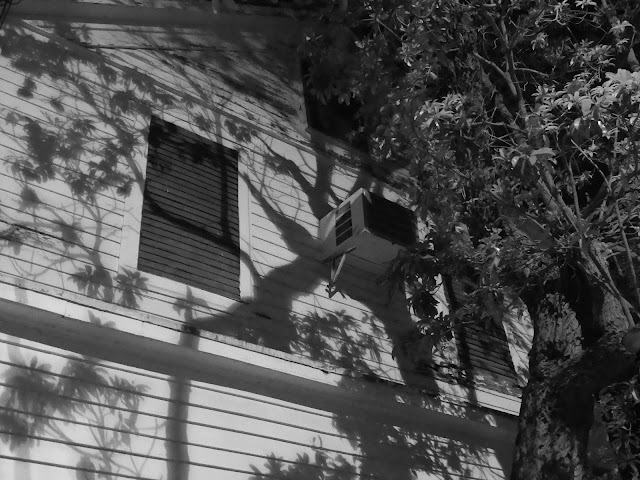 The Sym Wolf Classic, a 150 cc motorcycle that I like the looks of very much. In Europe these retro bikes using replica Honda 125 engines are very popular. 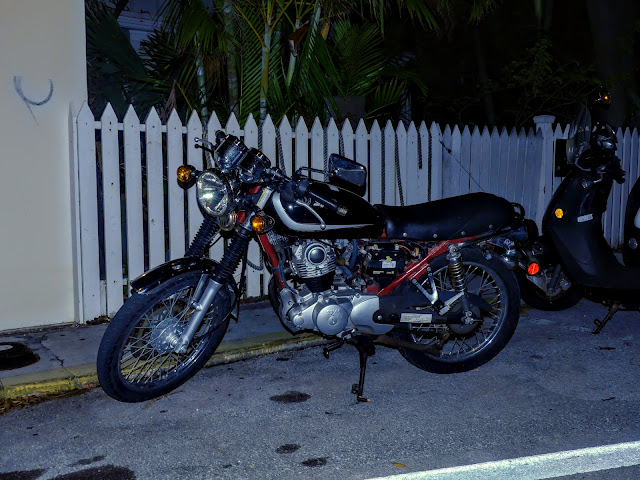 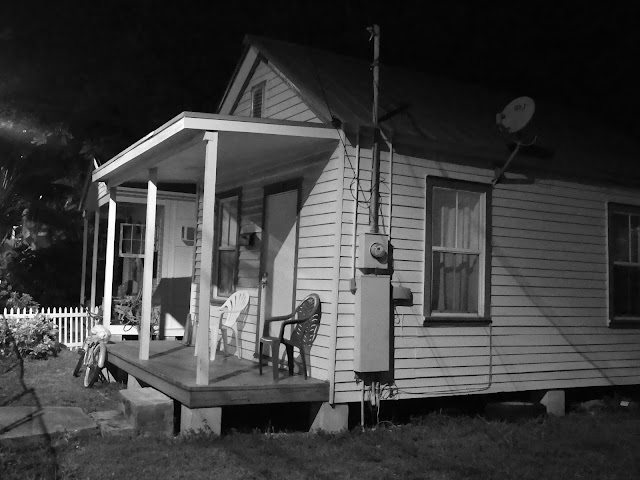 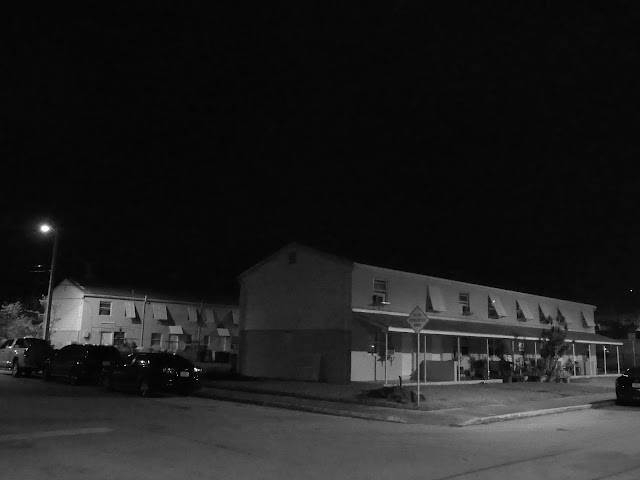 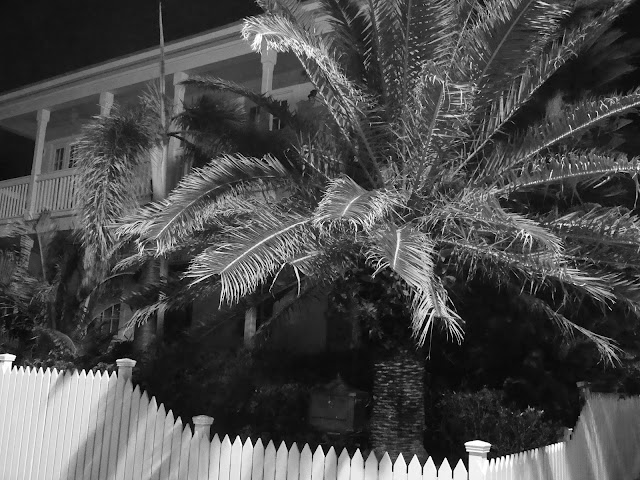 This is an imperfect picture of the community pool which deserves a much better representation: 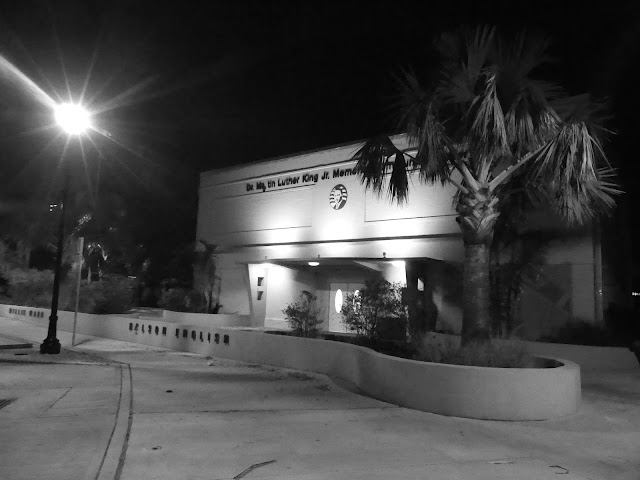 This I liked as it appeals to my puerile sense of humor: 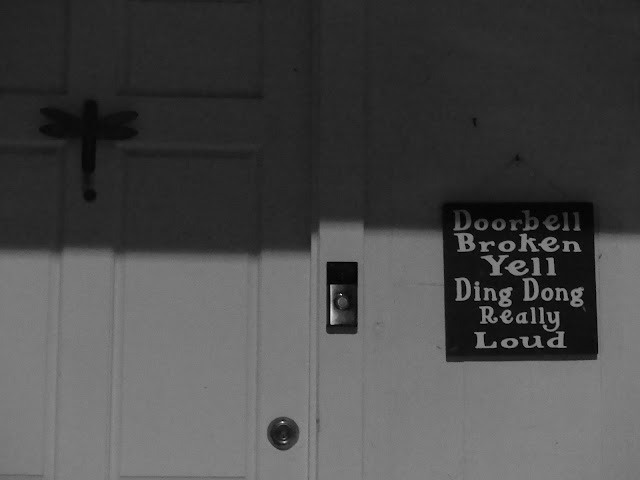 Why did the coconut want to cross the street? Because...I've forgotten the punch line I made up but it was  a clever pun I thought up. Something to do with being Irma'ed. 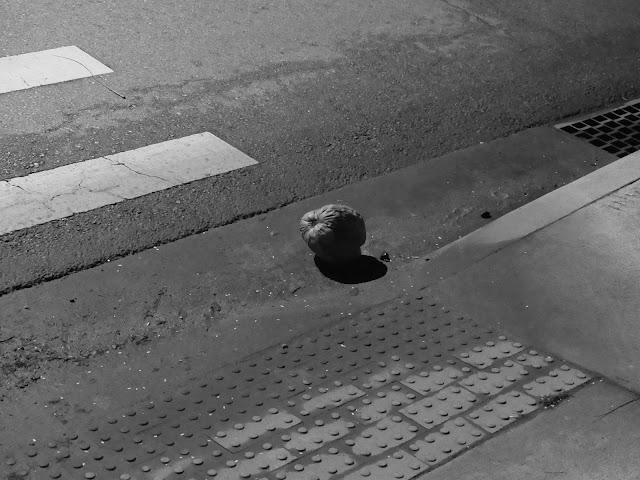 Rusty and the defaced Southernmost Point: 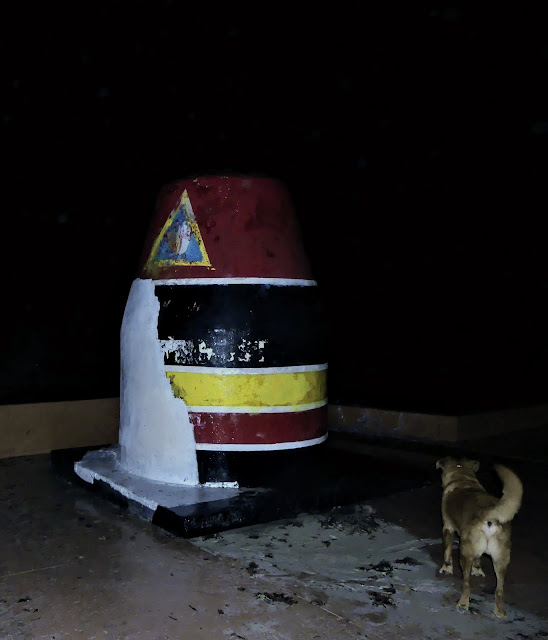 Wind strong enough to peel paint. I hope never to see that again.
Posted by Conchscooter at 12:00 AM No comments: