The start of another week in Key West and a few other inconsequential places around the globe. 80 degrees by day and 70 degrees by night for the foreseeable future. Bummer. We have no exciting weather forecast though power did go out on Ramrod Key for a few hours Saturday afternoon. I found out when I woke up and the house was hot and still and some impatient berk across the canal was running a buzzy generator to keep the all important electrons flowing. I read a book in the sun. That was the weekend's excitement while snow smothered people elsewhere and power went down and left people freezing. I cannot imagine being poor, covered in snow and lacking any form of heat. Way too exciting. This is Key West Bight seen from Trumbo Road near the Coastguard Station. 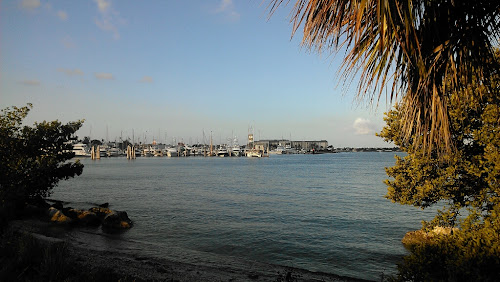 We paused to listen as the National Anthem rang out at the base played electronically in modern chintzy fashion at eight in the morning, eight bells the start of the forenoon watch. After this reminder that Key West is a military town we ambled off to watch people live the tropical life. Breakfast al fresco at Harpoon Harry's. Try that in February where you live in the northern hemisphere. If you live in Hawaii take a two day road trip after breakfast and see where that gets you. 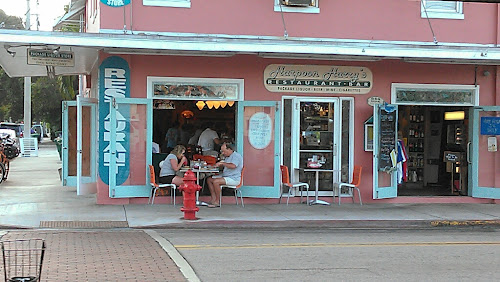 I was going to delete this missed shot except suddenly I noticed she is wearing clothing identical in color to her bicycle. I know nothing of fashion but it struck me as a bit odd. Should I wear bottle green when I ride my Bonneville? 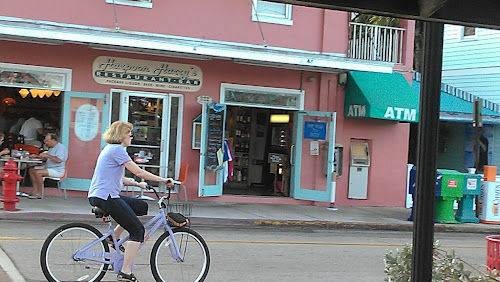 Tourists come here to ride the Conch Train and learn about Key West's Hisotry in a ninety minute tour. The trains irritate residents by their slow progress and incessant repetitive narration, the same words at the same spot on the entire tour. However, if we are going to be honest the train is an excellent way to get a start on learning about the influences that helped create modern Key West. Early in the morning some dude in a pick up was fixing something so nothing should look out of place at the critical moment when people pay to ride. 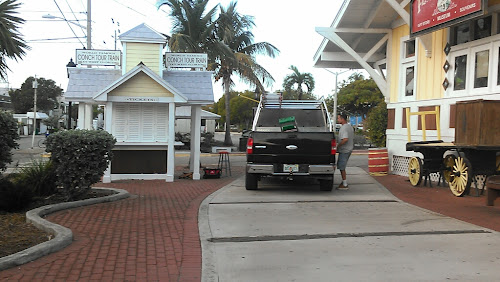 I dislike motorcycle with external speakers that play music as they ride. The sound quality is awful, their choice of music generally is the same and to me it detracts from the experience of riding. The great thing about a motorcycle snthatktlegitimatley takes you out of the world, far from phones texts and noise. You and the machine in the world. Obviously modern technology enables geeks to plug in music and phones and all the rest of it but that's for them, not for me. I ride and I am out of touch with everything but the road. As you can see below I am in a minority, my usual status. You could buy two Bonnevilles for the price of this Harley with the antenna at the back just above the tin dangly testicles(!). I ride a Bonneville so I keep my balls to myself thank you. 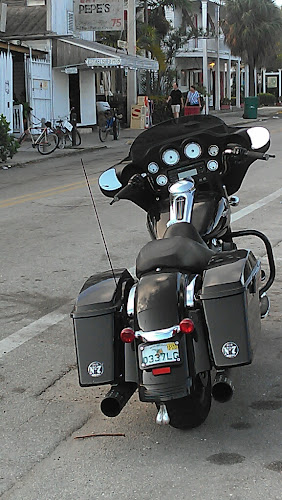 Salt life is alive and well and so deserves another shot of the much sought after mural at the former Waterfront Market, shortly to become a brew pub, they say. 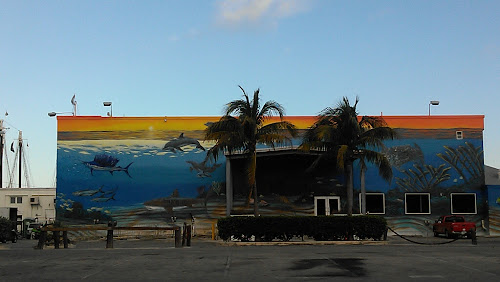 Winter is the time of year when socialists invade the Keys and supermarkets carry products from my childhood by Crosse and Blackwell Home | Crosse & Blackwell – Gourmet and Specialty Food Products which are enjoyed by residents of the 51st state, those people who pay high taxes and get socialized healthcare. They come down in droves this time of year in their expensive cars and motor homes, all they can afford because they live in the workers frozen gulag called Canada. So we impoverished tropical 99 percenters try to get them to release their overvalued dollars to us and Buddy Owen has come upon an interesting scam. It's well known Canadians' greatest exports are hockey and poutine and here is the American version of that; I guess that's what it is. It loos pretty good, certainly better than proper Canadian fries and brown sauce. 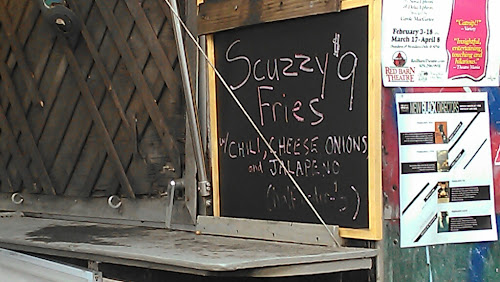 The startling new addition to Schooner Wharf is coming along nicely if this big white box looks nice to you. It will probably blend in nicely with the new hotel that's scheduled to go up across the street. 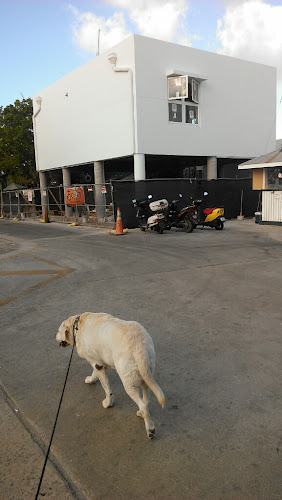 I was struck by the numbers of tourist boats parked in the bight, all red yellow blue and orange stripes. 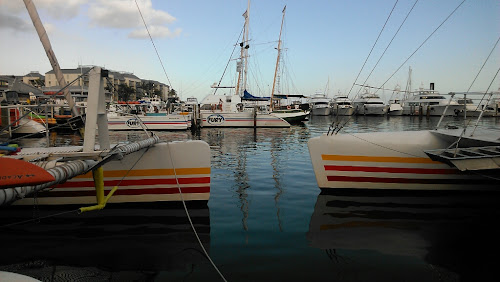 There are booths all over the city ready to sell you a ticket if you want to go for a ride. Early morning is a good time to get in depth low down on the various rides: 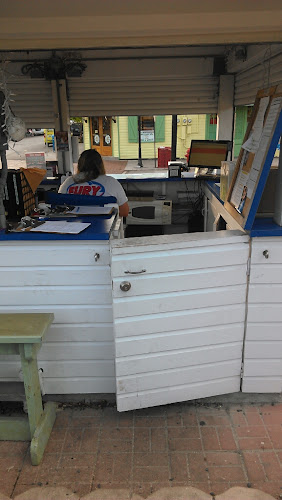 Damn! My dog's having a second breakfast again. Check out the trash can not fifty feet away in the background. Alcohol does not make humans into better people. 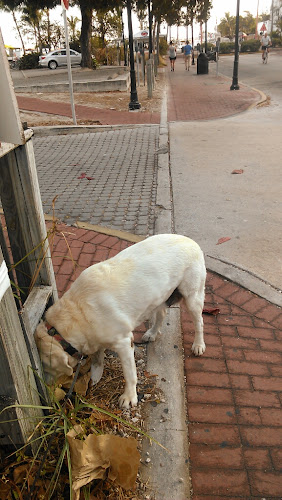 Then I goofed off for a while. I took this picture of public housing in Bahama Village and I liked it. So I messed with it. 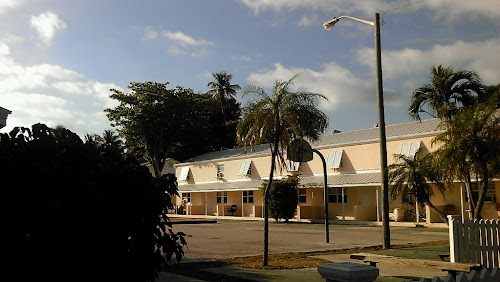 Cheyenne was busy so I made it into sepia. 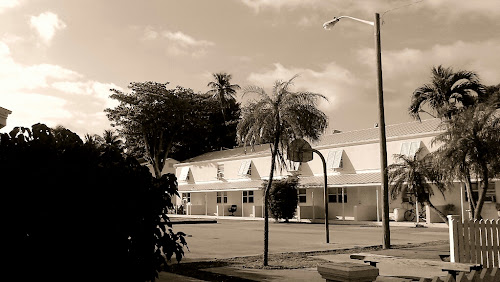 Then I took the sepia and did something else with it. 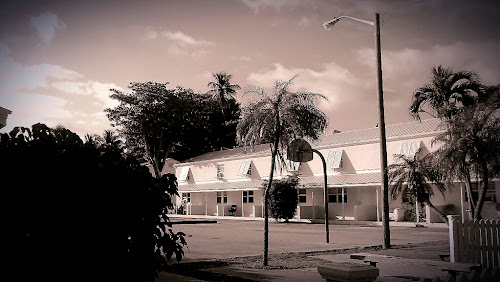 Have a great week. Mine's off to a good start.