There used to be a time, and I'm dating myself here when even the street people managed to bring a little eccentricity to the city of Key West. I well remember one guy with a shock of red hair (hence his nickname) who used to hang out shirtless and one armed on Caroline Street begging beer and waving merrily with his one remaining arm. He got offered a part in Pirates of the Caribbean when the first movie was made, as producers felt he looked just like the sorts of pirate they wanted to depict surrounding Captain Sparrow. 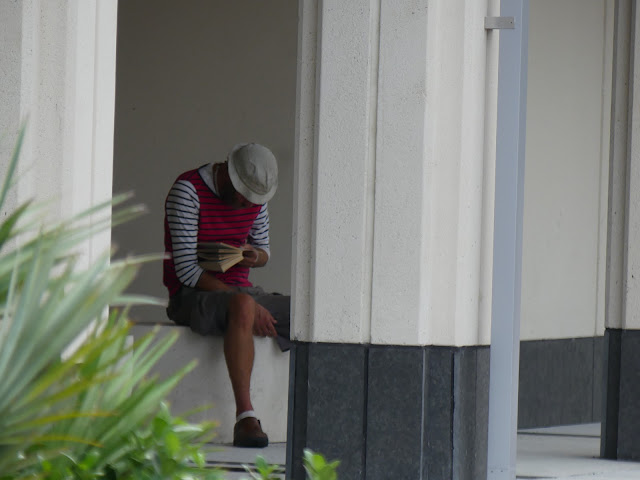 Perhaps I am simply jaded or perhaps the quality of the street residents today are like their housed neighbors becoming less bohemian and more mainstream. Which is not to say there is any shortage of scruffy oiks on bikes or on foot wandering around the warmest city in the mainland USA, but they don't seem to be burdened with too much of that essential spark that lifts them out of the street and into the world of lovable eccentrics. 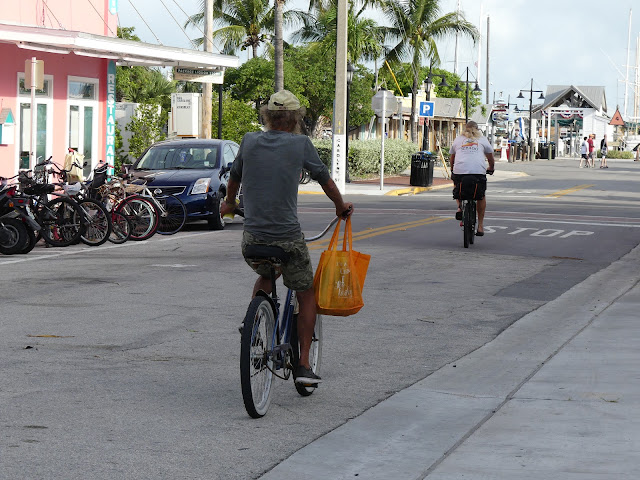 And yet they gather and when they do the issues with vagrants in Key West become apparent. I hear a lot of complaints from people harassed by the homeless but I have to say they never bother me, or my dog. They smell bad they get drunk they don't add much o he ambiance of Key West. 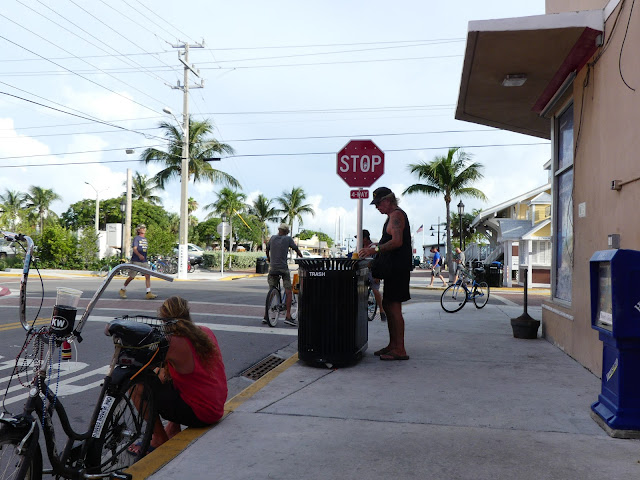 Key West though adds a lot for people who need help and as it generally costs about five thousand dollars to move in to a rental apartment there are a lot of working poor in the city. They get free bed space at KOTS, the Keys Overnight Temporary Shelter on city property on Stock Island. There are showers and a mail drop so working stiffs can have a valid address. Its one part of a network of shelters and transitional housing that this rather small community does offer to people seeking a way off the streets. Granted there is not a lot of available low cost subsidized housing I remain quite impressed by the range of help Key West does offer. 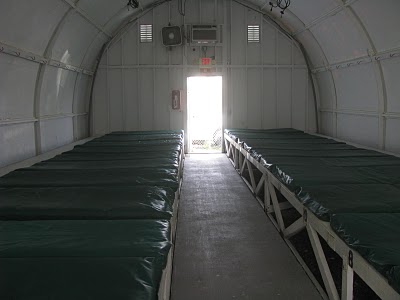 Which leaves us wondering why so many people end up on the streets. And let me note not everyone ou see on the streets is necessarily homeless. Read your hone waiting for the Library to open and you could be mistaken for a residentially challenged member of the community. 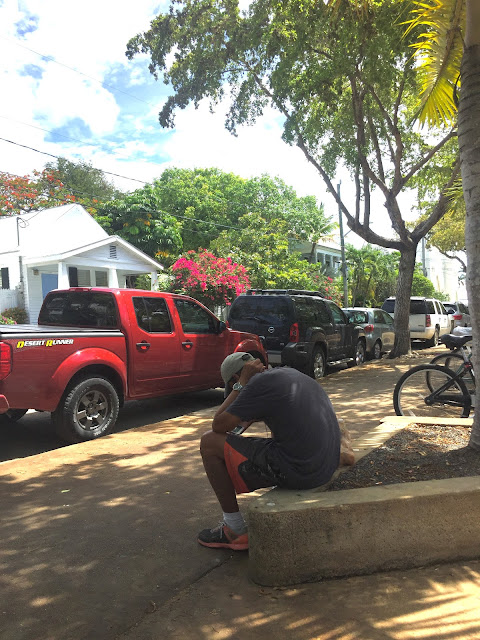 The thing is the State of Florida has a rule enacted by the state Supreme Court that local government may not arrest vagrants if they do not offer approved secure sleeping locations. So if the city were to do away with KOTS there would be no recourse for sleepers on the city streets at night. As it is there is no eligibility test for public spaces during the day. You can't ban people from parks and benches for being dirty or smelly or making you feel awkward. 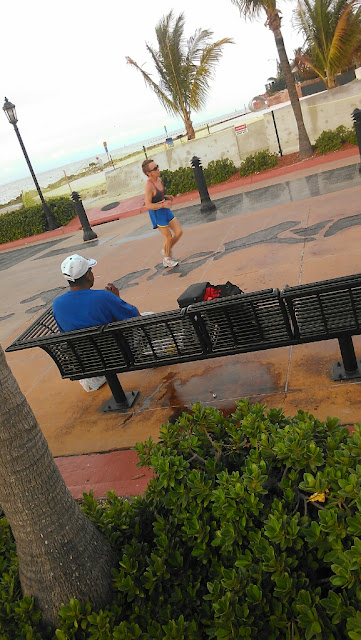 I'm not sure why the street population in Key West seems so much more visible than it does in other Florida cities with similar weather but when I go to the mainland I notice the difference. I'm not sure whether to be annoyed by the homeless or glad that there is at least some effort at tolerance in Key West. In part I don't live in the city so I am somewhat removed from the immediacy of people passing out on my porch or  peeing on my fence as happens. Then again I'm not sure who is simply drunk while behaving abominably and who is homeless... 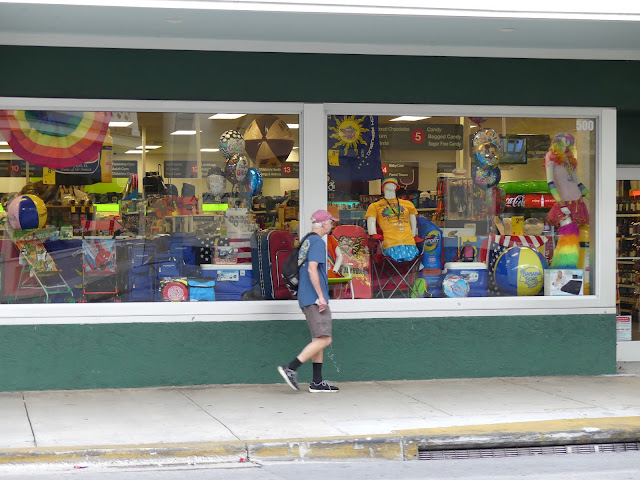 I think the part that is hard to take is the notion of street living as lifestyle. Personally I'd find spending all day doing nothing and having nothing to spend excruciatingly dull. I am not driven to make vast sums of money but some disposable income adds variety to the daily routine. Living out of a bicycle in public parks would get old fast for me. 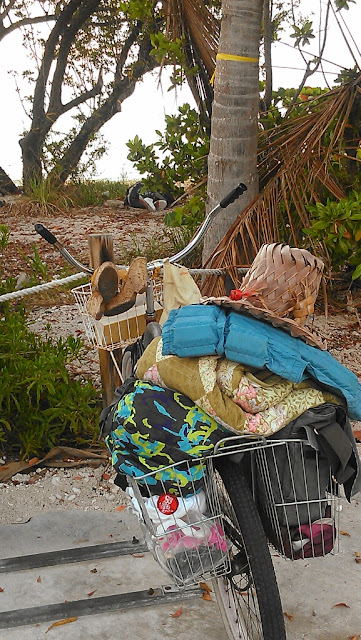 So, is a sleeper at Simonton Beach a drunk passed out, a youthful impecunious tourist or a homeless guy living the life...Does it matter? 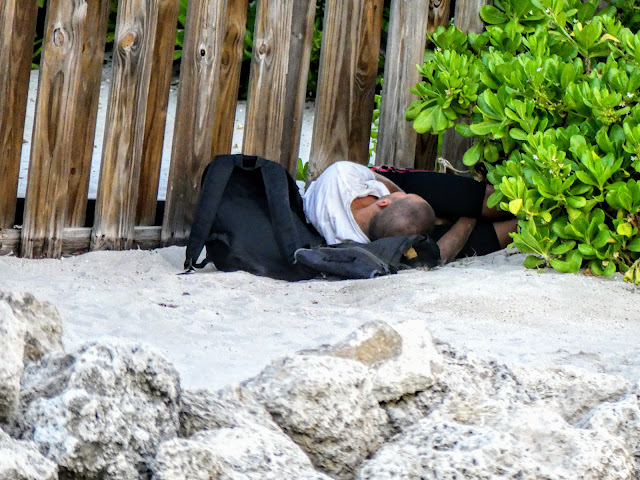 This one looked like it was a tough night that left him sitting at the monument on Greene and Elizabeth Streets. As much as some people despise the homeless vagrants in Key West I am no great fan of public uncontrolled drunkenness. In this town it's elevated to a lifestyle, as much as street living is. And it ends up being just as messy. 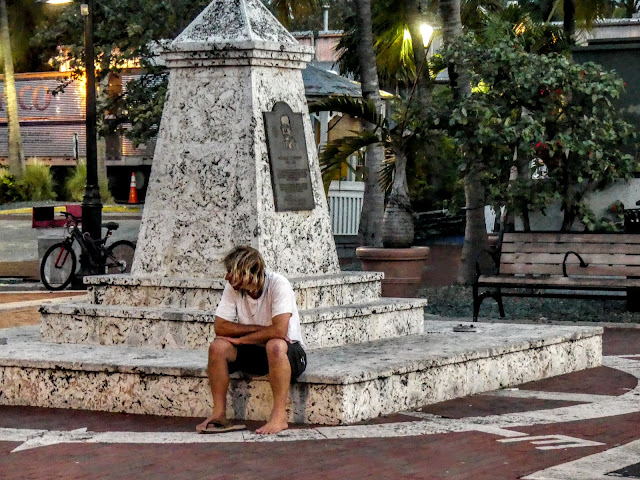 The panhandling zone, a free speech area near the tourist attractions seems to have mercifully been abandoned as a bad idea... This is a photo roma few years ago: 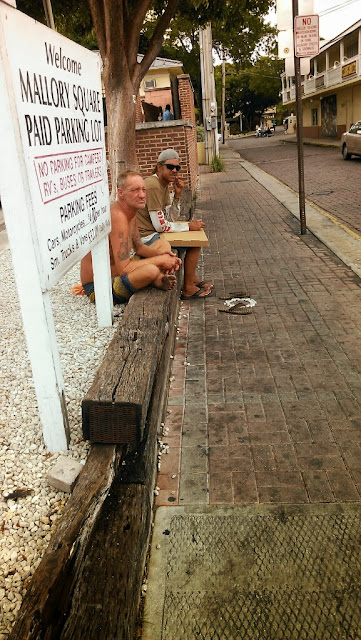 But passing out from alcohol and whatever else remains acceptable on Petronia Street just off Duval. It's the price we pay for a successful tourist economy. And police scoop them up as fast as they can and haul them off to dry out but there are just too many. 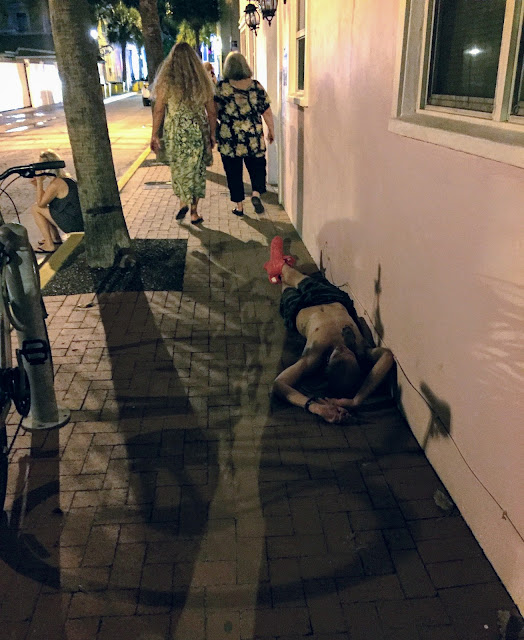 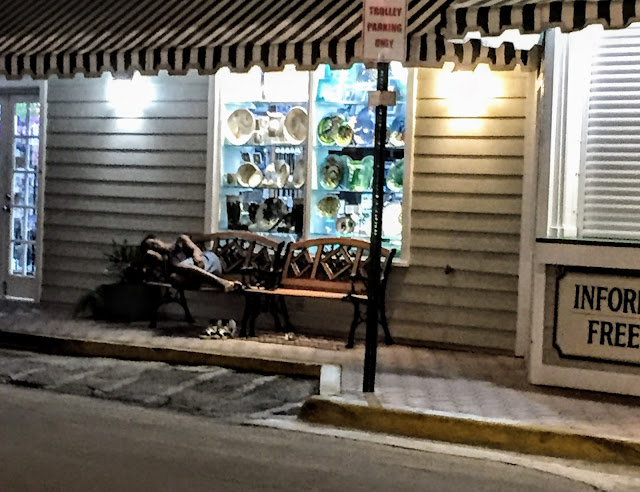 So, should we middle class worker bees be envious of the life or resentful of the imposition? Or neither? 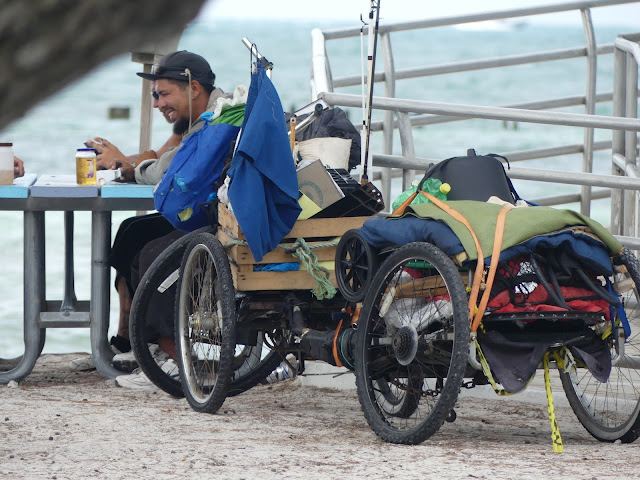 We have our escapes, an expensive coffee at Starbucks perhaps, of which there are sadly four in town competing with the tradition of local independent coffee shops. Actually it seems there is plenty of room for both and I like my green tea latte as much as the next yuppie. 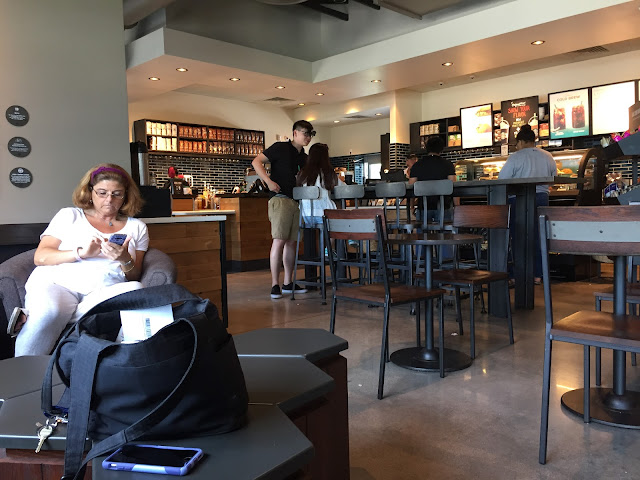 And here's another one, better off drinking coffee probably: 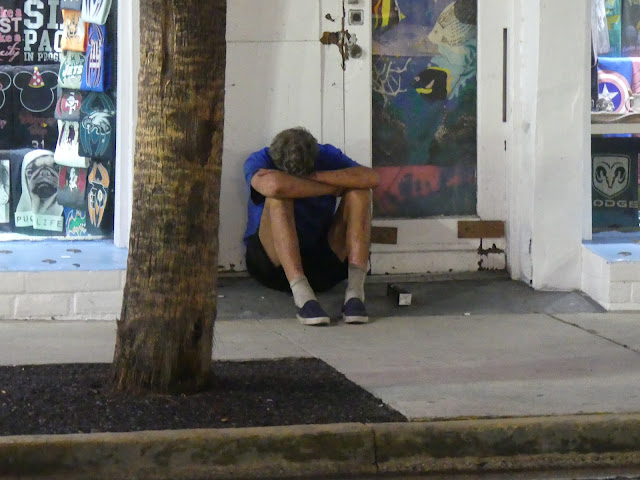 So when my wife and I retire with Rusty and take off to enjoy the spaces and cities will we become vagrants too? Will we be carbuncles on the face of settled communities we do not wish to join? 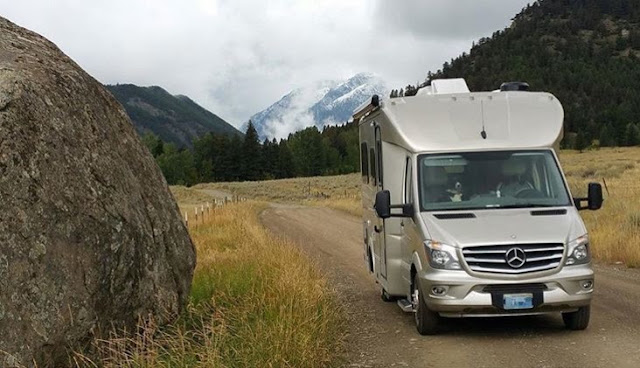 I look forward to finding out in a  few years.(Photo by Pleasure Way of Canada).
Posted by Conchscooter at 12:00 AM 1 comment: