I wasn't surprised when I got around to taking Rusty back to my favorite, and only hilltop walk in the Lower Keys and I found a feeble representation of a fence closing off the trail to the viewpoint overlooking the crumbling old bridge. 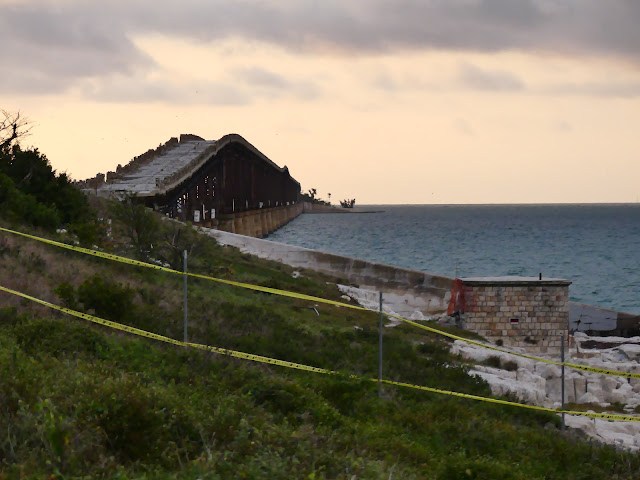 The fence's intent is perfectly plain and in a society dedicated to safety at al costs I was quite surprised it took this long to show up after Hurricane Irma wrecked the area. I did see some people wandering the other side but I am law abiding enough I didn't cross the line. 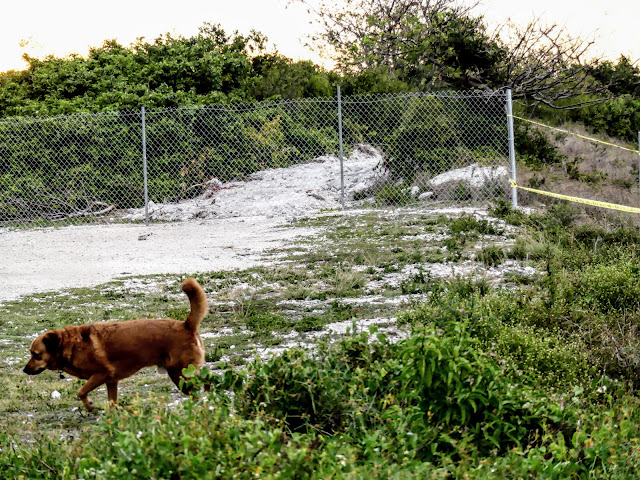 Rusty and I went for an early morning wander with my camera. 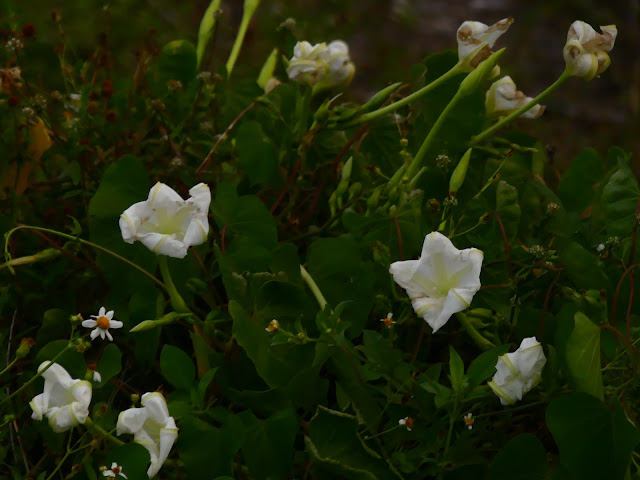 Some intrepid souls drove off road to create  a campsite by the water with a dog not much exercised apparently as he woke the occupants of the tent barking while Rusty padded silently by. 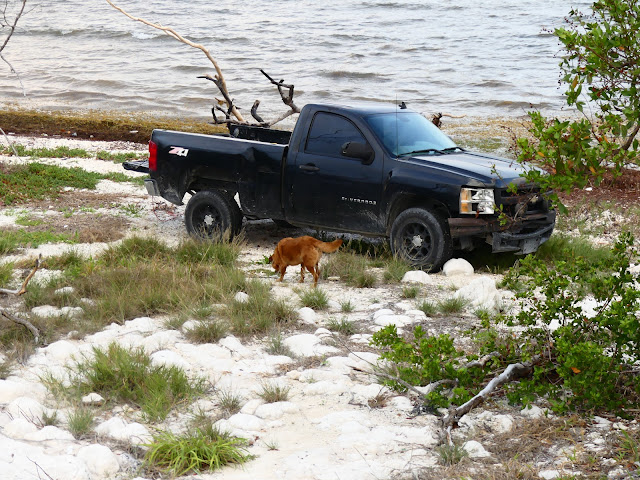 I am no great fan of driving and drinking coffee but I have to admit I am quite fond of Tervis tumblers. My wife is a connoisseur of  drinks containers to go but I am not. So imagine my surprise when I found out one of these insulated plastic cups makes an excellent tea brewing container. Much easier than using a teapot. One tea bag, ht water sweetener milk and the tea neither stews nor chills. Someone threw one of these irreplaceable cups into un-reachable place in the bushes. Unreachable by a man with a titanium pelvis. 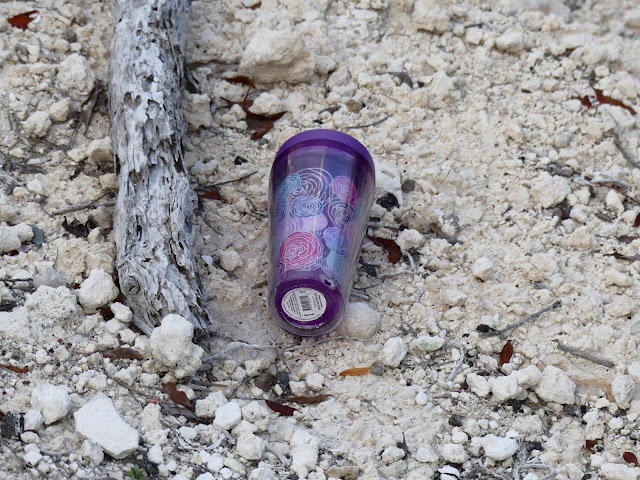 And so the old Bahia Honda Bridge, more than 100 years old in fact is still there for now, looking photogenic as the state allows it to crumble. What an excellent bike path that would make. 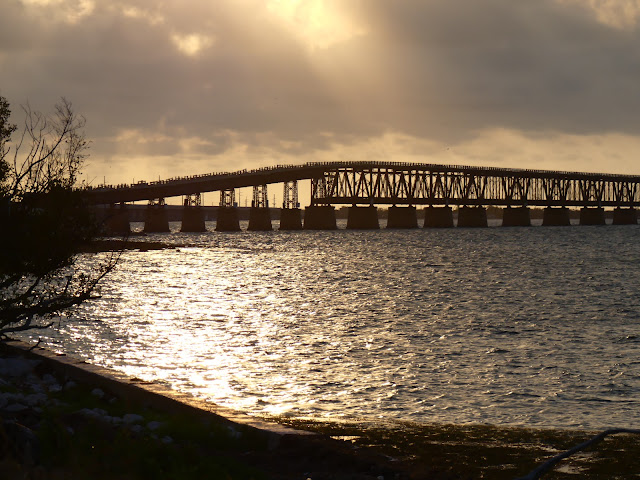 Now that I am 61 I get to ride buses for free around Key West and pay reduced fare on the Lower Keys shuttle. Neither of which do much good when I have Rusty as  dogs get to ride tranist only in Europe. 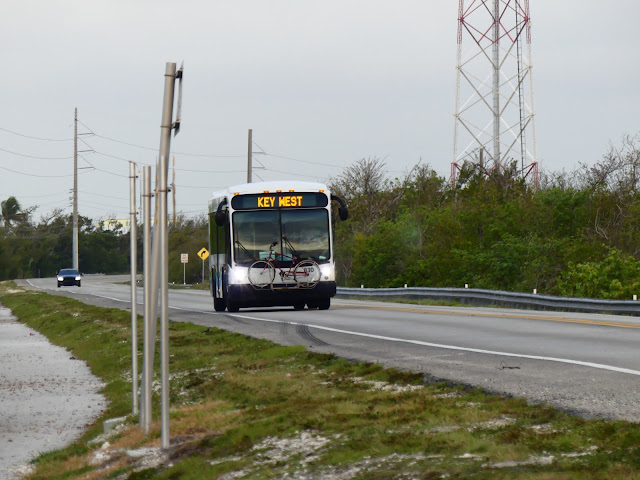 Not that he minds, he has me to chauffeur him around. 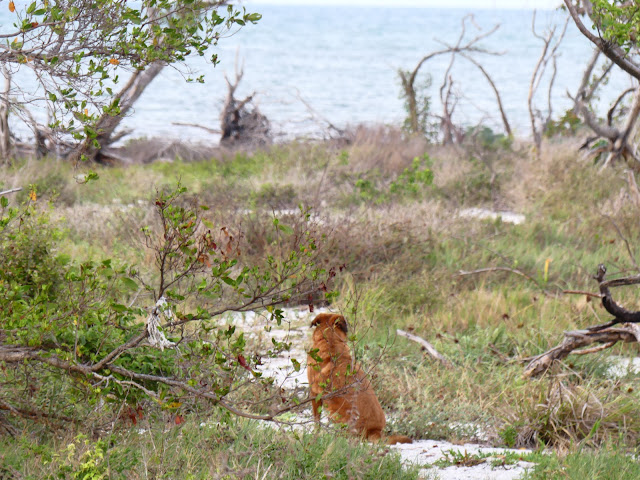 We wandered a while, alone, me with camera and Rusty without. 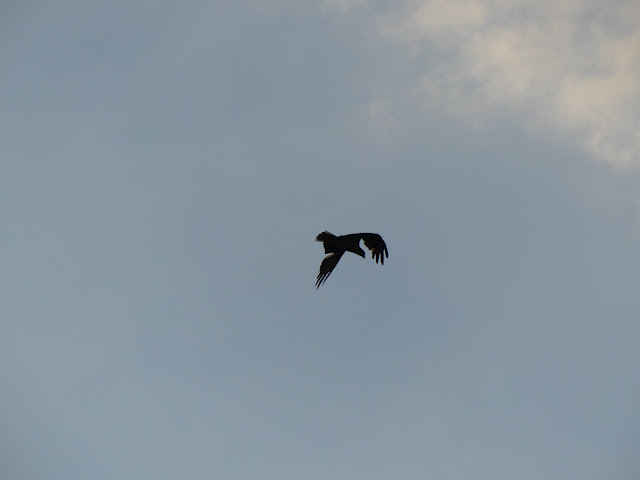 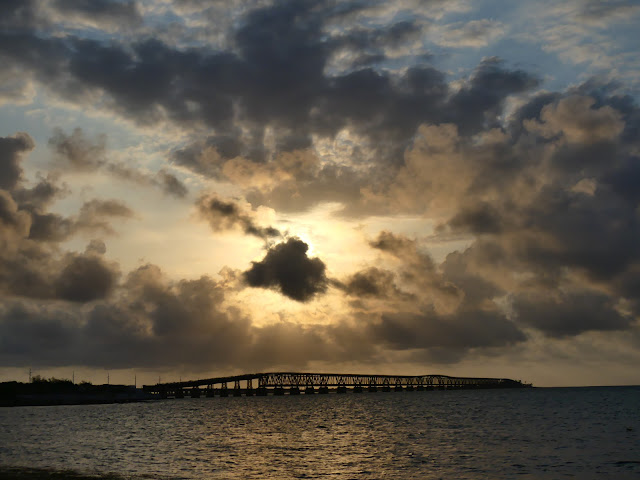 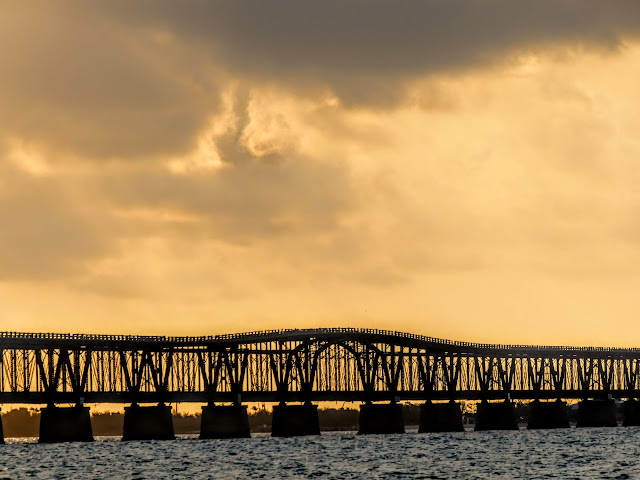 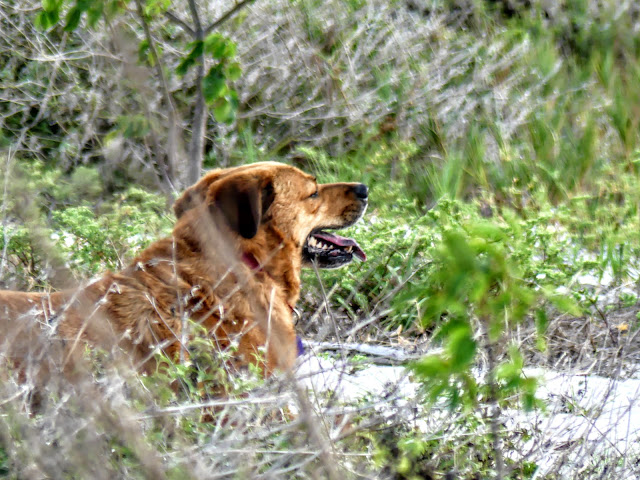 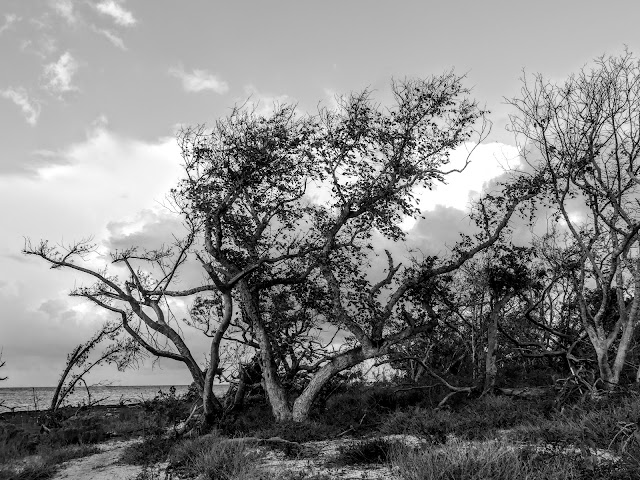 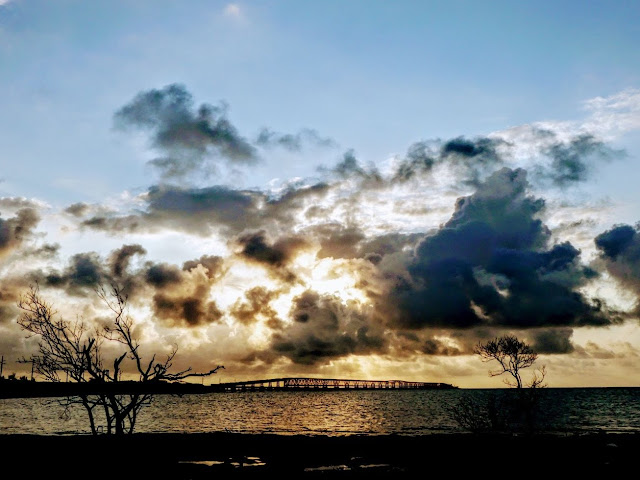 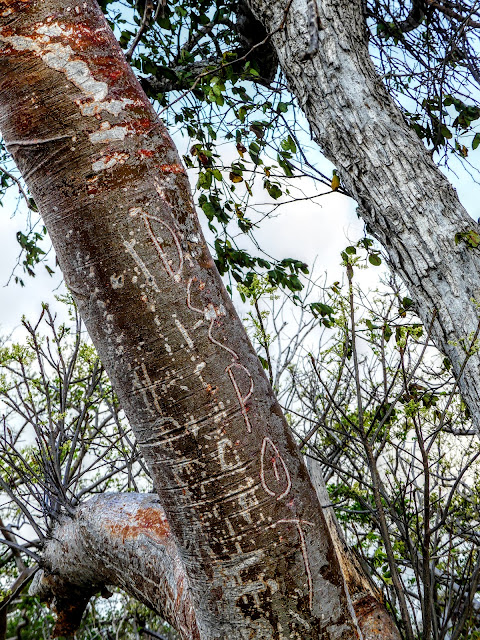 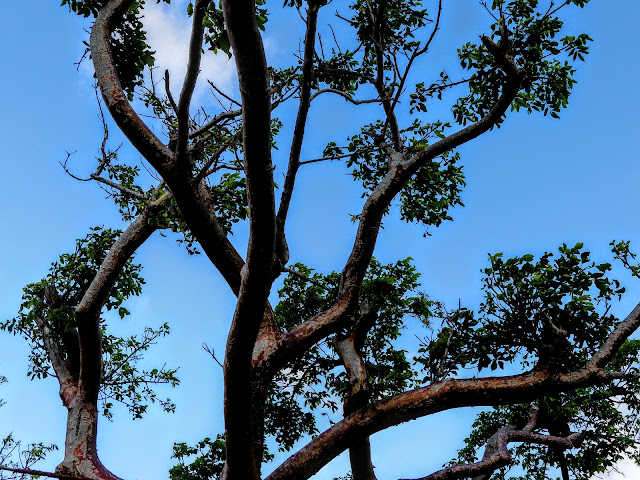 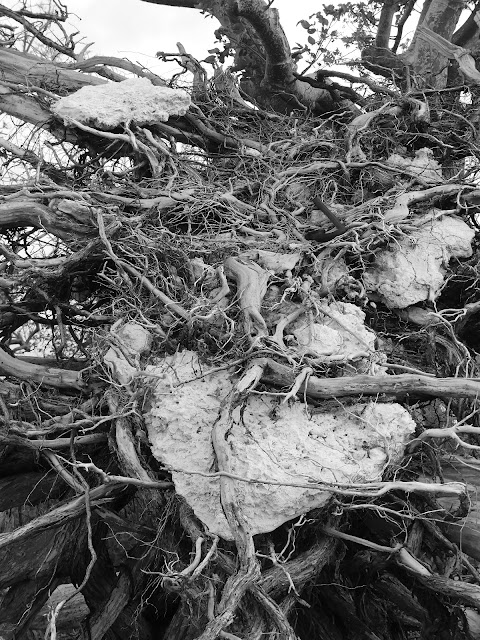 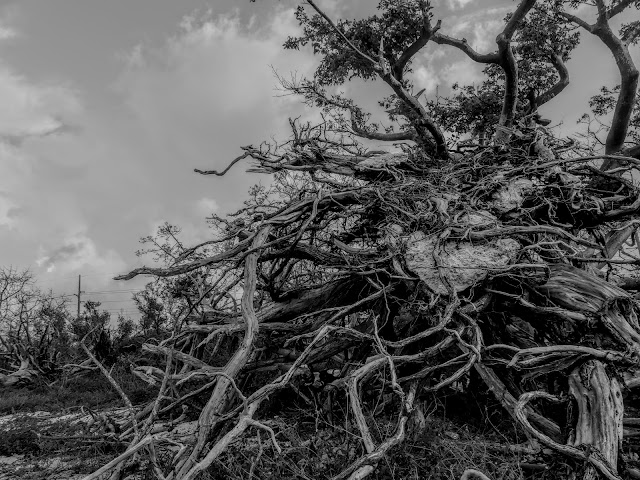 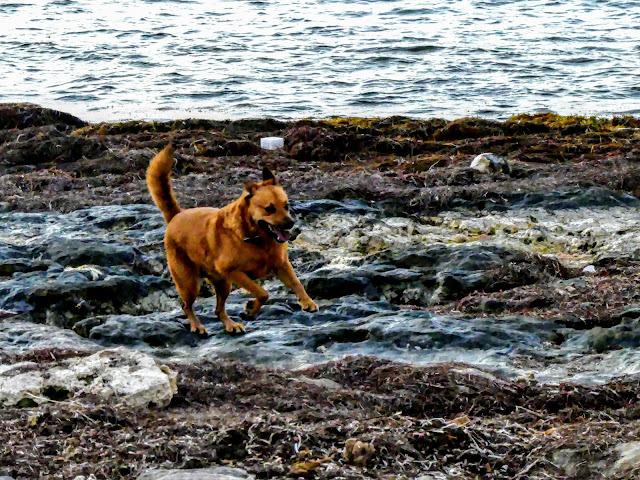 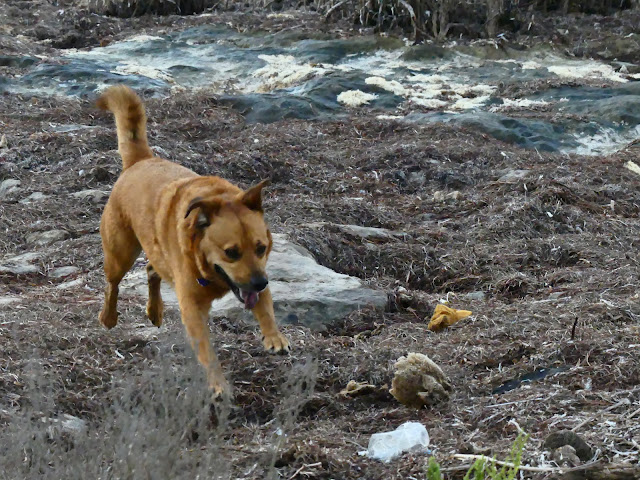 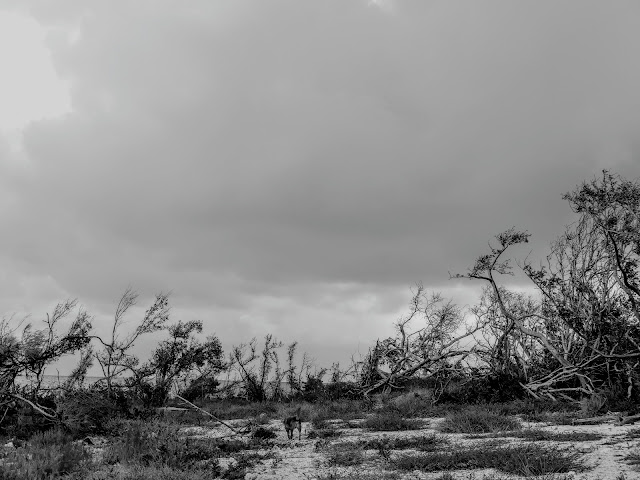 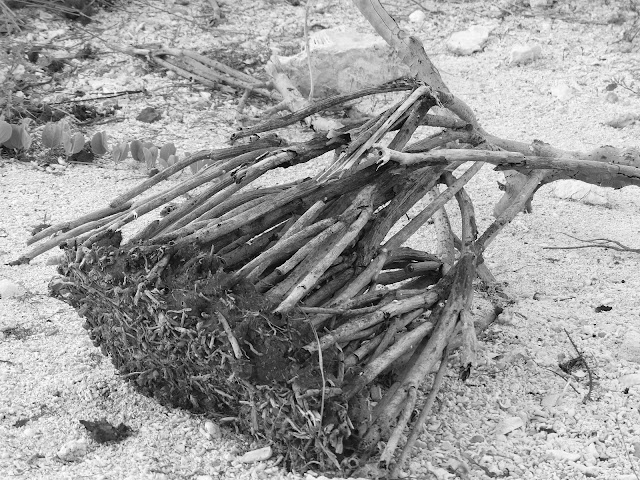 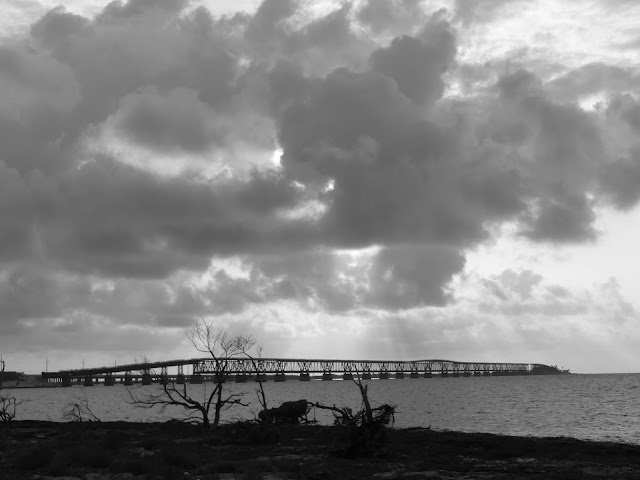 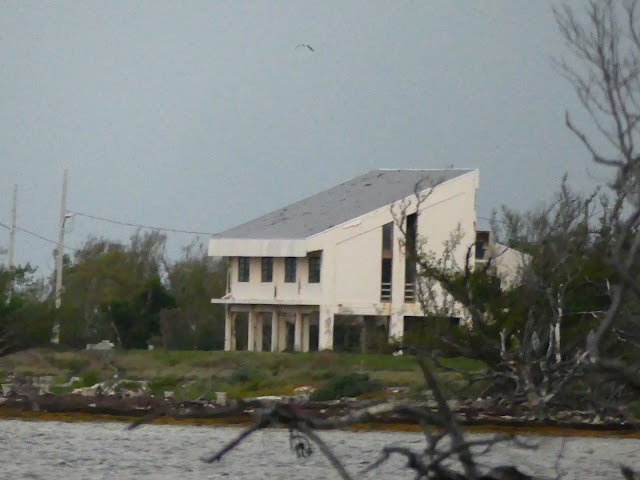 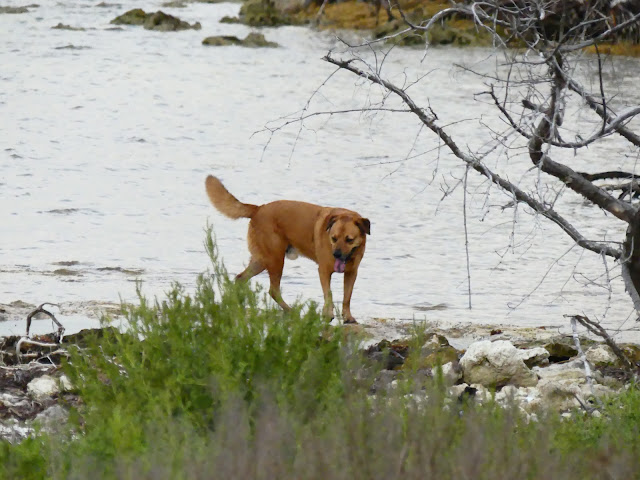 People crossing the fence just end up doing what they have always done: take pictures and go fishing. 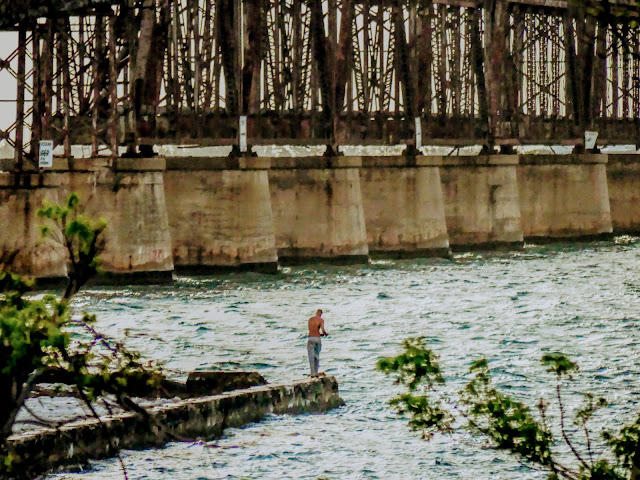 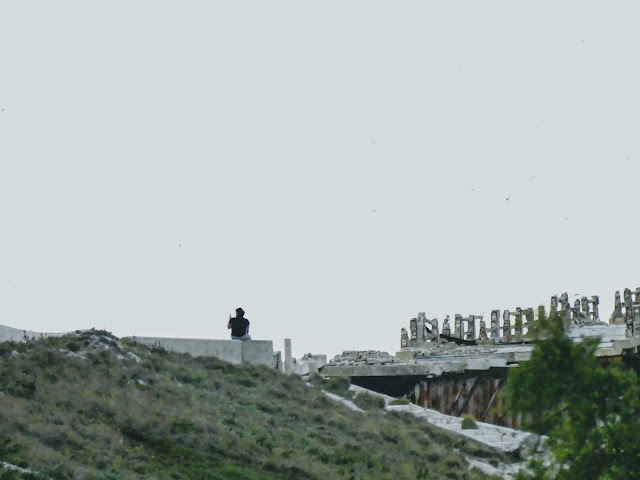 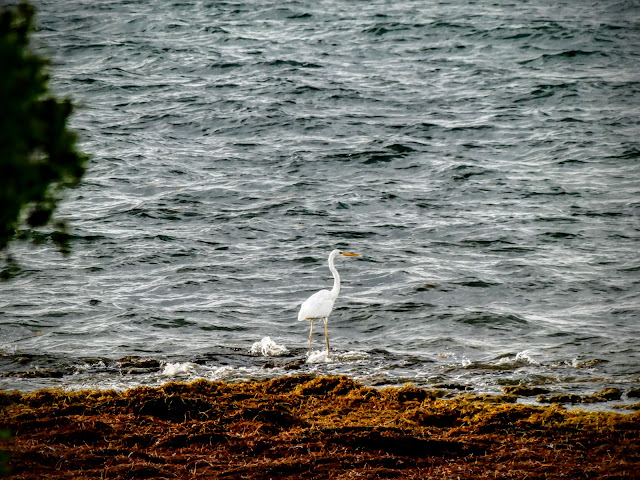 And after all that who can blame the little bundle of joy for needing a  nap. 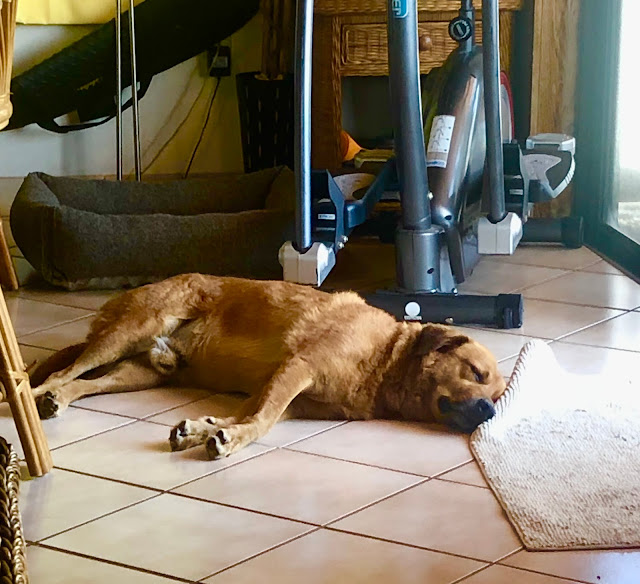