I took these the day before the Solstice, Friday morning so the sun was rising at its most northern point on the horizon before it rolls back down south to bring us all into the darkness of winter. Of course this seasonal stuff is all relative at 24 degrees North Latitude, so if one stands here in six months (I'll try to remember) the sun will be further to the right, the temperature will be lower by a bit and it will be later in the morning. But all that notwithstanding, none of it by much. 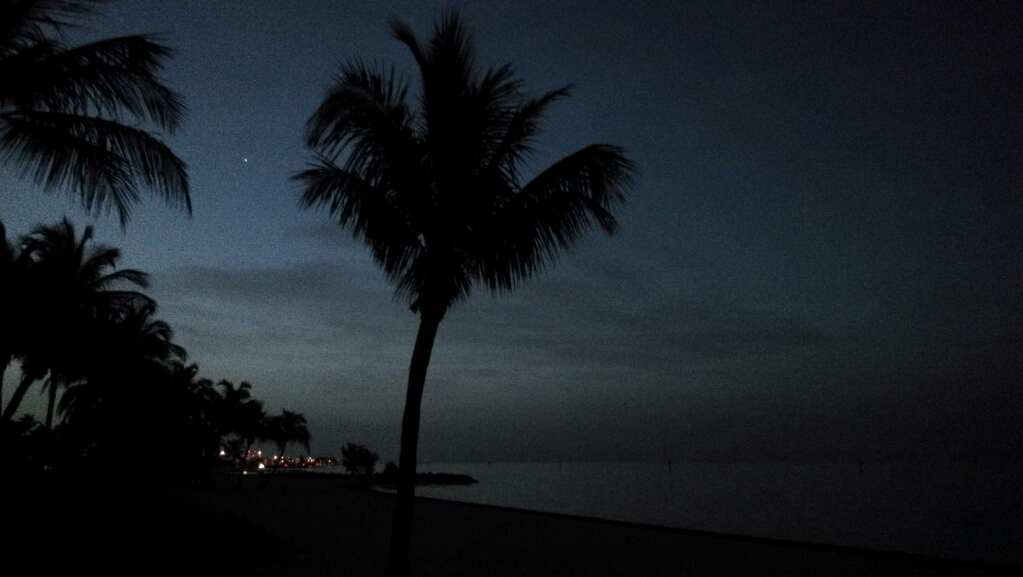 It's turtle nesting season so after hunting and eating these inoffensive creatures almost to extinction and glorifying the hunt on the walls at Turtle Kraals, where the turtles were corralled prior to execution, we now turn off the street lights to avoid confusing the hatchlings who scamper towards the light of the moon reflected on the water. 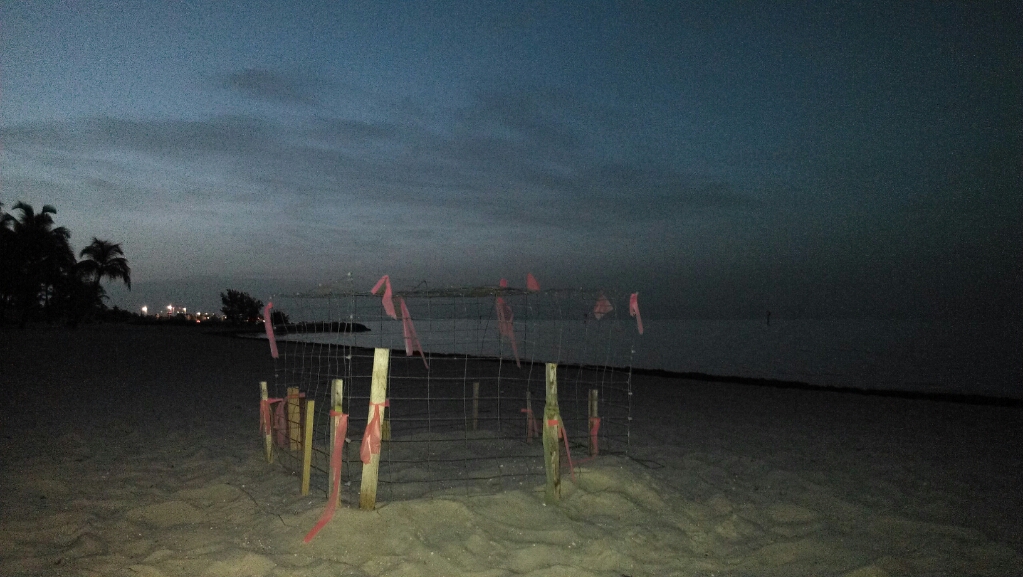 By the time I had sufficient sand in my shoes I made my way round to Dead Man's Curve where motorcycles used to prang with some regularity, and stopped to park alongside the sidewall where Houseboat Row used to exist. The houseboats were towed to slips in Garrison Bight to make a more pristine view for the new multi-million dollar condos across South Roosevelt, but this stretch of stupidly empty seawall is still known by its old name. I ask myself why buy a condo in colorful Key West if your first request is to remove the color; but just because they're rich doesn't mean, against all stereotypes, that they are smart. 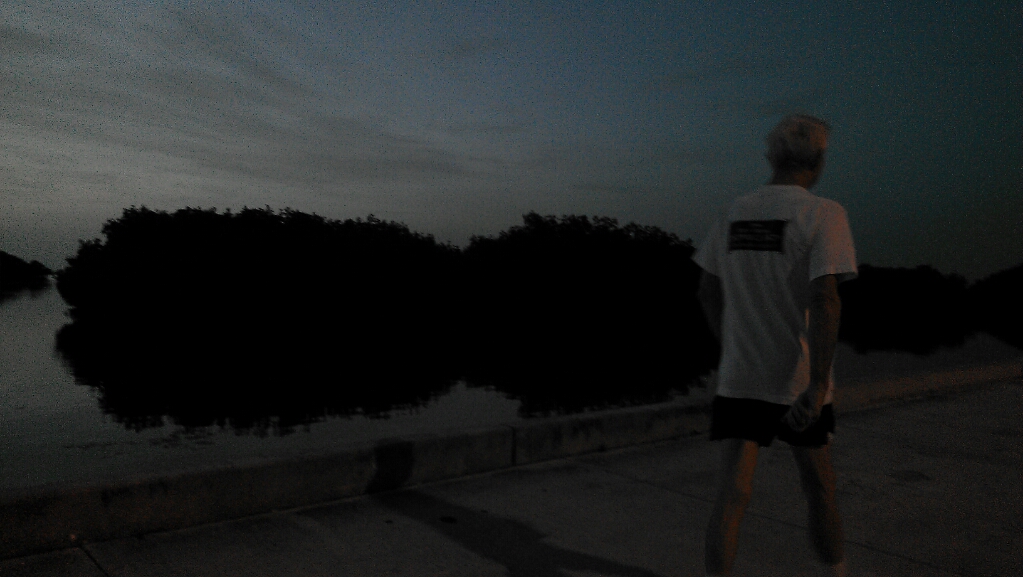 My wife is working in Key West this month to help out the schools and make some vacation money so she suggested breakfast at El Mocho on Stock Island. If you want genuine local's food that's your place and since I wrote the essay in 2008 not only have my photographic skills improved but they have spiffed tghe place up a bit. The grub happily remains the same. 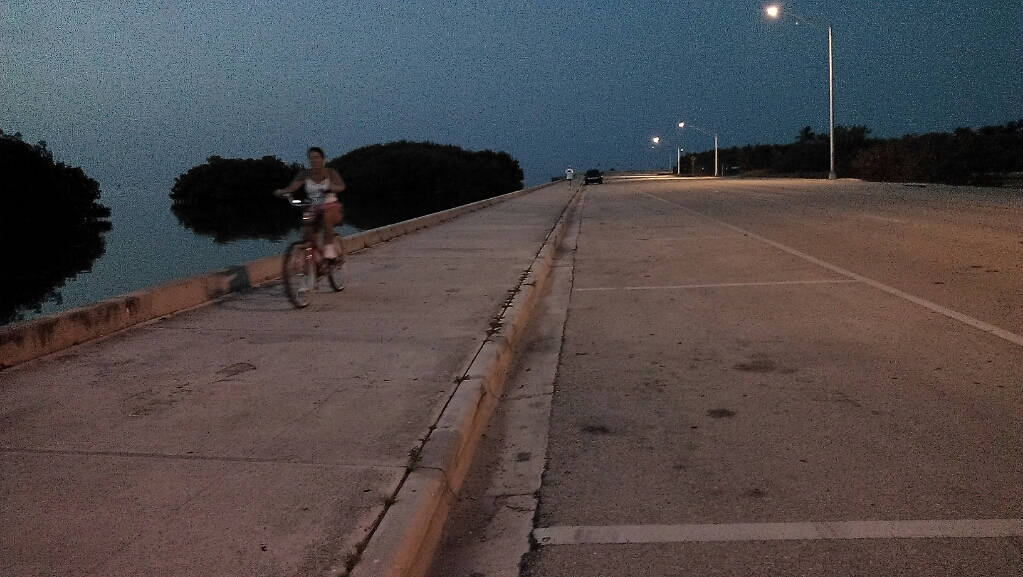 I was driving my wife's Fiat as shewas bringing Cheyenne into town and as always it is a fun drive. However last Saturday she had to take it back to Rick Case Fiat in Davie, four hours away as the seat back handle made of best Italian plastic had snapped and the clock computer had failed and was running abysmally slow. I was laughing as neither of our Fusions have been to the dealer even though the driver's seat heater has failed in my car, bummer. Last month the Fiat's computer controlling the opening roof and trunk lid goofed off. Fix It Again Tony indeed but my wife loves her car and it is a blast to drive. No regrets! 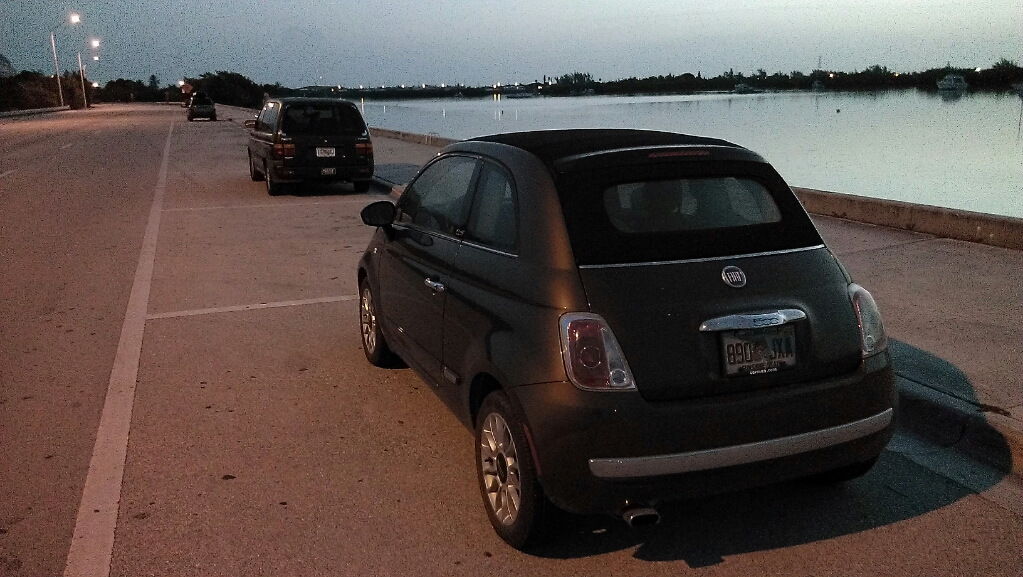 It was a lovely morning, flat and serene. 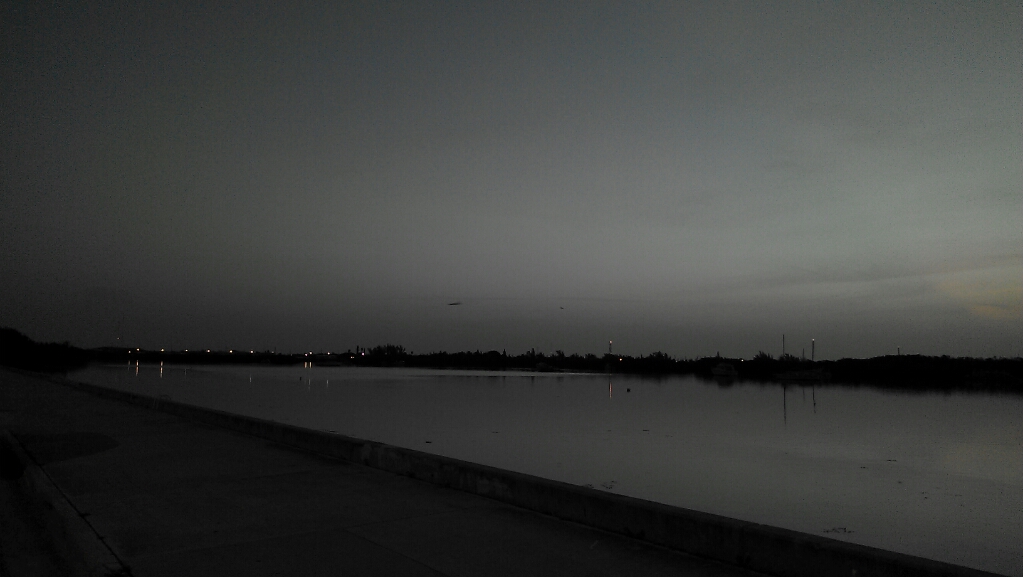 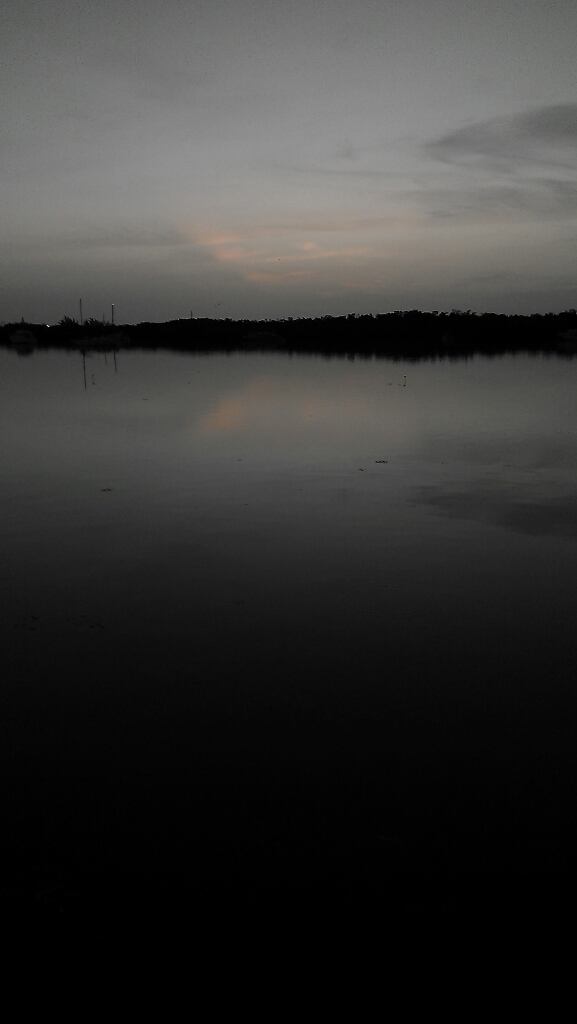 Except of course for the people who came clumping by waving their arms, pedaling their bicycles and generally behaving oddly if you didn't know they were exercising heroically in public and setting a  good example.  I reserve my tussles with weights and elastic bands and stuff to the privacy of my home, but that's how I was raised. 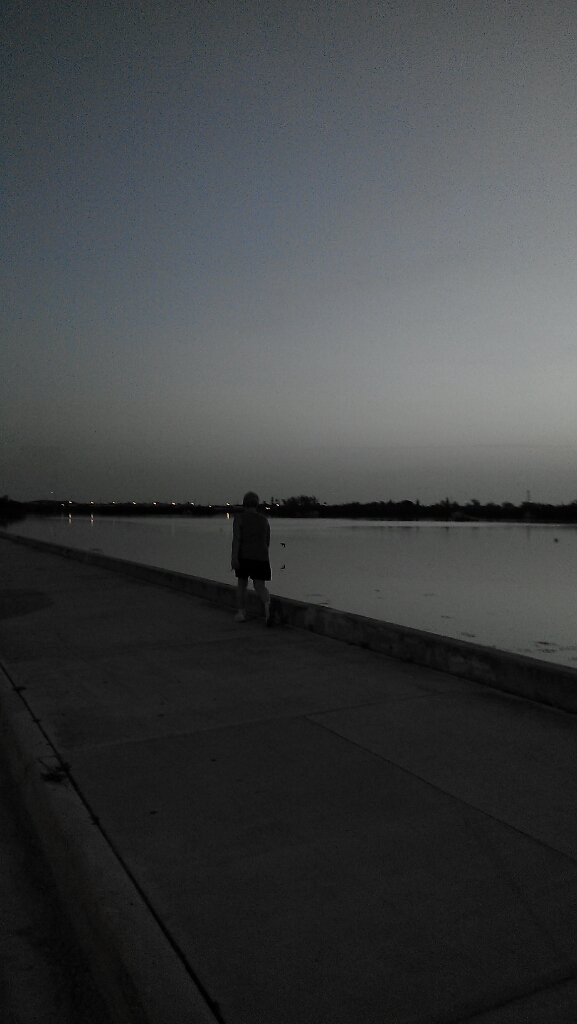 Hints of sun to come: 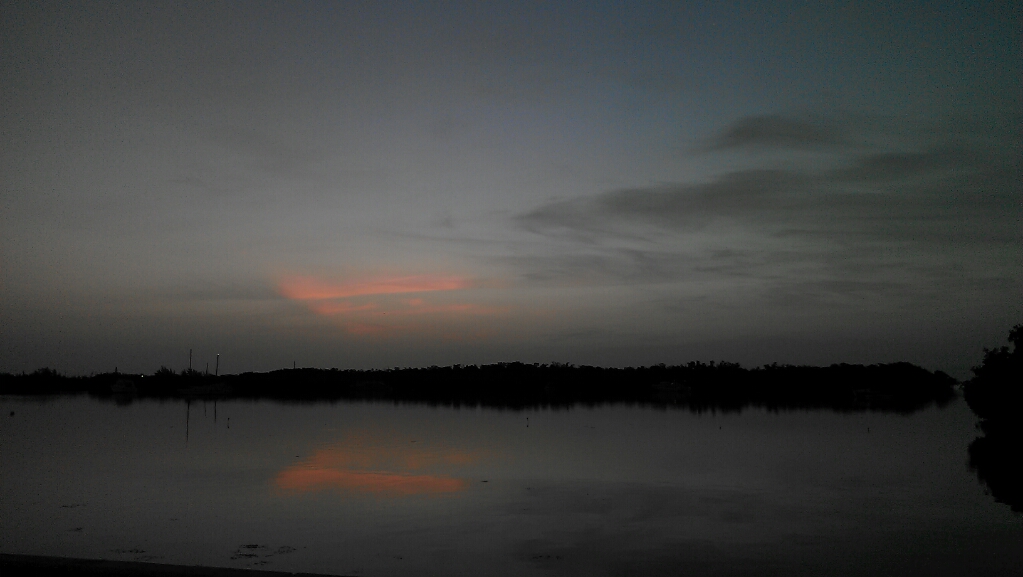 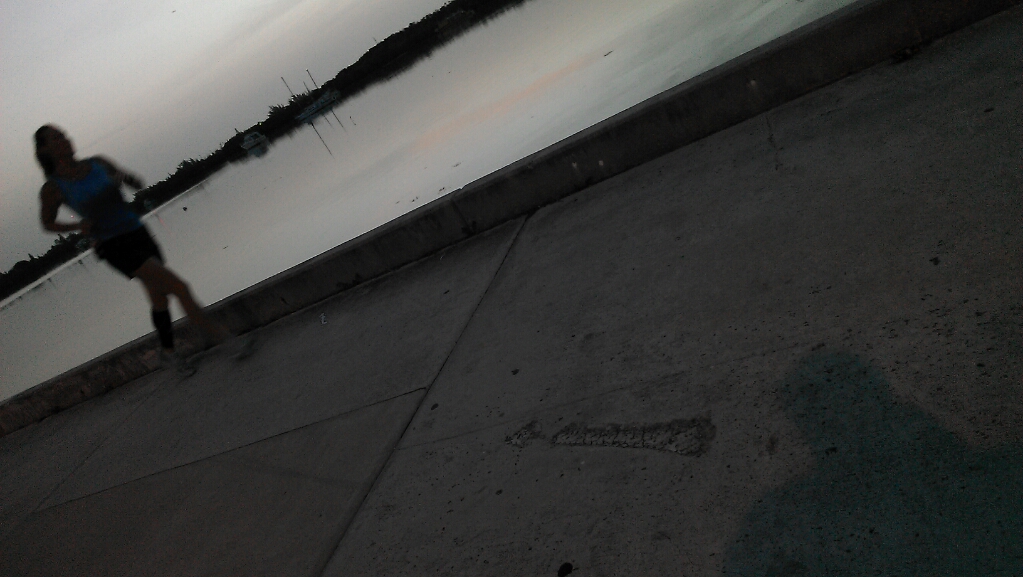 It was a perfect morning and then the phone rang and I received my summons to cross the channel for bacon and eggs and grits and con leche and so it goes. Extra physical jerks later to pay for that little lot, and an extra long walk for Cheyenne before bed. A long day ahead.