I would never have believed it possible but the Key West Citizen is reporting that plans to convert an old mansion on Eaton Street into a 6700 square foot modern palace have been pushed back by sheer force of protest. This is how the property looked for the longest time before it was sold for $1.8 million according to the newspaper: 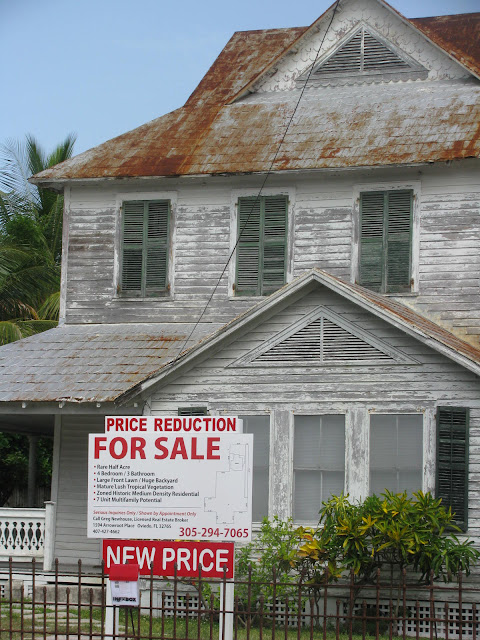 The old owners were apparently horrified when the new owners suddenly submitted plans not only for the restoration of the mansion which has been completed as  shown below, but also to turn the large city lot into a vast "family compound" in a modern style. How they got the city's Historic Architecture Review Commission to approve the carbuncle needs to be investigated, as do several other HARC bungles but in the event neighbors did what city officials could not do and they stopped it dead. 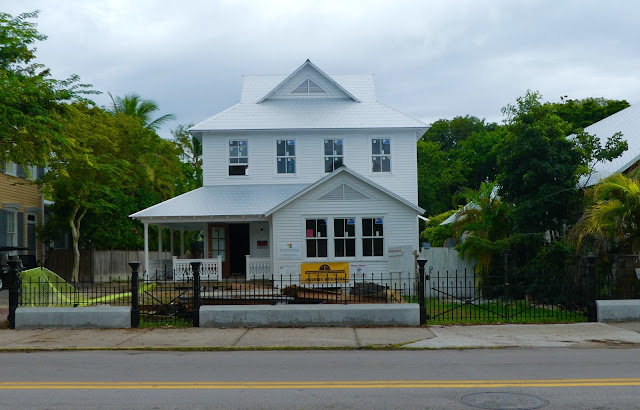 It seems the new owners have given up and are selling the restored building and lot back to the original owners and all will return to normal on this part of Eaton Street. Luckily I suppose the house is being traded between people with enough money to bandy the cash around at will. Below I have included an illustration published last year in the Citizen showing the plans for the giant compound to be built in the back over the protests of the neighbors: 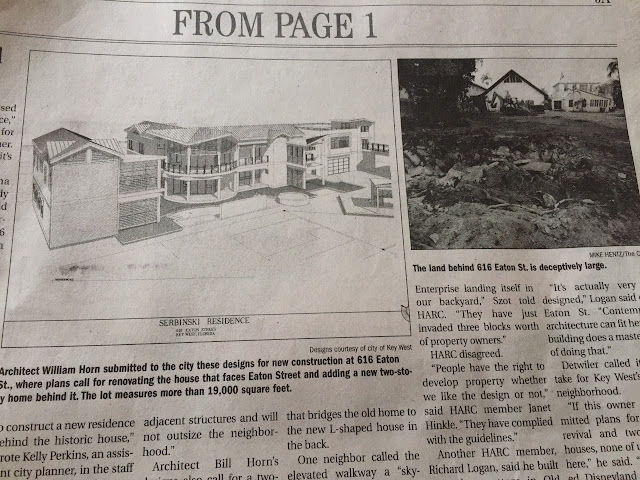 I should never have believed their success in stopping this awful plan could have been possible but protest does work apparently even in Key West. This is the town where the dice sometimes seems loaded against good taste and common sense. Why the city hasn't hired a new commission of people to oversee preservation of Old Town Key West I don't know. I think the largest historic wooden home neighborhood in the US deserves better protectors than the bozos currently occupying that position. There are enough ugly glass and cement buildings springing up around Old Town to prove my point. This hatchet job was prevented by good citizen neighbors not HARC.
Posted by Conchscooter at 12:00 AM 6 comments: