I was walking Duval and I saw this weirdly decorated van, all very neatly stenciled. The van had a message penciled on the passenger window. 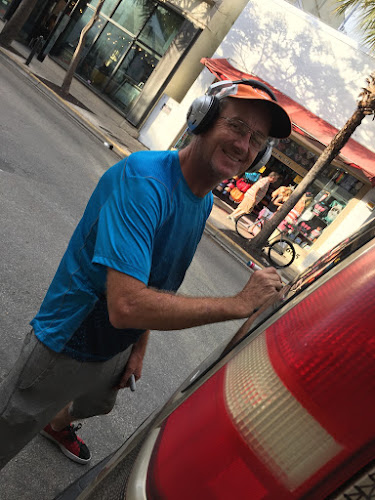 Check it out, it's pretty astonishingly intricate and has come to be known as The Sharpie Van: 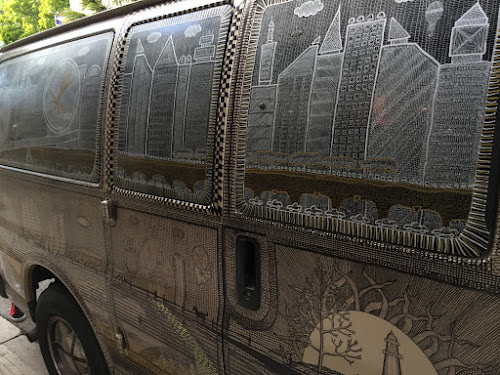 And this guy was standing at the back of the van, headphones clamped on to exclude conversation I guess, just another of life's little mysteries. 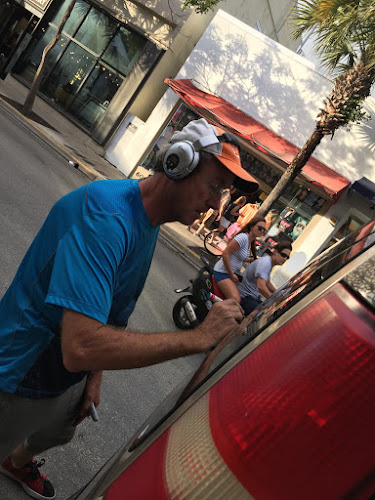 The window logs the number of days and hours the artist has been stenciling the panels of the van, more than 22 days I think, and he has included a cheerful note to take as many pictures as you please. I checked the other side of the van and that was a virgin canvas so he has his work cut out. 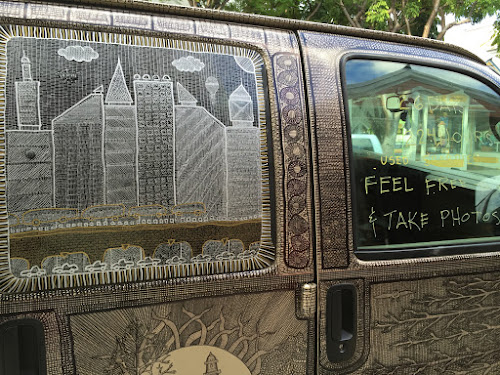 I would never have the patience to do such a job, my hat was metaphorically off to him. I left him to it, intrigued but unwilling to interrupt. 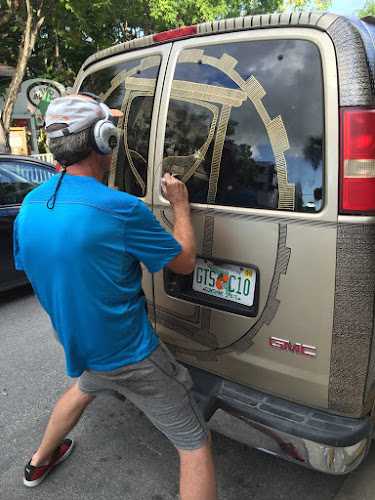 Until, a couple of nights later I saw him at the Circle K as I left work at two in the morning. I got gas and then as is my habit I pushed the Bonneville across to the entrance to the store as I had in mind a beer to take home and enjoy in the silence of my darkened sleeping home. As I pushed the Triumph the artist came over, head lamp on his forehead bobbing as he wondered if I needed help which was unnecessary but very decent of him. I got my beer and when I came out I stopped to thank him for his concern and he told me a little about himself, though I didn't really want to pry, but his story was really very cool. 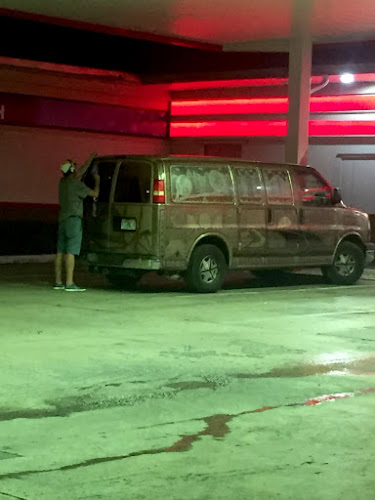 His name is Dan and he came across as a really unassuming nice guy. He said he had no plans to sell the van though he has had offers already and indeed he is one of those lucky souls with no particular plans for his future. He said he was in a bad place in his life recently and choosing to work on decorating the van helped him pull himself together. He's been in Key West since September and he had only nice things to say about the city where everyone has treated him very considerately he said. I asked him if he ever slept and he said not much, describing himself as "an intense person." You could say that. I was sleepy and ready to put my feet up at home, drink my Yuengling and think about the meaning of life (or watch Anthony Bourdain explore Marseilles on Netflix).

It was a pleasant ride home under a dark sky in muggy night air with a small brown dog at the top of the stairs waiting to greet me.