Broga saved my life. Sean holding court below is one of the hardest most dedicated physical education instructors in Key West. His program built up my core strength so much my neck and spine didn't break when I was thrown over the car that hit me last August. That I can walk and am not in a wheelchair for life is thanks to his perseverance and dedication to my well being. I took this picture after class last week because I love watching him explain the benefits of Broga and enjoying the results and I want to have the opportunity to remember him as he is as one day I suppose he will no longer be in my life. I am back in class twice a week in addition to other exercise classes as I slowly build my strength back up. Broga is the best and hardest exercise of all and I owe Sean my legs. He thinks I'm mad to be riding again but where Broga is his drug riding is mine.

Sean lives the life we should all live, his carbon foot pint is tiny, he has no car, never leaves Old Town and he eats  a largely plant based diet. I cannot be like him but I live in awe of him. You can understand why. In a town filled with eccentrics he is a character who makes sense to me and who I fail to emulate every day. But I exercise thanks to him. And when I'm out walking my dog I see signs like this no trespassing on a fence so tall I'd have to be an Olympic pole vaulter to get anywhere close to being able to trespass. I am not that athletic yet and never will be. 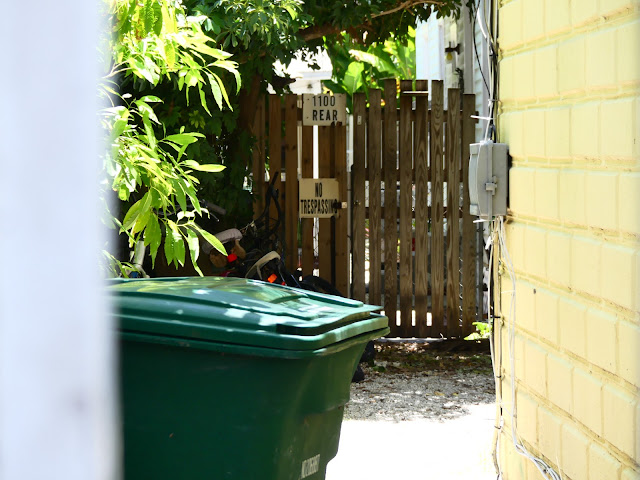 A yarn shop, so wholesome and unlike the popular image of this tourist town. I like these kinds of places even though I don't crochet because they are a reminder to us all that regular folk live in and enjoy Key West. People who knit included, and I like that. 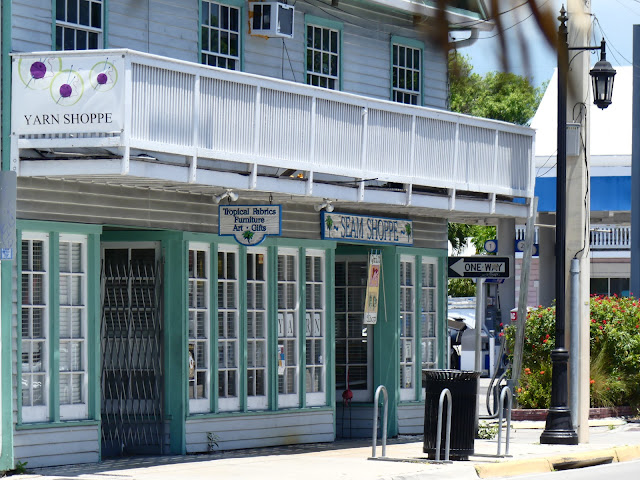 Change is constant in Key West. I don't like that so much. Oh well. 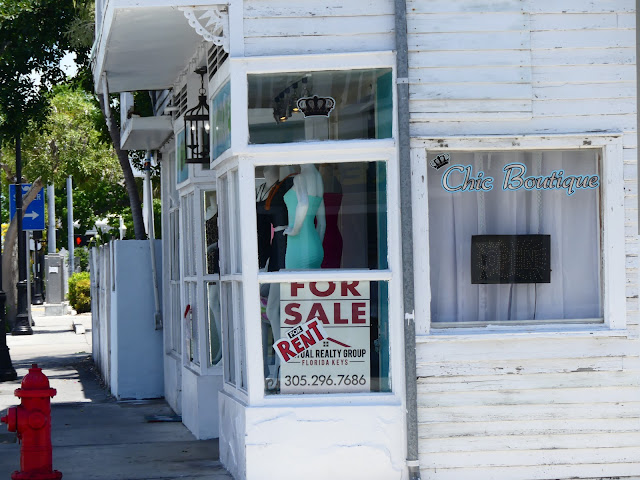 This county vehicle surprised me as this county has a dismal record of recycling, almost no solar wind or other renewable energy and yet...we are going green. Really? 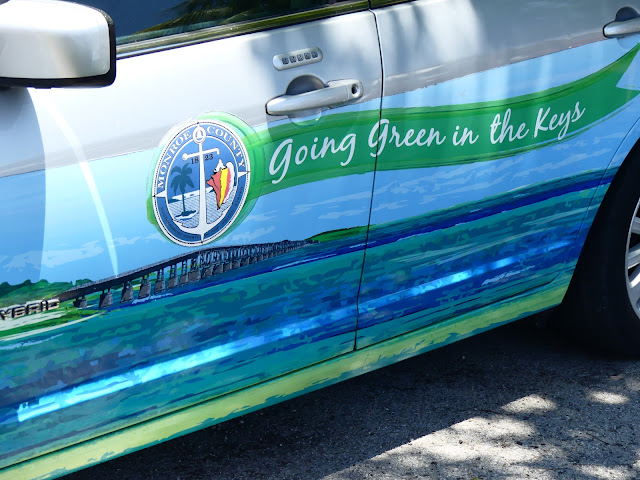 Here's one county building that is shady and green on Truman Avenue. The Harvey government center, a former school has some excellent trees around it throwing shade and greenery. 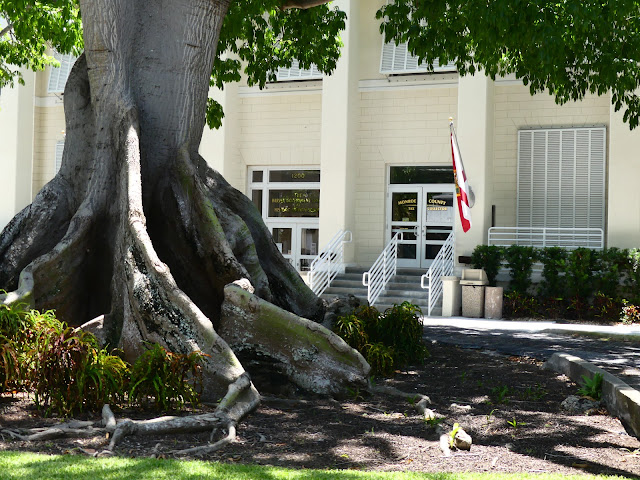 This bizarre and beautiful painted box appears to have started life a s a newspaper stand. Now it looks like the world's chic-est chicken coop!  Very nice. 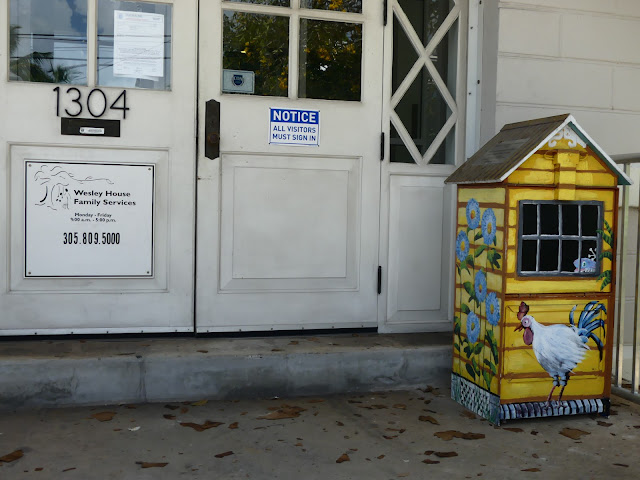 My boy head down and dedicated to whatever it is that turns him on: 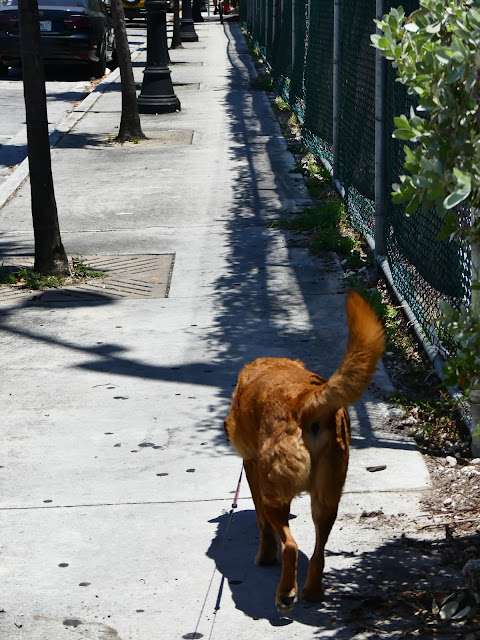 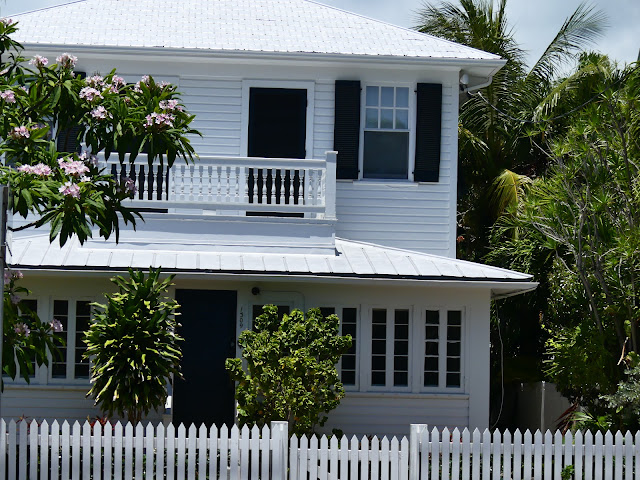 More greenery at Bayview Park home of the artisan market on Thursdays in the winter months: 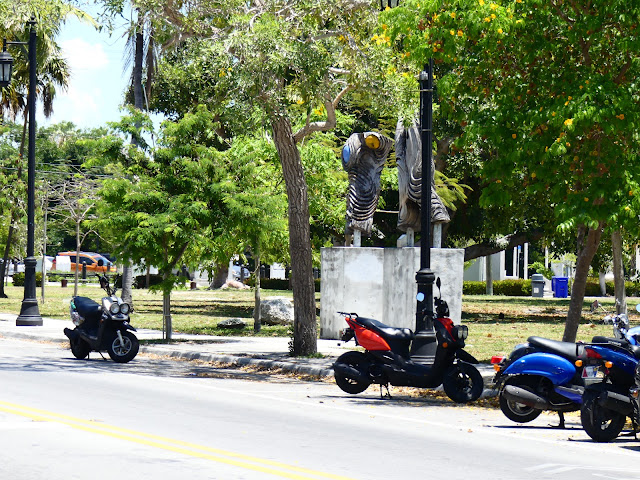 A plane coming in to land through more greenery. Key West had a lot less vegetation before the Navy imported water through a  new pipeline in 1942. The idea was to ramp up operations for the war but the imported water meant there was left overs for civilians and their new plants and trees that couldn't be watered when the city relied on cisterns and rain water before World War Two. 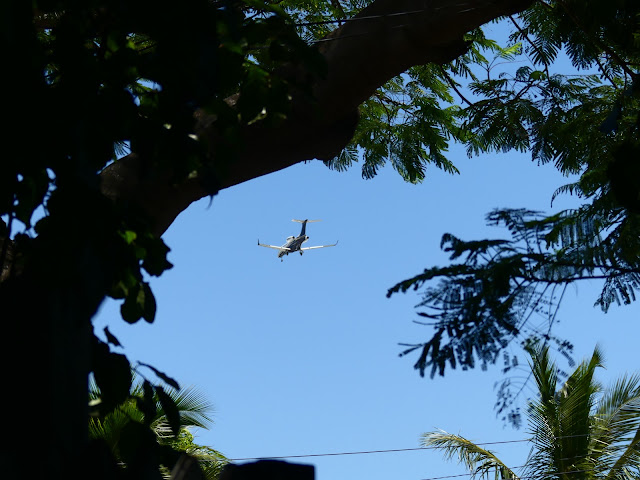 Key West, where people use scooters as primary transport, alongside bicycles and cars: 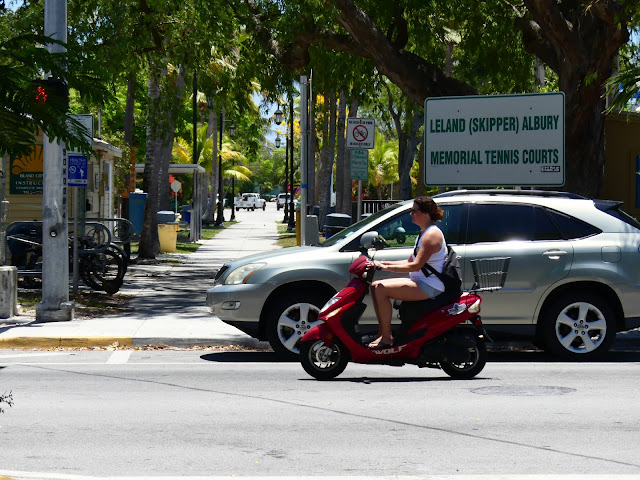 I did mention bicycles didn't I? Riding on sidewalks is permitted in Florida which is good because that's where the shade tends to be too. 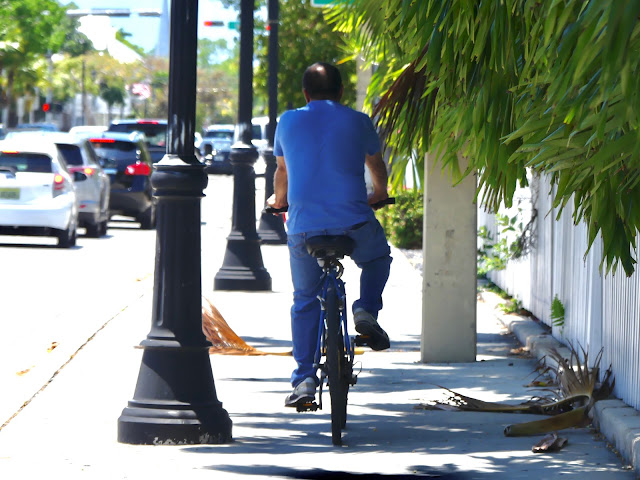 Trees are everywhere and I can walk around and see them too: 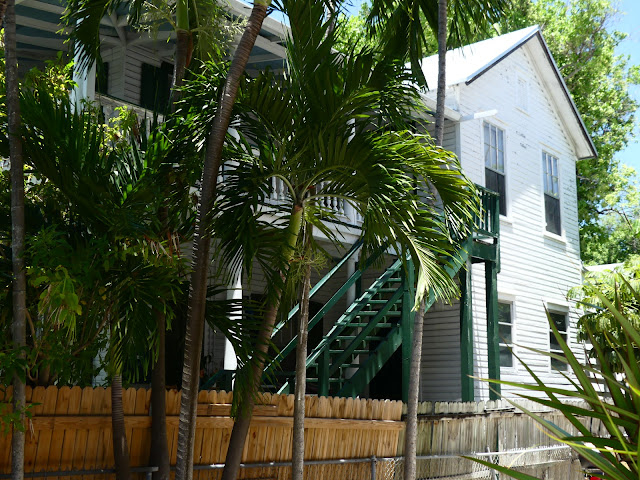 And decorations reminiscent of the water surrounding this island: 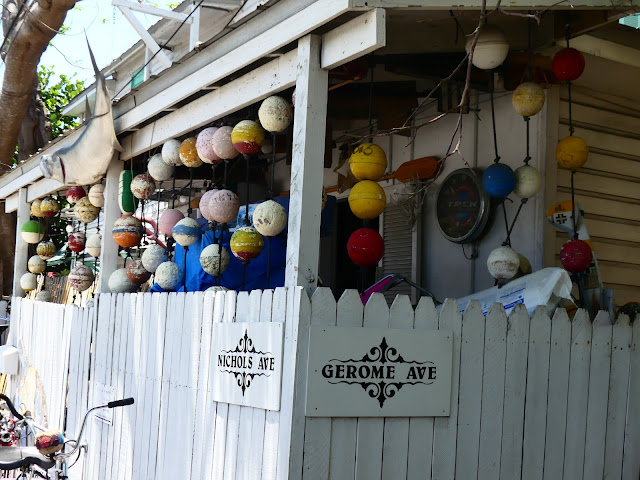 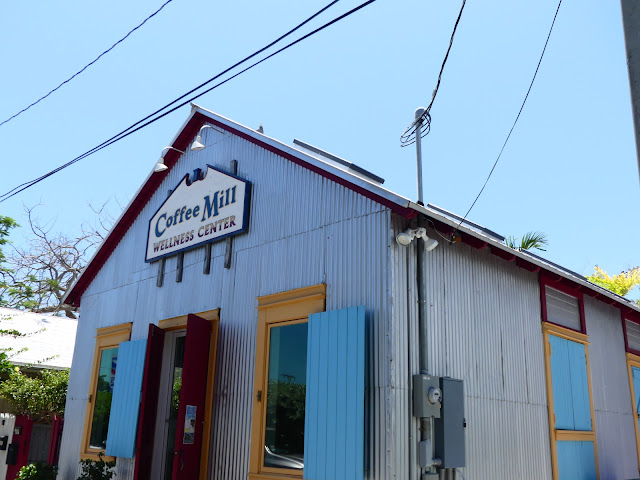 And Rusty found shade for a roadside snack. Some days he reminds me of Cheyenne when he finds things to eat. He doesn't do it often but some days he surprises me: 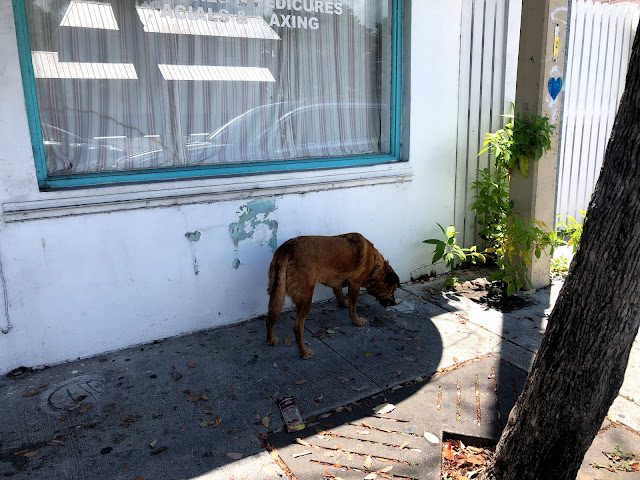 A short walk after Broga and we both went home to escape the heat and take a nap.
Posted by Conchscooter at 12:00 AM 1 comment: