I got out of the car on William Street and found this delightful creature staring at me with this penetrating gaze. I wasn't sure whether to be flattered or scared so I took her picture and moved rapidly on. 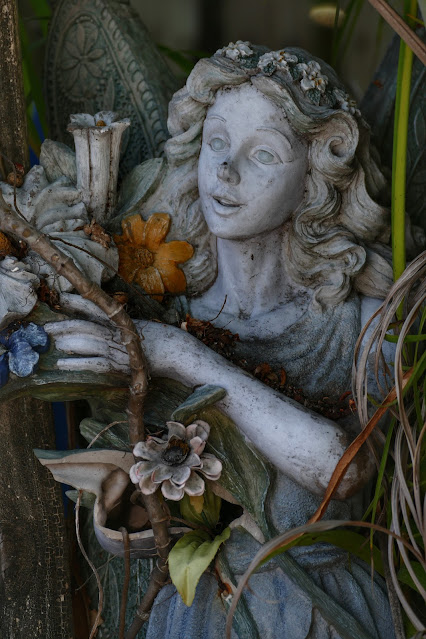 This one was special: Rusty wasn't with me. I had a short shift at work and even though it was hot as blazes I wanted for one to walk at my pace and allow my eyes to wander where they wanted not where Rusty wanted to stick his snout. Naturally it wasn't as much fun as I had hoped but I tried to make the most of it. 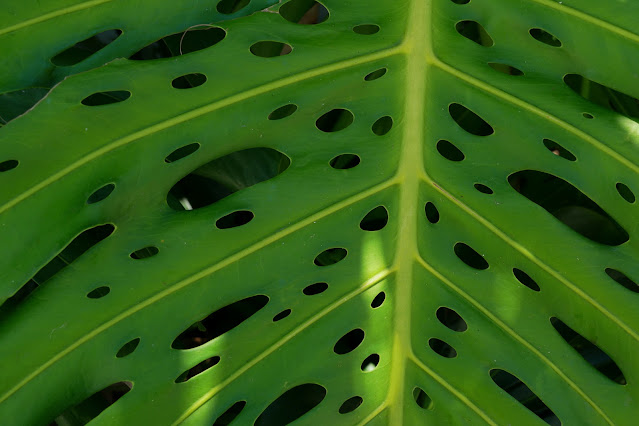 The first question on leaving the police station was where to go. As I had recently walked Duval Street in daylight I wanted a different view and the absence of masks all over the place drove the thought of the any waterfront from my mind. Considering all tourist destinations off limits I decided my preferred inland spot was going to be the shade of Bill Butler Park. Where I found a white crowned pigeon busy at lunch. 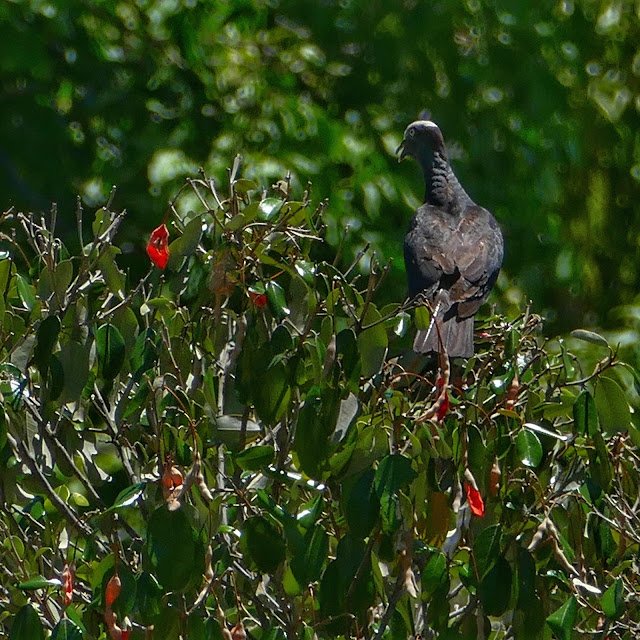 Bill Butler died August 2nd 1984 and the city decided to dedicate a park to him, because he was a leading musician in Key West. That wasn't all though as he was known also to the organizers of the Florida Folk Festival and he showed up in Suwannee every year with his coronet band. So it goes and eventually what had been a rather shabby memorial has been turned into a clean well equipped park with shade trees and children's entertainments. This being Key West no benches are provided for patrons for fear of encouraging camping by less savory city residents. 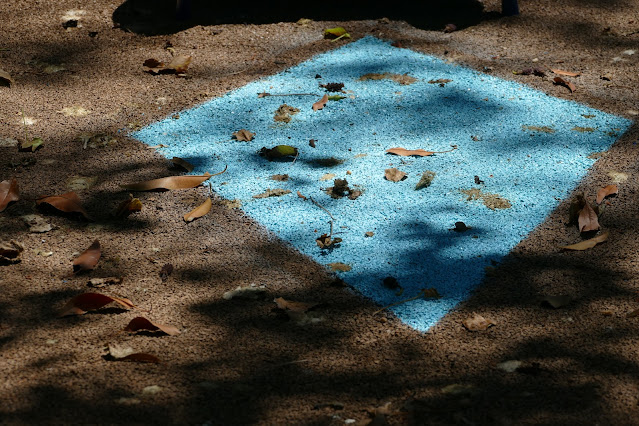 I like this spot, wedged into a wooded area between Olivia Street and William Street just off the cemetery. Millionaires are encouraged to apply to purchase several homes on the edge of the park which for some reason are all on sale simultaneously. Mind you, most of Key West is for sale, yesterday or tomorrow, wait a while and your dream home will be on the market. 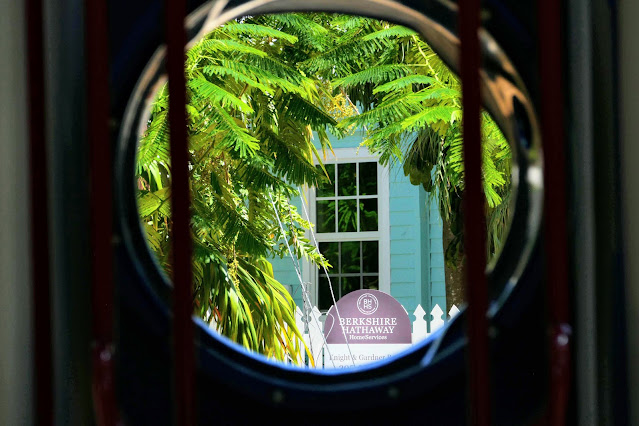 It was a glorious day, full of the colors of summer, blue skies white clouds and green leafy cover. 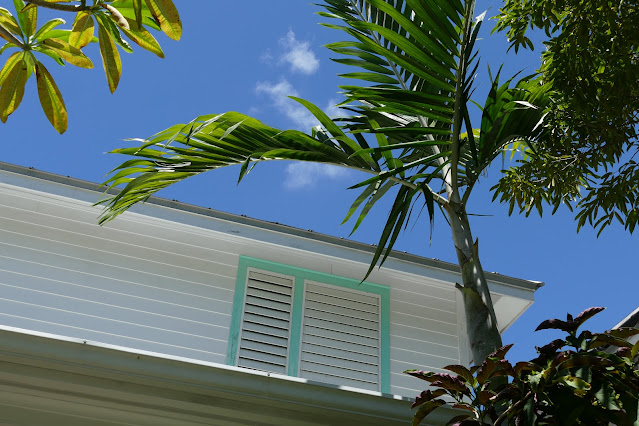 I read about photographers struggling to find inspiration during the pandemic with all the limitations this bloody virus has imposed and I count myself lucky as the colors at least of Key West and the beauty of its streets have never faded. Every time I walk the streets I find new things to attract my attention. 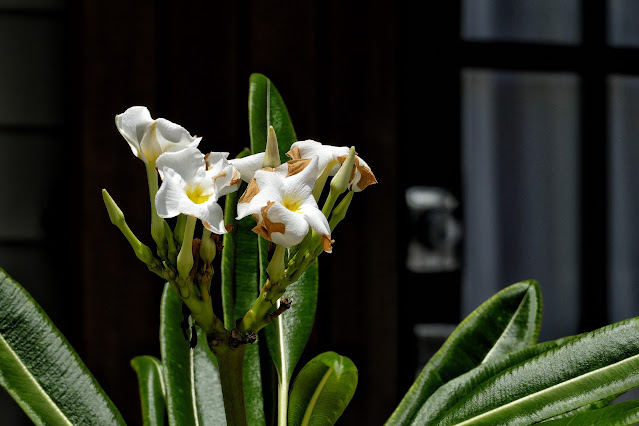 And then I see a shape that  looks even to my jaundiced eye as something more than a palm frond: 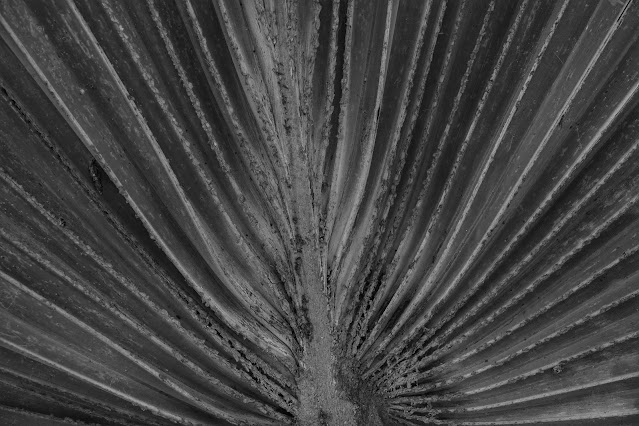 And next to it a street sign in the old style, cement cracking in the salty air, marking the corner of William and Windsor. 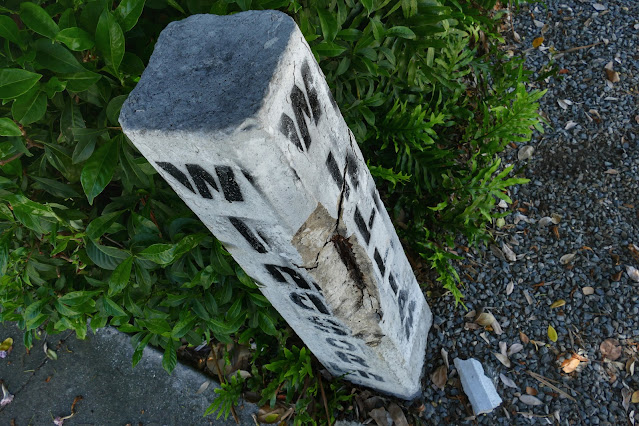 Time to go home and cuddle my dog as walking without him is half the fun.
Posted by Conchscooter at 12:00 AM No comments: