You've heard the saying about letting sleeping dogs lie? Believe me, I try to abide by that rule all the time but my Labrador doesn't. She lies there and flashes me looks, angry, pleading, pitiful, inquisitive, loving. Fine, I take my lying dog for a walk every time she plays the passive aggressive card. 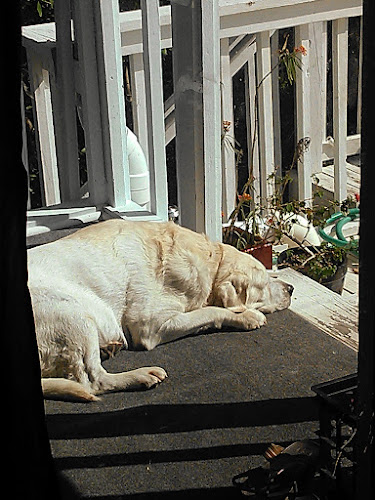 We took a long walk yesterday which was hard for me as I am fighting off a severe head cold, a gift from my sweet wife, and I was planning on an essays without words for today as I am feeling under the weather and tired. She asked me to stop by CVS in Big Pine to pick some cheerfully labeled medicine called Allegra. I parked the tuckered dog in a slightly shady spot behind a big, very BIG truck. Apparently the driver has suffered from size issues because I saw this most extraordinary sticker on the back. Is nothing private? 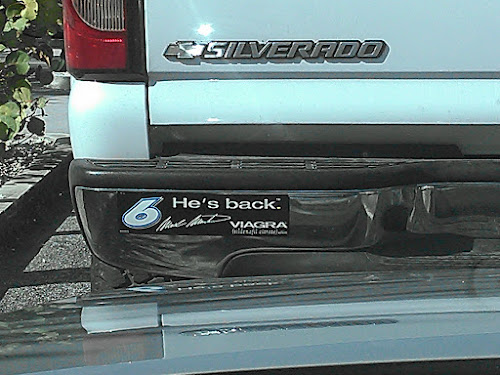 Here's a promise: if I ever suffer erectile dysfunction I will never ever mention it here. I expect you to be grateful, and thank me for my reticence in a world gone mad with the desire to publicize every damned thing. In my pink Crocs I plunged into mainstream America all fluorescent and cheerful and lined with important messages. Save save save. I cannot say I look forward to the arrival of the Rockland Strip Mall with any great enthusiasm. 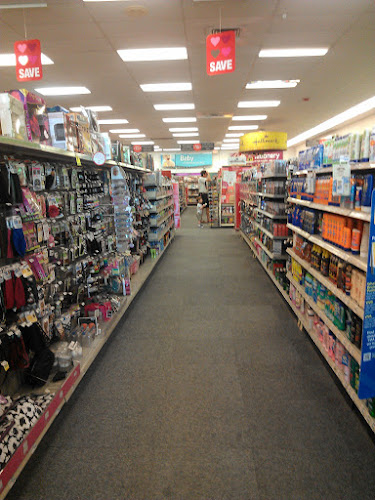 I had no idea what I was picking up. I asked at the counter at the front where the Allegra was and they said aisle twelve which you may be surprised to learn was not the highest numbered aisle in this mausoleum dedicated to staving off age and death. And by God they had a few Allegra packets, up and down the shelves. I must have spent twenty minutes looking for a box labeled D. No luck. I sent this picture to my wife at work and added a question mark. 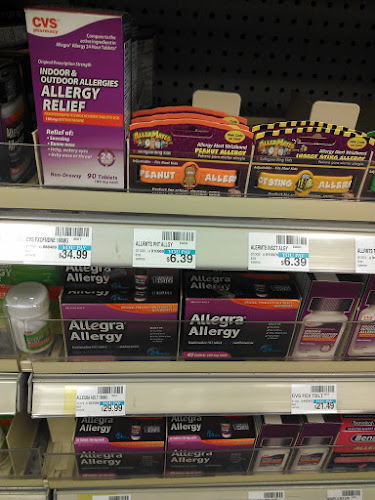 I gave up and went to ask the pharmacist which involved getting to the back of a line of people seeking succor for their various ailments. The picture below was meant to tell my wife how much I was suffering in my effort to get her chemicals for her relief. In fact when the dude in the orange Virgin Islands t shirt got to the front of the line he started tearing strips off the nice lady behind the counter. I was pretty sure she wasn't a highly placed executive with CVS doing a work day as an humble counter clerk and the seventy six dollars she wanted to charge the crotchety old white man for his promise of a better old age wasn't her idea. He took umbrage with her nevertheless as she went back stage to find someone to authorize a ten dollar discount. He turned to me, his second mistake of the morning and grumbled about the ten dollar increase in the cost of his chemicals. 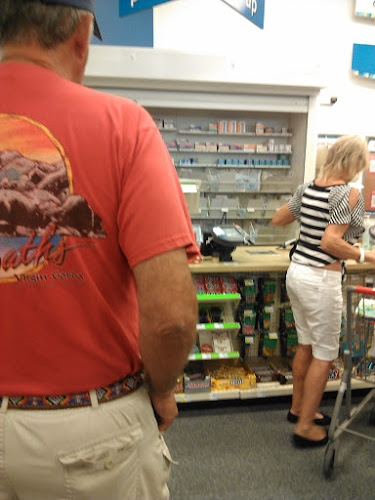 Let me say in my defense that had the old man kept to himself I'd have said nothing, but because he never learned to let sleeping dogs lie he roused me with his grumbles about a ten dollar increase. I looked him in the eye and gave him both barrels. I told him I grew up with single payer health care and no one complained about the cost of medications or treatment from government funded services. I told him he was at the mercy of corporate America and good luck getting the corporation to listen to him, because American corporations give less of a toss about Americans than any other entity in the country, including the government. I told him the cost of his meds was the price of freedom and I am looking forward to the full implementation next year of the affordable health care act. He took a step back. Pay the ten bucks I said contemptuously, it's the price of freedom. I like freedom he mumbled, it's good. Then pay the asking price I said. Obama is leading us to dictatorship and trying to destroy the republican party to create a one party state. Oh I said, is that the line they feed you to vote against your own self interest? He backed away. 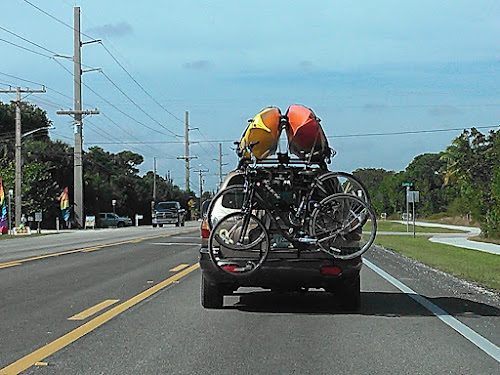 I saw him later climbing with effort into the vehicle covered with a young man's toys and on the drive home I wondered about him and his world. I should have asked him if he had declined Medicare to buy private insurance because the private sector is so much better than government run care. Funnily enough you won't find an American anywhere who will put their money where their mouth is; they all bitch, the angry old white men about the government but never turn down the services. Which is why politicians are ham strung when it comes to budget cuts. Just to drive my point home I saw this example of snowbird activism on the nutter fringe of US politics. They really do hate seeing the black man in the white man's house on Pennsylvania Avenue. Too bad for them a candidate who believed in magic underwear and couldn't string a sentence together in public to save his life wasn't what the voters were looking for. 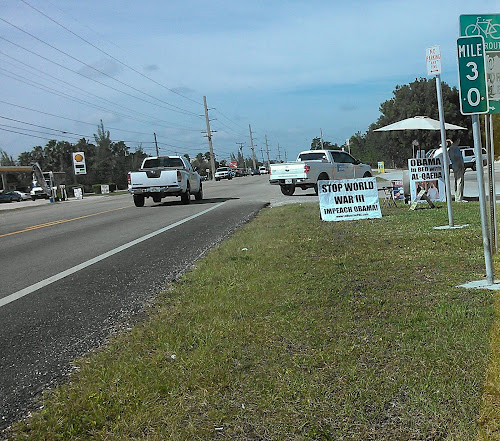 The Huffington Post is gleefully reporting the President is promising a more determined second term as though people like me who view him as wishy washy at best should suddenly become excited about the President's leadership. Call me skeptical but I don't see any strong leaders in this country at the moment to lead us out of the economic quagmire of free trade, trans national corporatism and endless wage cuts and underemployment. Certainly America's corporations aren't stepping up, if anything they're moving more jobs away from the US. And yet the President is still a Muslim to these delusional freaks and getting rid of him all by itself will be enough to clear the national debt and crush militant Islam. I'm pretty sure the Republican Party will reinvent itself one day soon as a modern political party and throw off the traces of a dying generation that still thinks immigrants and black people and brown people and gays and women and all the rest of America are second class humans. For the moment the party is in the death grip of religious and economic nutters so it's bound to not do well in a country that rejects radicalism on principle. It's pretty funny to see the first black President as the mainstream, calming candidate of choice among most voters and the old style mainstream white voters looking like a bunch of religious fanatics on a par with the Taliban. It's the world turned upside down where the storyline tells us the brown people and foreigners are the danger. 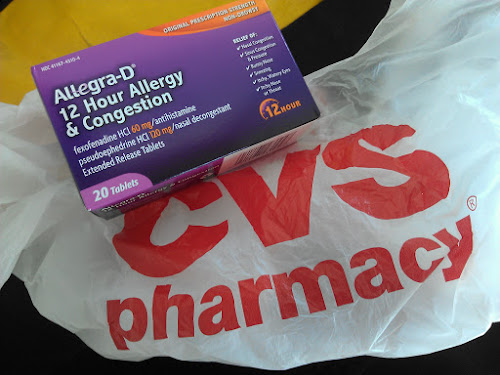 On the subject of the drug war I discovered something new yesterday. Allegra D can only be purchased direct from the pharmacist with picture ID. It turns out this shit is made from some base used in the illegal manufacture of methamphetamine and you can only purchase a limited supply of it. Lest, I suppose you become a meth freak and destroy your body and mind seeking oblivion and escape from this Vale of Tears. Now I am totally weirded out. Corporate America makes this stuff at $24 a box, but people can't grow and smoke cannabis in their own homes? These chemicals it seems to me are as dangerous and harmful as anything yet somehow somewhere someone paid enough money to get this stuff approved and legal. My poison of choice is a glass of beer or a bottle of wine and my pill of choice is Metamucil so I guess I'm one of the lucky ones at age 55 but these rules and omissions and subterfuges confuse the hell out of me. I would be a Libertarian if they didn't hold all government in such contempt. 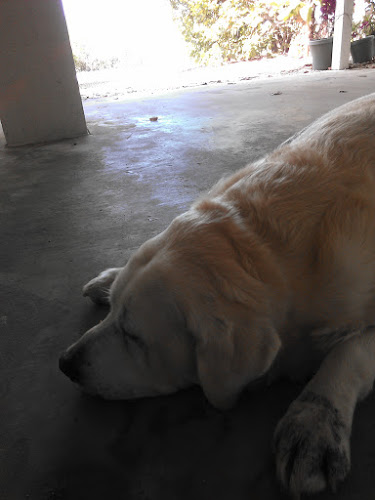 Yeah I know. I should shut up when I'm out in public but there are some sleeping dogs it's just too difficult to leave alone, so in the end I am the idiot for asking the questions instead of shutting up popping the pills and toeing the party line.

Posted with Blogsy
Posted by Conchscooter at 12:01 AM 13 comments: