In 12 hours Mallory Square will be teeming with people there to watch the sun go down.  For me and my dog it's a breezy walk on the waterfront. 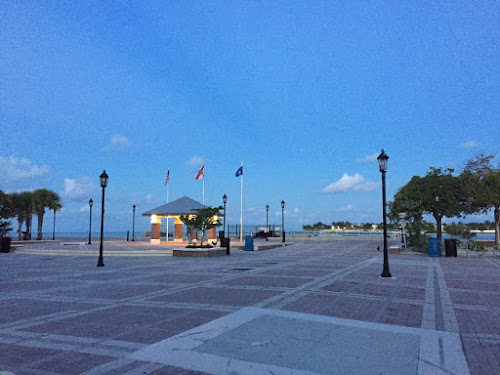 The USS Maine memorial is a reminder of a different time and a different world, a small semi-circle as a reminder of the event that shook the world of it's day: the Spanish American War changed the lives of people living under Spanish rule in islands across the globe. And here in Key West's most tourist-driven spot is the best memorial to that strange and still not completely understood incident. Here's the link: USS Maine. 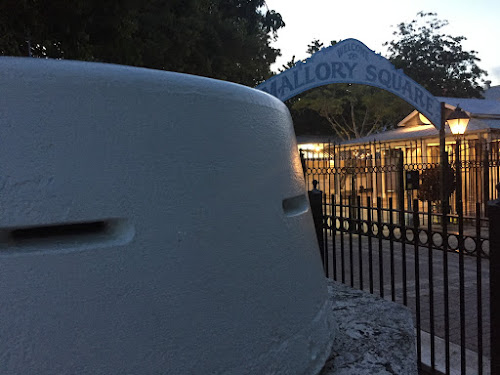 It really is packed with people at night around here and walking in the early hours reminded me that these barricades are for a reason and I haven't got down to Mallory, except to walk my dog, in far too long. 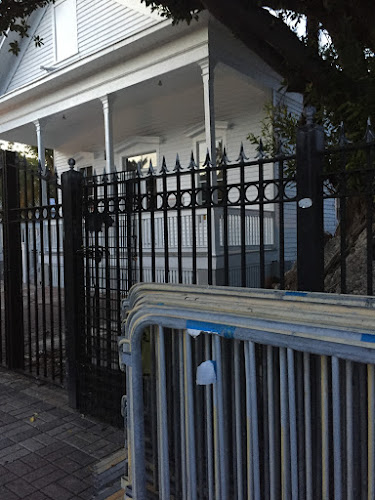 Looking out across Key West harbor: 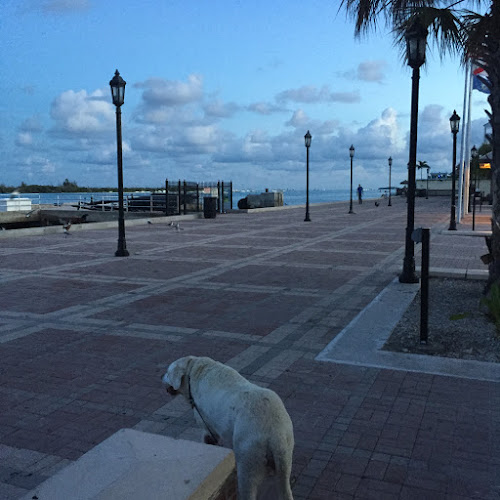 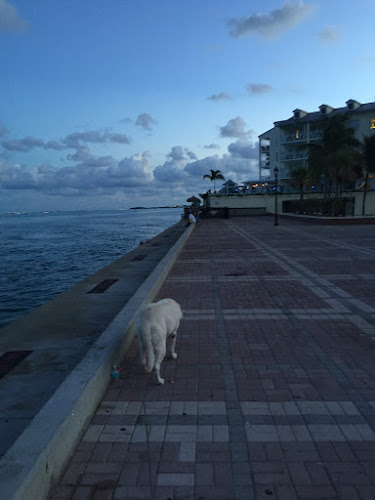 Stephen Mallory's claim to fame was as Secretary to the Confederate Navy.

Born in Trinidad, a British Colony, in 1812, his family came to Key West in 1820 where eventually after getting an education Up North he became a noted attorney in maritime law. He held local offices including Inspector of Customs and fought in one of the Seminole Wars and eventually was elected US Senator in 1850. He served until the Civil War when he switched sides and  thanks to his maritime knowledge he was appointed Secretary of the Navy for the Confederates, also representing Florida as a senior member of the rebel Cabinet.  He was paroled on charges of treason and returned to Florida where he died, still opposing black voting rights, supporting flogging on ships and praying to a Catholic God who apparently supported these high, humane ideals. He is buried in Pensacola yet his name lives on here in this eccentric town where the Federal Secretary of the Navy has been consigned to oblivion. I love Key West's skewed view of just about everything. Perhaps we should bring back public flogging in his square to honor his memory? 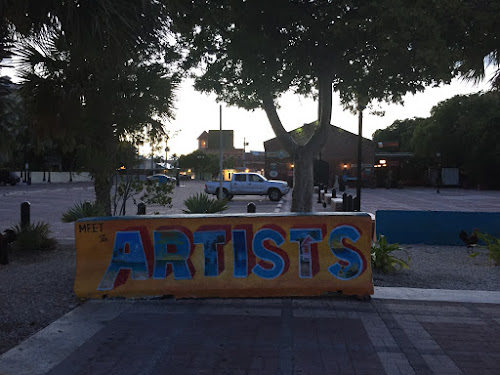 And then through the parking lot toward Wall Street through flocks of cackling chickens. 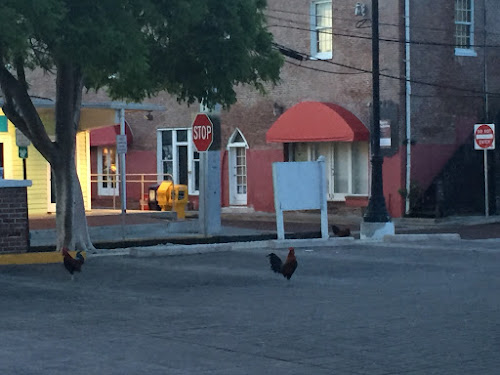