The platform you see below is that of a ship tied up alongside the Inner Mole at the Truman Waterfront. 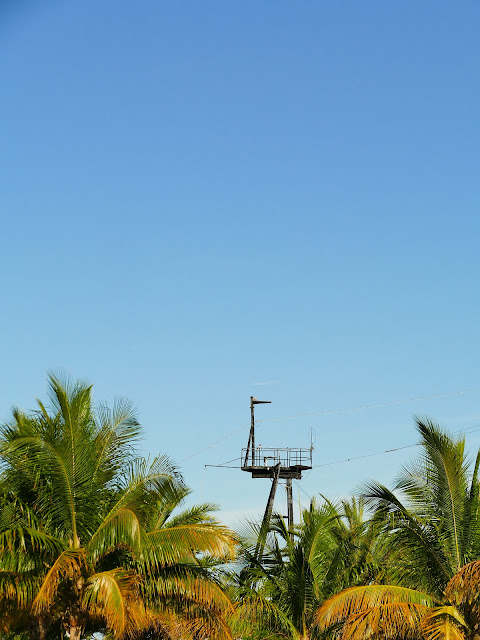 Key West is still home to the USCG Cutter Ingham a survivor of World War Two, outlasting convoy duty and dangerous submarine patrols last serving in the Vietnam War, an extraordinary piece of history here in town, owned by a former city commission member. In happier days you could s troll the quarter deck and have a drink while watching the sun set. Nowadays it feels enough just to see it still there  with the park is reopened to the public. As of June 1st the Keys will all reopen to visitors and the checkpoints will be removed and hotels will be allowed to occupy half their rooms. 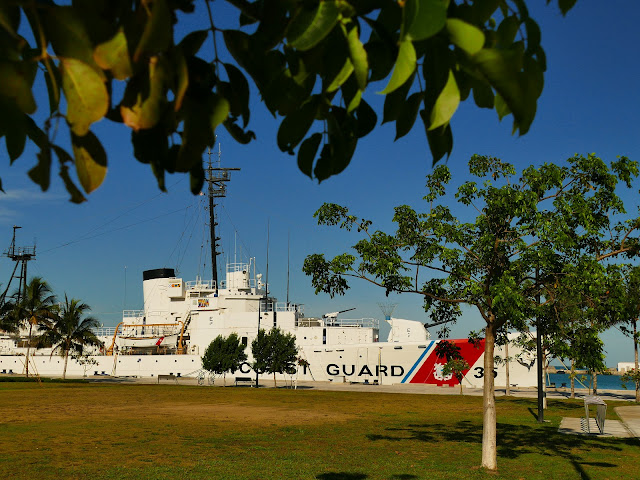 I saw a cutter apparently identical to this one for sale online for some ridiculously low sum of money, $140,000 I think. I believe the guns are disabled but you get a cinema a commercial kitchen and dining facilities for 80 people. It seems to me to be slightly impractical but our financial overlords do seem to enjoy employing people to drive their personal liners around the world for them so I am probably failing to understand some of the nuances of owning your own fleet. 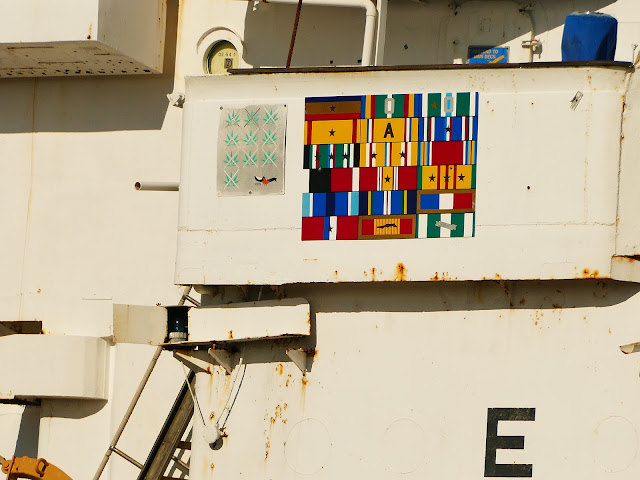 Back on earth Rusty and I practiced for retirement by doing nothing too strenuous and taking our time doing it. My blatant lack of ambition has led me to describe myself as the only immigrant who came to the US with no desire to make a fortune. My fortune has been in knowing what I want and doing it despite the inevitable peanut gallery. As the end hoves into view I have high hopes I may conclude my life successfully by my standards which granted, are not too high. 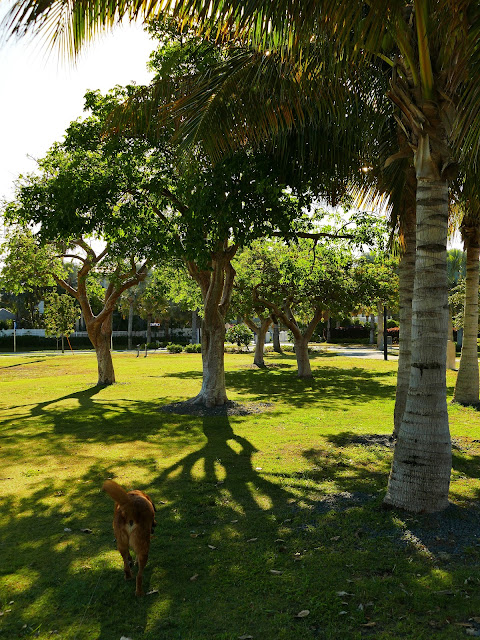 Fort Zachary Taylor is one of the parks not yet reopened by the state of Florida which is not surprising really as this is one town in Florida completely closed to outsiders until June. Mind you having unfettered access to the best swimming beach in Key West without a lot of people would be rather nice. Unworthy thought. 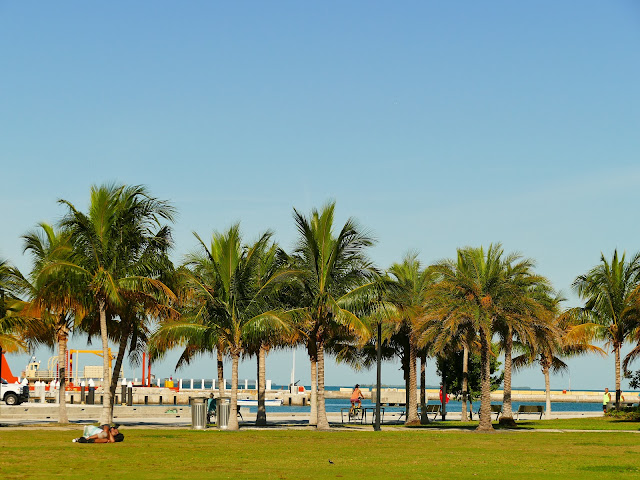 For the time being on sunny days we can walk bike and, it turns out sleep on the green sward at the center of the redeveloped open space next to the harbor.  Rusty enjoyed the sniff and then rolled in the grass then sat and watched. 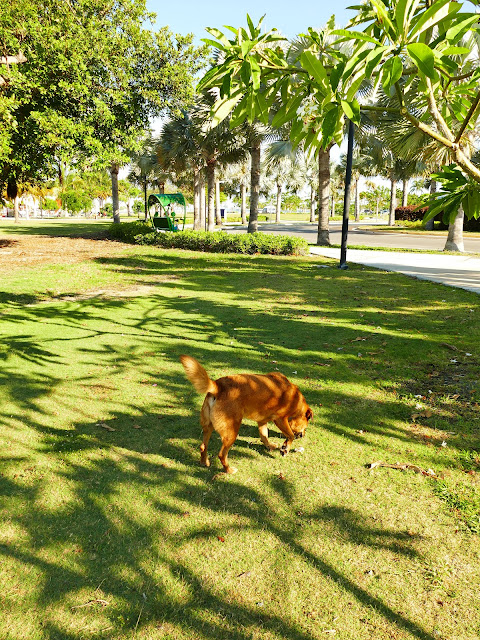 Sitting there on the damp grass enjoying the bright colors reminded me how much I didn't want the former Navy base developed. I perversely liked the old dump, a mixture of gravel grass and neglect that persisted for twenty years after the Navy gave the city an unexpected gift of 34 empty access of waterfront land. 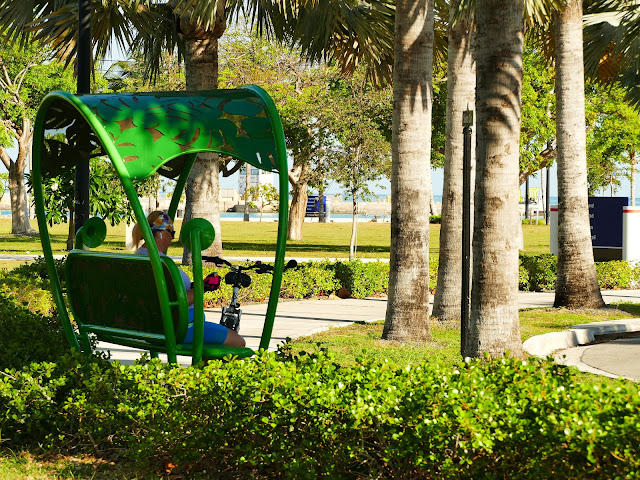 In the best traditions of seeking not to screw up everyone pretended the land wasn't there until it became obvious something had to be done. Plans called for the expected profiteering and I despaired but instead of marinas sports facilities and restaurants and parking lots some restraint prevailed and we find ourselves the proud users of open space filled with nothing too much. 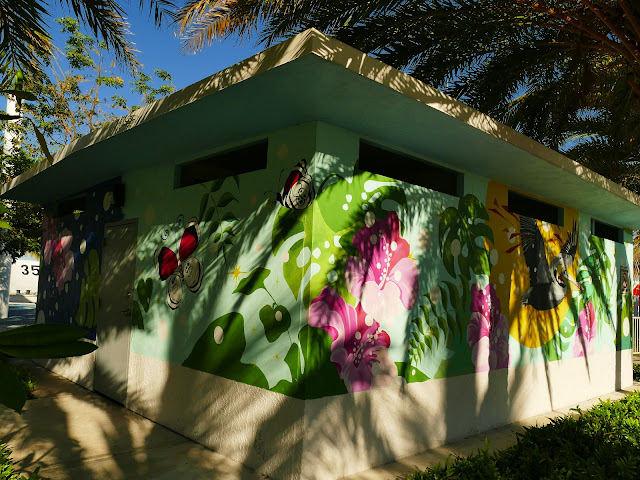 The splash pad for children is closed for the Monet of course but it is a spectacular success normally giving youngsters a wholesome outlet for their energy while for the al fresco fitness oriented there is a circuit of various torture devices under the trees along the water front trail. 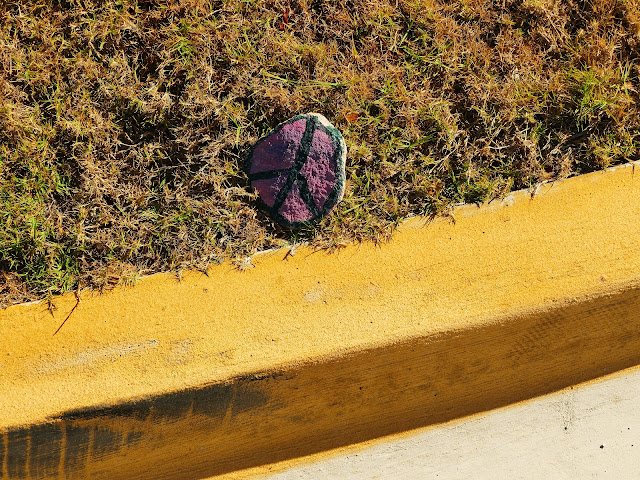 I like my cell phone so you won't find me joining the anti cellphone tower complainers. 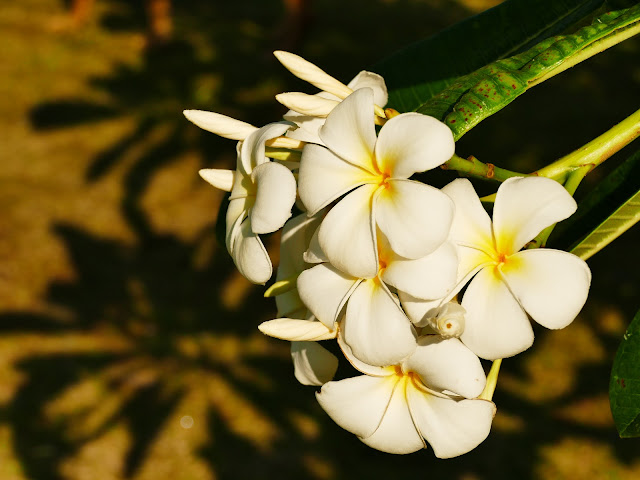 Broadband for all would be my war cry were I to run for office which I won't so I'll let others complain about the communications towers and I'll focus on the flowers in bloom. 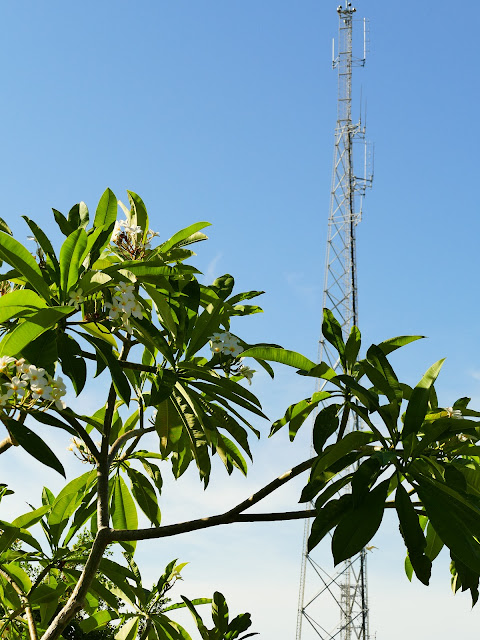 Oddly enough Rusty wasn't the only dog dragging a human hither and yon.  I find an occasional visit to this park helpful as it gives Rusty a chance to sniff and catch up on the news of who has been and who has gone by. On a glorious sunny day Truman Waterfront is worth the time. 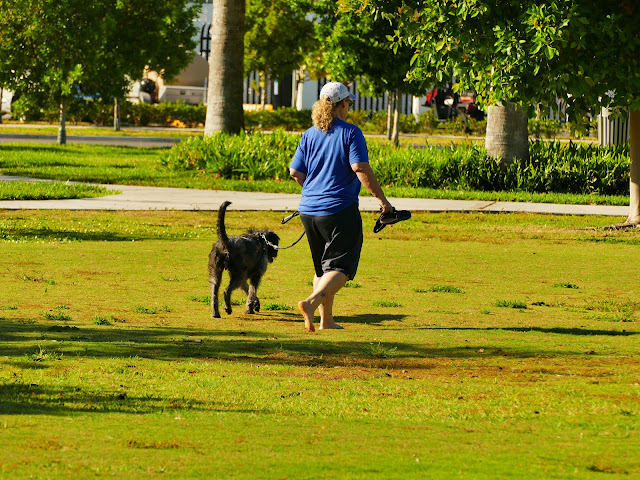 There is also a handy water fountain which accommodates my water jug which when Rusty has drunk the gallon dry, needs refilling. As we head into summer heat Rusty does end to drink a bit more than he does in winter. 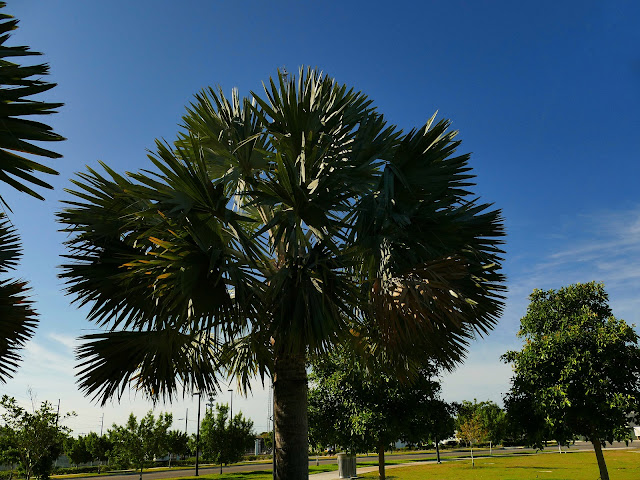 It's a simple place, lots of blue sky, green trees and peace and quiet. 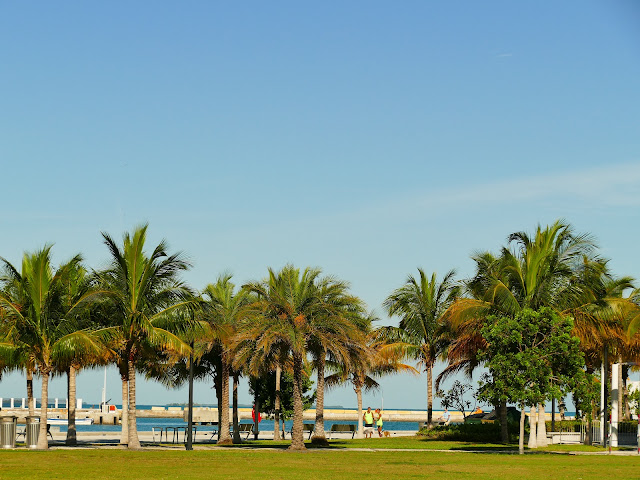 Enough to make a boy thirsty. 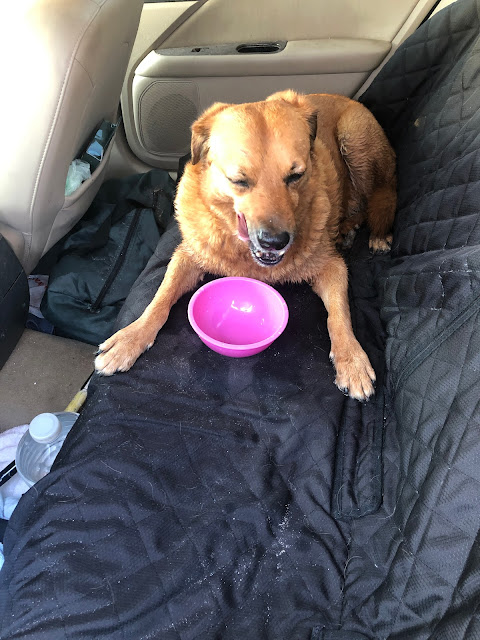 I am not surprised the Keys will reopen June 1st. For those of us with jobs enjoying living coronavirus free, more or less, the re-opening will be a jolt I suspect and we'll all be taking precautions.  It is becoming ever more odd to live a life that feels more like a petri dish then normal boring living. We'll have to wait and see what happens...Will they get sick? Will we?  Will the economy bounce back? Will w ehave to start again? How soon will we know? Pandemics are not at all what I expected.
Posted by Conchscooter at 12:00 AM No comments: