In my continuing effort to hit all our old favorite haunts, the ones I can reach by rolling walker I made a point to haul Rusty to the Old Bahia Honda Bridge. 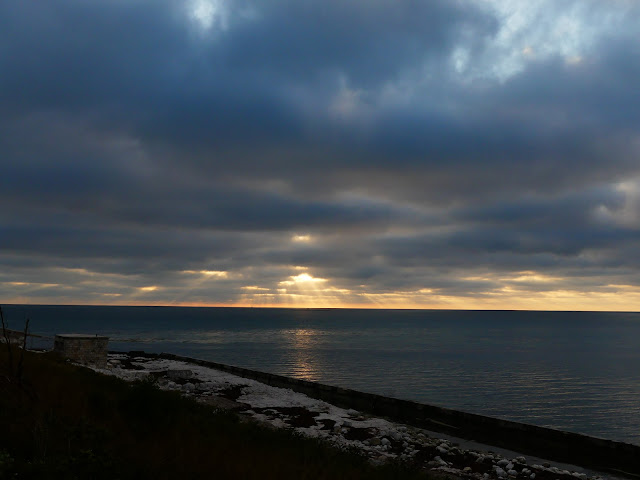 Which it turns out is about 45 minutes from my current home in Key West. It takes a certain commitment to drive this far for Rusty, especially as Layne has brought him here on her way to work. 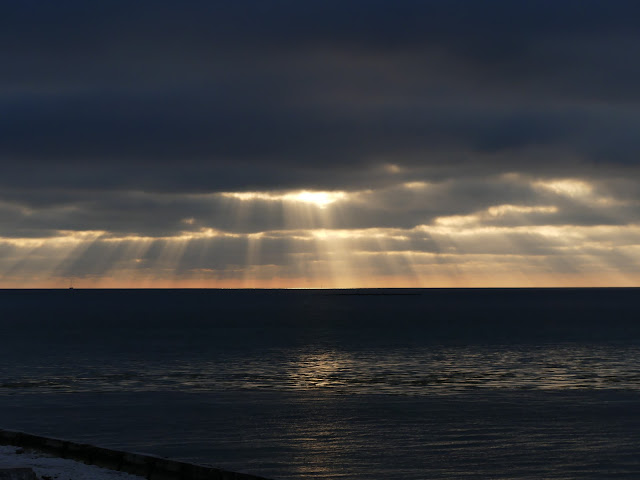 It was a good morning for it, as the clouds were dramatic and I had hopes for a sunrise. I got lucky enough. 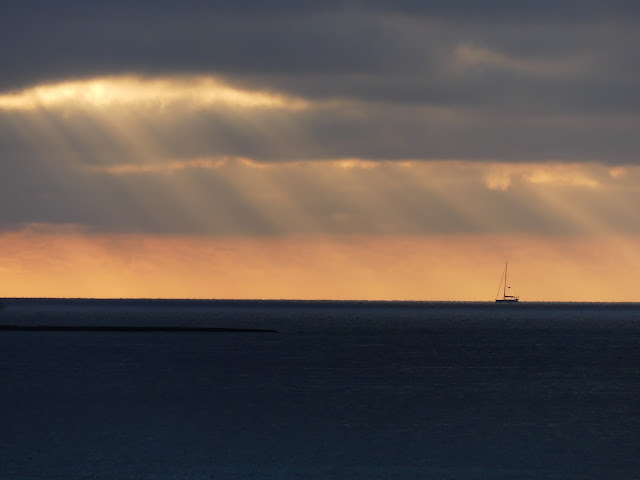 The bridge is continuing to crumble and It's a shame. Inevitable but it would make a superb bike path right into the state park at the other end. 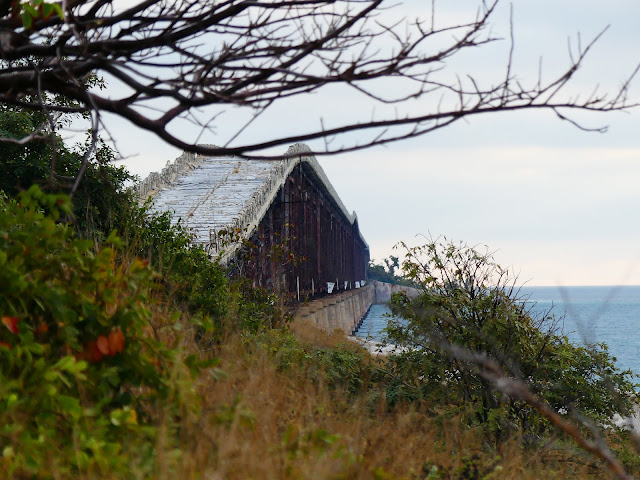 There is a filter setting I'm coming to terms with on my big camera called "Old Days" and I like the effect: 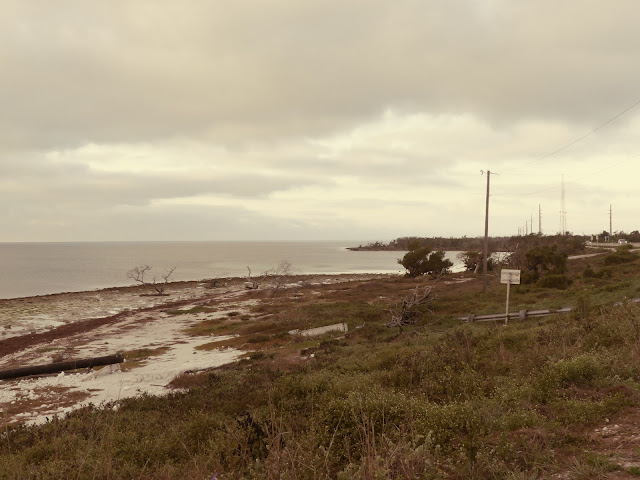 So I played with it for a bit. 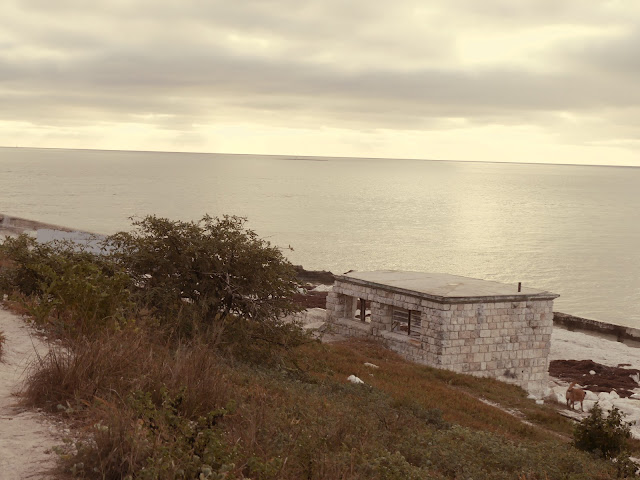 There was dew on the grass; it must be winter. 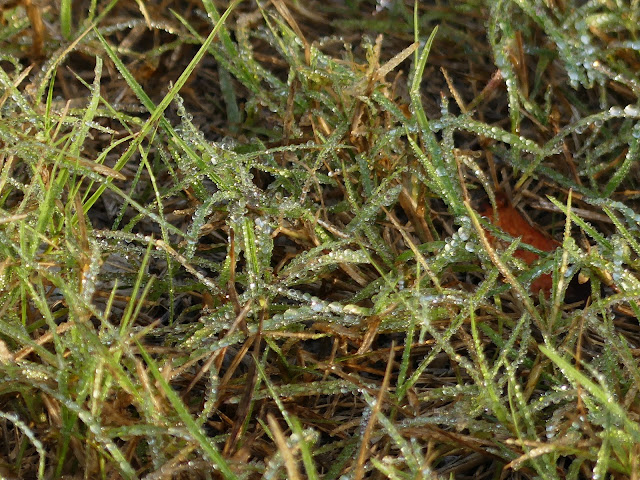 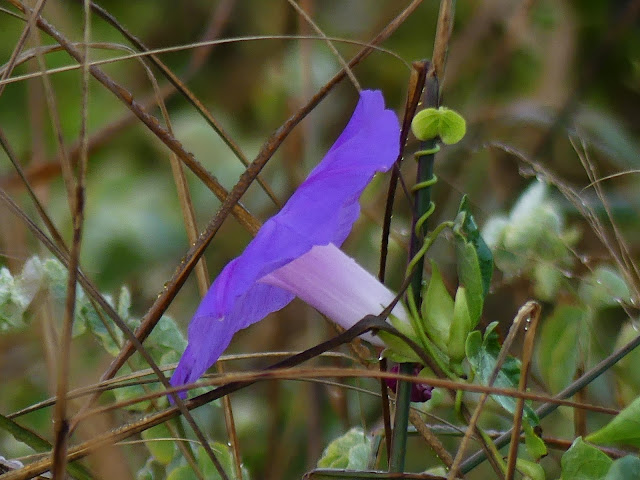 The new bridge isn't picturesque but it does the job. 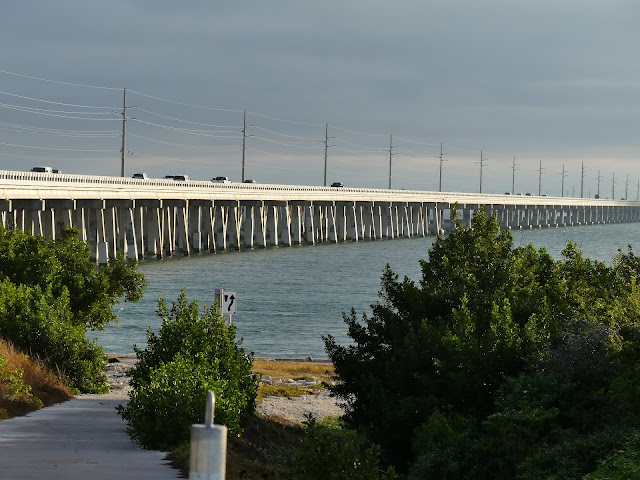 Rusty trotted out and back but I could only get so far on the gravel. We called it a day. 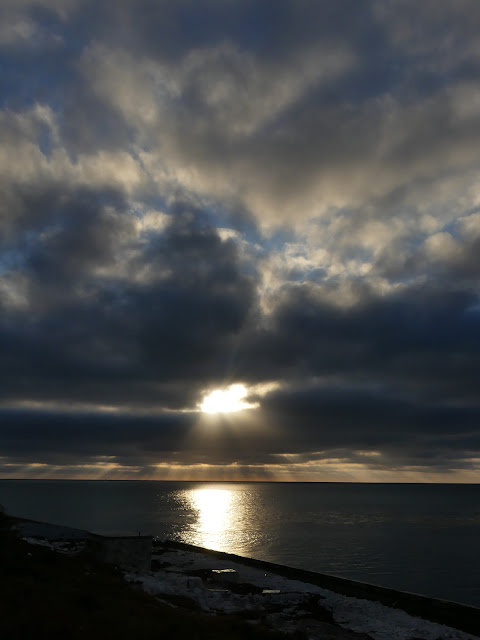 And stopped at a launch ramp on the way back. It's another of those free access to the water ramps scattered up and down the Keys. 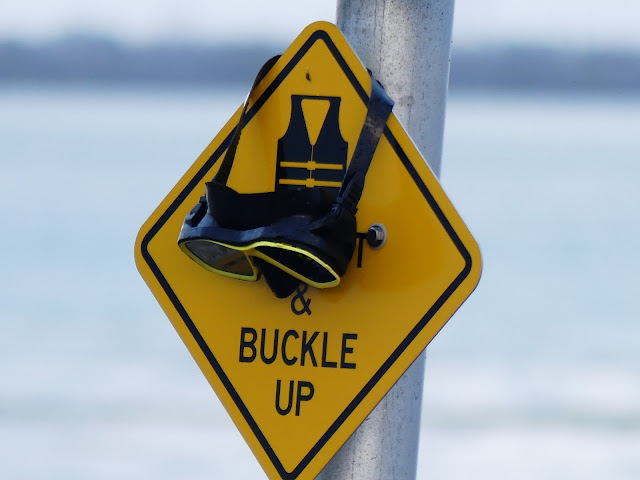 In the distance I could barely make out the No Name Key bridge as the sun had disappeared and rain was closing in again. 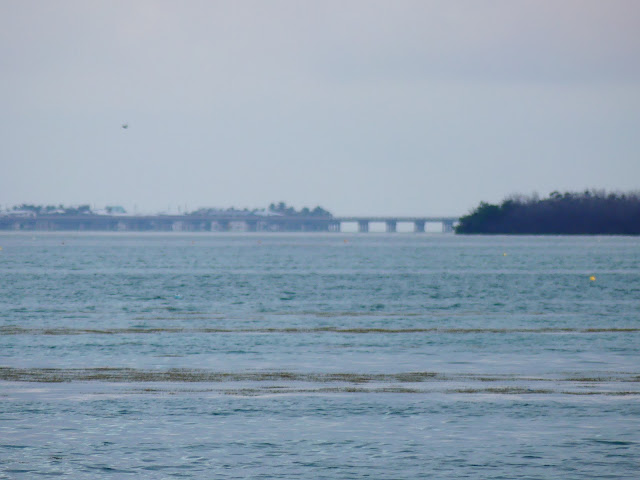 It was beautiful. I love these spots. 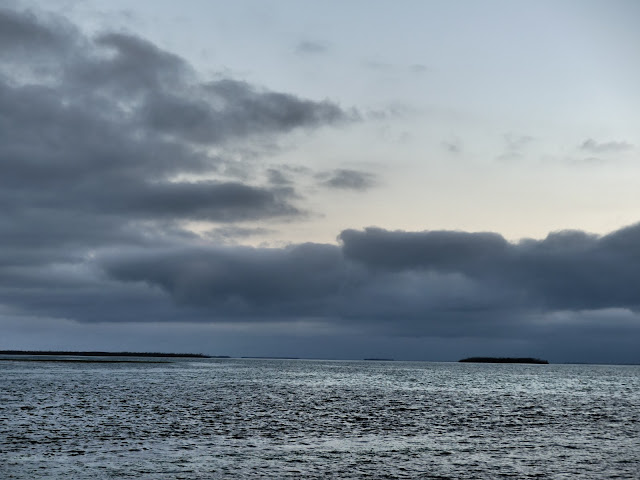 Rusty was having fun in his own way. 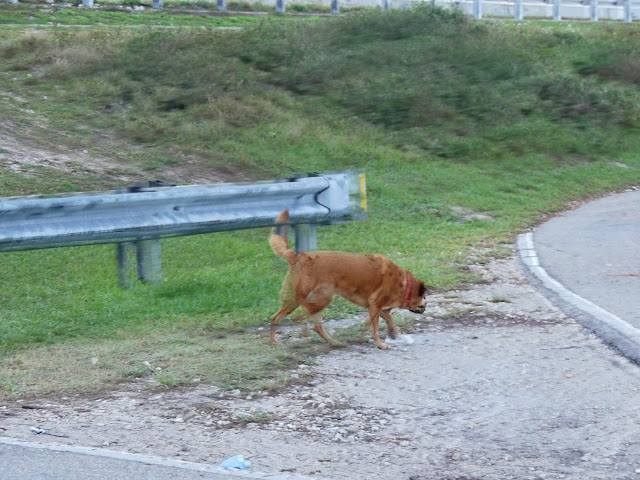 It was a good morning and worth the drive.
Posted by Conchscooter at 12:00 AM 5 comments: