Standing on White Street at four in the morning. I looked up Angela Street and set up my tripod. 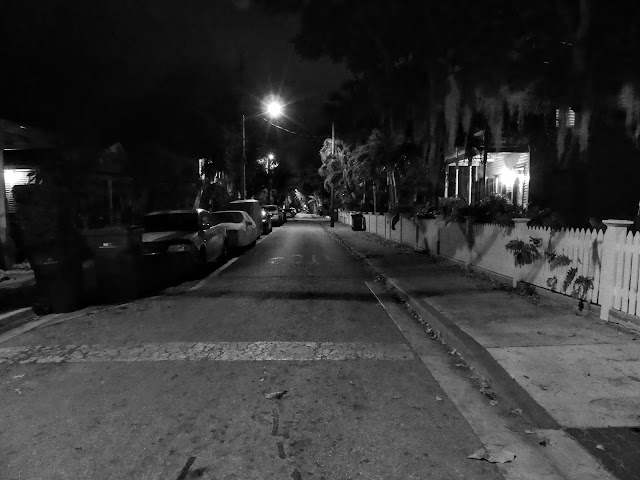 On the other side of the street, the cemetery, above ground to avoid a high water table of course. 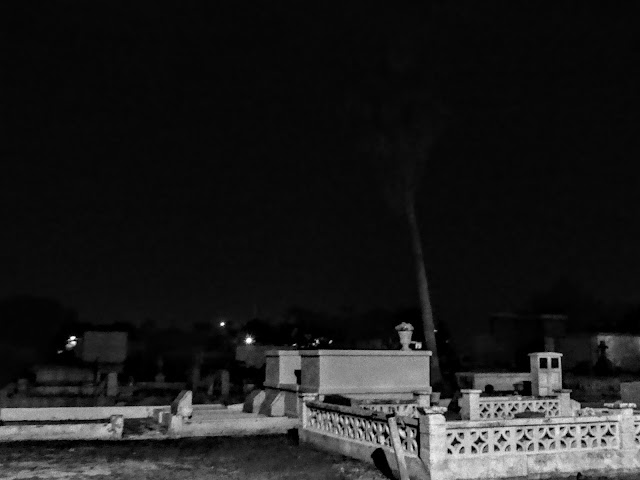 For some reason the night sky over Key West seems particularly velvety and black. The full moon comes around the 19th as I recall so there wasn't a lot of light in the sky last week when I took these pictures. 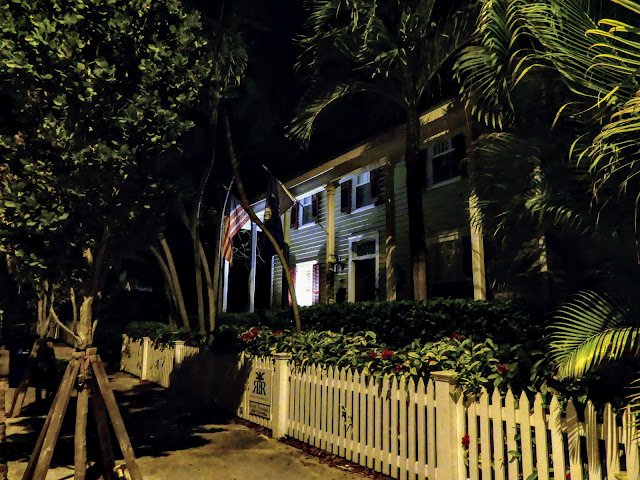 I switched between color and black and white. 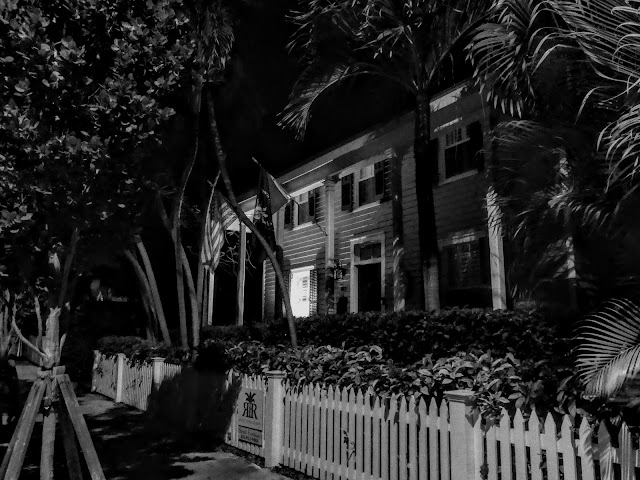 It was windy which tended to give the palms a little blurry motion effect at slow shutter speeds. 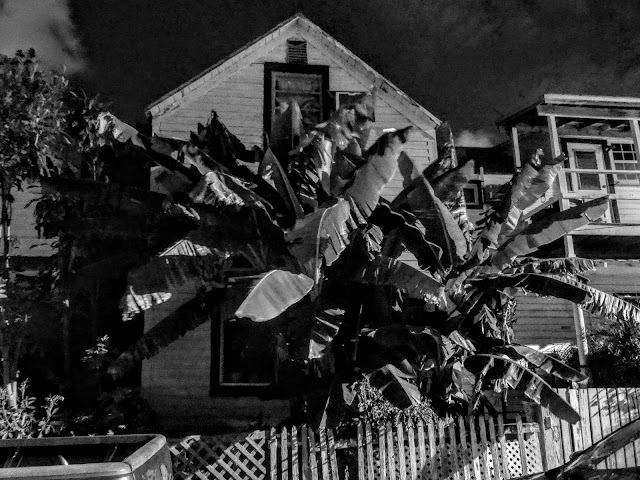 Normally the larger gate on Frances is open during the day but when it's closed, as it is at night it looks rather forbidding: 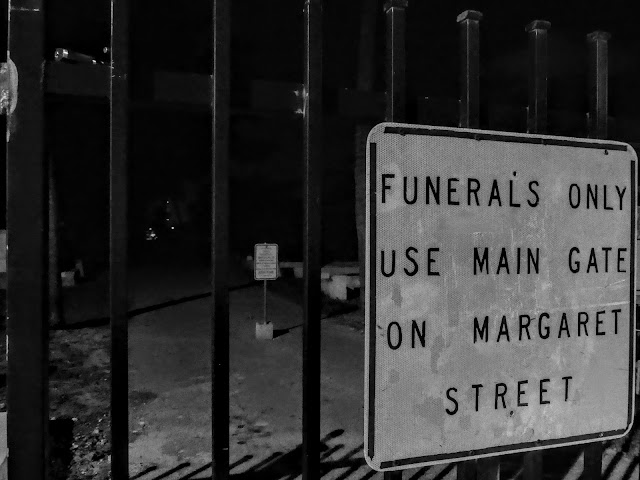 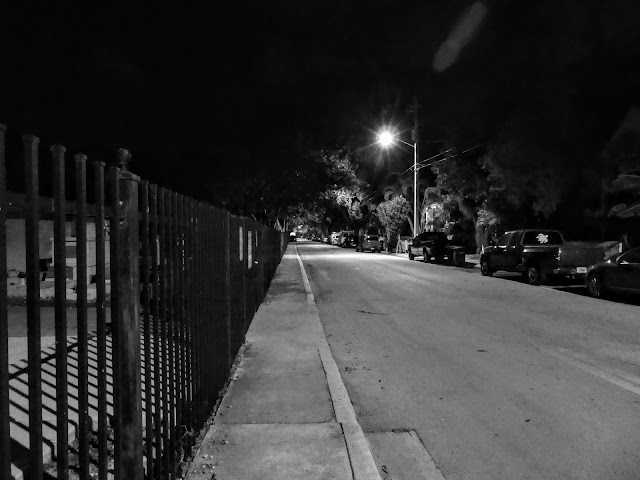 And then in color which does not improve it much in my opinion. 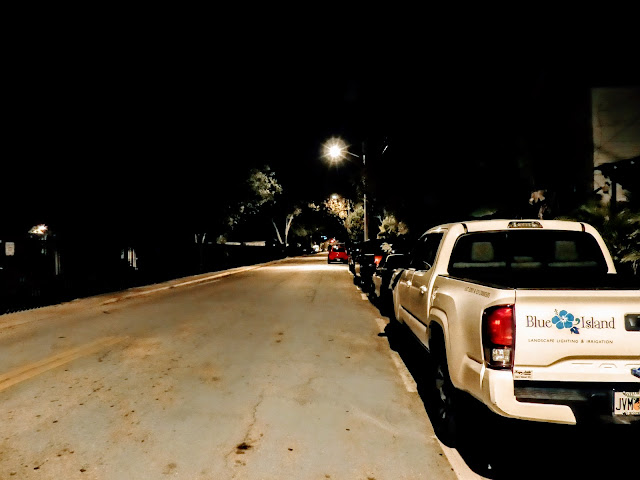 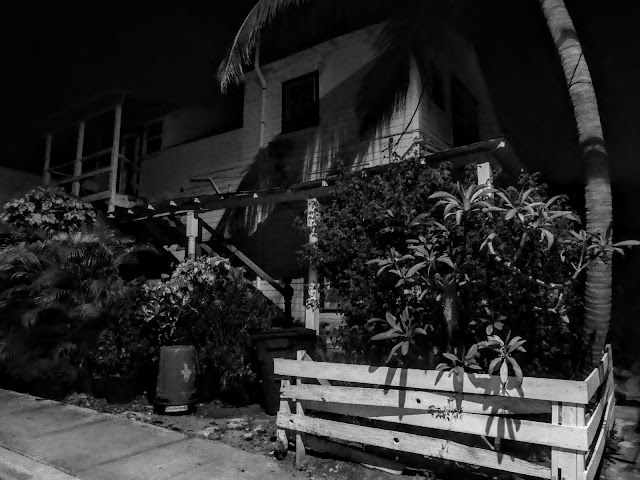 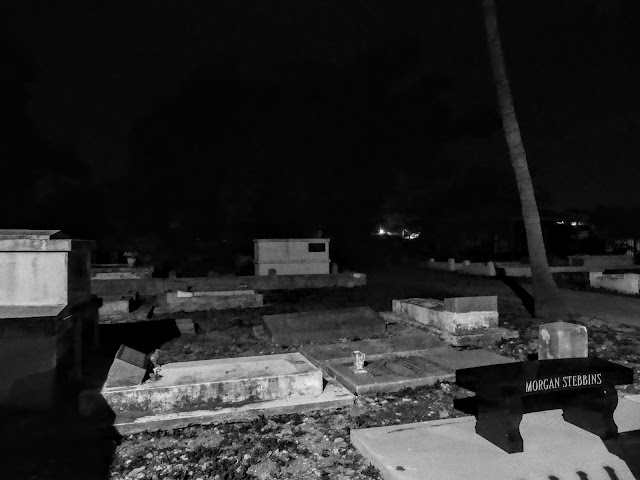 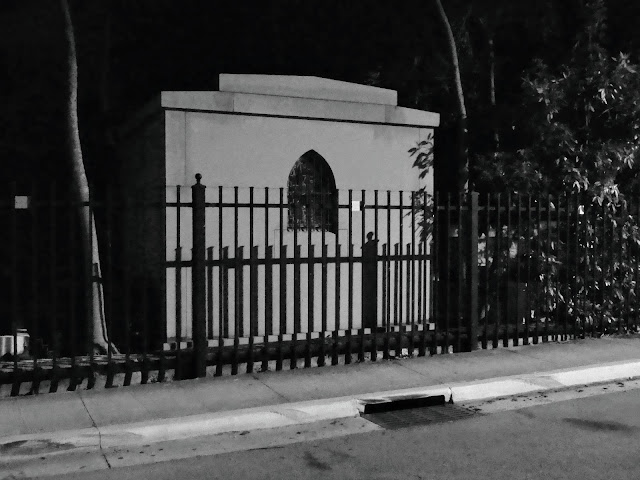