I have been to Puerto Rico twice, but never to Vieques a nearby island. My sister-in-law went a couple of years ago and my wife liked what she heard. Then her oldest friend in a Key West wanted to take her to an island for a birthday vacation, because islands are, I suppose, what island dwellers visit, and my wife put up no resistance to Vieques when she was told that was where she would turn 60. That is why I have pictures of people riding horses in the Caribbean town of Isabel II. 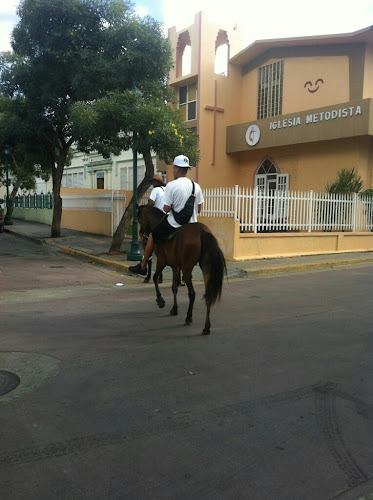 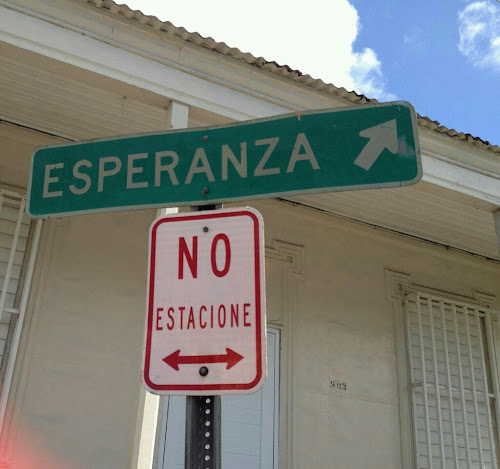 Puerto Rico is a strange mish mash of a country, an overcrowded island in the Caribbean chain of big islands the "Greater Antilles" of Jamaica, Cuba, Hispaniola and Puerto Rico, but it's citizens are US nationals with no Presidential vote but the right to live and work in the US an inestimable privilege especially as the island has a debt of 70 billion dollars for a population of three and a half million, which is decidedly not a privilege. They sell gas by the liter but speed limits are in miles per hour (frequently not posted!) and distances are posted in kilometers. For a nerd like me it is a paradise of contradictions. Yet Vieques, a Puerto Rican municipality, is its own paradise. 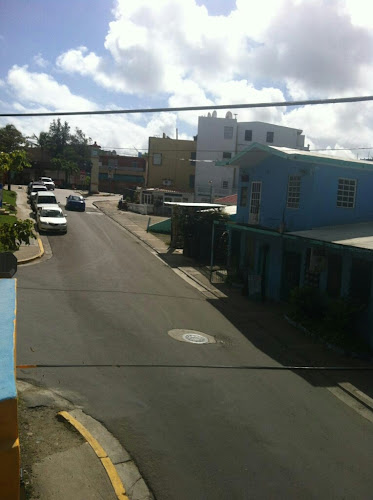 My wife apparently took a walking tour of the main and only town on Vieques yesterday and sent me these phone pictures using a better equipped friend's cell. That's because Verizon doesn't serve Puerto Rico but AT&T does, making my wife madder than a wet hen. Isabel Segunda means "Elizabeth the Second" and refers to the Queen of Spain who authorized the first European explorers of these waters. 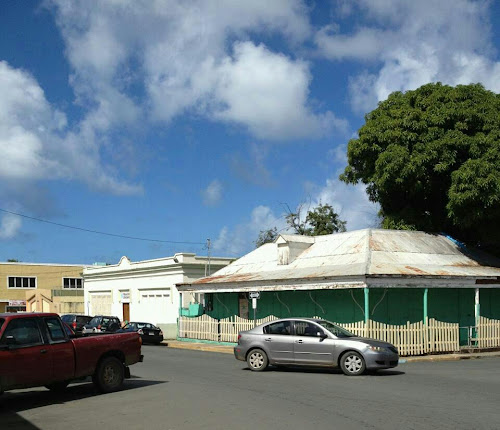 Ten thousand people live on Vieques, a hilly island twenty one miles long, four miles wide and about eight miles from the Puerto Rican mainland whence come the car and passenger ferries. And this being America (!) whence also come the airline flights. My wife, ever the careful shopper, wanted to rent a car in San Juan and take it to Vieques on the ferry, as rentals are in high demand on the little island. No can do they told her. Only passengers are allowed on the ferries, and privately owned vehicles. However the government run ferries only charge two dollars a head, and locals whose taxes help pay for the ride get to board first. 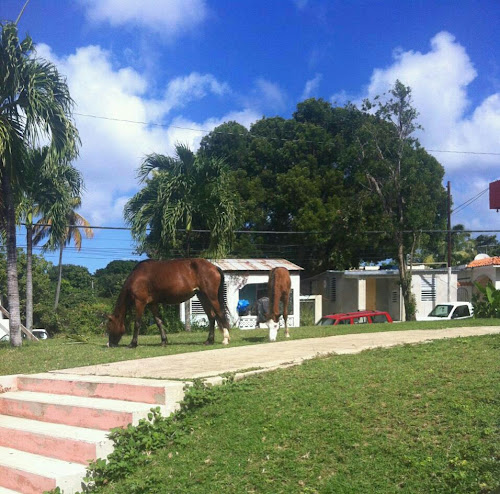 I wondered how isolated the "Little Sister" (La Nena in Spanish) would feel compared to the big island, but my wife says Vieques attracts some top flight chefs, especially in the smaller southern community of Esperanza, (Hope) said to be the tourist hub. My wife also told me she met quite a few former Key West residents in Isabel Segunda. I'm not certain I'm ready to make the switch to a tiny island with a 35mph speed limit, wild horses on the roads and not too much in the way of road trips. 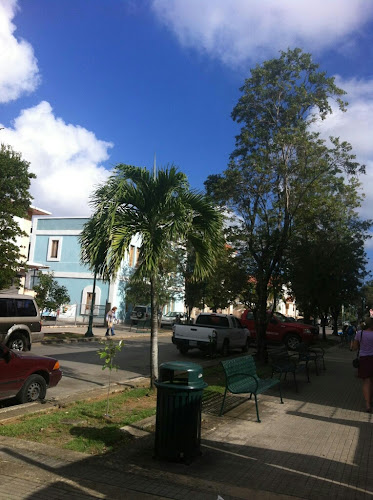 As pretty as it may be it really is quite isolated, and for all that it is American, served by the US Postal Service (zip code 00765) it really isn't part of what one might call the United States. The language is Spanish though the tourist industry speaks English, so you can get by. But to live or travel off the beaten path in Puerto Rico is to be in Central America, not Connecticut. From what I see and hear Vieques too is that sort of rural community, leavened by mainland Americans and a lively tourist industry that keeps the island going economically. Vieques has its own police detachment my wife found out, with their own dedicated dispatch center...but no my Spanish is nowhere near good enough for that, especially considering one of these young officers had no English at all. Tourist be ready! 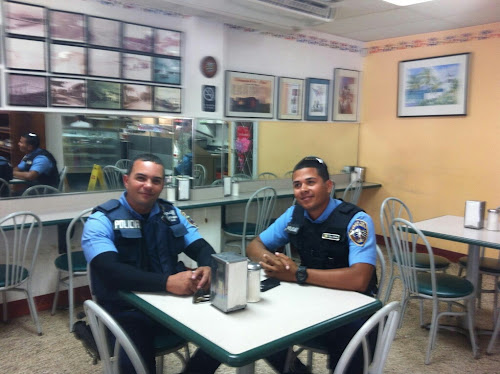 I think I can see the charm of living on an island with not a single traffic light, well paved, yet narrow lanes, isolated beaches and a community strong enough to enforce a strict dress code of no bathing suits on the streets. It sounds rather quaint, old fashioned perhaps, and there is nothing wrong with that. Indeed when I get tired of hearing the complaints how Key West has changed and deteriorated over the years, I shall rest assured a small Caribbean island will be there ready to take into distant exile the detritus of whiners who can't stand change in their beloved Key West. Me included. 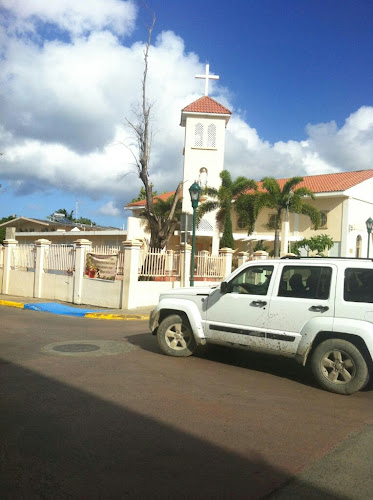 Vieques has community spirit to spare too. The island is responsible for chasing off the U S military who used the ends of Vieques as pin cushions for target practice. You may remember the sit ins and protests and the determination not to give an inch (or a metric centimeter) until the US Navy withdrew completely. Which they did in 2003, promising to clean up their mess. The clean up is almost completed though one area remains closed to civilians as munition and chemical removal continues. As you can imagine there was more than one naysayer who predicted economic calamity with the military withdrawal, and Key West has benefited as training was moved from Vieques splitting the increase between Key West and the Florida panhandle. I did read one blogger who suggested a high murder rate was created by the withdrawal of the US Navy. Vieques, Puerto Rico, Murder Rate Highest in the World though I must say the island is also voted the friendliest in the Caribbean so I'm guessing the killings don't affect tourists... 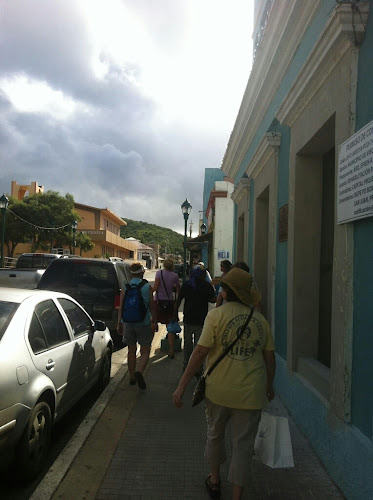 The net result of the anti-militarist shenanigans has been to create what is by all accounts an absolute paradise on the bulk of the island. The former military land has been turned over to the US Fish and Wildlife Commission so the islanders have smartly preserved themselves from development and given visitors an opportunity to enjoy secluded beaches, empty rolling hills and minimal infrastructure. Truly, by the sounds of it the Caribbean as it once was. In fact they recommend renting four wheel drive vehicles if you seek secluded beaches as the sand can be a long rough drive from the pavement according to the literature. 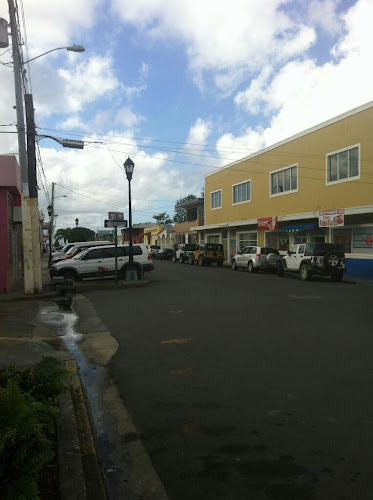 That then is my introduction as much as yours,maybe, to Vieques. I am promised more pictures of more places by my intrepid explorer wife. For more instantly: Vieques, Puerto Rico - Vieques.com - Island Travel Guide / Isla de Vieques or Vieques travel guide - Wikitravel 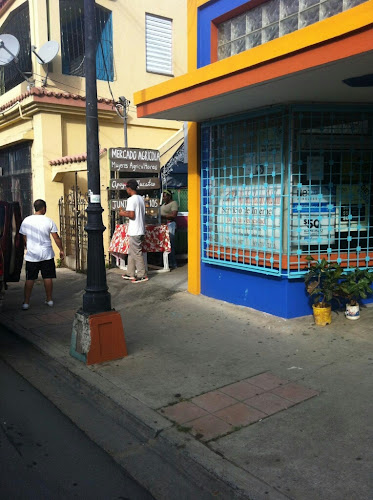