I had a suspicion the recent cool weather might have pushed the most famous resident of the Blue Hole to shallower warmer waters. I  guess I got that right. 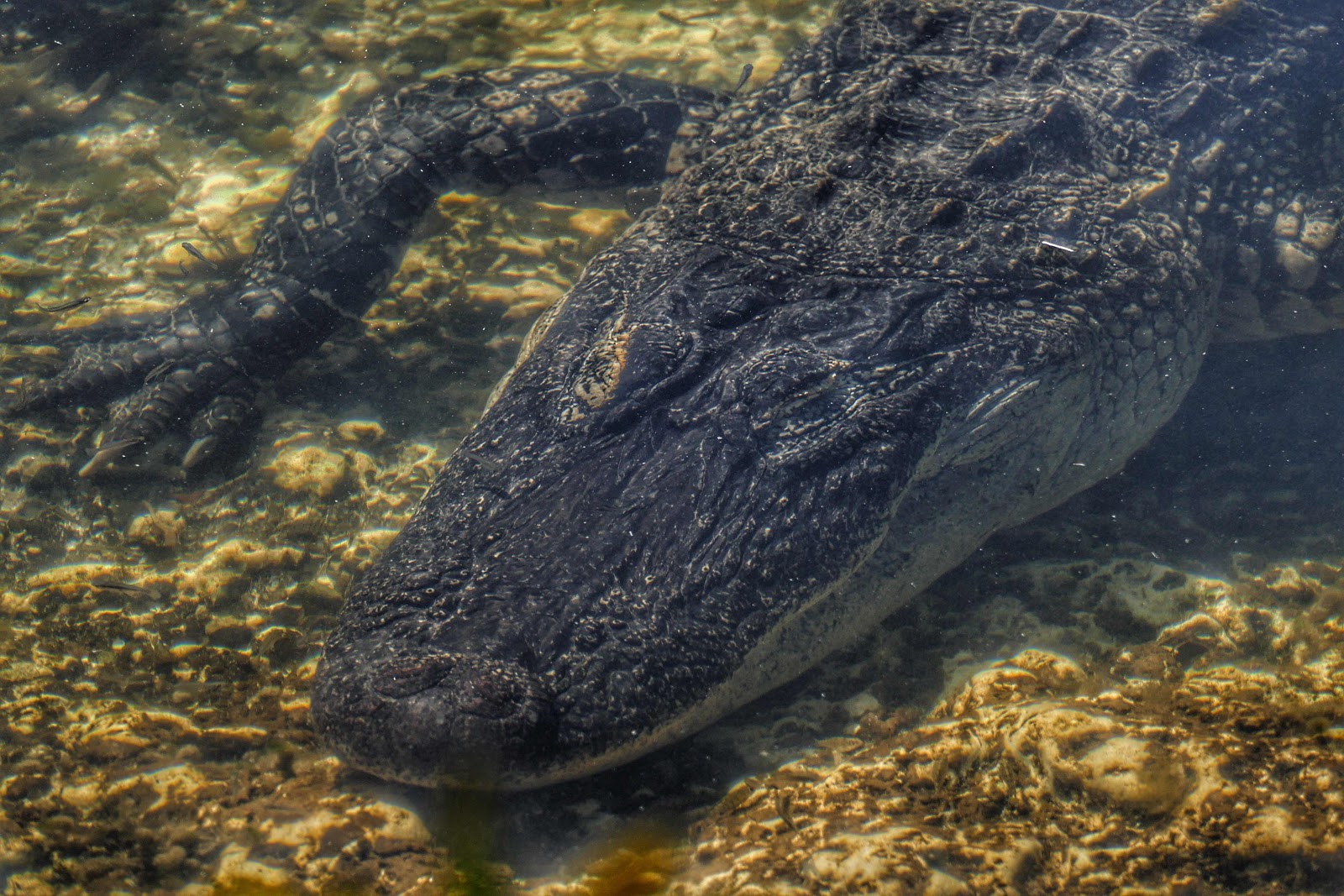 With clear blue winter skies and bright sunshine under a strong cool northeast wind, the blue hole was looking quite appealing. 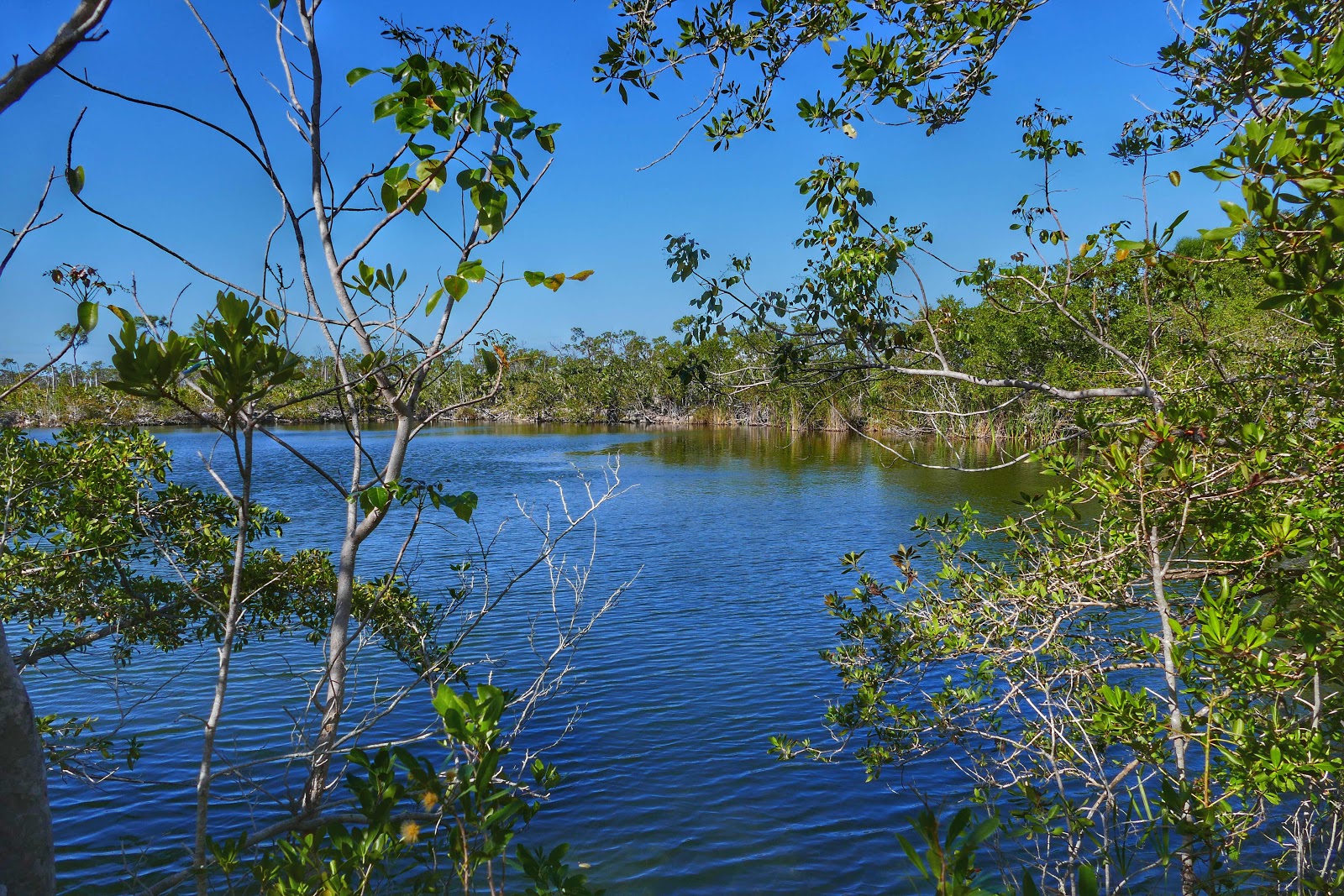 One of the longest straight roads in the Lower Keys is Key Deer Boulevard which points due north three and a half miles across Big Pine Key. Two thirds of the way to the end when you think you somehow have driven too far, there it is, a brown sign announcing the blue hole. 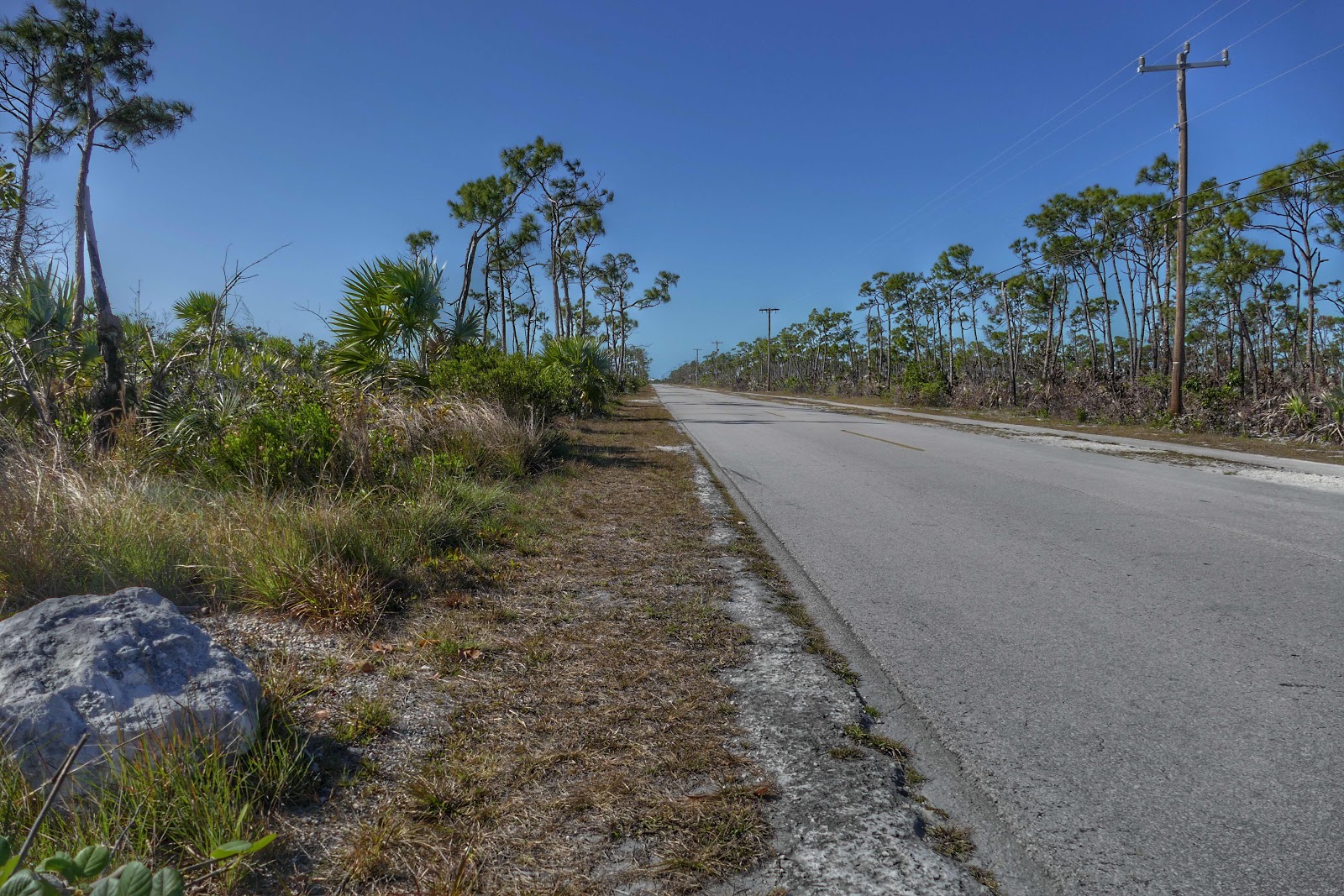 This being winter the Blue Hole attracts quite a few cars, and I might add no masks (except mine). A few days ago I made one of my sarcastic remarks comparing mask wearing requirements to stores that require customers to wear shirts and shoes and my rather heavy handed humor insinuating that the shirt requirement  should be abolished got me a written reprimand. No, I don't really want to see naked chests when I go shopping. However I did see a lot of naked faces congregating around the alligator. 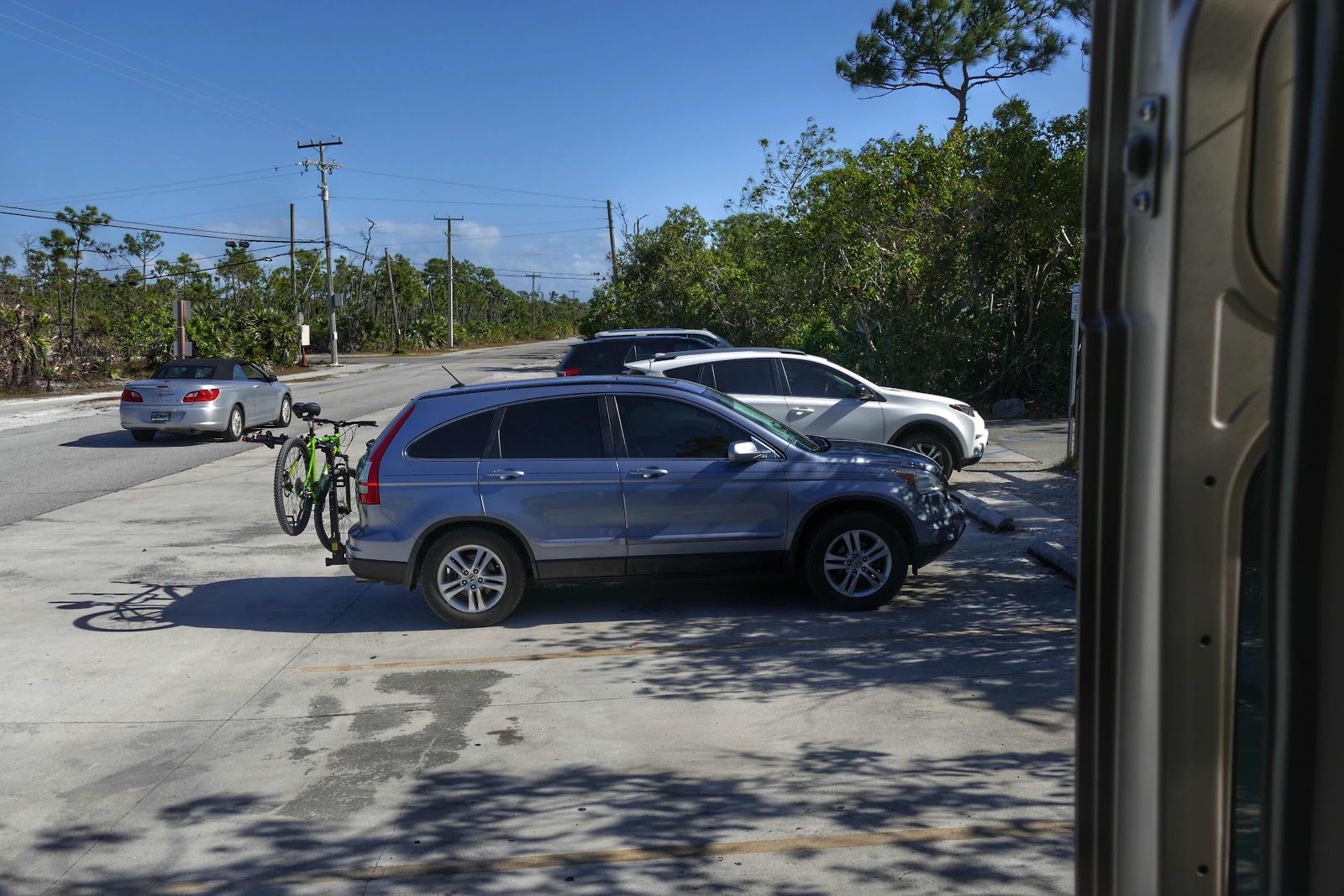 The signs against feeding are generally in vain I believe. The previous alligator in the Blue Hole suffocated when it ingested a pink plastic toy thrown at it in the water. Every visitor to Florida live sin holy terror of the alligator yet it is the dinosaur that is at risk from contact with humans. Ah irony. 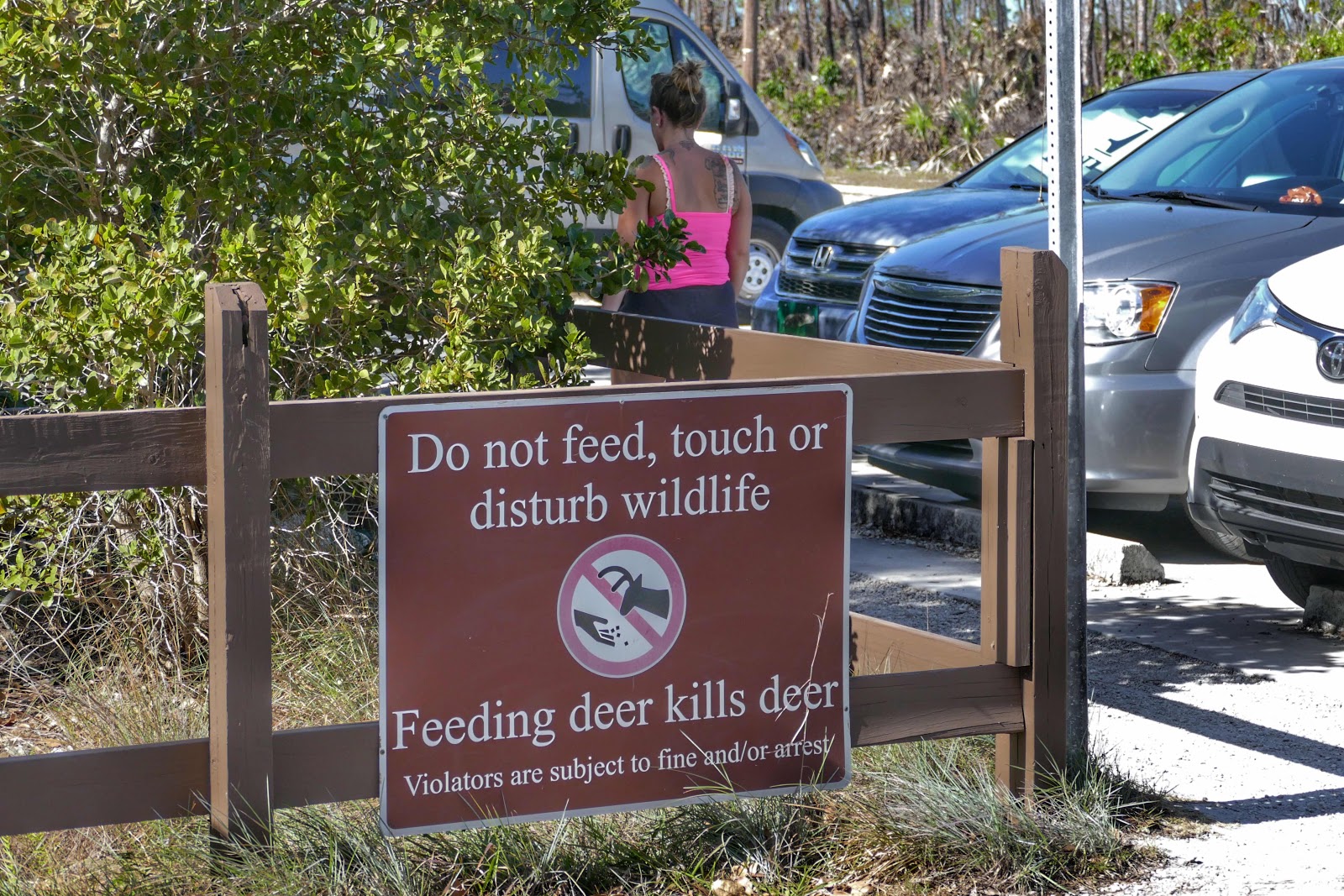 Don't forget: "don't feed the wildlife." In case you had forgotten while walking across the fifty foot pathway to the water's edge - DON'T FEED THE WILDLIFE. 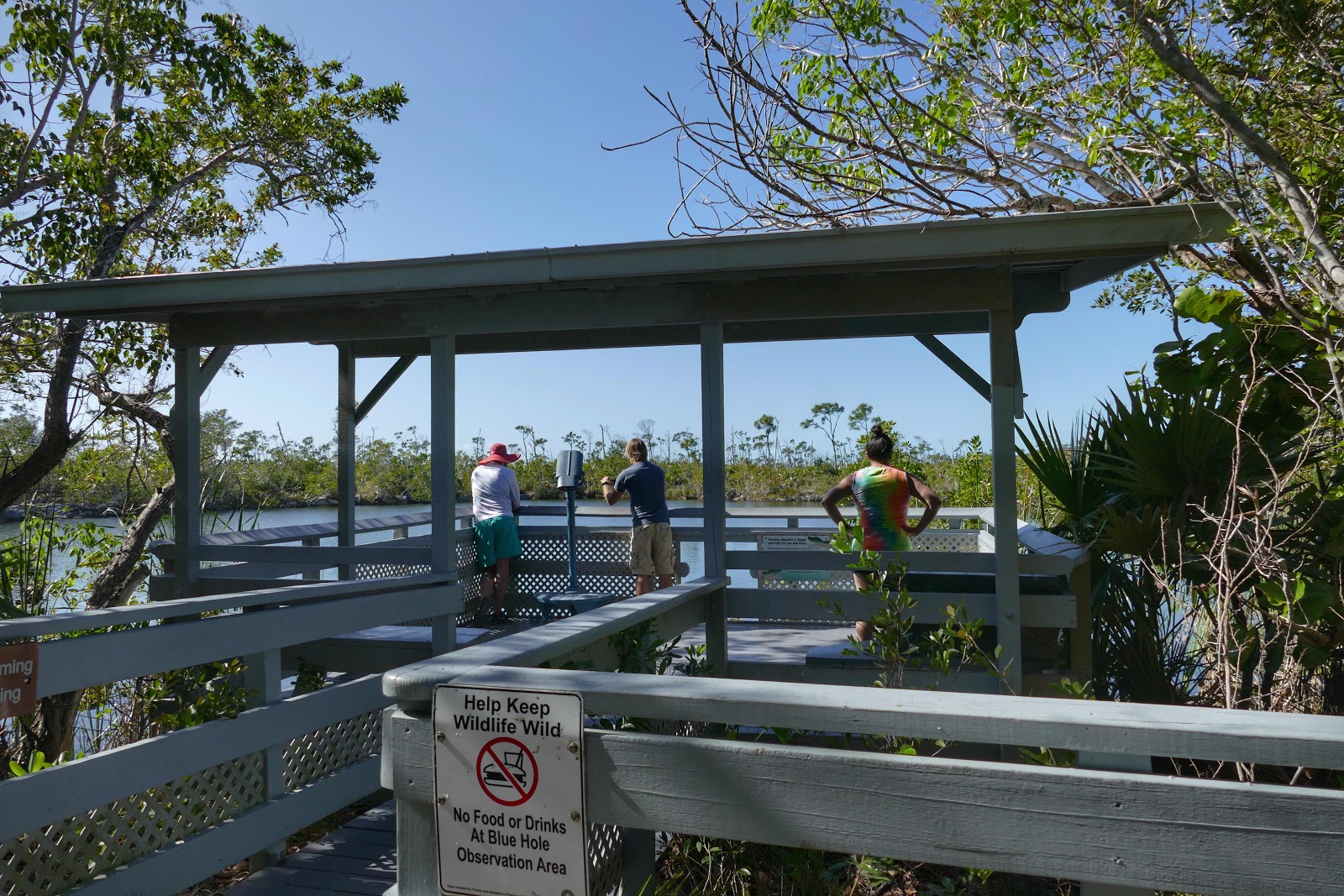 I made a comment to the  person six feet away about how lucky we were to get to see the elusive alligator, a comment that elicited a blank stare.  No less than I deserve no doubt. I don't much care to talk to people on my days off but when I overcome my reluctance in an effort to be polite I get rebuffed. I make a terrible salesman. They could not  take their eyes off the alligator which gave no signs of life and gave an excellent imitation of paint drying...under water. 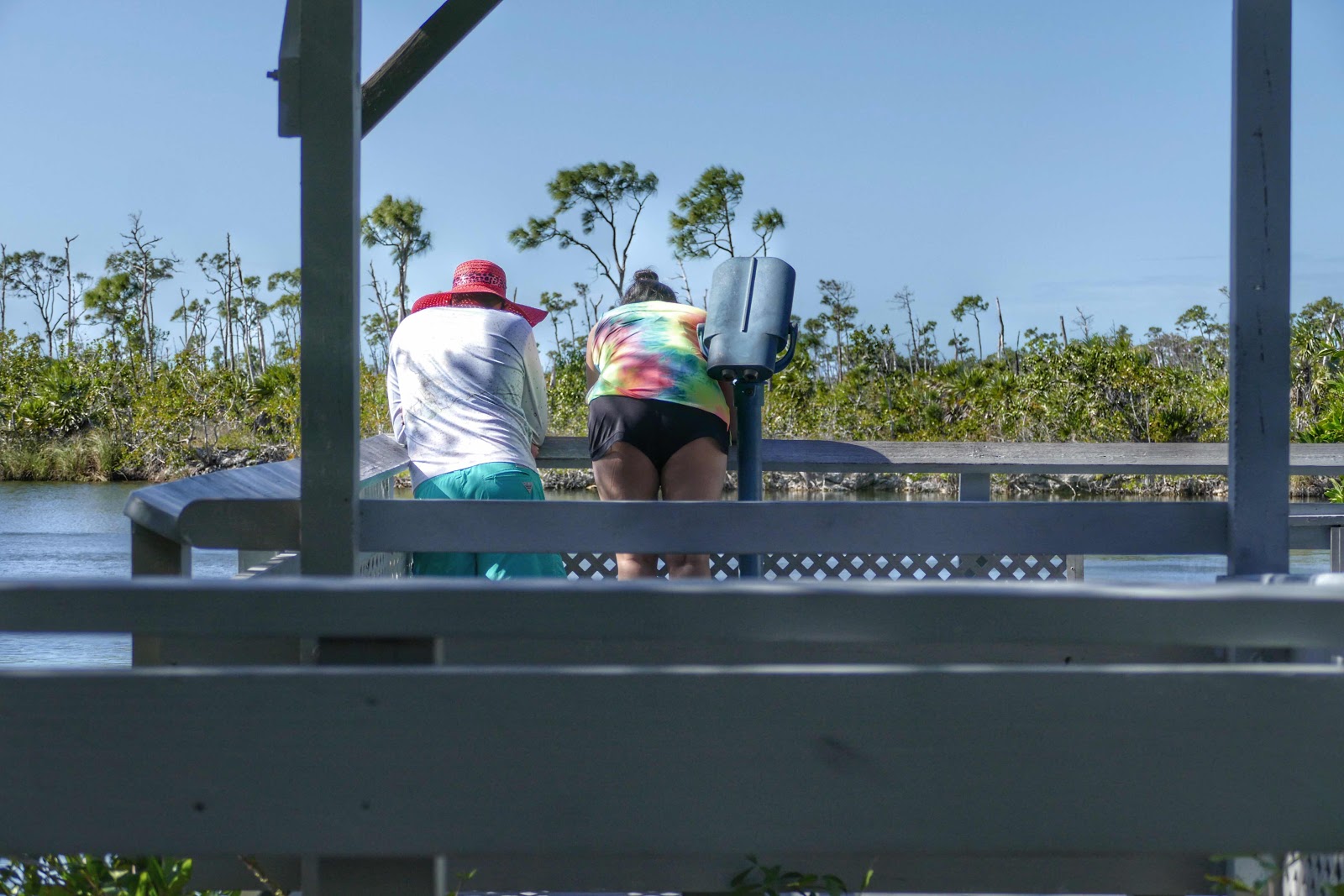 There is all sorts of information about alligators and wildlife refuges for anyone with a penchant for information, of which there were none. People came, looked, got bored instantly and left. For the record: crocodiles are salt water creatures, shy and retiring and can be found occasionally in the Keys, mostly the northern islands nearest Florida Bay.  One swam down to key West for a socially isolated vacation probably and caused a sensation. I remarked rather tartly to my long suffering wife that seeing a polar bear might perhaps have been cause for astonishment in the sub-tropics. 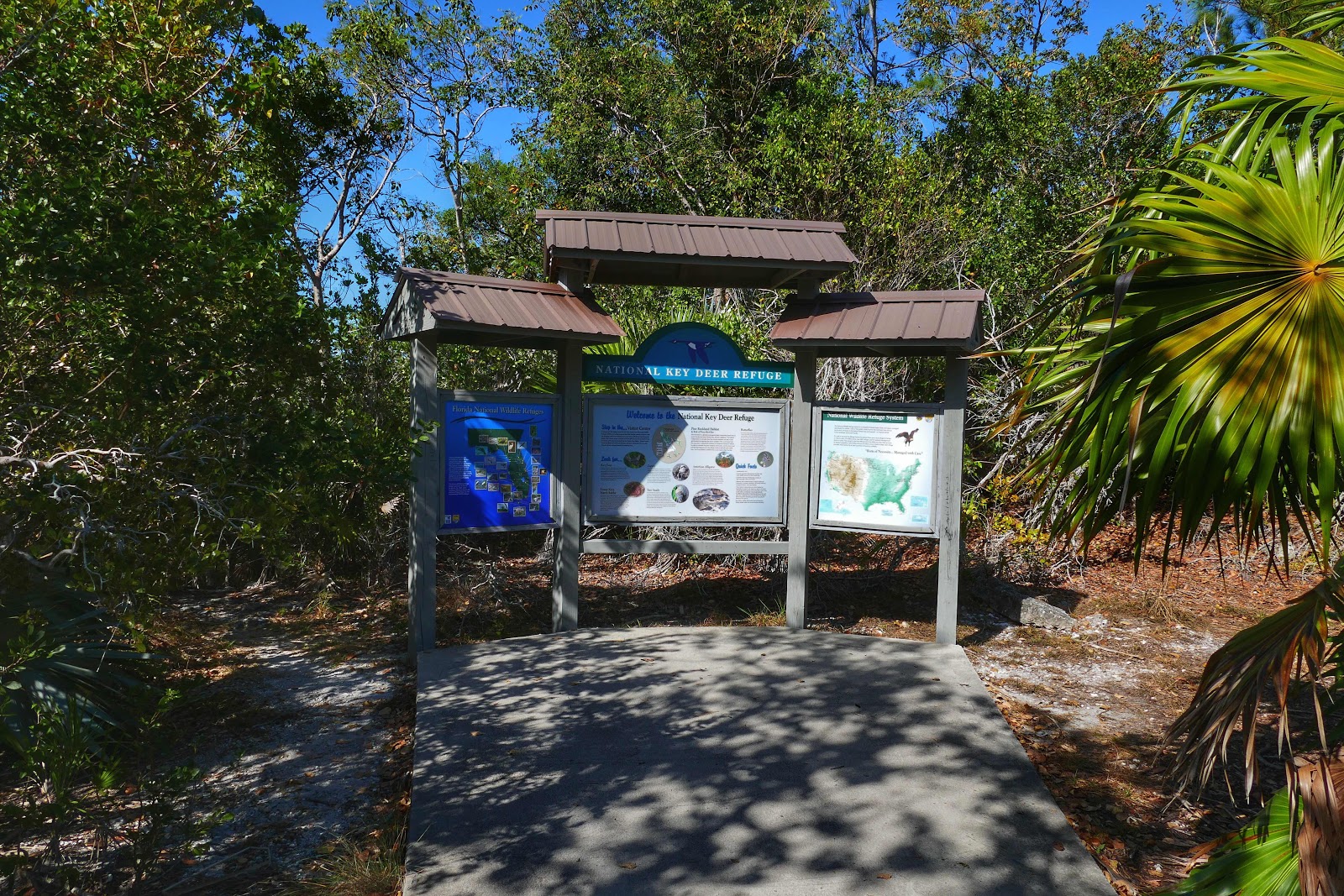 Alligators are freshwater creatures much easier to find in the Everglades than in the Keys where freshwater is scarce. The parks people say alligators cruise the Keys looking for fresh water but I've never seen one in 20 years of walking the trails. I suppose from my perspective it's good that they say this stuff so more people are scared and I get to be alone in the back country. 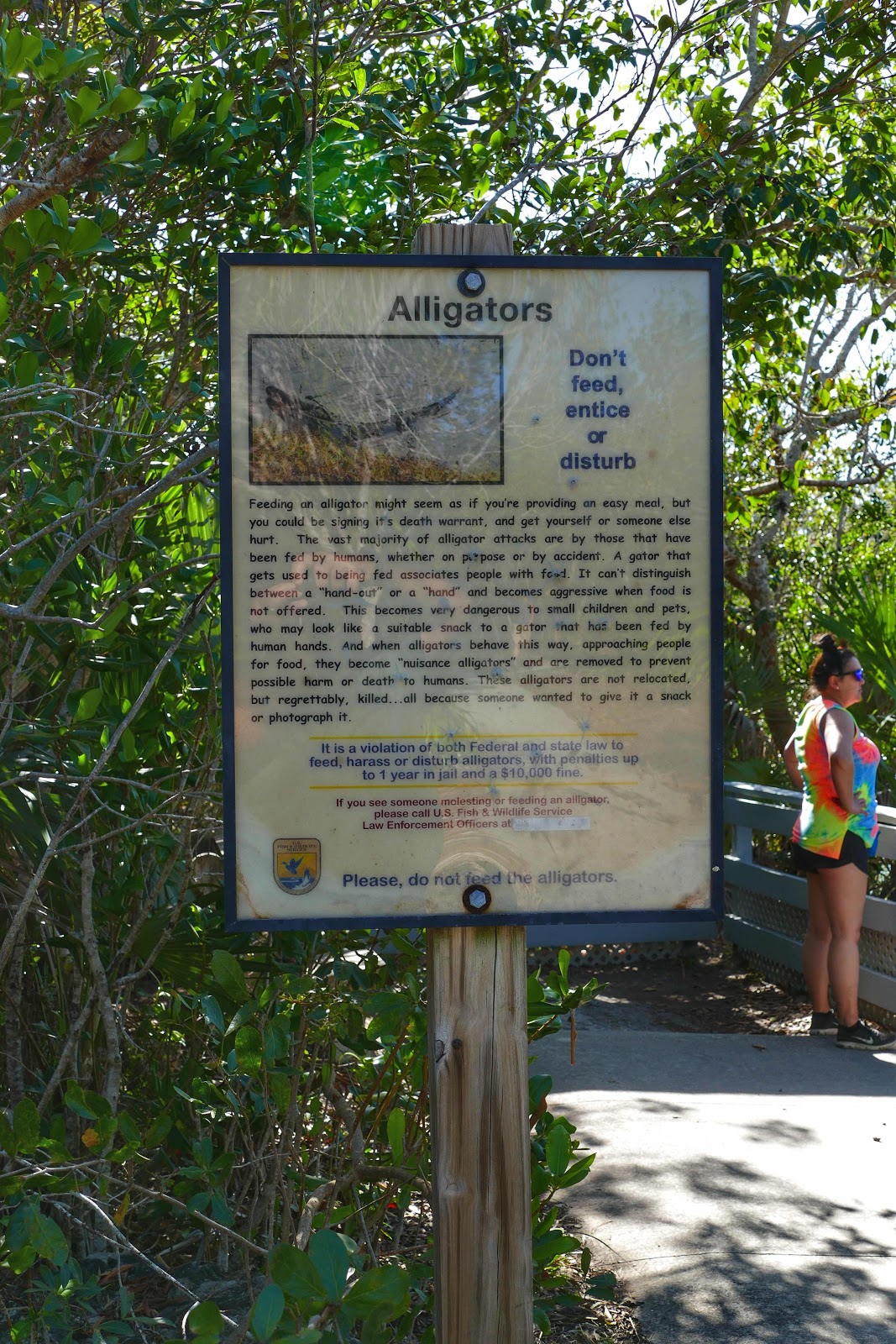 I have to say the Blue Hole was looking slightly blue when seen from  a certain angle. 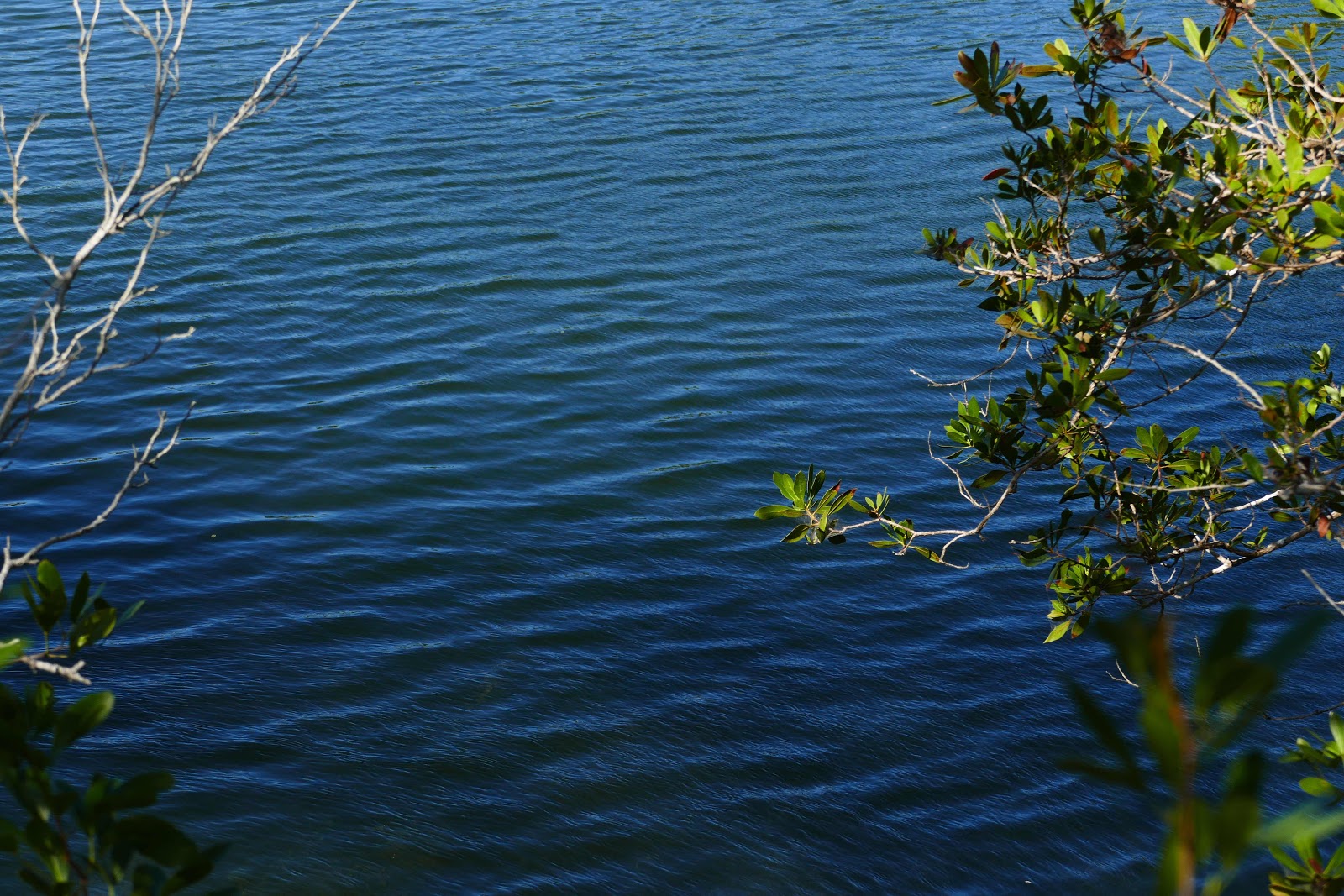 Though really the water is green and somewhat tannic when you look straight down. There are no rivers or lakes in the Keys and places like the Blue Hole are created by humans digging up the rock to make gravel for construction and the resulting quarry, when abandoned fills with rain water and here it is: alligator country. Humans import the alligators, they don't just sprout here by magic. 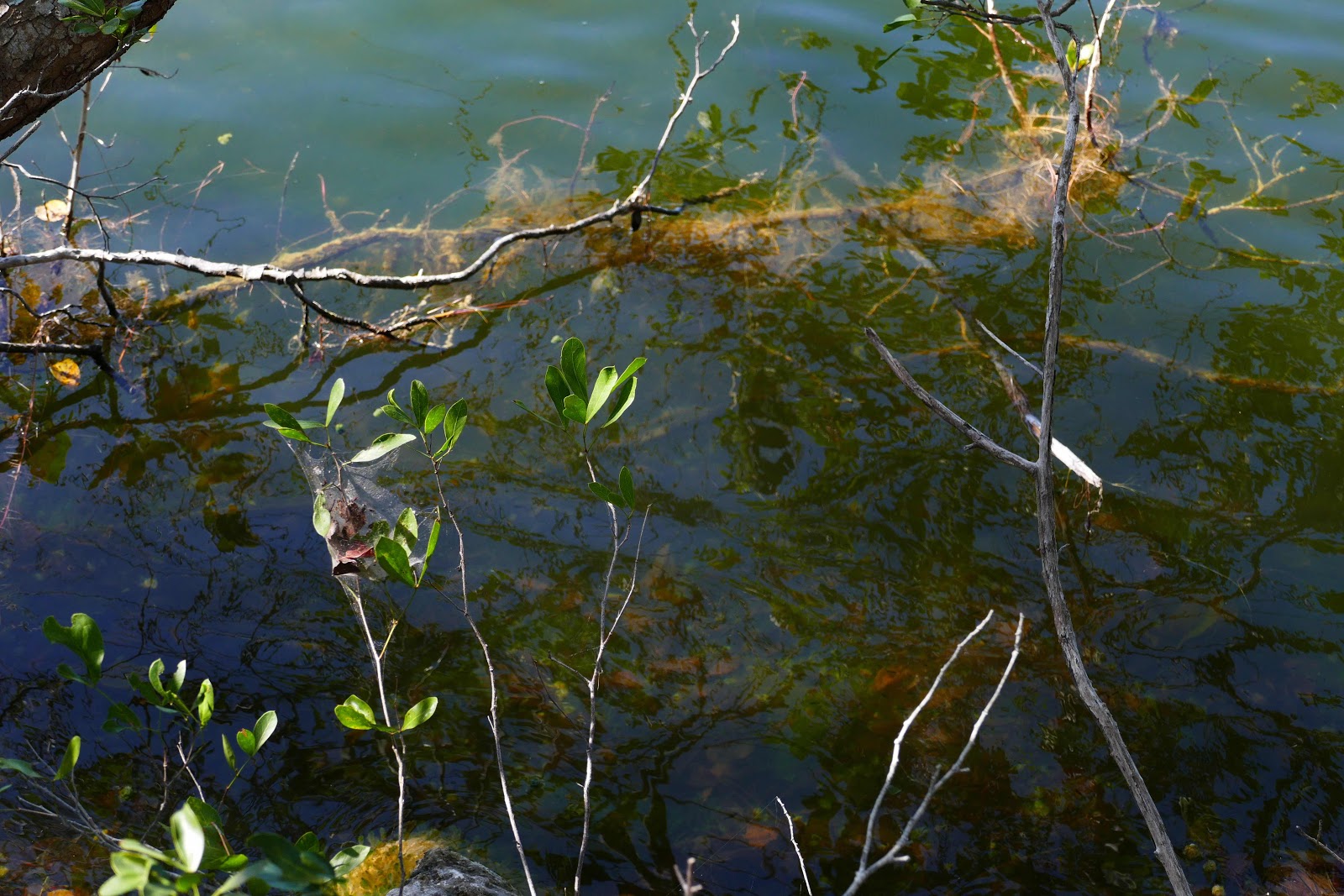 A pleasant spot to waste fifteen minutes on your way to pick up groceries at Winn Dixie up the road. 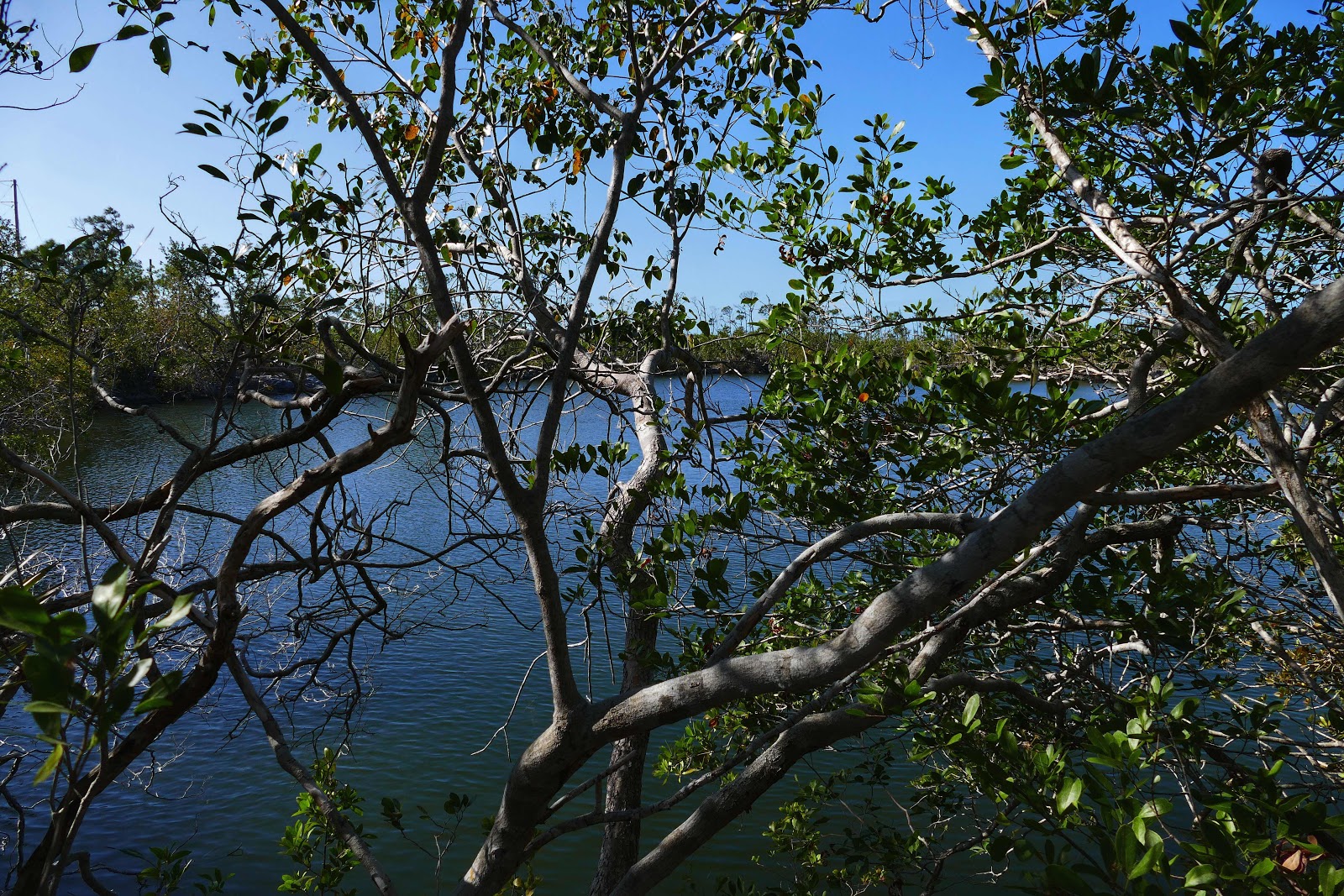 I was lucky enough to get to see the wild creature of the deep on this trip. 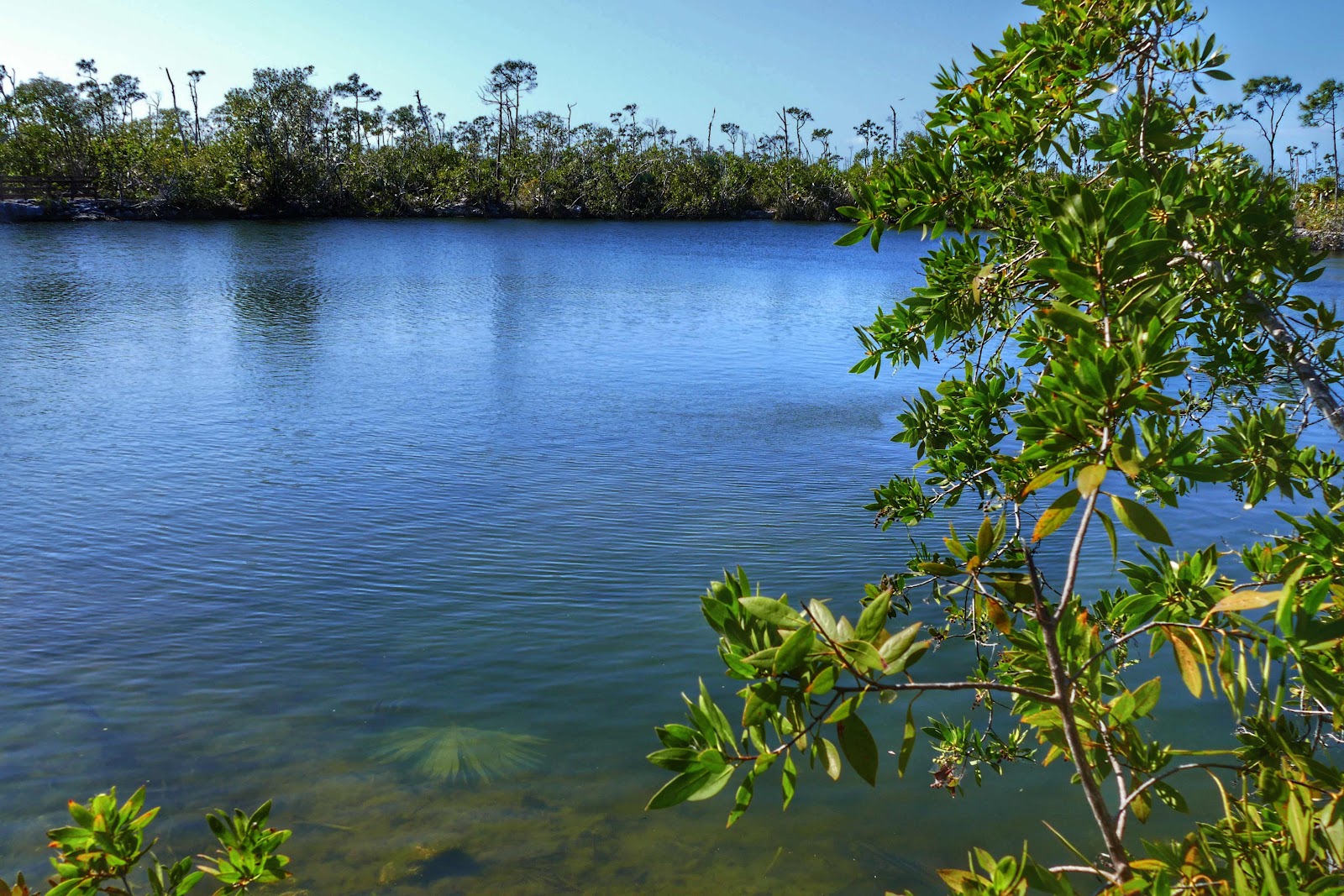 I don't come here that often but he (or she) made this trip worthwhile. Let's face it, alligator watching isn't that interesting but without the sight of the dinosaur the Blue Hole is pretty much as interesting as any backyard pond Up North. 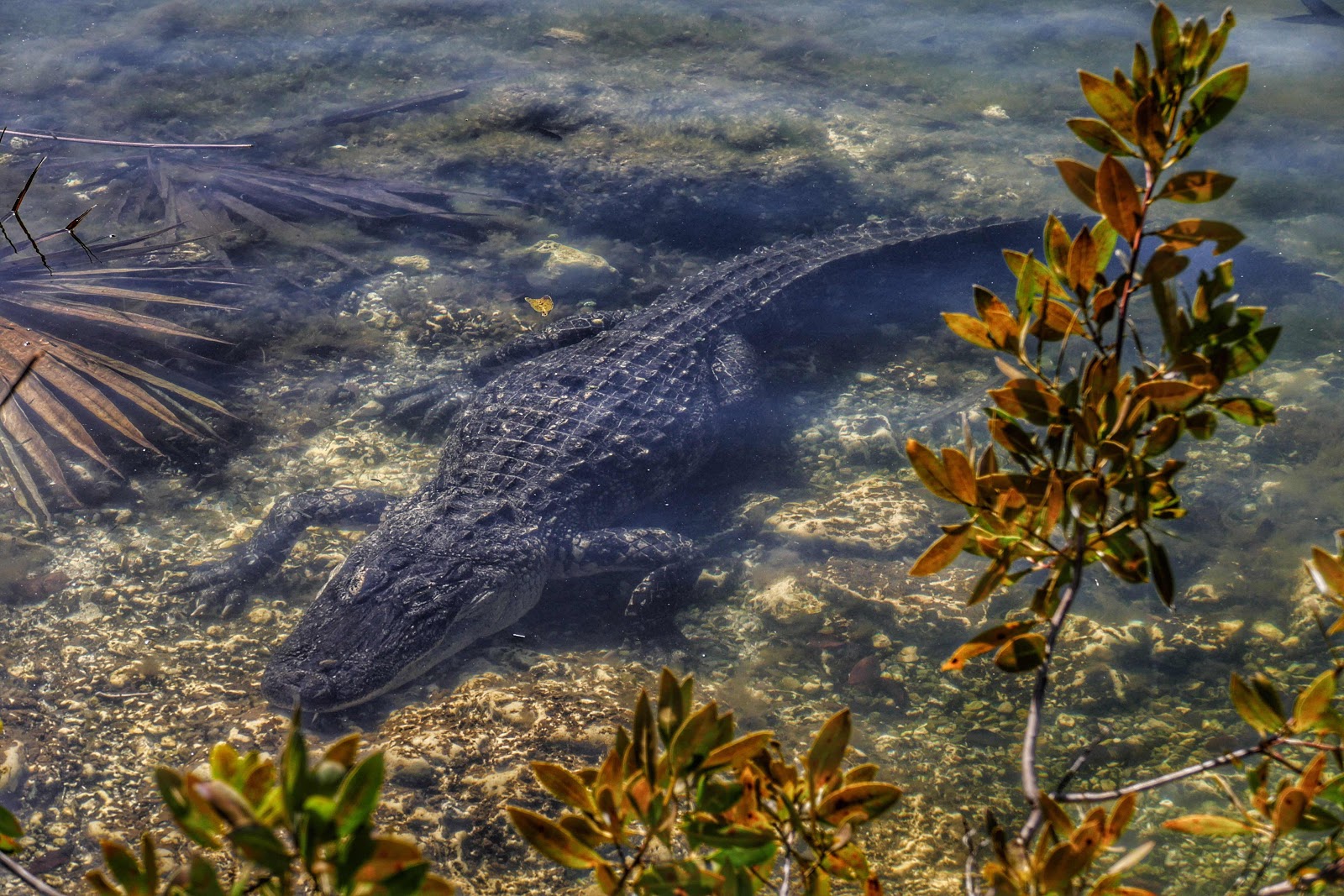 Mask free parenting: bring them up right!  I stepped aside for them and they walked by pretending I wasn't there. The Keys do attract some socially inept people. Myself among them I suppose. 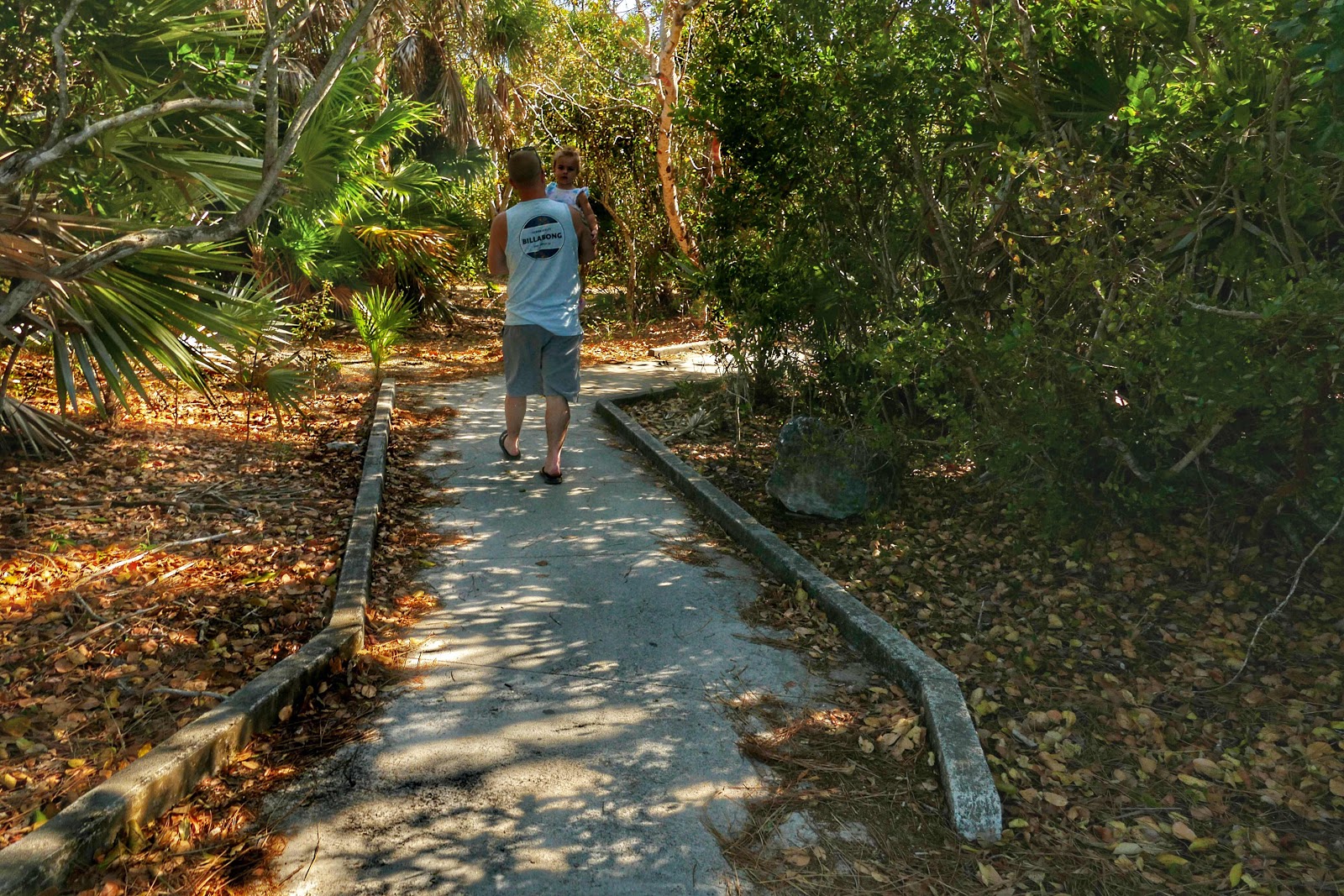 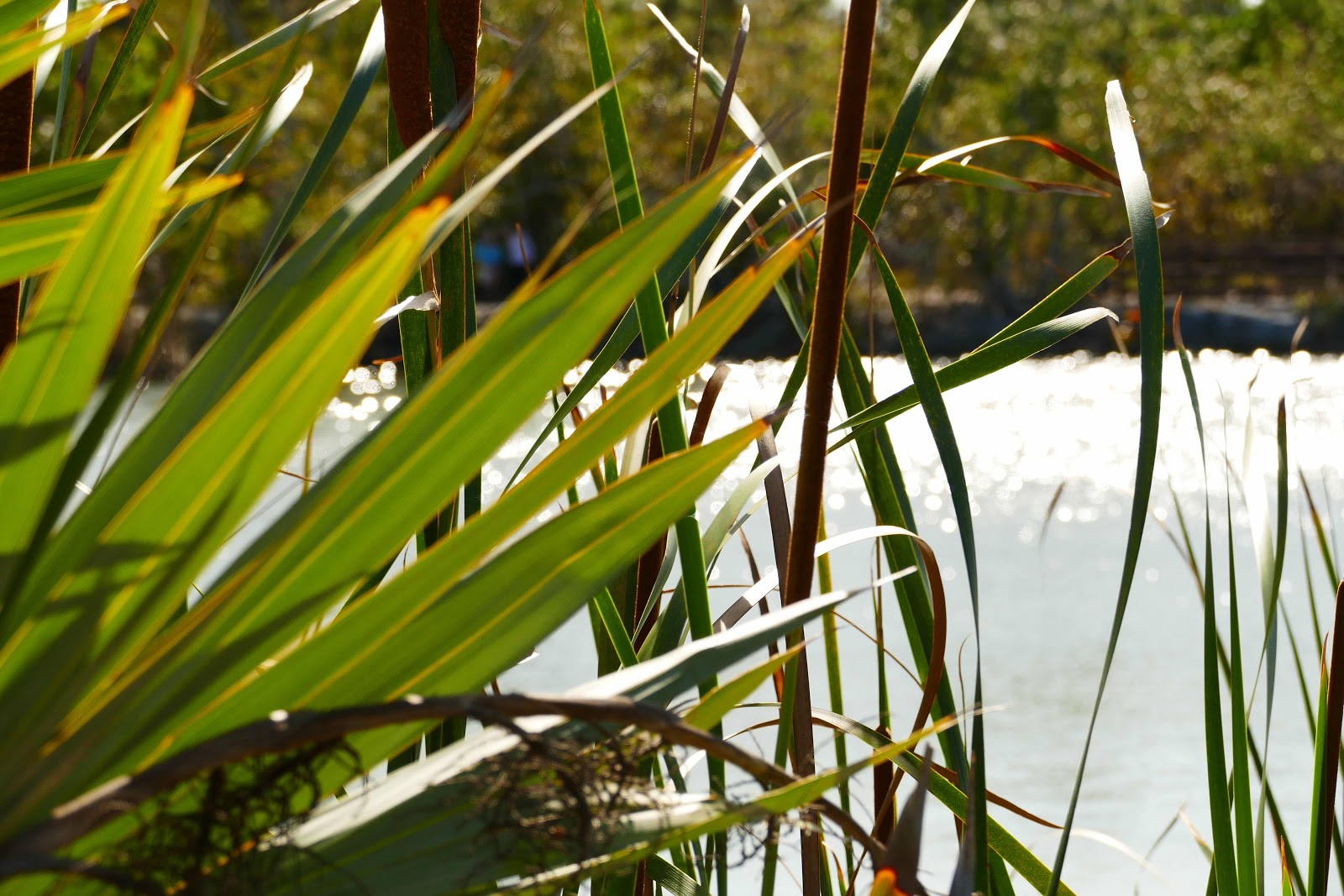 It was a good afternoon to out looking at Nature. 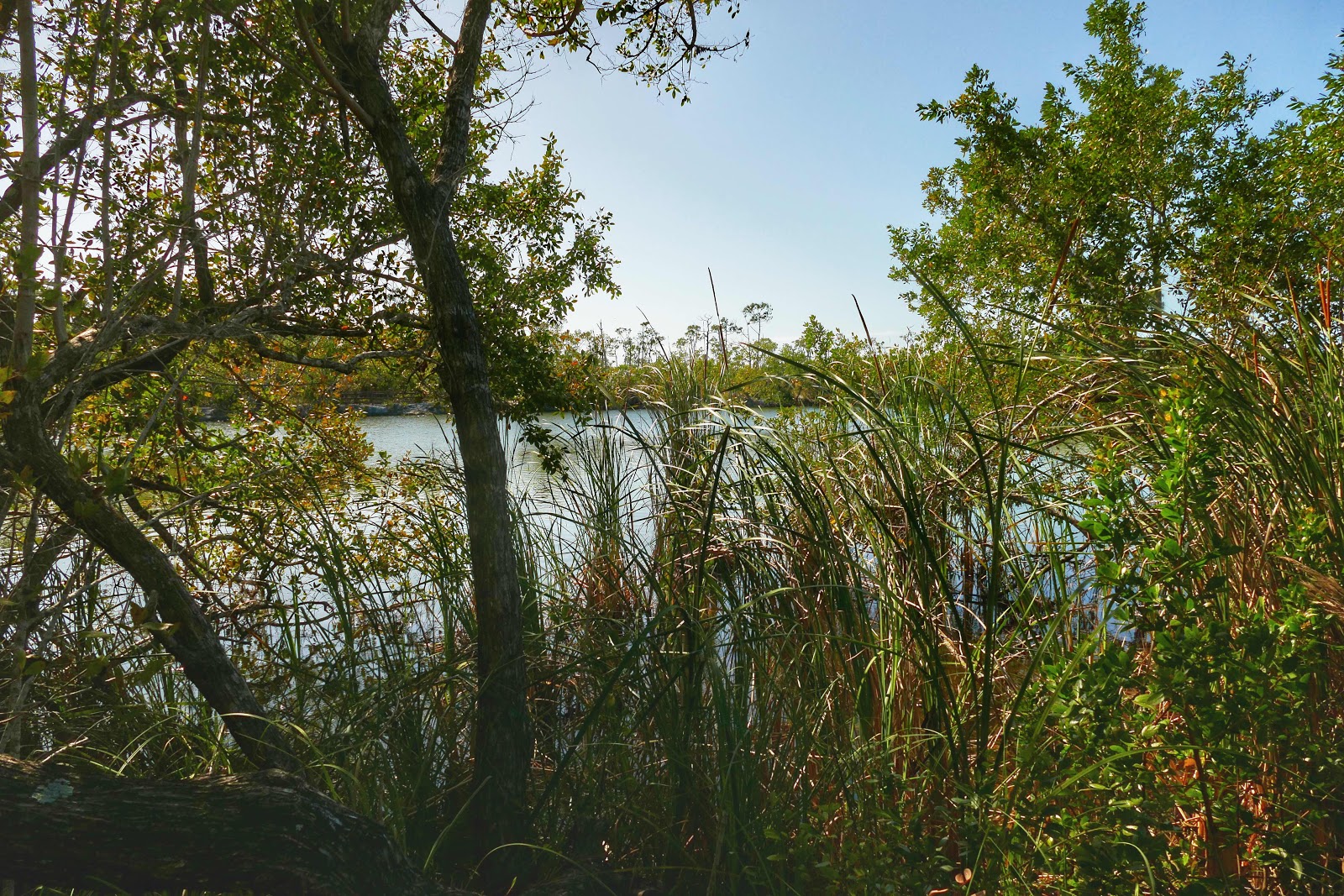