Robert was in Big Pine and so we met there for lunch at what used to be the rather unimaginatively named Big Pine Restaurant.  Under new ownership not only has the name been spiced up, quite imaginatively, but the food seems rather more than it used to be, and it was always quite adequate. 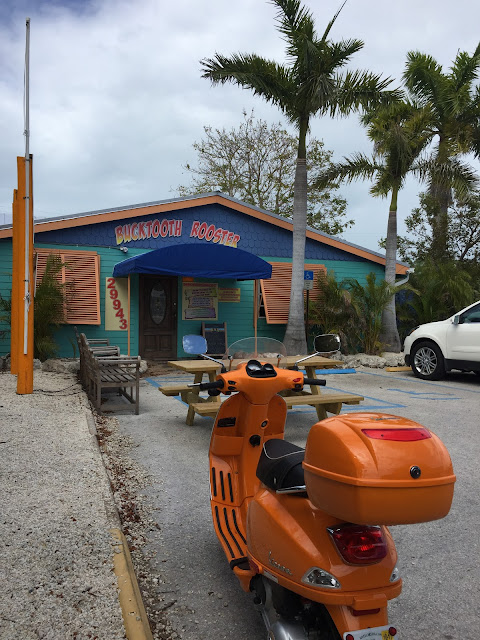 It is brighter outside with all those tropical colors and happily it is brighter inside too these days. The staff seemed to enjoy working there and the atmosphere was extremely welcoming. Not that I like television on the walls of a place where I eat but it was lunchtime so informality is fine. Our server was genuinely cheerful and funny and Robert the technician noticed the rather eccentric and effective ceiling fans that spun and rotated all at once. This might be quite the retreat on a  hot summer lunch time. 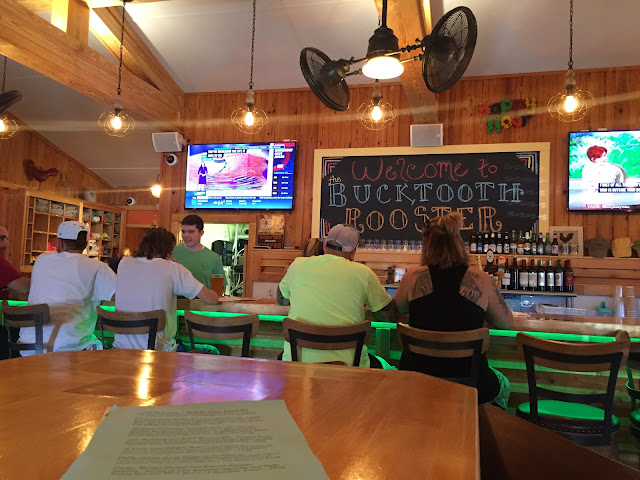 Their menu is massive, four packed pages of flowery descriptions but mercifully they also print a specials list on one sheet of relatively clearly spaced print. I stuck there and avoided being overwhelmed. Meatloaf and roast beef or snapper sandwich? My wife does a mean meatloaf so I went with the sandwich. Robert went with the burger avoiding the special- a "Mexican" version with queso blanco and jalapenos. 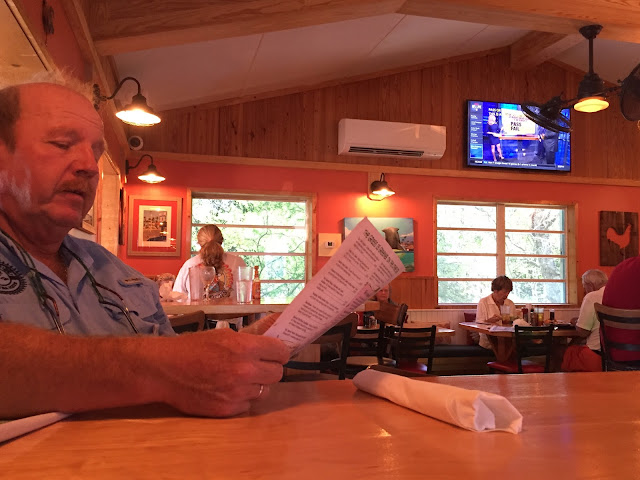 His burger was  a solid lunch and he liked it. My fish sandwich was decidedly unusual, as I have never had fish with bacon but the menu did say it was a BLT with fish and they served what they promised. I had no complaints once I got used to the rather odd combo. You should try it, you might very well like thick cut crispy bacon with delicate white fish...I did  much to my surprise. 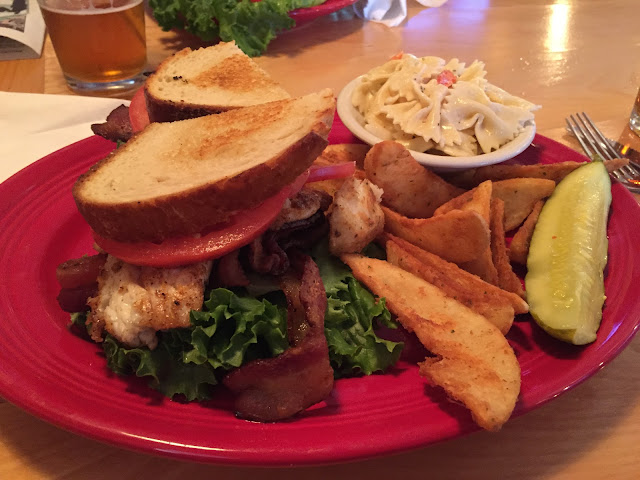 There is enough food on the plate for two. The fries are enormous and seasoned, the pickle was crisp the lettuce fresh and a pleasure to eat. It's basic stuff but they got it right. The pasta salad was a starchy touch I really didn't need. Robert didn't eat his saying it tasted like coleslaw and he doesn't like coleslaw. I thought the dish needed flavor but I could just have thrown salt at it to fix that. 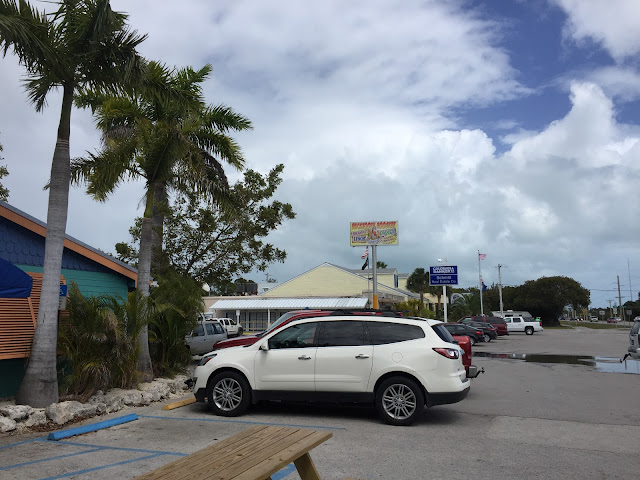 There was lots of food, it was good, I ate it. Yum. With a  menu four pages long one visit doesn't really provide a complete picture but I think its safe to say if you want a meal in Big Pine this place is well worth checking out. There's tons of parking as its next to the Post Office, it's right on US One so it makes a decent break 30 miles before (or after) Key West. 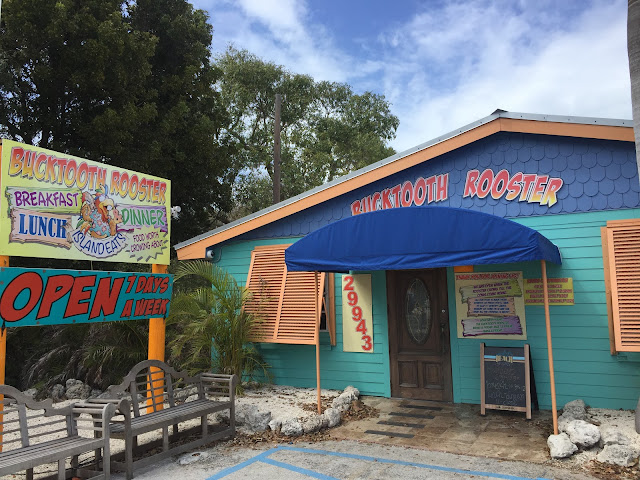 Weird name so for me its still "the old big pine restaurant." Give me time and some more lunches and I'm sure I'll get used to it. It has a good reputation locally so I am hopeful it will join the other much improved choices in local restaurants in the Lower Keys as a fixture. We have pub and Italian and American, and Chinese but unfortunately I don't think Indian would work out around here. I save that for trips to the mainland and eat my fresh fish locally.
Posted by Conchscooter at 12:00 AM 3 comments: Links to this post