No summer clouds, just perfect golden light in the later afternoon in winter. 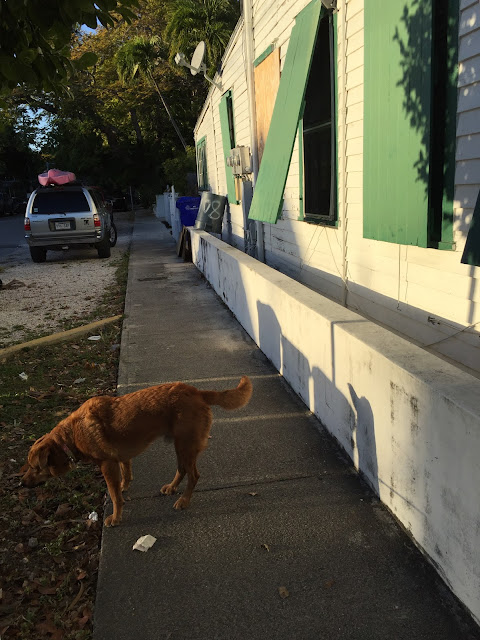 I posted a picture to Instagram similar to this with a comment regarding the tree commission. Its an organization in the city that is required to sign off on trees that need to be cut down. The need to destroy old growth in the city seems to vary and there is a constant stream of anonymous complaints in the Citizen's Voice about trees that have been removed. 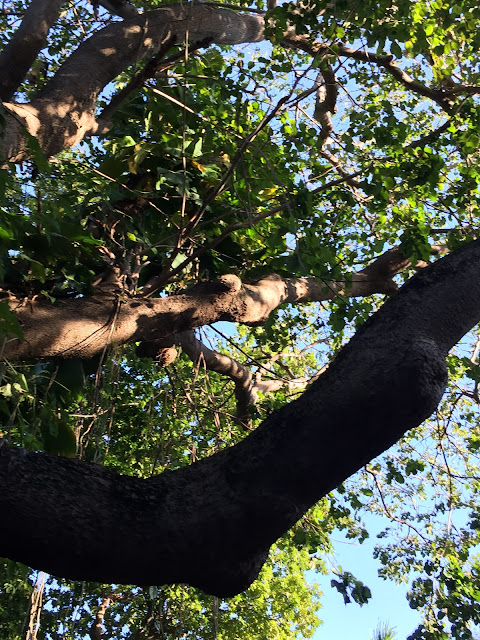 An interesting side note I find is when you look back at photographs of old Key West, say around 1900 you will notice that there were far fewer trees in those days. Streets were white coral rock ground down to gravel lined with white picket fences as we see today. However there was much less green canopy. Below the 600 block of Eaton Street at that time with  a low wall in front of 620:

I am told the reason for the lack of greenery is explained in part by the lack of water. Piped water only came to Key West in 1942 for the Navy Base. The war propelled the public expense of running water down the highway from the South Florida Aquifer. Before then everyone caught rain water and if they failed the cost of buying water was not easy to digest apparently. So it wasn't worth wasting on decorative foliage. 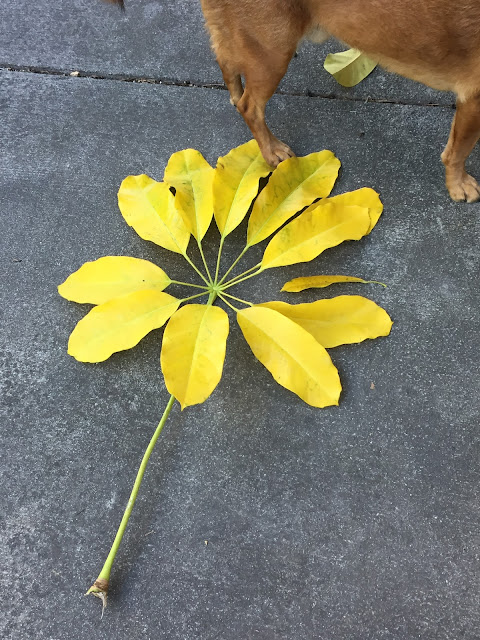 Happily these days despite or because of the tree commission there are plenty of trees in town. I'd always like more of course but I don't deal with the aggravation of leaves and neighbors and stuff. 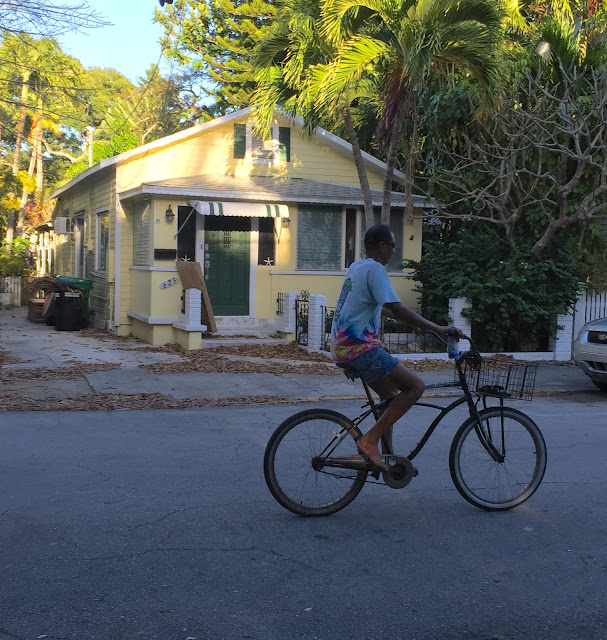 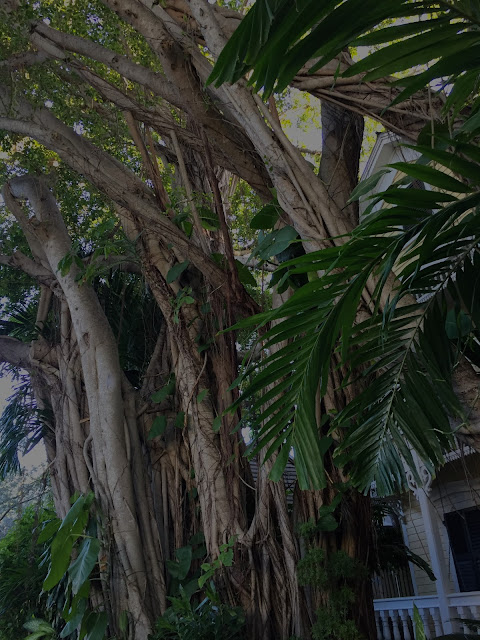 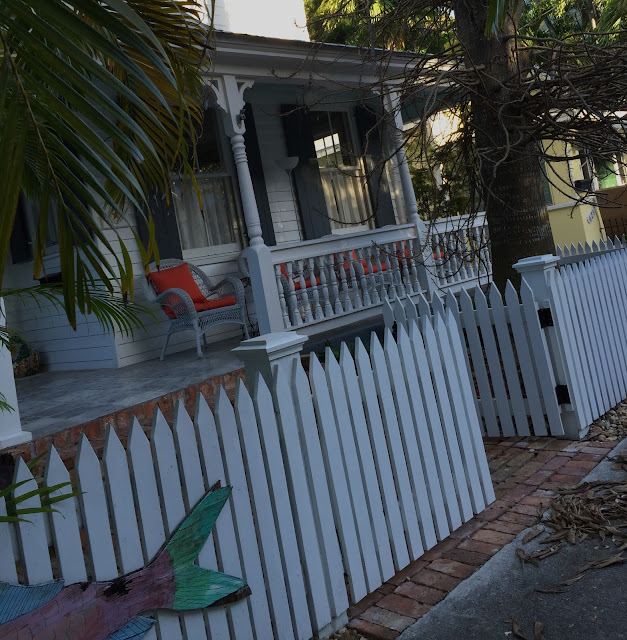 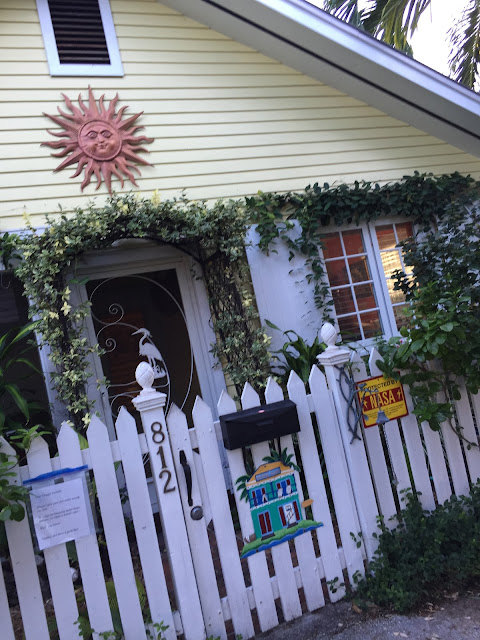 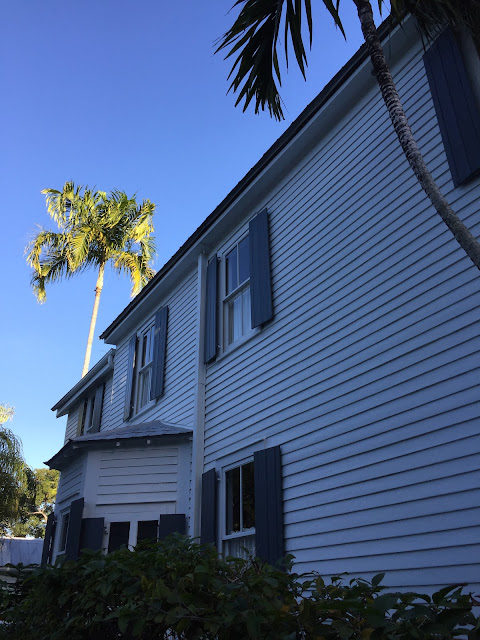 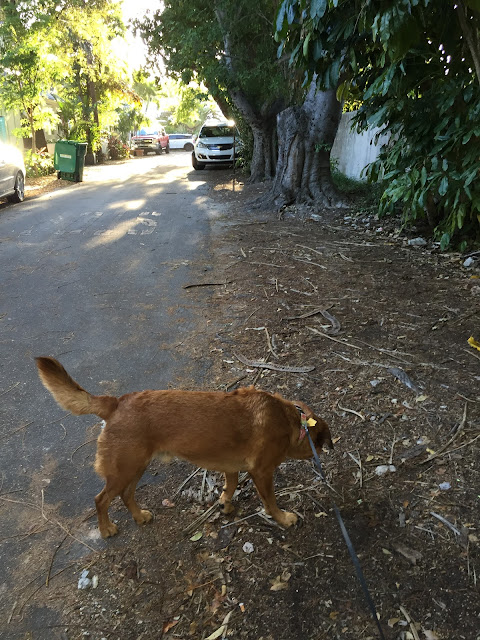 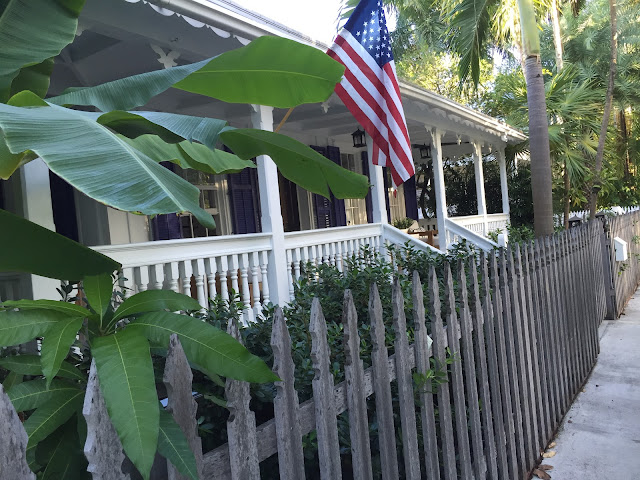 But you have to admit a little greenery or a lot makes all the difference to the appearance of a home. 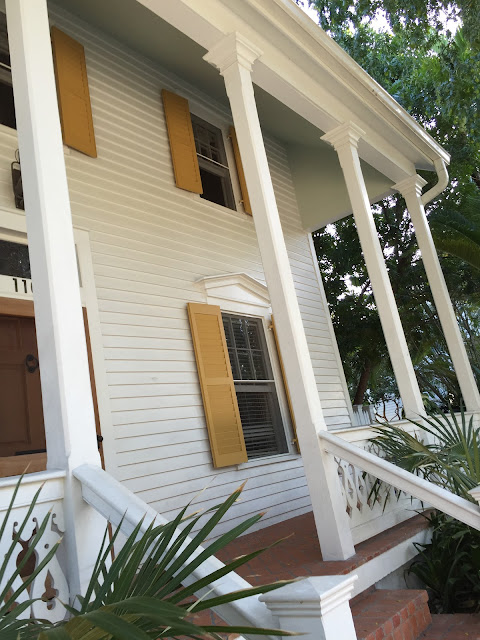