It seemed obvious to me when I brought Rusty to the city park by the airport that he wanted more so we had to come back. 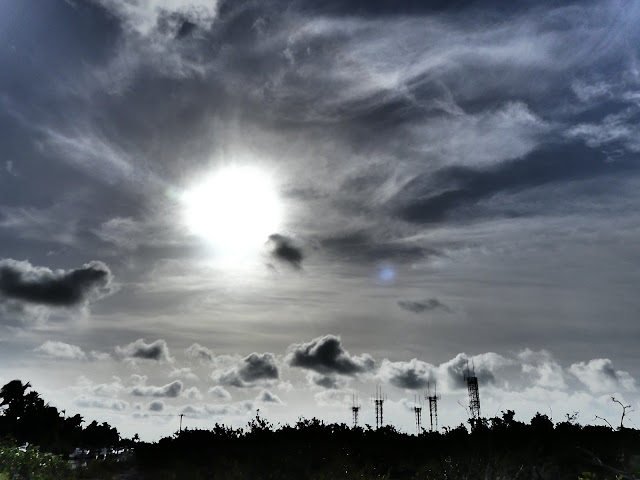 We walked the boardwalk out to the Riviera Canal where I played silly buggers with the camera and reflections in the water: 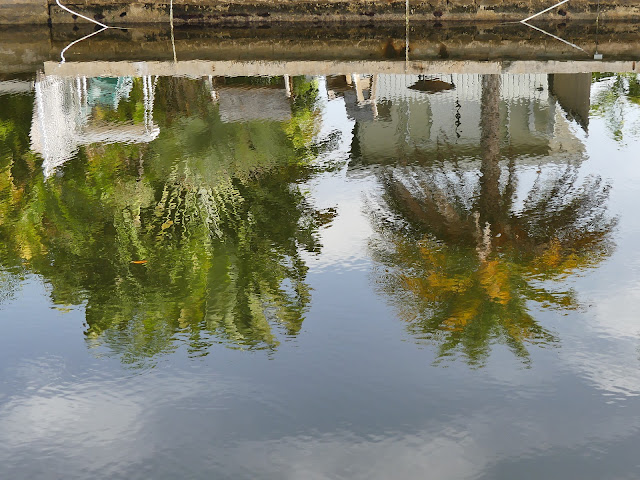 Then  with a filter: 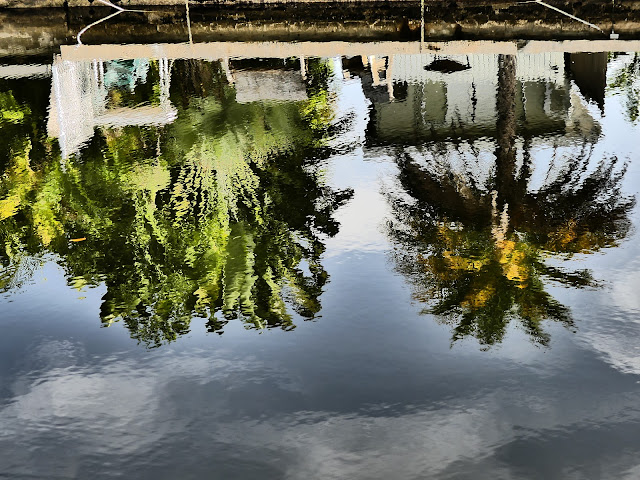 While I did mine Rusty did his thing: 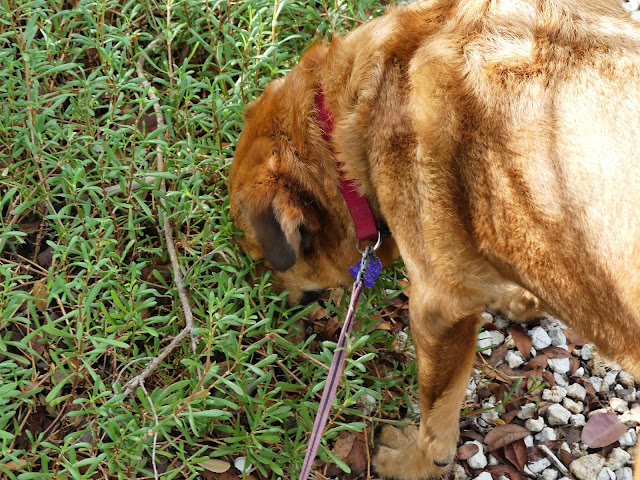 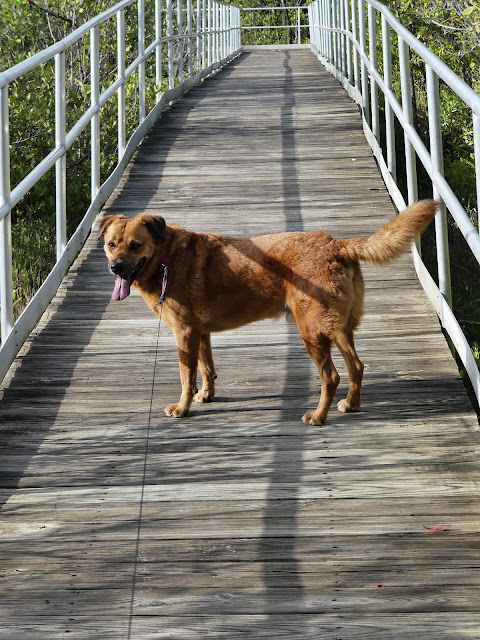 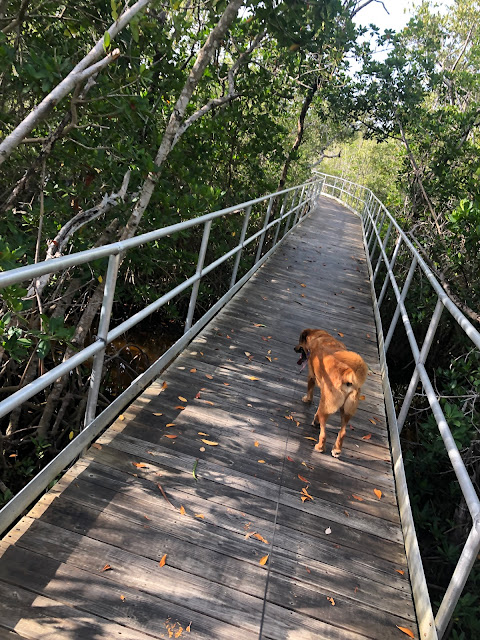 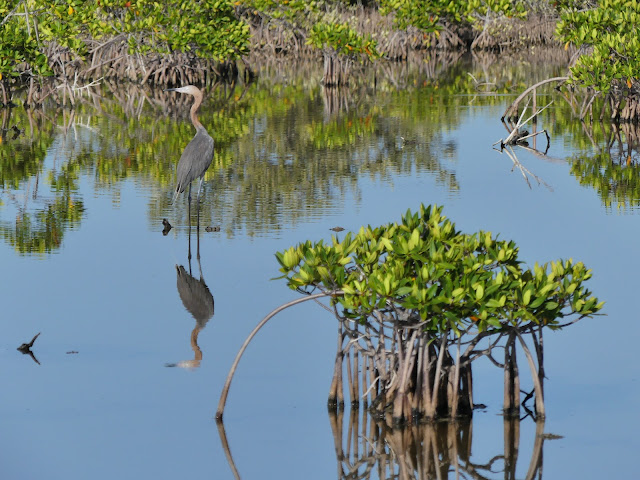 On the way out I saw a man with a music stand in the shade of the trees and I decided against my better judgement to turn around and see what's what. Daniel was surprised when I asked him about his music but he explained he is a beginner on alto sax and needs to leave the house to practice. He grew up in Israel but moved to New York before Key West. Apparently Israeli musicians aspire to come to the States to perfect their Art and Daniel has decided he too can become a musician with much effort and a great deal of practicing of his scales. He  will let me record him when his skills have improved. 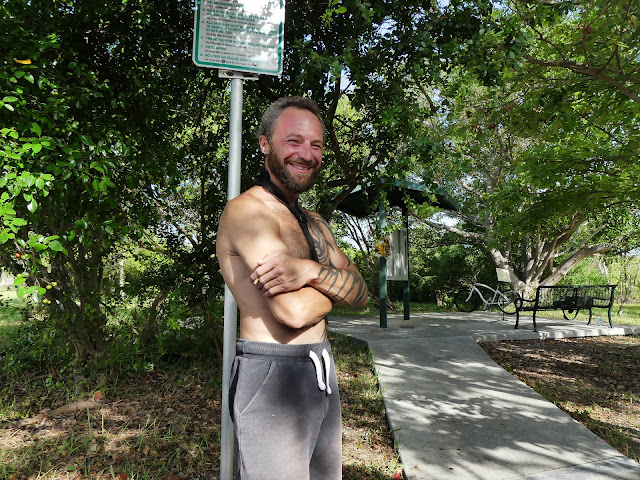 I've seen this guy before with a herd of white dogs running him ragged. I called out to him one doesn't often see shepherds in Key West and he smiled and waved as he dashed off to round up stray sheep. I photographed them in the wing mirror as they scattered away in the distance. 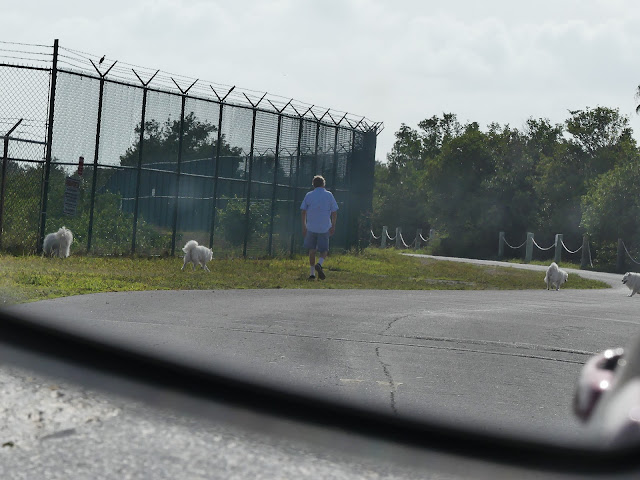