There was a time when Key West had it's cemetery close by until a storm washed ashore and uncovered the graves and left coffins exposed after the hurricane blew by. At that point in the mid 19th century the city moved the cemetery to the edge of town in the middle of the island. This cemetery not only wasn't moved, it was never even acknowledged. 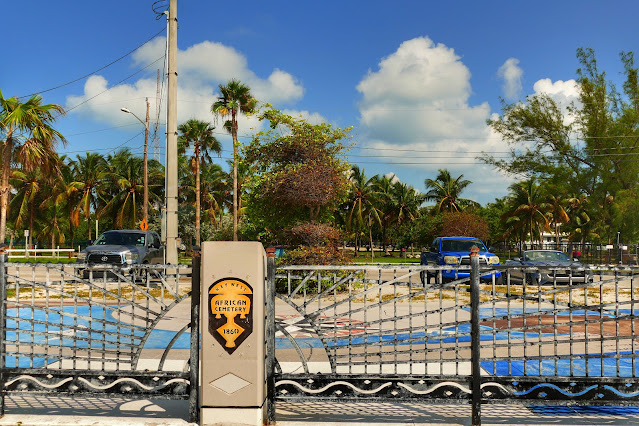 I included a picture of the historical marker because nowadays the African Cemetery is acknowledged and if your screen is large enough and your patience strong enough you can rad the words for yourself. 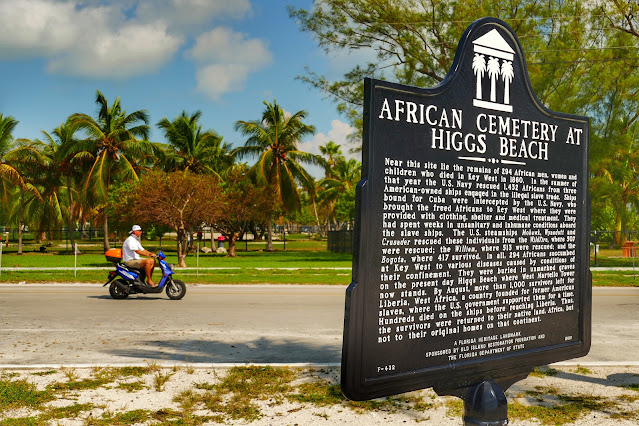 The story is told in the images embedded in the monument as well but here's the short version: It was 1860  and slavers were transporting humans to Cuba in defiance of US rules enacted in 1808 against the importation of slaves. The US Navy intercepted three slavers bound for Havana and saved 1432 Africans from a fate worse than death. Except they didn't because the after that simple introduction the story went off the rails. 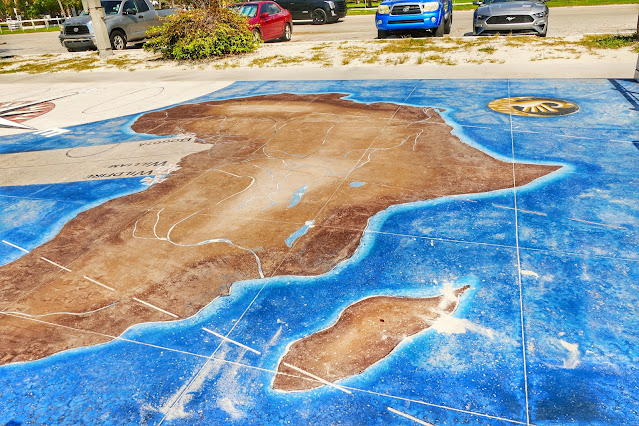 The ex-slaves were brought to Key West where the slavery debate was fierce and those in support of slavery ended up supporting the Confederacy even as the US military forcibly held Key West as a critical Union port throughout the war. Stephen Mallory took the job of Secretary of the Confederate Navy, and is still memorialized at Mallory Square, ironically enough. 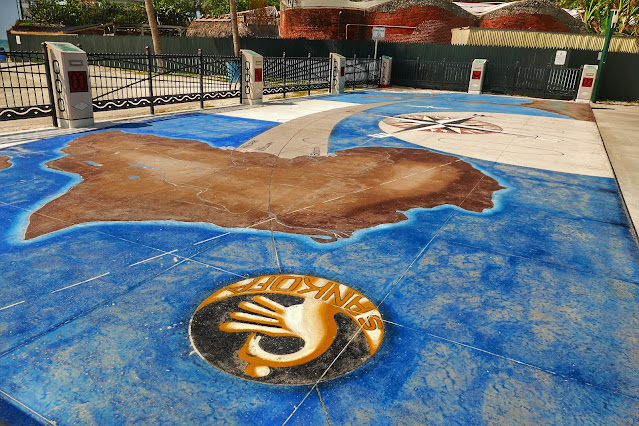 No one wanted 1432 Africans dumped on their doorstep, and remember these were by no means African-Americans, they were as foreign to this hemisphere as any voluntary traveler. Naturally the city cast around for a Federal representative to deal with this sudden immigration issue and the Postmaster of all people was deemed the senior Federal representative in the city. They built shacks and a sort of hospital to deal with these people who found themselves abandoned in the middle of literally nowhere. 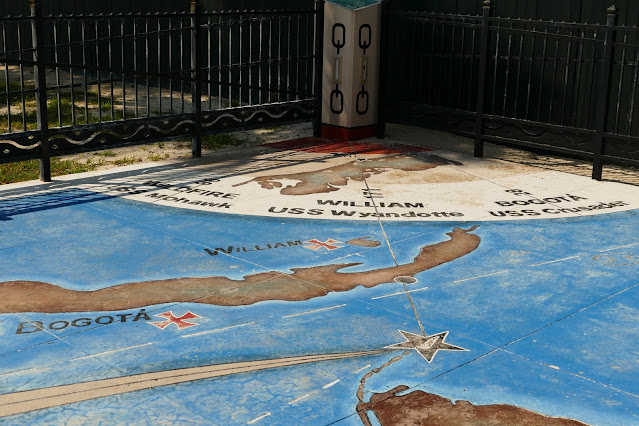 In those days Higgs beach was the back of beyond. Rest Beach was where cattle were landed by boat from Stock Island and slaughtered for the residents of the city a couple of miles away. This was not the back yard of the Casa marina Resort in 1860. 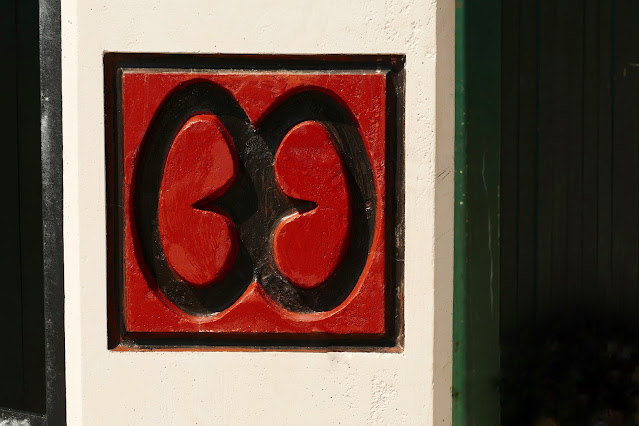 As you can imagine things didn't go well for the Africans. 294 died following the ill-treatment on their passage across The Atlantic and who arrived in key West beyond saving. The other 1100 became a sore point for everyone. They couldn't stay because then they would end up slaves and avoiding that fate was the whole point of the interception by the US Navy. No one knew where they came from. Africa is a continent, not a country and their origins were lost at a time when Africa was barely mapped and not by slave traders. 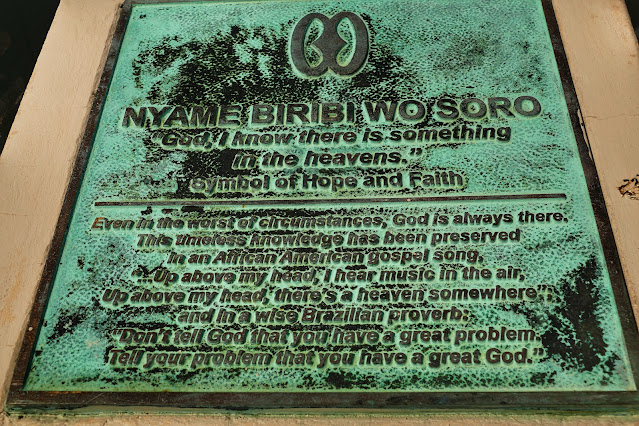 The Postmaster who did his best by the sudden arrivals petitioned the Federal Government for reimbursement of the money he personally spent on the Africans and never got a penny back, naturally. 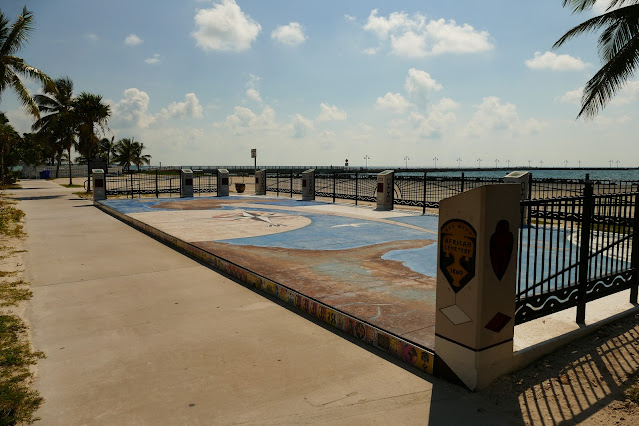 In the end the slaves were put on ships and sent back to Africa, to America's quasi-colony of Liberia lacking any better destination. The next time you figure life is unfair imagine the unfairness these people suffered, being uprooted, transported, dumped, rerouted and dumped in a strange place far from home to live out your life among strangers in a. foreign, albeit African land.  The mind boggles. 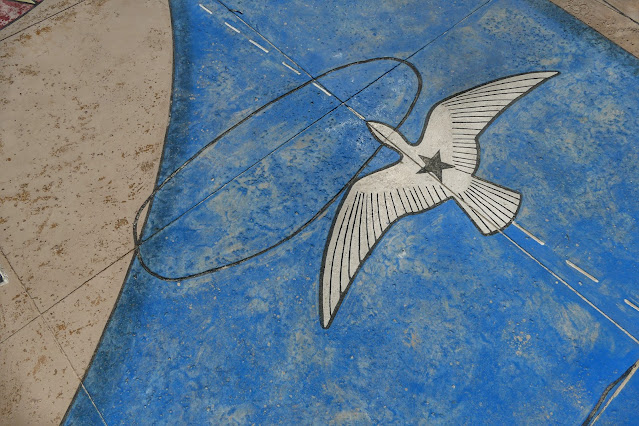 It's a lot to think about as you wander the cemetery which in point of fact is rather more an open air museum than a simple burial ground. Ground penetrating radar turned up the burial sites in 2002 which eventually led to the creation of the place you see in these pictures, a map, some names, some symbols and rather disturbingly you can see these oval shapes in the cement. 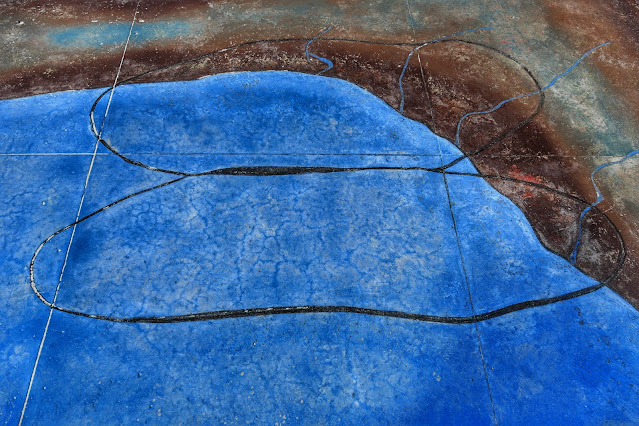 Each one a known body among the 294 buried here and possibly under ground in areas nearby. September is a good time to come and think about this place as the crowds are away and you can be alone tiptoeing around the thoughts that come to mind as even today we struggle to understand the legacy of those days. 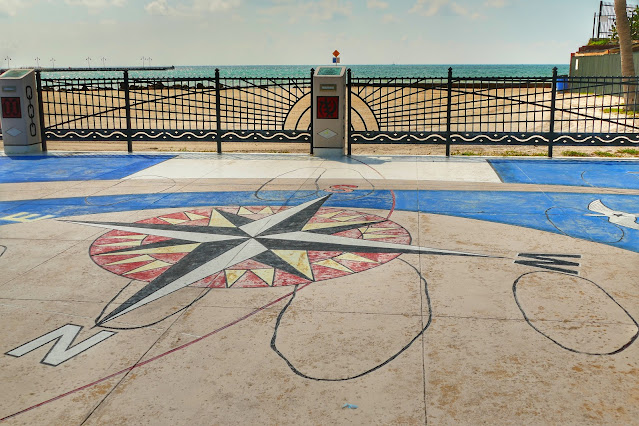 The notion that "All Lives Matter' seems rather fatuous to me when you consider the likelihood of this story unfolding in 1860 in the US and being forgotten for 140 years. Some lives have mattered much more than others over the decades and this spot is evidence of that indisputable fact. 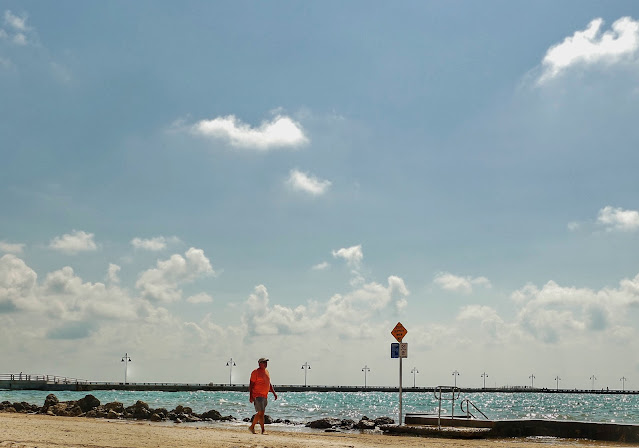