They used to call them tailor's dummies, but they evolved into a new line of work known as mannequins, and in Key west, rather than showing off clothing in an effort to make a sale they are used to show off...themselves? ...beads? It's an odd way to entice people to part with their money, this Key West way of closing a sale. Alcohol, puerile naughtiness and over the top advertising promises. It works, which leaves me even more puzzled. People love this stuff. 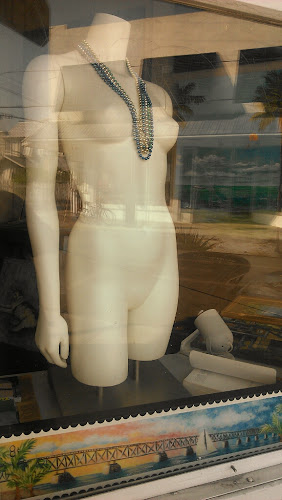 I know I don't have the mind of a grocer because every time I find myself in despair in an aisle at the grocery store looking for some not necessarily obscure condiment my wife put on the list I cannot fathom where the store management might have decided to hide it. I would imagine UHT milk would go in the milk dection; not a bit of it, they put UHT milk in the cake mix section. Why? Possibly because they want me to shop less and by extension eat less. I refuse to become a starving artist all the same and i battle the uphill supermarket aisles until the list is done. 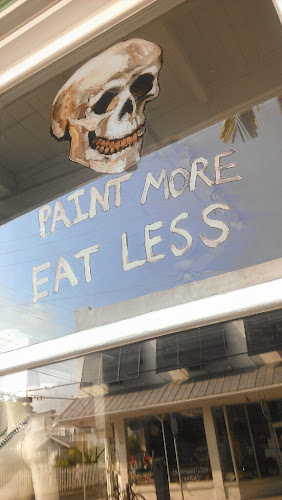 The offer of a free blow job at Willie T's is a healthy reminder we are living in peculiar times. In a nation rendered fearful of its own collective shadow posting phone numbers as part of a silly joke seems somehow less than funny in itself, and allying it with the bad taste of the text of the joke itself is just a reminder that education, civility and taste have taken a back seat to a lack of imgination, or humor or original thinking. Practical jokes need a spark of brilliance to be funny, a touch of wit or even elegance. "Free Blow Job" scrawled on a dollar bill fails on all counts. 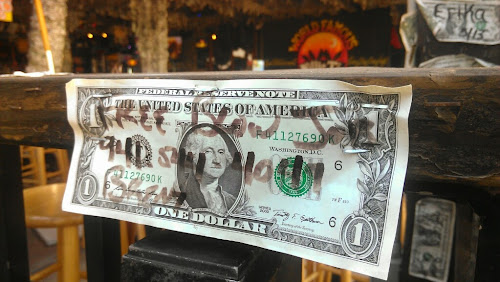 Oh and the t-shirt shops...they just lower the tone even more. 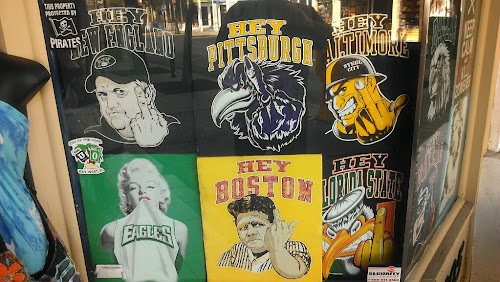 I never have been a fan of Salsa Loca . I went to try the Mexican place several years ago and the waitress inveigled all customers in some sort of raffle giveaway and customer participation amusement. I have a horror of audience participation, and the food wasn't much so I never went back. Then they moved to Cowboy Bill's and were unceremoniously separated when Cowboy Bills closed momentarily. Salsa Loca has quite the following in town and I expect that despite the absence of parking it will do well enough on Petronia Street. After all Better Than Sex, a restaurant that only serves puddings has gone from strength to strength moving from location to location with absolutely no parking. 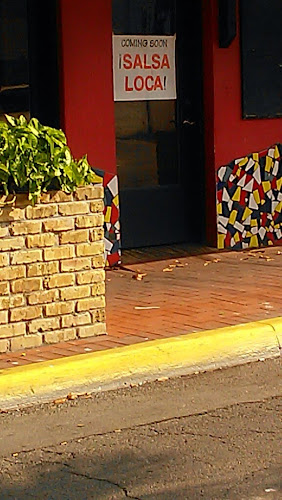 What? Parking? Check out this novel written and published below, a paen the woes and joys of parking your car in Key West. Get a motorcycle and reduce traffic jams, reduce consumption of resources and enjoy life more on the road. Or drive a couch with nowhere to leave it. 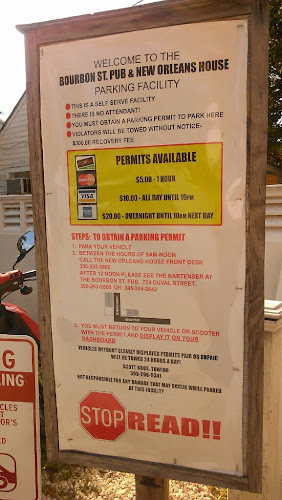 Here is another southernmost establishment at 900 Duval I have never visited McConnell's Irish Pub and Grill and where you can start drinking at nine in the morning. I'm not at all clear why the southernmost is an asset to a business but you could spend a day looking for all the southern,out everyone in Key West. Google the southernmost point in Hawaii and rejoice in the complete absence of commerce. Anyway I like Finnegan's. I don't think James Joyce used an apostrophe but he didn't run a pub either. 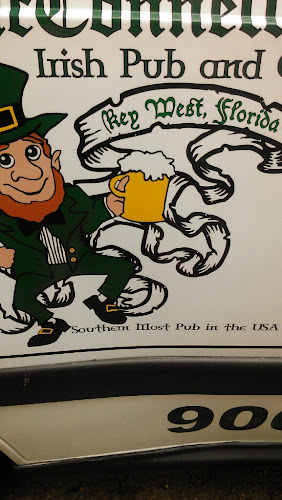 I have no great fondness for dust catchers but I find painted coconuts are quite well received. Especially by people who live whe coconuts do't grow. Astonishing that isn't it? coconuts don't grow everywhere. Mine are producing massively following the rains we have been drowning under. Perhaps I should plastidip some? 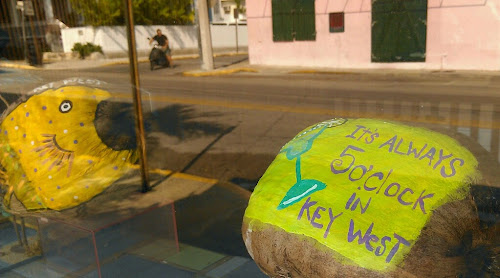 Barbed clothing must be high fashion for anglers I suppose. I guess you wear it very carefully while chasing the elusive fish. Barbed Apparel | LIFE MEETS STYLE, where they are "passionate" about comfort and the outdoors. Ho hum. T shirts (apparel?) presumably made in collapsing Bangladeshi warehouses. I wonder when we will get passionate again about human rights. 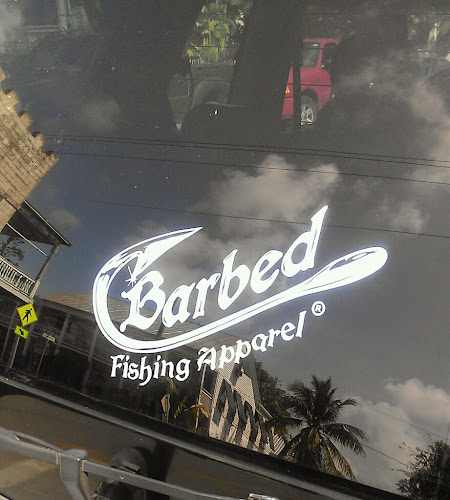 I walked past Bobby's Monkey Bar reviews, photos - Old Town - Key West - GayCities Key West and I wondered if perhaps it had closed. It doesn't look terribly prepossessing does it? I suppose I don't have to point out that I have never been inside Bobby's Monkey Bar. That it is a gay bar isn't the reason, that it is a drinking dive is. I am terrible at small talk, being seduced by drunken strangers holds no appeal and alcohol is cheaper at home in the company of my dog. Remind me- why do I live in the Lower Keys again? 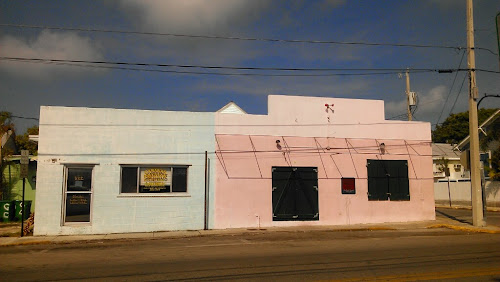 A colleague who lives nearby and really does believe that it's always five o'clock in Key West assured me they are still open. I breath easier knowing that.