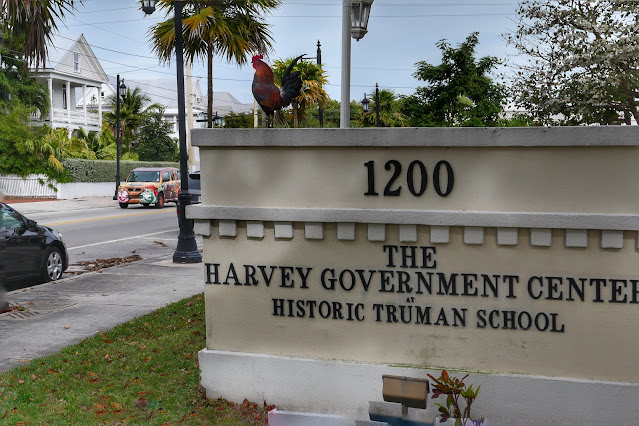 The city of Key West has now made it illegal to deliberately feed wild chickens in the city. So had you planned on bringing a big bag of bird seed with which to stave off avian famine you will now be flouting a new law. If you drop your fries accidentally and chickens eat them you will be just being a klutz. As far as I can tell it goes like that in the Southernmost City where wild chickens have been the subject of endless visitor fascination. 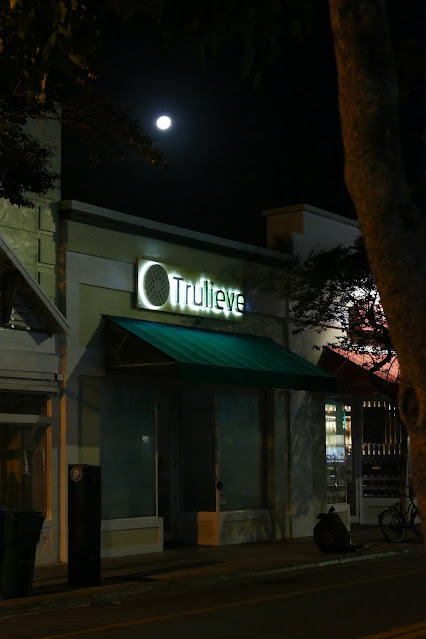 In the grand scheme of things this isn't really a  big deal especially as we all know the chickens will do fine as they have plenty to eat. Its not really about the birds, its about re-training tourists to see Key West through a  different lens. The mayor announced before the most recent election, which she swept, that she is onboard with a new vision for the city as put forward by a leading developer. In this vision Key West will attract fewer visitors but they will be wealthy people interested not in getting shit faced on Duval but on enjoying the ambience of an upscale historical little city in the sun. Not a place that welcomes sweaty wife beater vests and chicken feeders. I hope the jury will be out for a while on putting water bowls out for passing dogs (like Rusty). 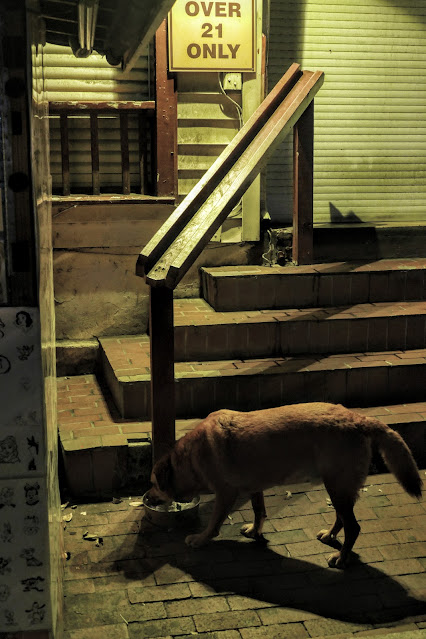 Over the years I have come to respect the chickens in Key West. I grew up spending my summers running around a small Italian mountain village which was home to more chickens than humans so when I saw these birds on the streets they didn't seem that strange to me. I find chickens to be delicious, but while alive they are noisy messy birds. I have noticed they are also very family oriented birds. You'll see them wandering around town in tight family units, rooster, hen and chicks. Rusty doesn't like to go anywhere near them as he has faced off  against an angry hen and she gave him no quarter. He crosses the street to avoid chickens when he can and I encourage him to do that. 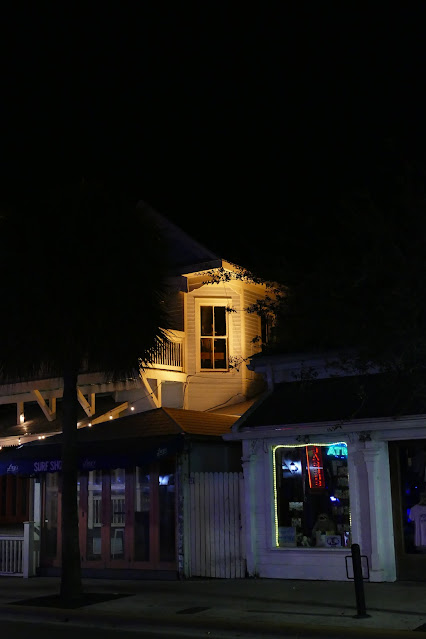 The cruise ship shut down has hurt downtown Key West during the pandemic and many stores along Lower Duval have disappeared, presumably owing to a dearth of shoppers.  The argument against the ships has been they don't contribute much to the city's economy, but after a year of no cruise ships Lower Duval looks pretty ravaged. I suppose the theory is that new and different shops will repopulate the empty spaces but I struggle to imagine a Duval Street filled withy stores that locals might want to shop in. The state is planning to tear down the recent vote in Key West to limit cruise ships so what happens next year, hopefully after the virus, will be interesting to see. 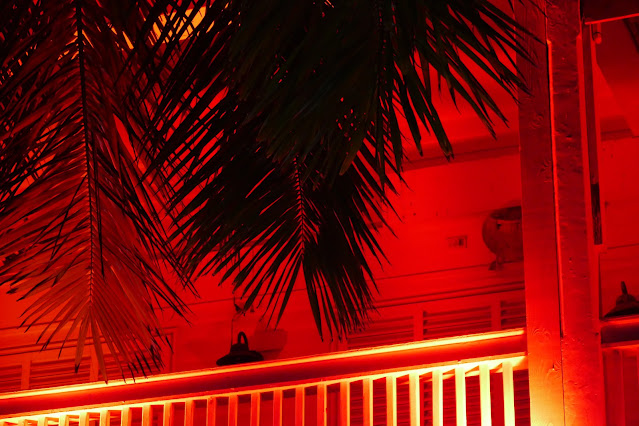 Key West has carefully cultivated  a reputation as a haven for Bohemian non conformists but its a reputation that is enjoyed more in name than in fact. The original city residents, the Conchs have put up with it reluctantly because they profited from the flow of eccentric seekers and their dollars. Businesses have done the same but as eccentricity shrinks and conformity is forced by new residents  who have no interest in allowing Bohemians to wander the streets Key West is pushing itself into a new vision of itself. 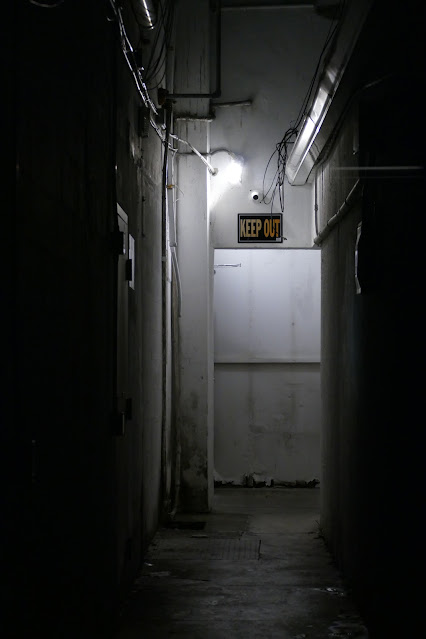 The fate of the chickens may be uncertain but not because of the feeding ban, but because of the drive behind that ban to fundamentally alter the nature of the city. I don't think they have chickens wandering the streets of Boca Raton and I doubt  Key West will either before too long. I hope I'm wrong. 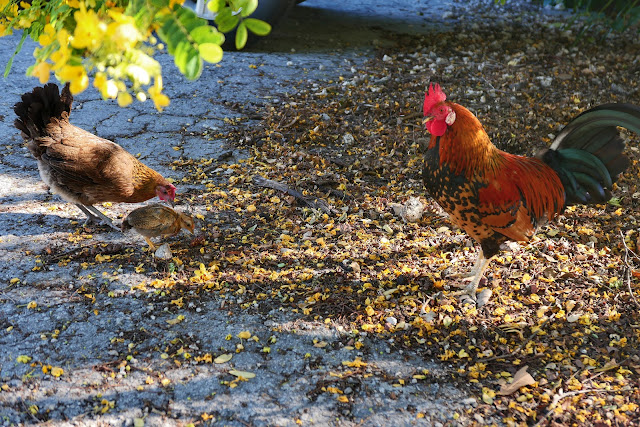