I am not an angler and far less am I a commercial fisherman but as far as I can recall lobster season starts in August or thereabouts and I believe this is crab leg season. I am no great fan of either fish meat but many people are so I suppose it would be a relief to see people actively loading and unloading traps. I was surprised to see it being done mechanically. Serious business. 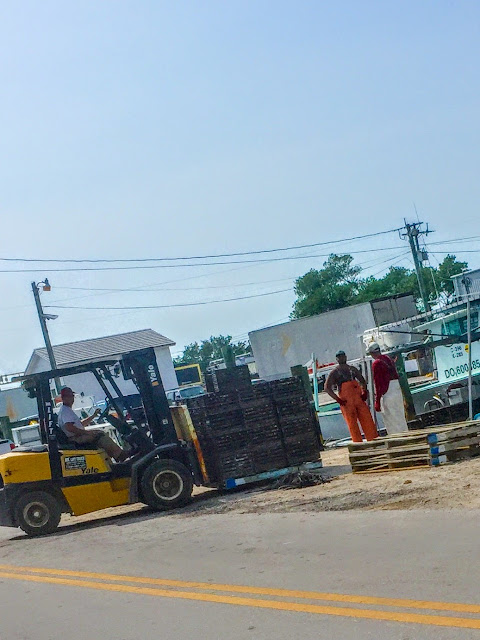 This one around the corner had me pondering what "provisions" are. People who go sailing frequently talk about buying "provisions" as though a sailing trip were on a par with outfitting an expedition. When we sent sailing my wife and I pretty much went shopping as we always did. We liked traveling by sailboat but we never came across anything remotely resembling "provisions." Here they are: 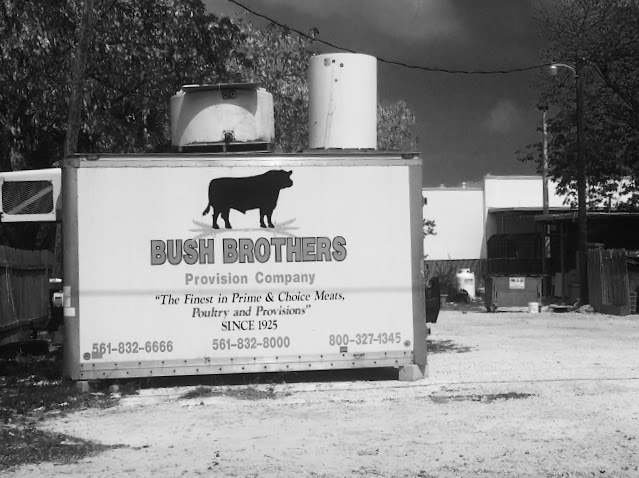 It was a hot still day best rendered I thought in black and white and there was Rusty doing his dog thing. This is the time of year when leaves fall as the dry season is wrapping up and soon rains will (should)  start and everything grows again. Seasons around here are a bit bass-akwards. 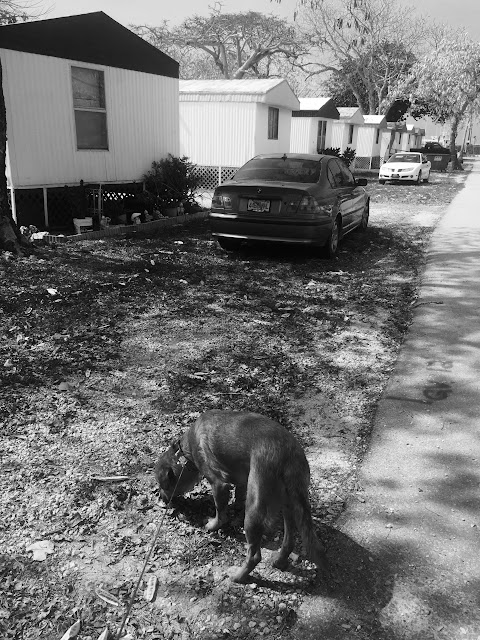 Rusty ignored the incongruity but I wondered why a business based in Florida, apparently, doesn't pay road taxes here by displaying a Florida license plate. 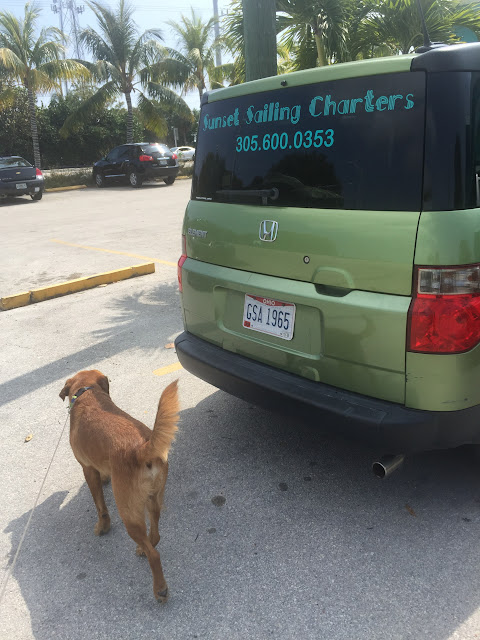 The Overseas Liquor place is looking as though it may be quite striking one day but only if they ever manage to finish it. Rusty hadn't walked too far but his tongue was starting to drag. It was quite hot and he was remarkably resistant. 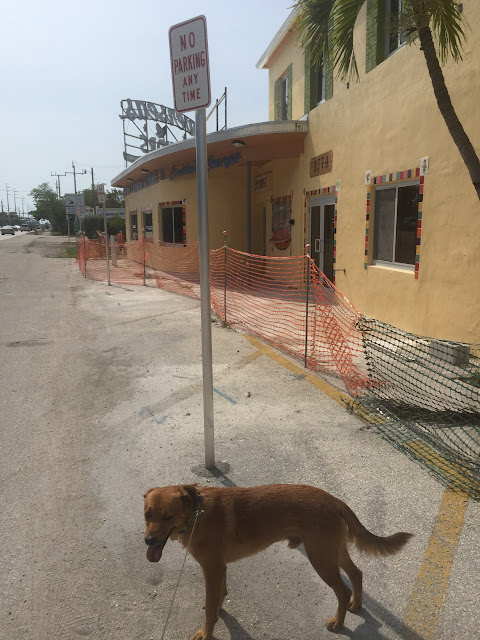 Even the locals were submerging themselves in the shade of a submarine mural... 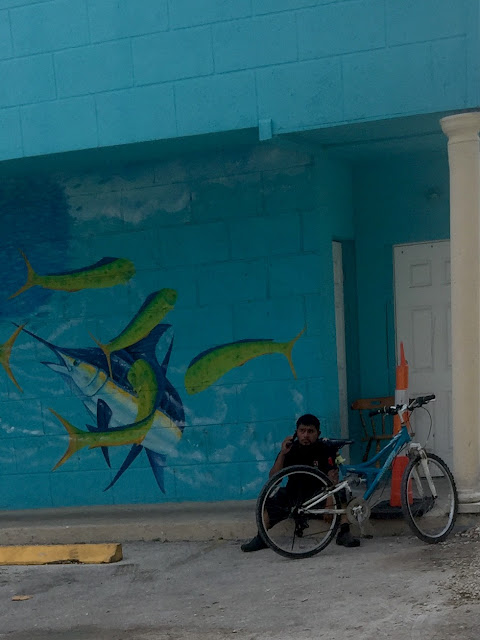 He passed out in the air conditioning but back home later the shade of the deck was cool enough for him. 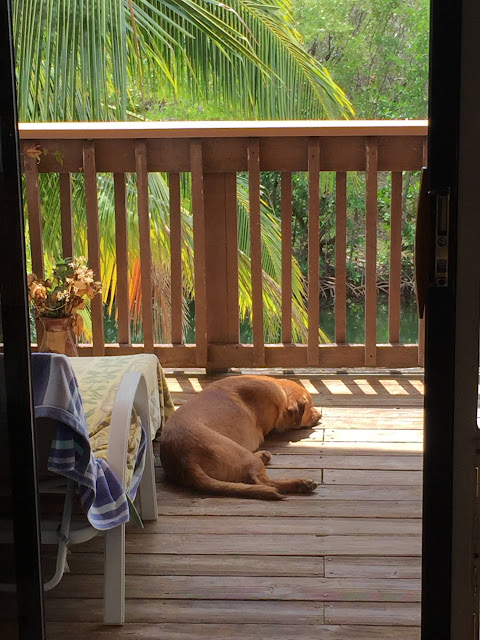 My sun bathing Carolina Dog.
Posted by Conchscooter at 12:00 AM No comments: