Originally published on this page on May 9th 2009 - so long ago!- I thought it might be time to air it once more in honor of one of my favorite bridges on the Overseas Highway. I hope you enjoy it as much as I did when I looked back over the pictures from that far off day

Everyone knows about the Seven Mile Bridge in the Keys, but the lesser noted Long Key Bridge is a very useful piece of open road in the Middle Keys. 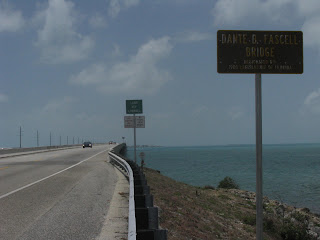 It's proper name is the Dante Fascell Bridge, named for an industrious Dade County member of the US Congress, whose photo I append here from their roll:

He was born in New York and went to law school in Miami and served in Congress for decades, more precisely from 1954 to 1993, and he died in 1998. Perhaps his crowning achievement was the creation of the Biscayne National Park in 1968 (and which itself deserves an essay). Spend any time in South Florida;s open spaces and Dante Fascell's name will pop up. He also has a research boat with the marine sanctuary named after him. This is the view north from the bridge looking at Long Key: 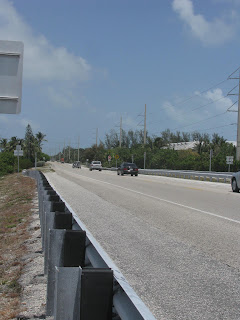 I am fond of the Long Key Bridge because it is extremely handy for passing slow pokes, as it is about two and a half miles long and the yellow line is dotted all the way. The only thing to be careful of is the hump at the southern end that can mess with your sight lines. The beauty of Keys bridges is that visitors like to slow down to admire the water which makes it easy to zip past them. 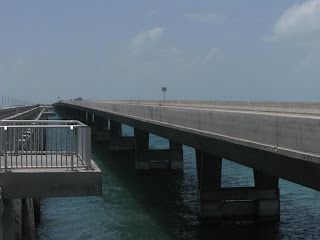 That isn't the only reason to enjoy the bridge, it does have some pretty views, including this section of the Gulf side of Long Key which reminds me of the Bay Islands of Honduras 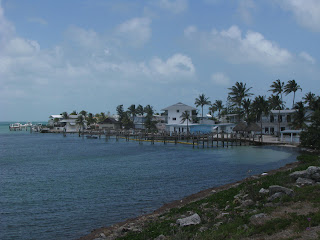 I got these three pictures by way of comparison from the excellent site aboututila.com: 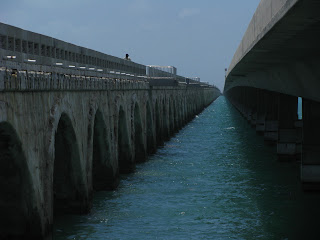 Nowadays the Flagler bridge is a most excellent walking, jogging, biking and fishing pier: 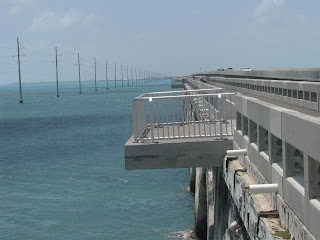 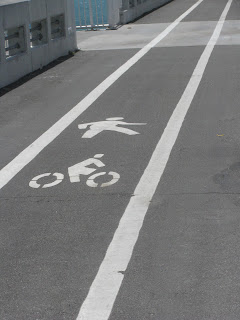 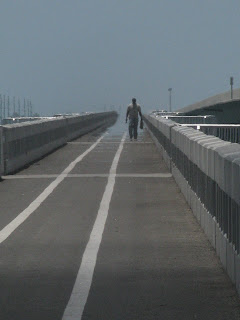 And if by chance you are in the area and attempting to kill fish please put your discarded monofilament fishing line in here: 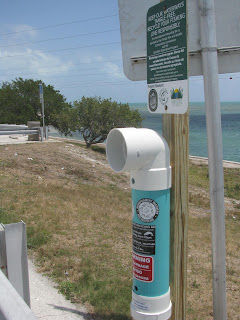 To prevent critters like this from tangling themselves in it: 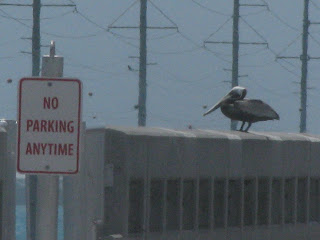 Fishing was on the mind of this man who scrambled down under the main bridge to try his hand, not successfully apparently because later I saw him walking back to his vehicle, an 18-wheeler! Quite the enterprising trucker, I thought. 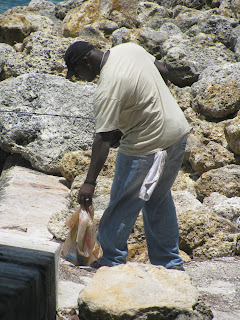 Fishing isn't the only sport. A period of sustained southeast winds has raked the Keys with gusts to thirty miles per hour and this couple figured their own entertainment in the conditions: 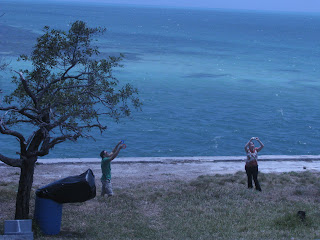 I was on a mission with no time for frivolities, so I had to saddle up and get going: 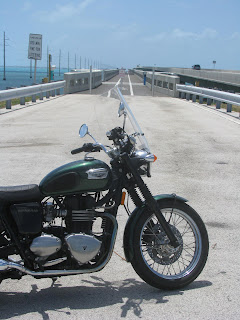 Taking a ride up the Keys on my day off was the name of the game.