BANANA -Build Absolutely Nothing Anywhere Near Anything 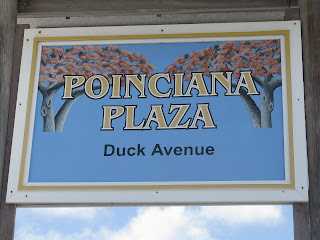 The Federal Base Realignment and Closure Commission a few decades ago gave a whole load of land to the city of Key West, which has always been a  frontier town and filled with military bases and people. Its known to officialdom as Poinciana Plaza and it still looks like the Navy Housing it once was, complete with fencing and park-like grounds. 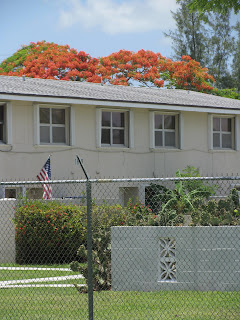 Not the best use of precious land in a city where housing is not getting more affordable.  So when a proposal came before the city commission to build 40 new units of housing naturally the commission voted it down.
from Keys Weekly: 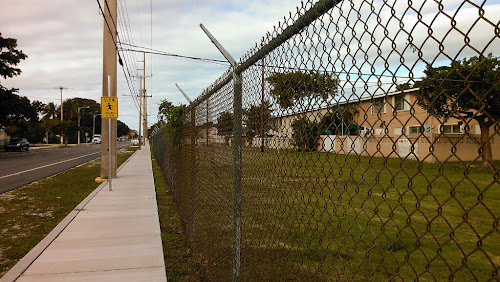 The commission voted against directing the city manager to work with the  of Key West for the development of affordable and workforce housing at  at the city commission meeting on Wednesday.
“Upon seeing this item on the agenda my immediate question is why are we not looking at . The property was already voted down as becoming the next homeless shelter,” Commissioner Tony Yaniz said. In December, the city commission voted against using the Easter Seals property as a homeless shelter site, however City Manager Jim Scholl and Mayor  have said it is the only viable property where the shelter can be located. The deadline to move the shelter is in late February.
Affordable housing has been a serious issue in Key West for more than a decade, but the issue came to the forefront after City Planner  brought forward a document called the “White Paper” in October, explaining the urgent need for 6,000 affordable units. The document also directed the city to hire a fulltime staffer to tackle affordable housing and work with the city’s land authority, as well as state officials.
I think the paper laid the issue out very clearly and when you look at the vast open spaces at Poinciana Housing you have to wonder why the elderly Navy units aren't demolished to make way for modern, compact units that would go a long way to help people afford to live in one of the most expensive towns in Florida. 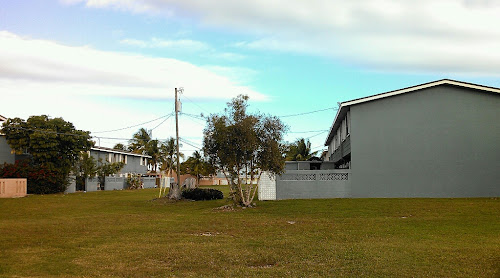 This is New Town, several miles from the precious leafy streets of Old Town where the tourists flock but there is no sign the city commission is in the mood to make any decisions. What they do want to do is increase height limits to help disfigure the city on the specious grounds that the city is built out and  thus helping home owners increase the size of their homes would be a good thing.

City Commissioners Tony Yaniz and  said they felt affordable housing might work better on other properties and the city should look at changing building heights before building any structures. Lopez suggested putting affordable housing units on part of the 6.6 acres of the Truman Waterfront Project, Yaniz said he would like to see other locations and buildings tower to six stories.
“If we cannot build out, the only way to go is up,” Yaniz said.
Which if you look around the city, not just at Poinciana Housing you will see is not the case, Key West is, inexplicably not built out at all. With 34 acres of land handed over to the city by the Navy 15 years ago you'd think that would be obvious, but Truman Waterfront remains a barren wasteland with development proposals aimed at a luxury marina and country club facilities rather than open space, an old folks home and why not a few units of affordable housing. 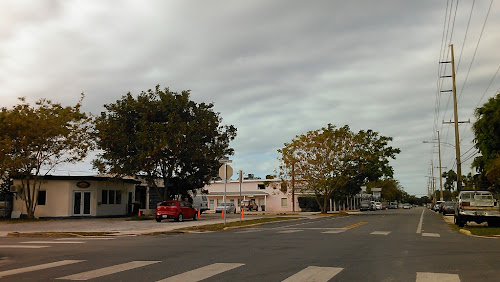 Walking past the Keys Energy headquarters in Old Town the public utility is gutting its elderly building and renovating the shell. Not a bad thing at all and perhaps an example to the city of making a decision and getting on with it. 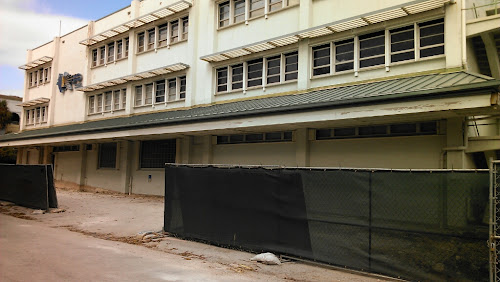 The homeless shelter has to move and the city is having kittens worrying about who is going to sue them the minute they make a decision about a new location. The obvious thing there too is to simply decline to decide even though the old Easter Seals building is the logical relocation site on College Road. The logic is impeccable; until it no longer is.