There is a certain carelessness in the way Key West maintains its public spaces. It used to bug me to see decay ignored, an absence of care, and now that the city is moving faster and faster to fulfil the mayor's vision of a genteel upper class tourist destination, I see seaweed rotting on the beach and feel relief. 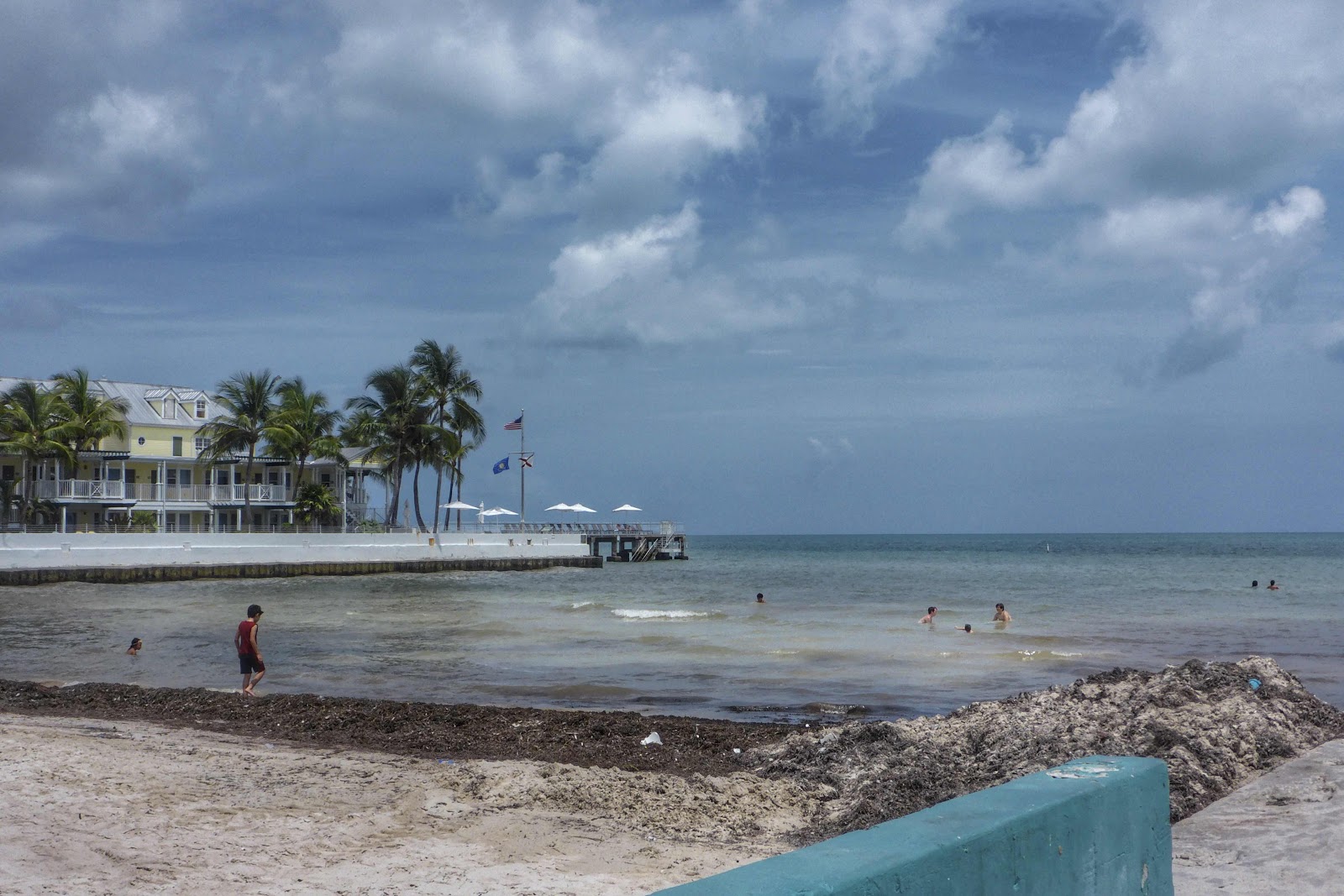 Slabs of cement mark the southernmost end of the "world famous" Duval Street, the heart of tourist Key West. The unsightly lump works for the seagulls. 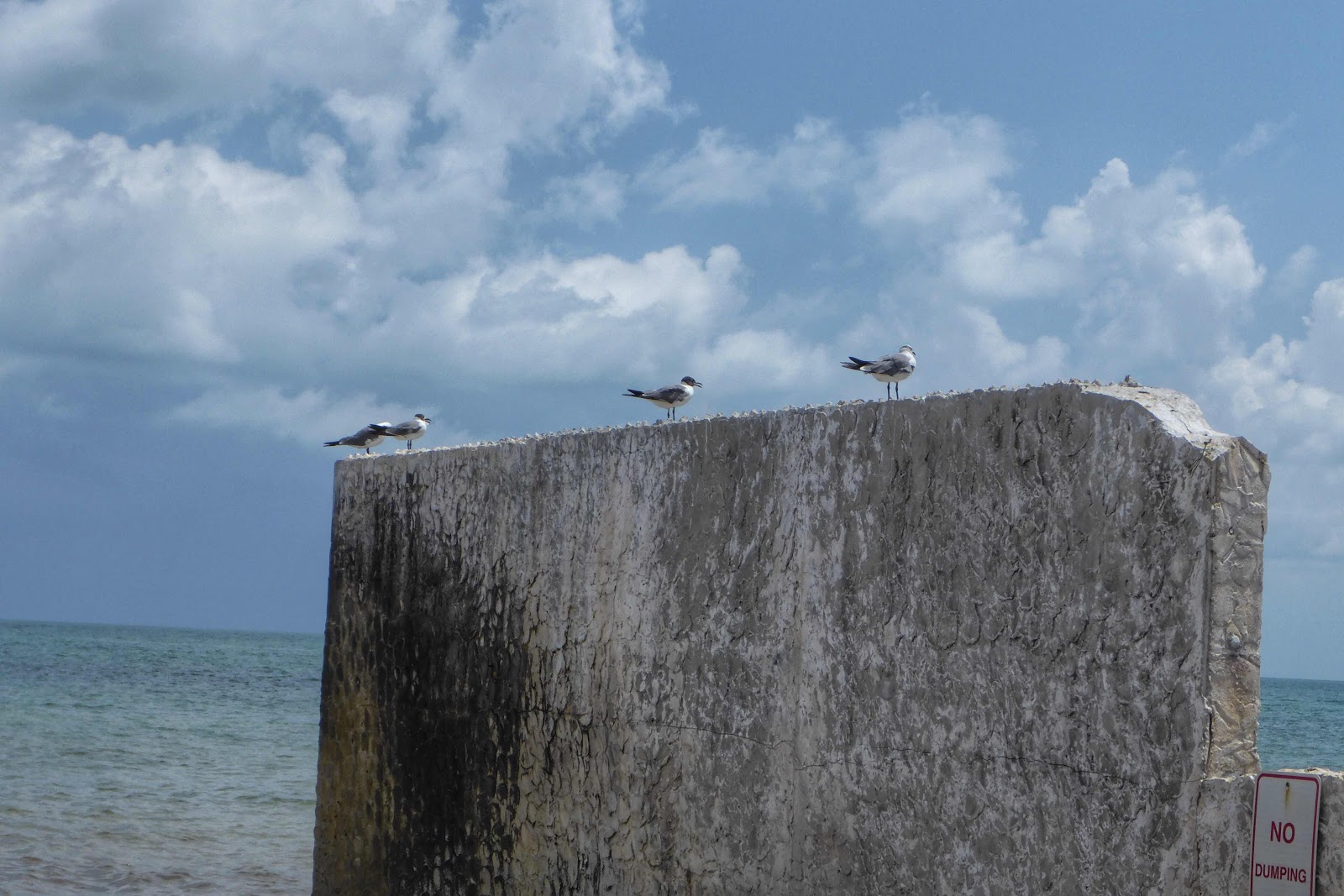 This cheerful sign addresses an issue I had not previously considered to be a problem. I hope the pelicans know not to dump around here. 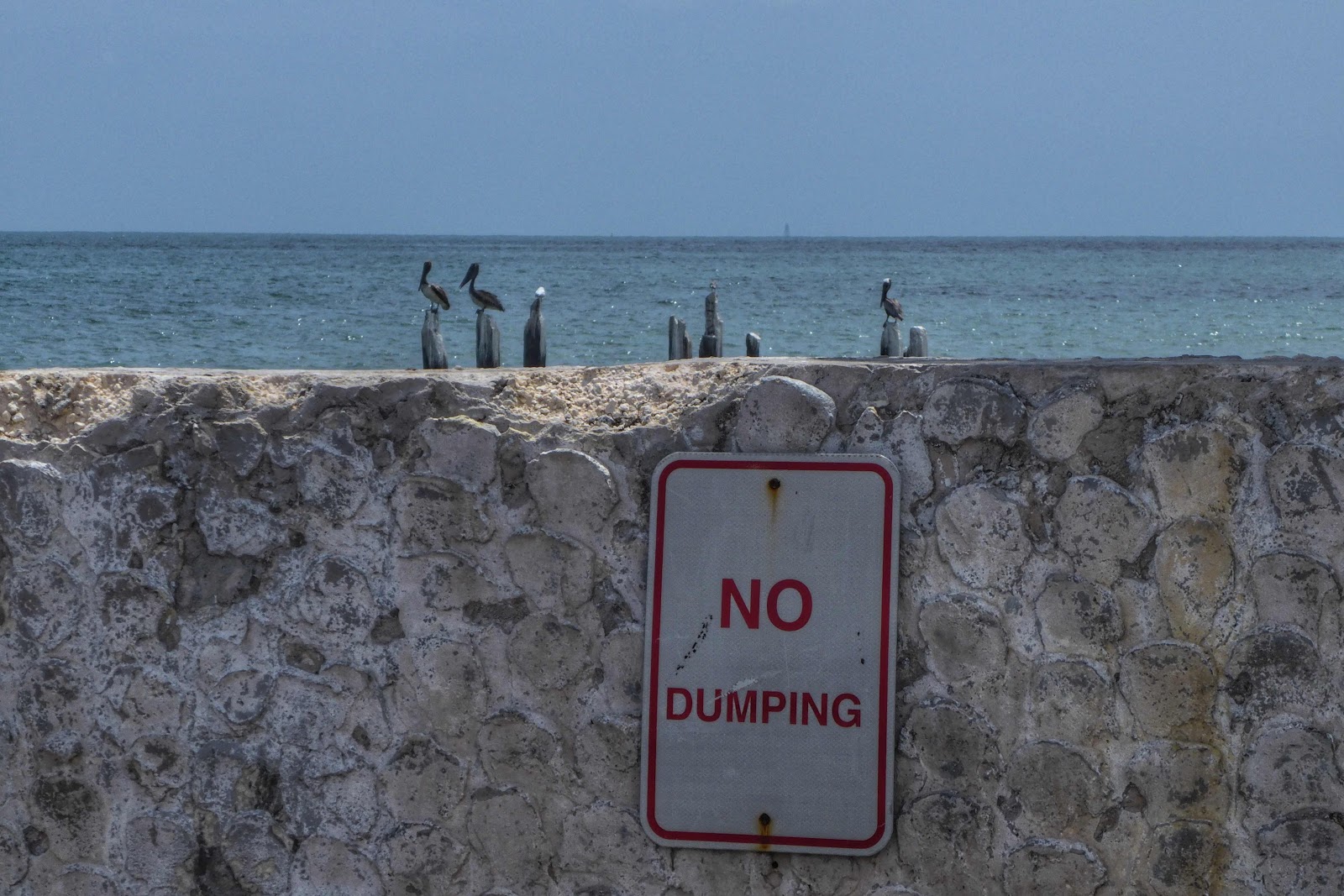 Conversely this slab of horizontal cement is a pier thrusting out into the sea, a photo opportunity with no sign of where or what this place might be. "Yay! Key West!" would be a nice background for those endless selfies taken at this spot, instead the background is a sign covered in scruffy stickers. The pier itself is about as inviting as a loading dock. 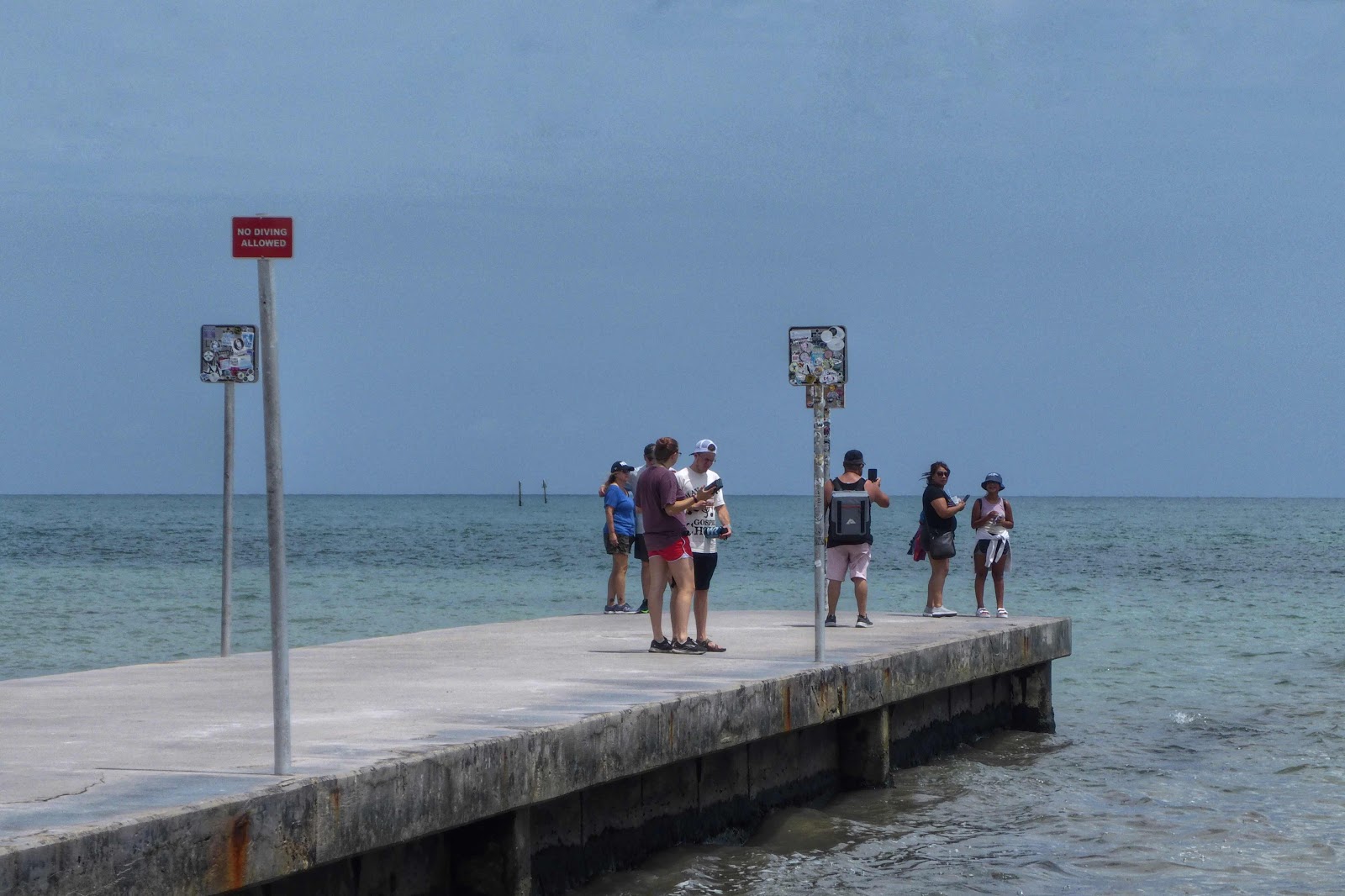 They come, they go and zip through the new pocket park built to replace a few seaweed covered parking spots that used to live here. 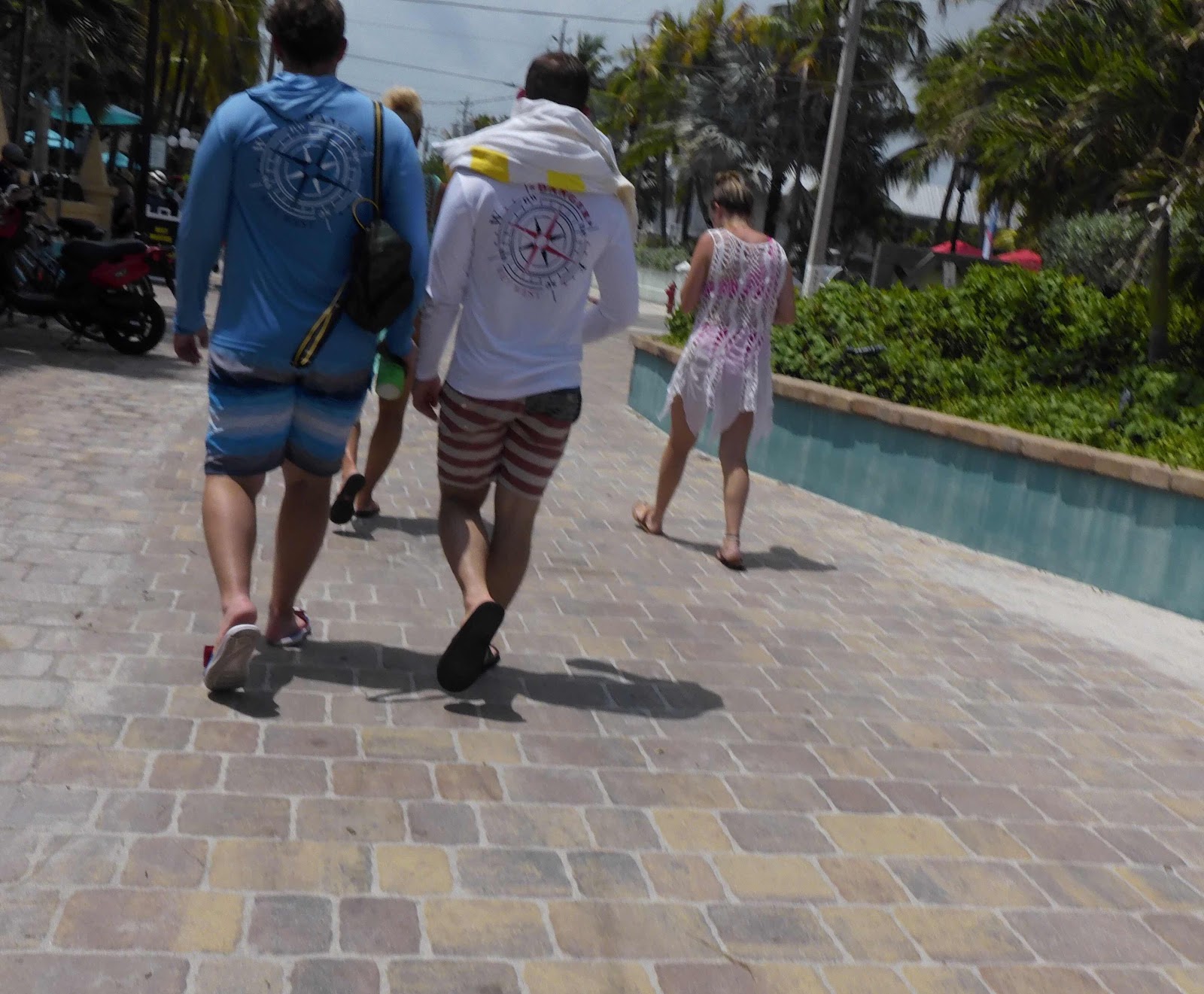 This is as it was: 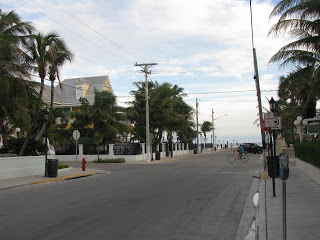 This is as it is, so urban renewal is not out of reach: 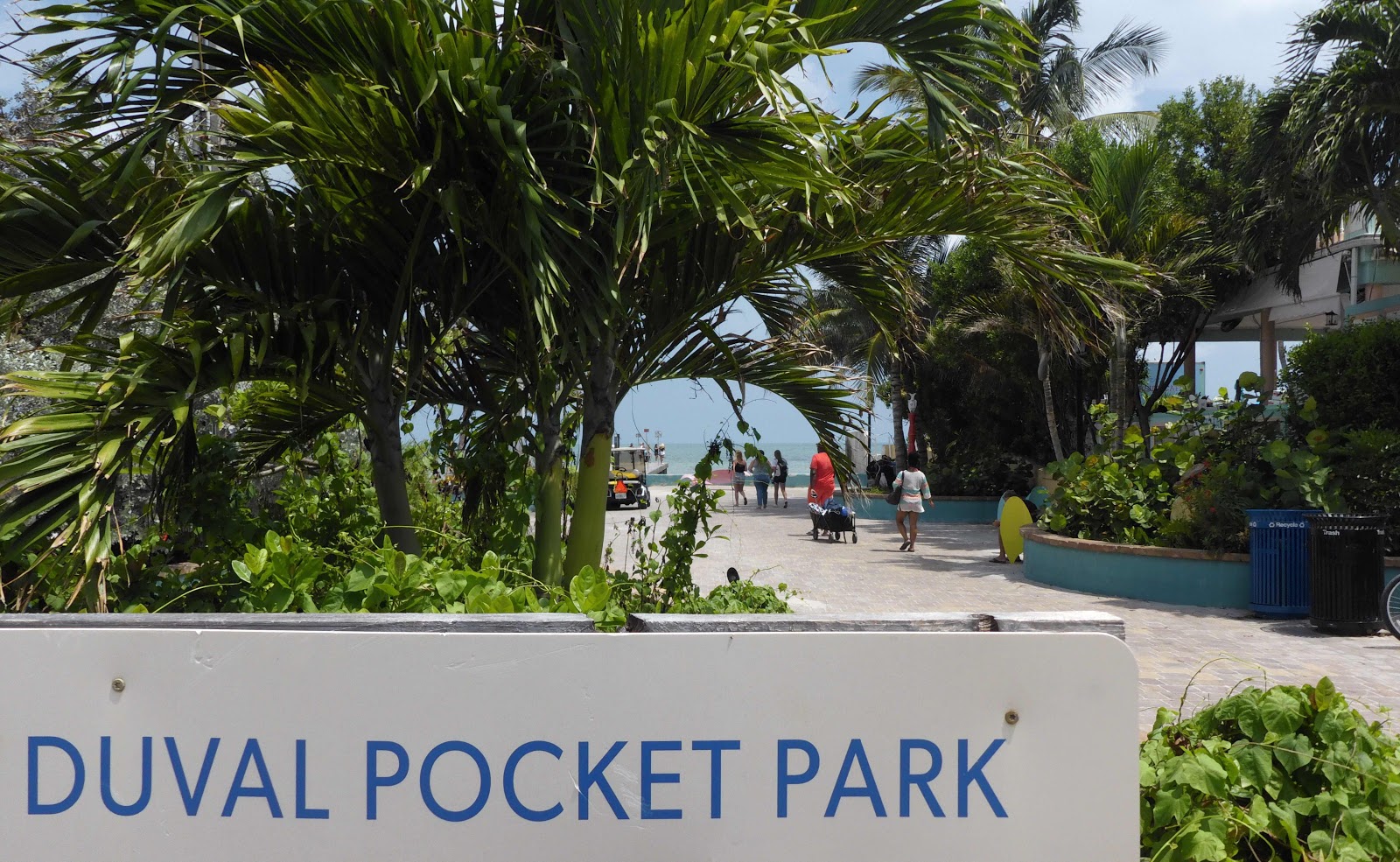 The surrounding architecture should inspire. 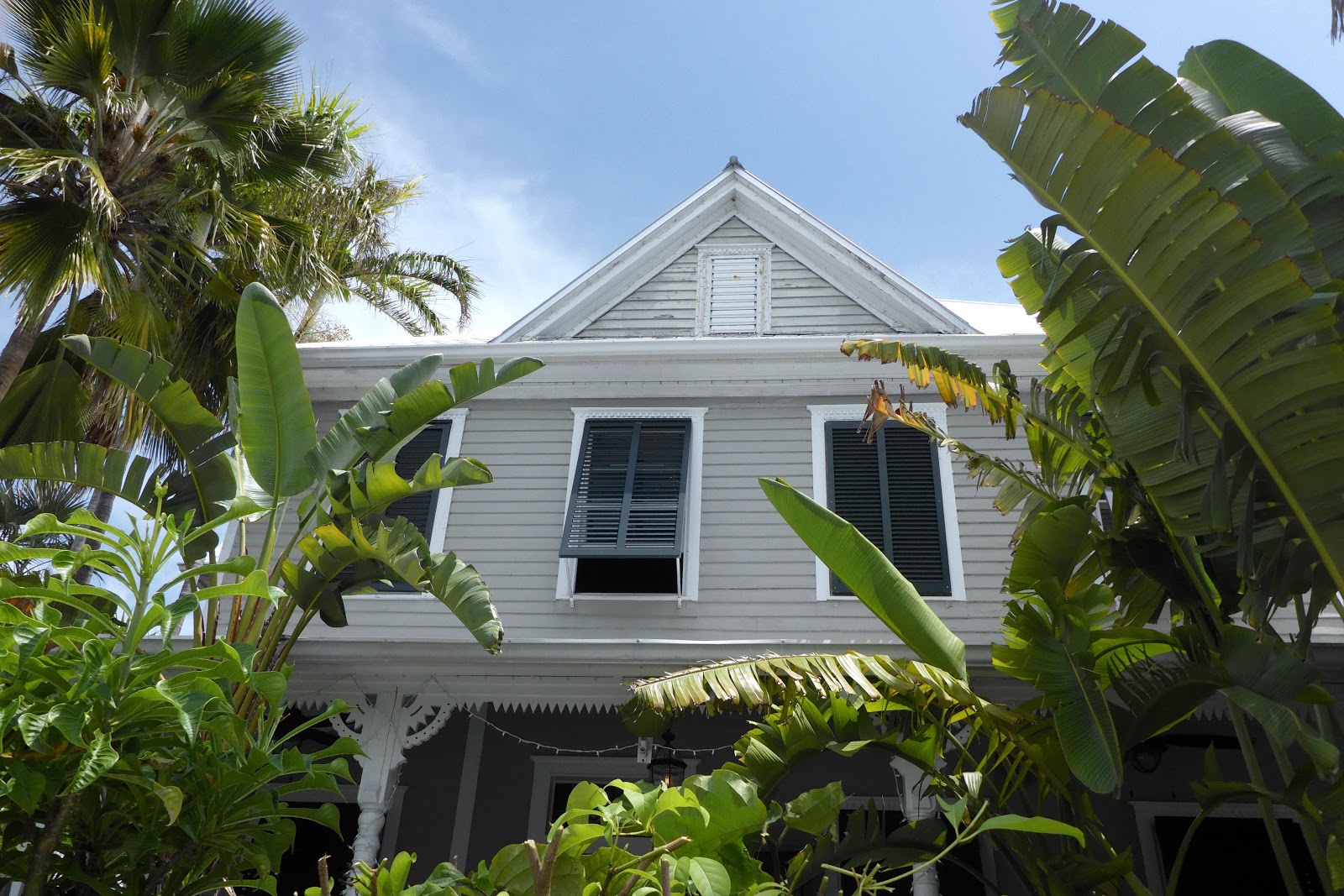 Cruise ships are still in the news. The city is struggling to override the Governor's mandate that cruise ships are not subject to local control, but the latest news from the cruise ship industry is that Carnival has dropped Key West from its ports of call. According to the paper there is no reason given but that's a loss of several ships a week from Key West. 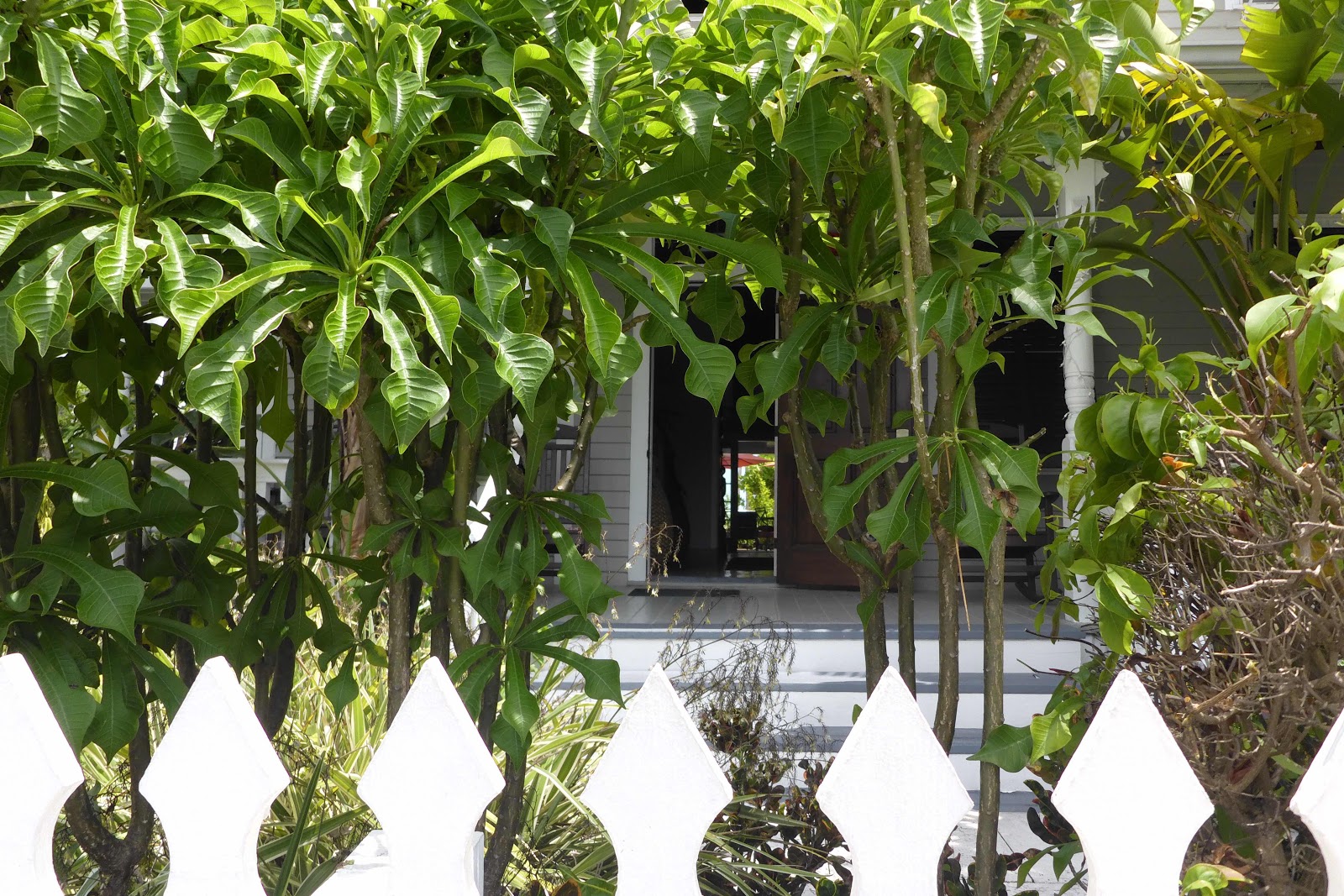 Score one for the Mayor in her running battle with the Governor. Whether the loss of income will affect Duval businesses this far south from the bars at the top end of the street...is pretty easy to say. These places don't get many cruise ship visitors and in the past have complained about the discrimination. Nowadays Upper Duval is a mess of closed cruise ship centered businesses but down here everything looks normal and people are working: 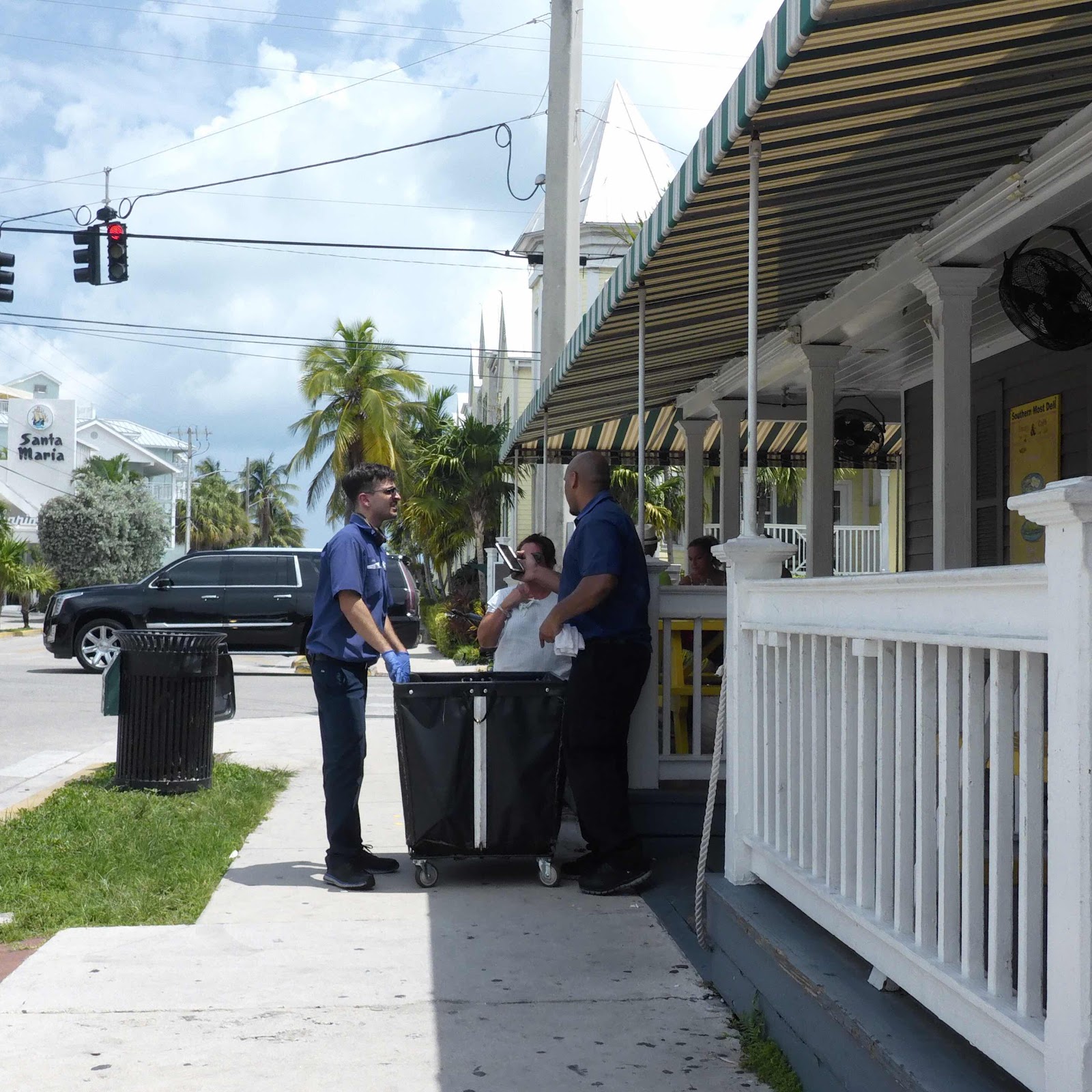 In other news Florida's governor has promised to appeal another loss this time in Federal Court in Miami where a judge ruled Norwegian Cruise Lines can require passengers to show proof of vaccination. It would be odd if Key West did trump Tallahassee but there is precedent:  David did wallop Goliath...
Posted by Conchscooter at 12:00 AM 2 comments: