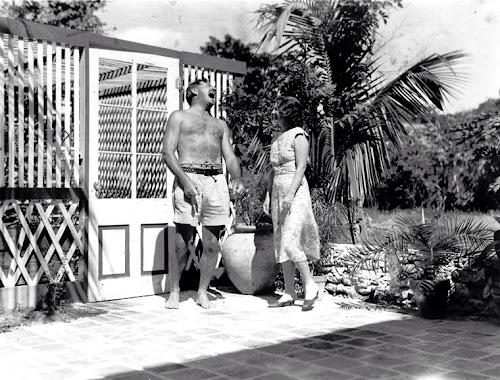 Hemingway and Pauline Kael caught in a happy moment in Key West, a suitable image to celebrate the day, forced upon us by the good people at Hallmark. Yes, it's Valentine's day today and I shall spare you the story of St Valentine of Terni (my fair city) whose holiday was never noticed when I was a kid until people everywhere realized there was money to be made from a minor religious holiday and in 1996 my homies started celebrating the Christian Bishop of a Terni who married a Roman soldier and a Christian woman. So now we are all out buying flowers etc etc.. Anyway I saw the BBC story BBC News - Hemingway's favourite burger recipe and I thought that thanks to the fact the man is inextricably linked to the Southernmost City we should probably not let this historic (really? Pardon my skepticism) recipe get away from us. Here's the story with added pictures pulled from the Web. Happy Valentine's Day ! 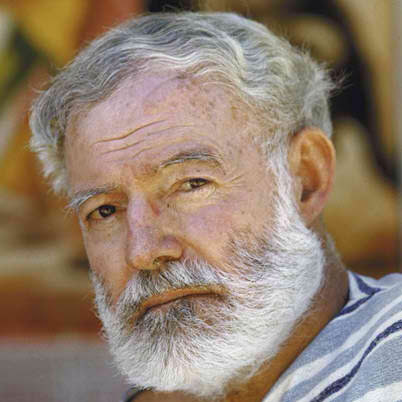 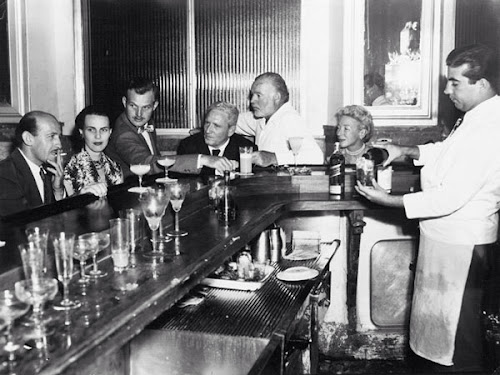 According to Sandra Spanier, general editor of the Hemingway Letters Project, Papa's favourite hamburger recipe - made available in digital form by the John F Kennedy Presidential Library on Tuesday - reveals quite a bit about the author and his fourth wife, Mary. It's no surprise that he liked his burger "pink and juicy in the middle" but what about the soy sauce, and the half-teaspoon of Spice Islands Mei Yen Powder? "One of Hemingway's favourite restaurants was in Havana's Chinatown," says Spanier. He loved Chinese food. 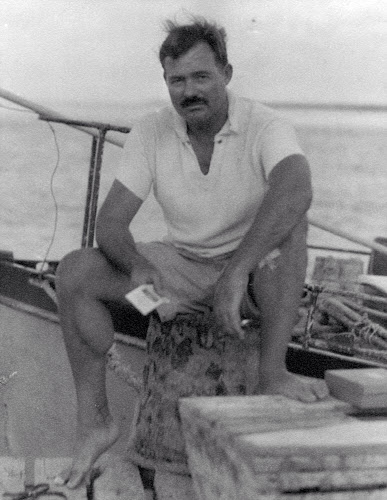 Also notable is the sheer range of items thrown into the mix - India relish, capers, wine, parsley... This captures a "gusto that's very characteristic" of Hemingway, Spanier says. "It's indicative of his enjoyment of the pleasures of life," and also the range of his tastes, from low-brow to high-brow. He was as comfortable on a boat with Cuban fisherman, Spanier says, as he was dining at the Ritz Hotel in Paris. 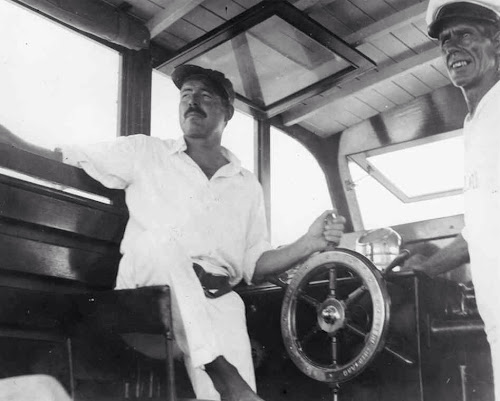 As burgers go, this is quite ritzy.Hemingway's passion for food and drink is often reflected in his writing. Whole paragraphs describe the frothy bubbling of pancake batter in a skillet, and the sip from a tin of apricots in one of his earliest short stories, Big Two-Hearted River, Spanier notes. A Moveable feast, published after his death, contains a loving description of eating oysters with cold white wine. Mary wrote that they ate the hamburgers to fortify them for "tramping through the sagebrush after pheasant, partridge or ducks" in Idaho or Wyoming, which they visited every autumn. She typed the recipe out for the Woman's Day Encyclopedia of Cookery while Hemingway was still alive, Spanier says. 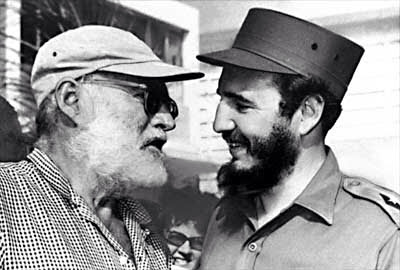 This recently published version with the added "Wild West" tag, was for a later edition. After Hemingway's death in 1961, as relations between the US and Cuba deteriorated, Mary needed help getting back into Cuba to reclaim documents and memorabilia. President Kennedy and Fidel Castro intervened to make it possible - which explains the JFK library's interest in Hemingway's papers. 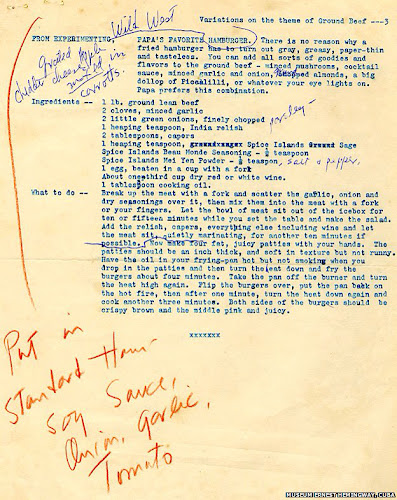 This recipe, above reproduced below, was among those left behind at Finca Vigia outside Havana, shown with Hemingway's own notations.

1 egg, beaten in a cup with a fork

About one third of a cup dry red or white wine.

Spice Islands discontinued Mei Yen Powder three years ago, but you can recreate it with 9 parts salt, 9 parts sugar, 2 parts MSG. If a recipe calls for 1 tsp Mei Yen Powder, use 2/3 tsp of this recipe mixed with 1/8 tsp of soy sauce.

Break up the meat with a fork and scatter the garlic, onion and dry seasonings over it, then mix them into the meat with a fork or your fingers. Let the bowl of meat sit out of the icebox for ten or fifteen minutes while you set the table and make the salad. Add the relish, capers, everything else including wine and let the meat sit, quietly marinating, for another ten minutes if possible. Now make four fat, juicy patties with your hands. The patties should be an inch thick, and soft in texture but not runny. Have the oil in your frying-pan hot but not smoking when you drop in the patties and then turn the heat down and fry the burgers about four minutes. Take the pan off the burner and turn the heat high again. Flip the burgers over, put the pan back on the hot fire, then after one minute, turn the heat down again and cook another three minutes. Both sides of the burgers should be crispy brown and the middle pink and juicy. 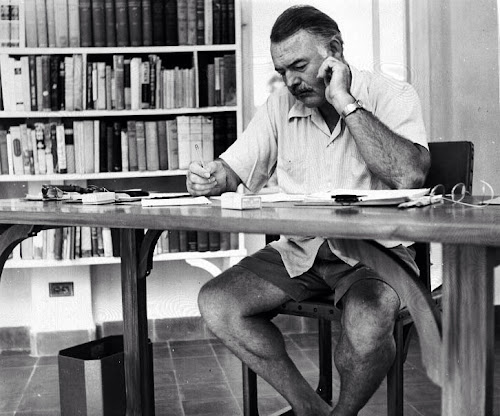