Here she is enjoying a rest after a walk on that funny little beach found on the approaches to Tampa Bay's Sunshine Skyway. We were on our way to St Petersburg where I lived 24 years ago -that long?- and where I had been quite unhappy. But I did discover a few interesting or odd places to hang out like this one that got the seal of approval from my dog. 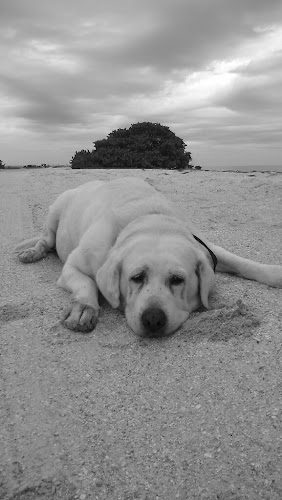 We had left Florida's east coast in the morning, late, crossed the state with lunch in the middle, in Clewiston and late afternoon saw us approaching the 220 foot tall weirdly suspended freeway bridge. There is a toll but I forget what it is as they take Sunpass and we rolled straight through,slowed only by the dimwits who still think you have to stop in the pass lane. Grr. 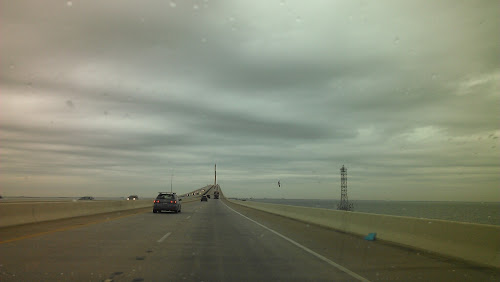 The old bridge got a span demolished when a pilot missed the gap and drove a freighter into a support, knocking cars off the bridge breaking the old structure they decided to build a new suspension bridge from scratch. Sunshine Skyway Bridge - Wikipedia, the free encyclopedia 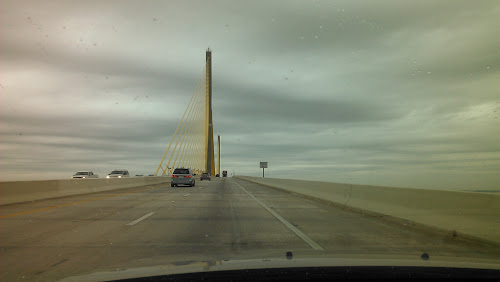 I used to sail here from my berth in St Petersburg and I never tired of looking up at the structure as I sailed underneath between freighters. Seen from the roadway it's just as impressive. 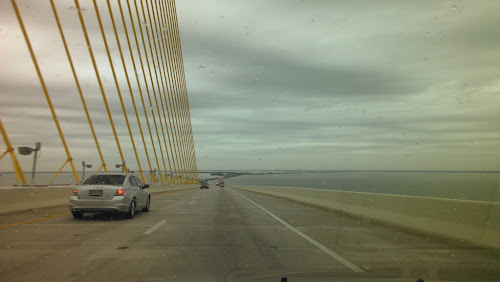 It was a gray overcast day, a cold front Up North was setting records and down here it was 67 but the wind was cold and rain kept coming and going. Not your typical Florida day unless you really know Florida as it really is in winter. 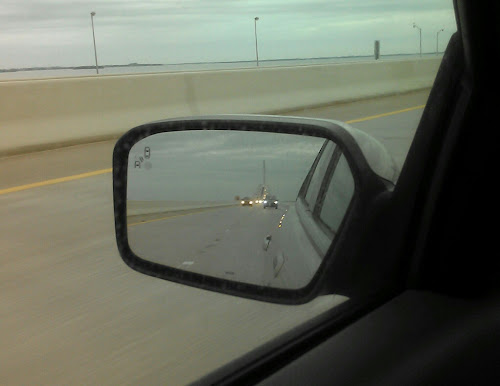 Heading down the slope toward St Pete those islands flanking the road are great places to stop, and the fishing pier is the stub of the old bridge. A stop is in order. 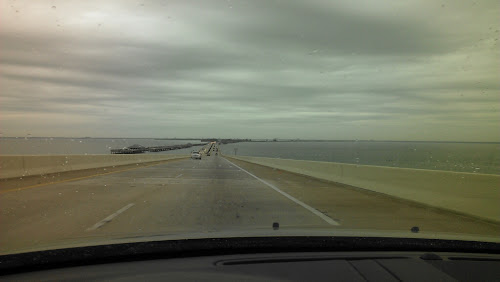 And unlike the Florida Keys, the west coast of Florida is all sand, and my dog was happy. 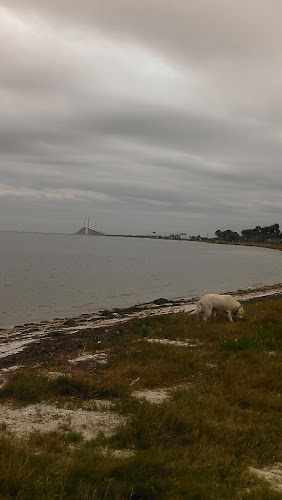 There was some lunatic out in the arctic air paddle boarding. God knows how cold the water was. 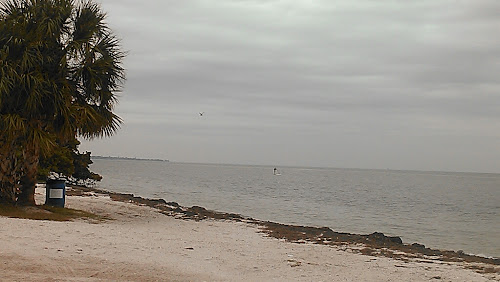 These guys were smarter, standing on the beach flying a radio controlled helicopter. My wife thought it was cool. Hmm, so a plane isn't too geeky? She said no. Thinks... 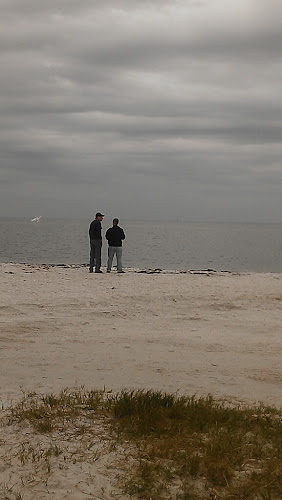 People on the mainland aren't too friendly to strangers so Cheyenne and I enjoyed each others' company. We are deeply in love. 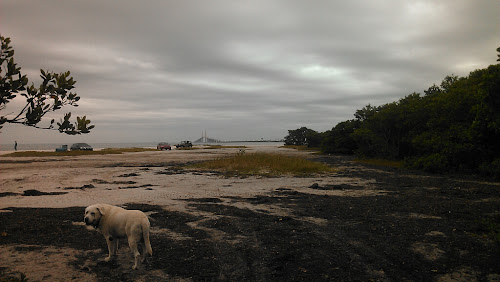 It was a nice pause on the journey. I started fiddling with the camera when Cheyenne decided to pause. Here's the result: 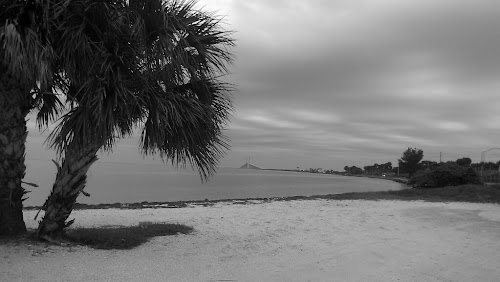 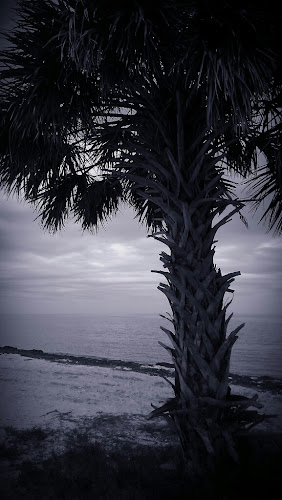