There is a notion floating around in the contemporary photographic universe which posits that black and white photography is somehow a way to posture and add an arty label to mundane photos. I am not in a position to argue the merits but for me black and white is just another way to take a photograph. Night photos seem an obvious time for the monochrome effect but even in daylight I like to think about the possibilities of black and white when color is not necessarily called for. As for artistic pretensions I prefer to  try to tell stories with my pictures than create High Art. 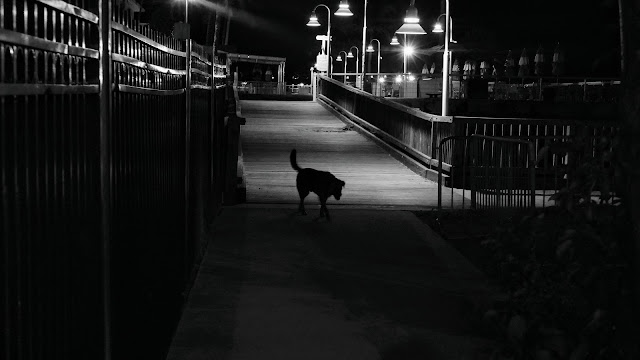 I do like the  effect of the black and white pictures as they remind me of the film noir genre produced by Hollywood, and others in the mid 20th century. Take for example that great mystery of a film which put its  musical score front and center as well. Mercifully I'm not claiming to be a composer at least. 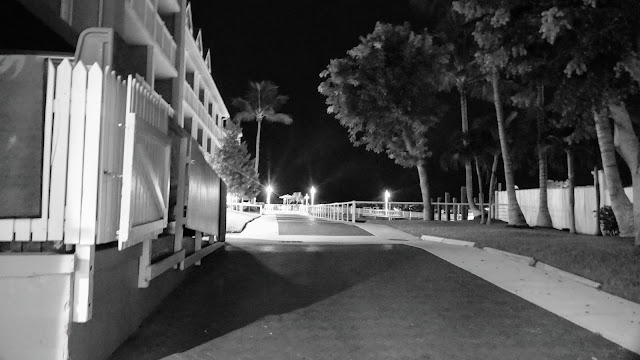 I grant you it is a bit of a stretch comparing 21st century Key West to the rubble of Vienna after World War Two but looking back at this handful of photos puts me in mind of The Third Man. The British Film Institute says it's the greatest British film of all time, so I suppose my modest photos ought to be good and artistic! 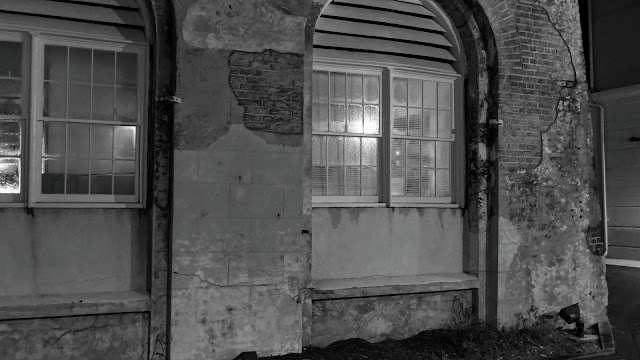 In the event I was wandering around the custom house and the shadow and light were wonderful. It's part of that strange anomalous mystique of key West. This is the town you associate with wooden houses, bright colors and picket fences overflowing with tropical foliage. That's my Key West. 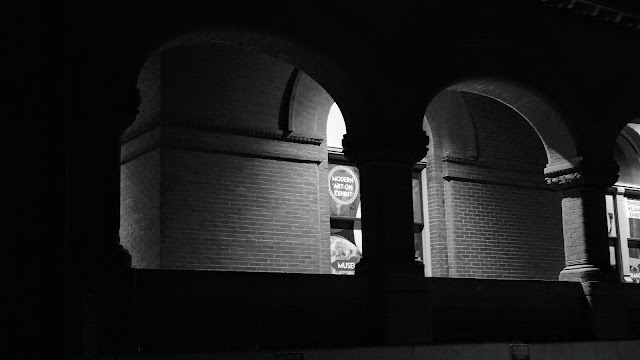 But when you look around there's that other town, the brick buildings and scabrous plaster, the light falling at an angle and the darkness...I love it.  This is Margaritaville Resort in the early hours as quiet as if it were unoccupied: 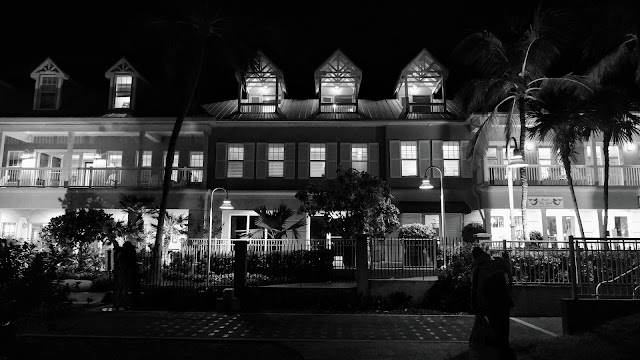 Check out the Custom House Museum from a slight distance, across from the resort: 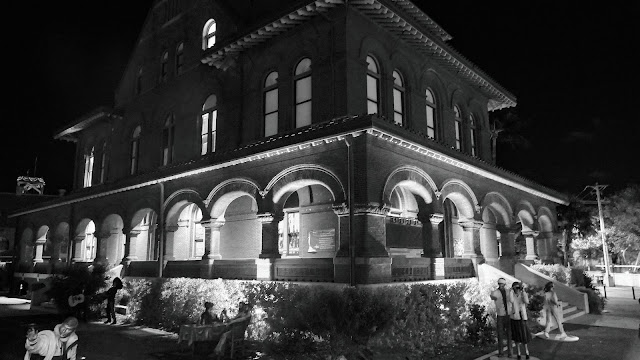 And round the other corner the waterfront side, in color yes, but all washed out with himself bring a touch of the usual to the scene. 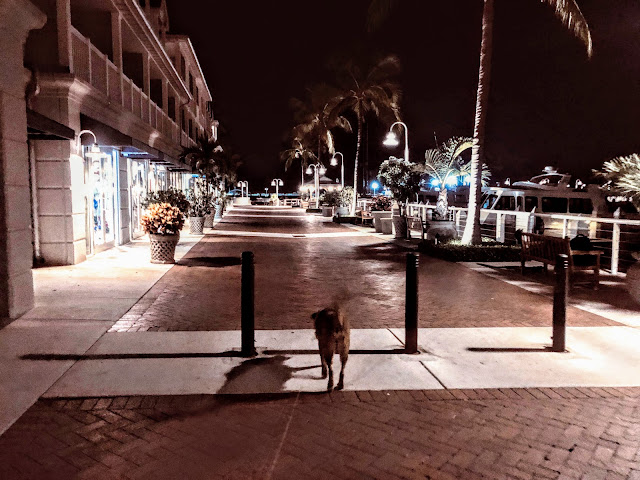 We ended up not walking far but in the expanding circles we made there seemed to be lots to look at. 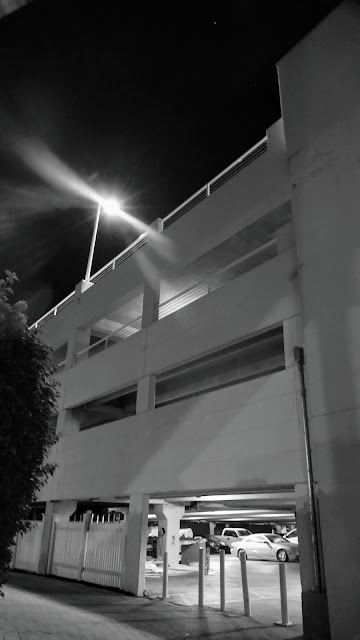 I've seen a few of these stickers show up around town as though gentrification can be held back by thinking about it.  Money talks and eccentricity and non conformity are on the wane in Key West. 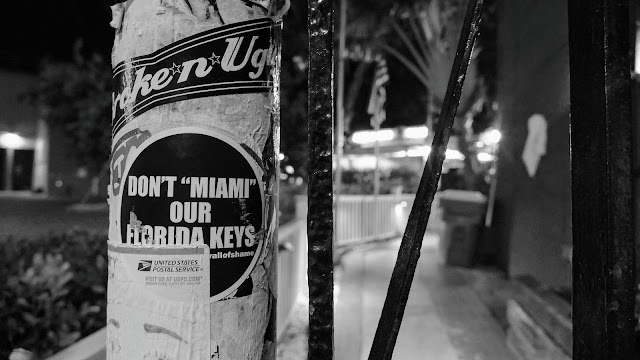 I saw puddles on Wall Street near Duval: 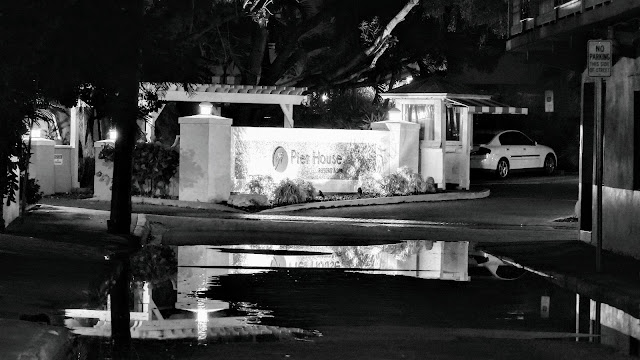 And this picture of Exchange Street looking toward Front I've taken a few times. 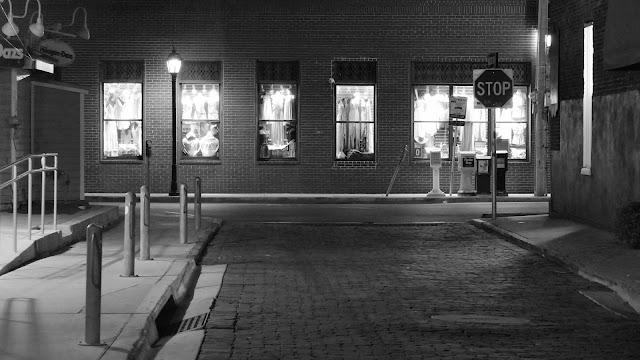 We turned our backs on it all and Rusty led the way to the car. He was ready for mangroves and wilderness and fewer human artifacts. Not at all like Harry Lime who needs to have people around him to keep himself in business.
Posted by Conchscooter at 12:00 AM 3 comments: