My last essay talked about my arrival at my sister’s home called Leckmelm three miles east of Ullapool on Loch Broom in the far northwest of Scotland. We took off on a family walk. 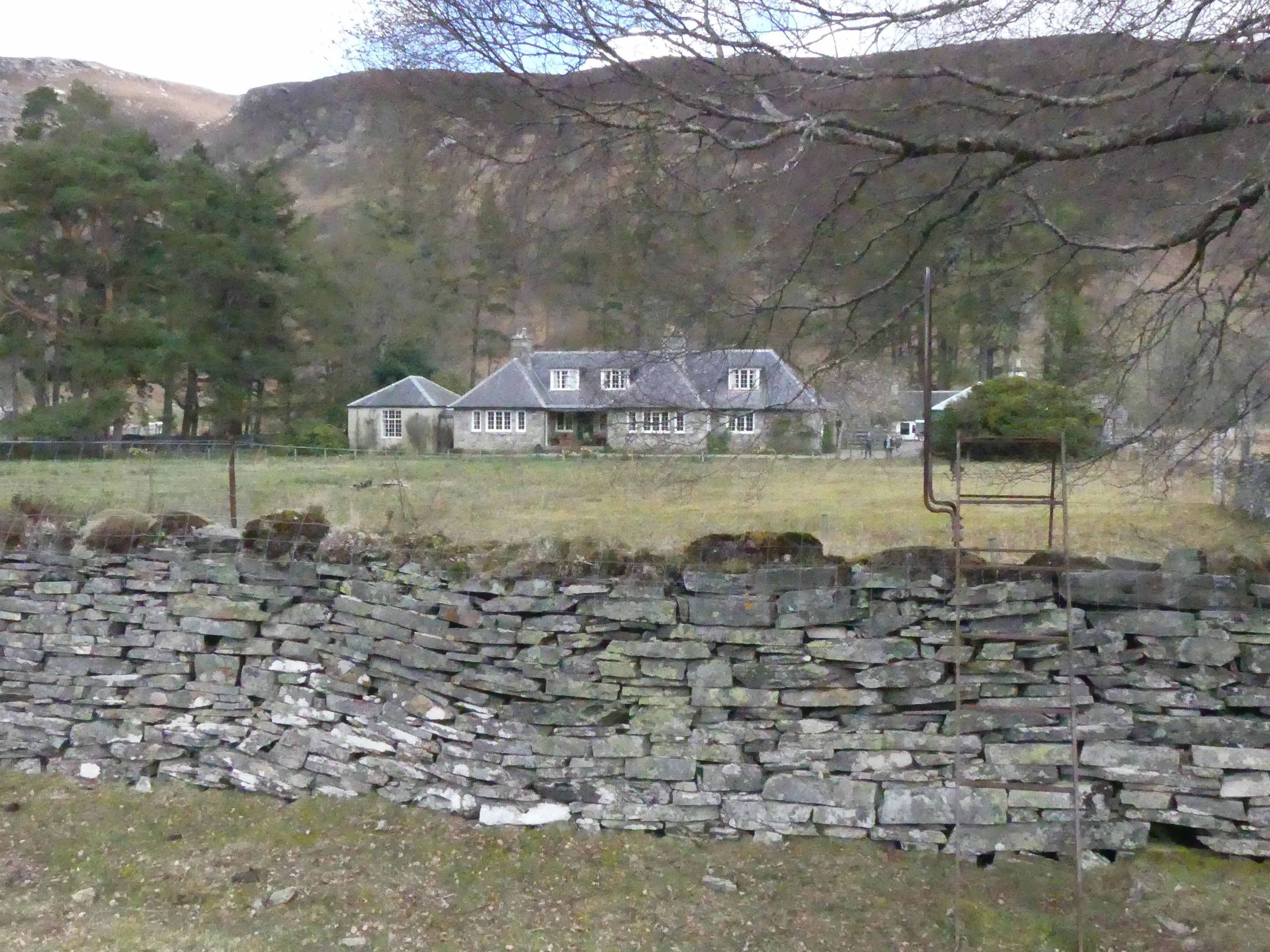 We ambled a couple of gentle miles until we got to a steep slope down to East Rhidorroch Lodge shown above, in which picture you can see the ladder which we climbed over the dry stone wall, Lucy (below) carrying the dog. 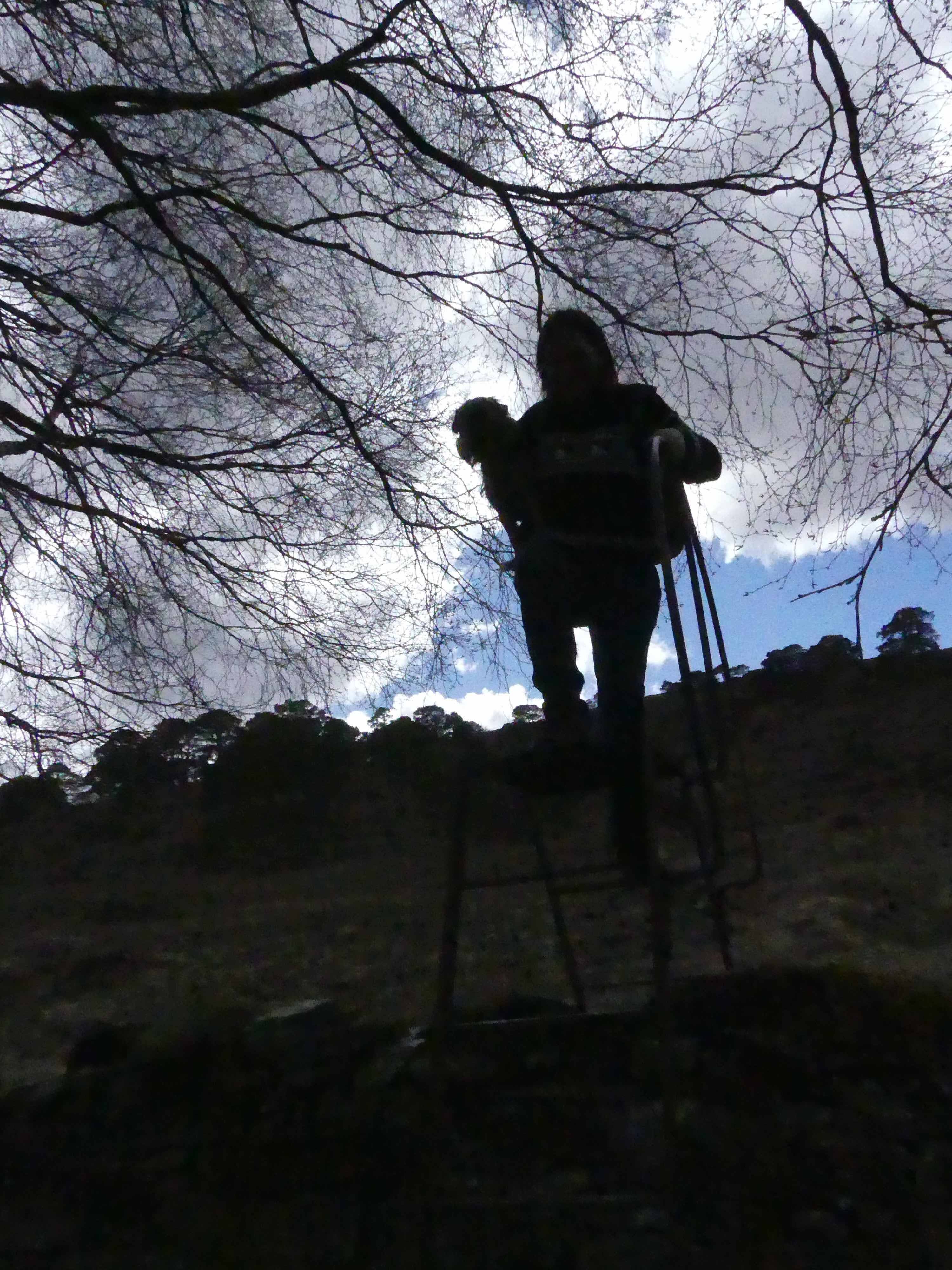 These communities are isolated, off the Internet and cellphone and television grids but they all know each other. The daughter of the home was delighted to see us as she hadn’t had much company for weeks...photographed later in Ullapool. 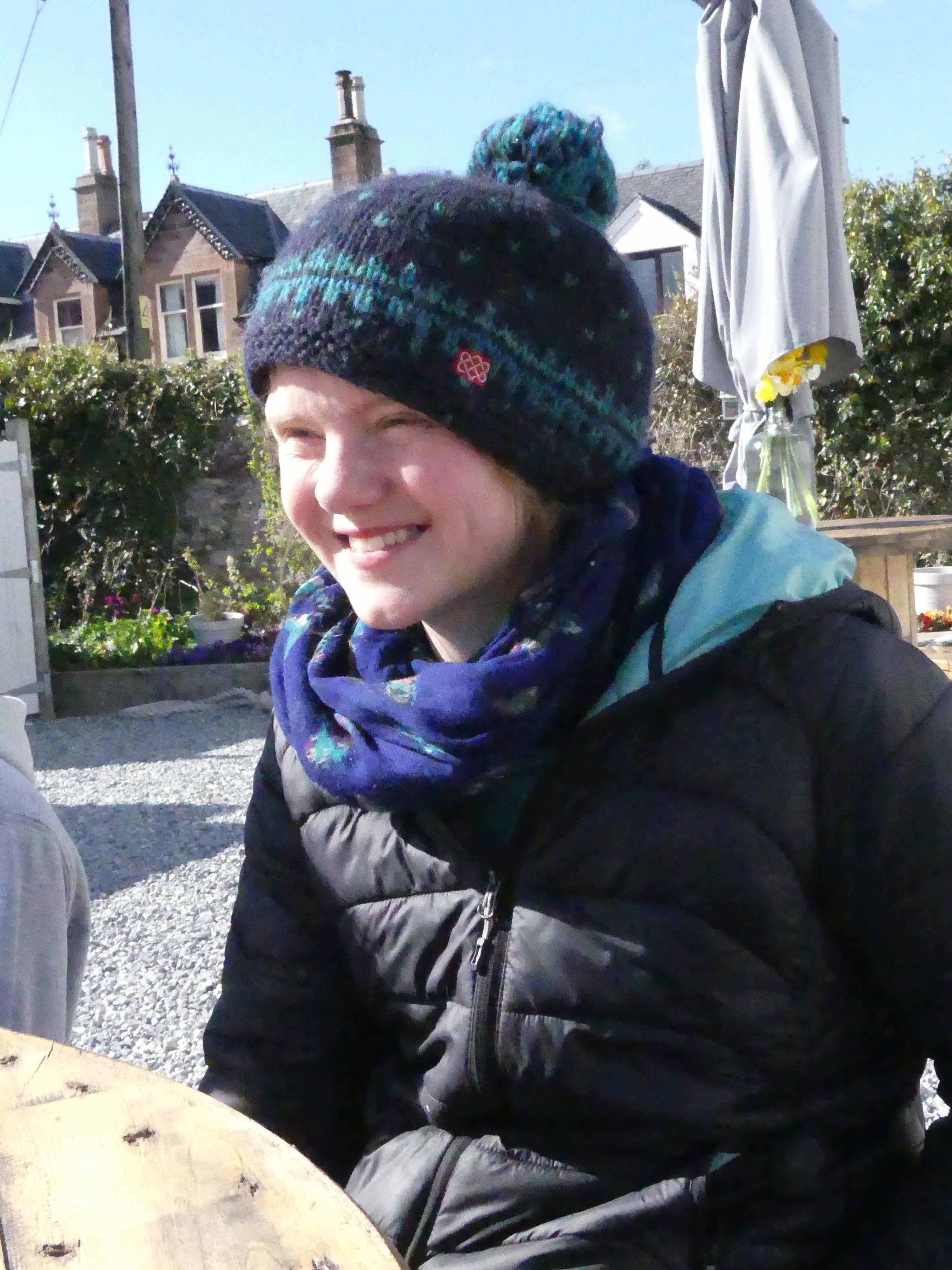 These are resilient people who live outside the mainstream in a way that feels reminiscent of a tougher self sufficient life two hundred years ago. They welcomed us with hot tea and more food in the general purpose sunroom - which was comfortably warm for my weak tropical skin. 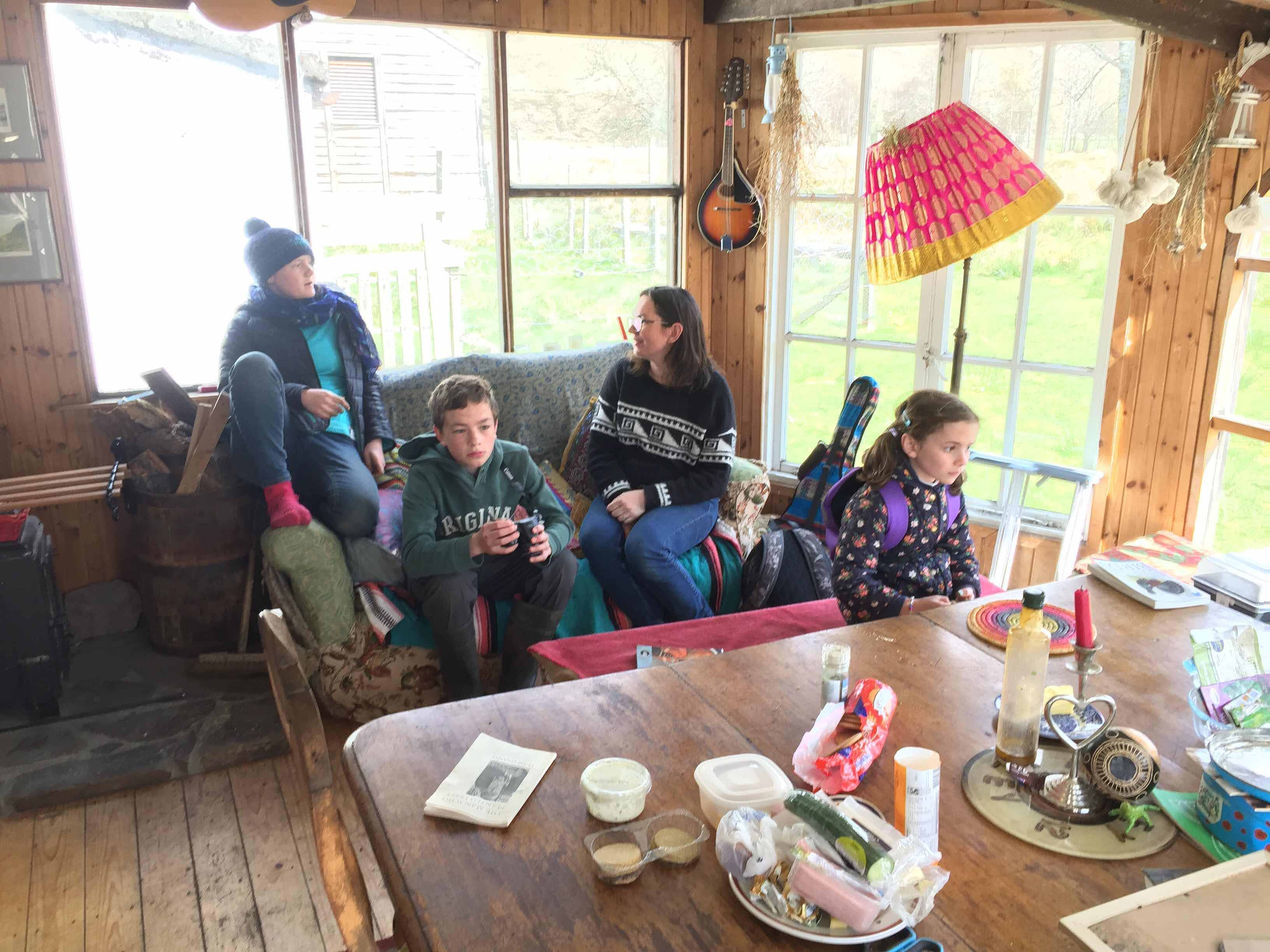 This is lambing season so that was where the talk went. Lucy only has 14 lambs to be born whereas Iona has 30 more so Lucy is winning that race. Iona and her mother entertaining us. 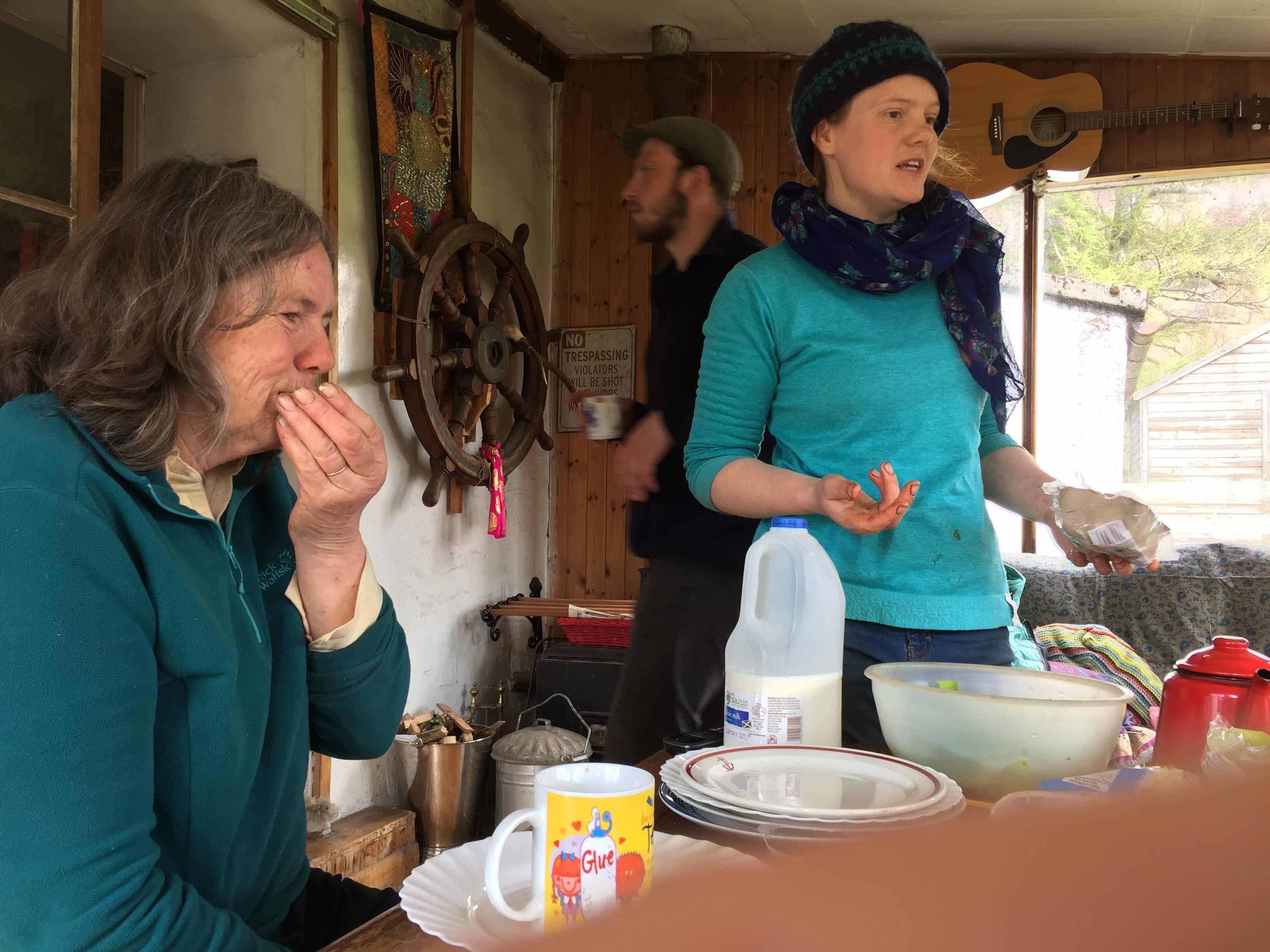 My portrait photography needs work I know but I wish you could have been there. It was a dialogue from another world talking about sheep characteristics and the nature of lambs. They name their favorites then send them off to slaughter. I found that a bit weird but I chose not to be a farmer...Duncan is Lucy’s eldest at 15 and the contemplative one. A first rate bagpiper I’m told. 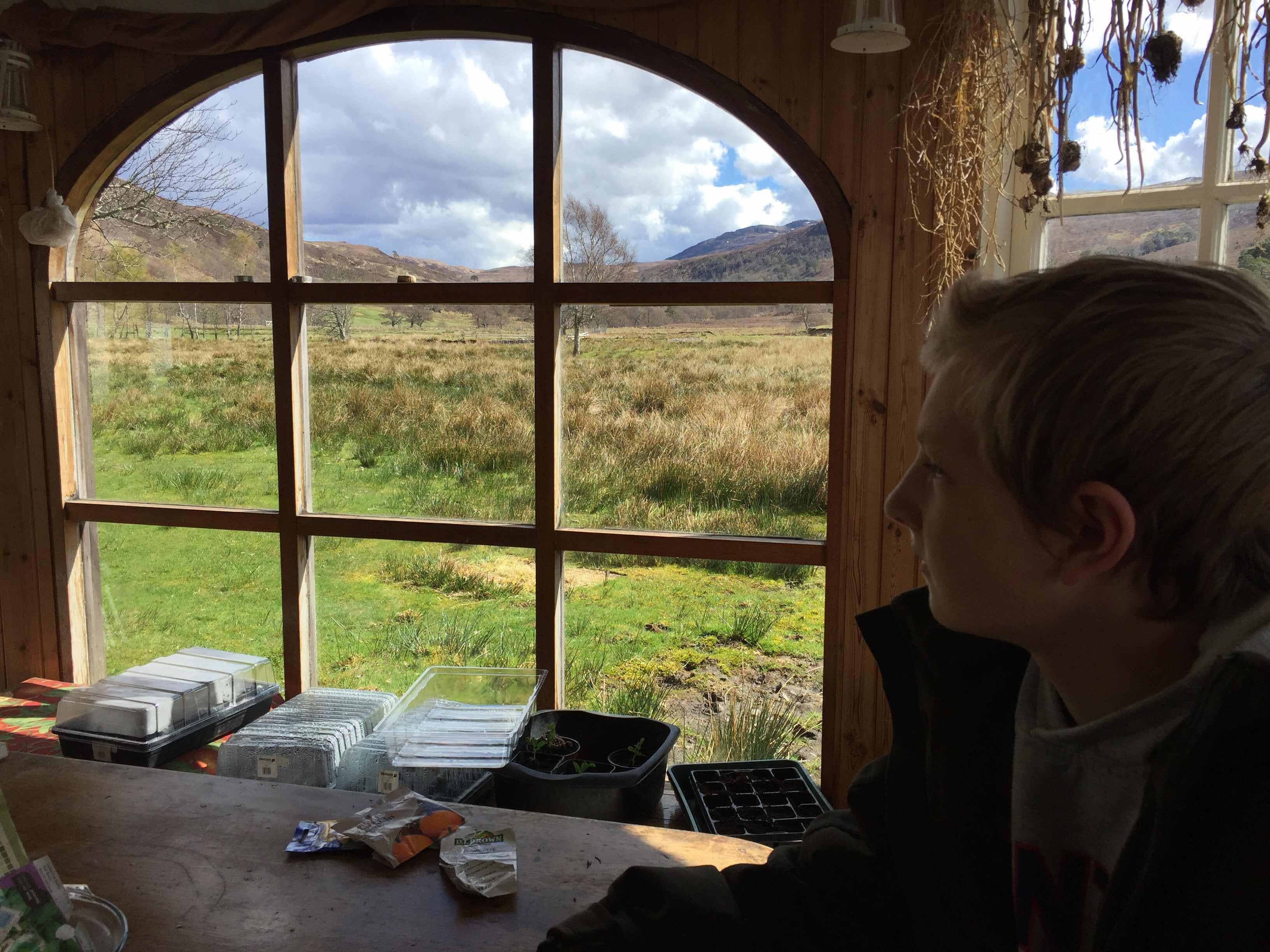 Farmers talk also about Woofers. They are Willing Workers On Organic Farms to the farmers though the volunteer farm workers find positions through World Wide Opportunities On Organic Farms. They work for board and lodging and learn farming skills. Much talk then of woofing. One of Iona’s woofers was an American Mennonite first glimpsed behind a wall building something with an electric drill. I didn’t think it acceptable to take her picture but she was dressed in a bonnet and long dress and yellow boots and a big smile. All in the organic black mud of a Scottish vegetable garden. 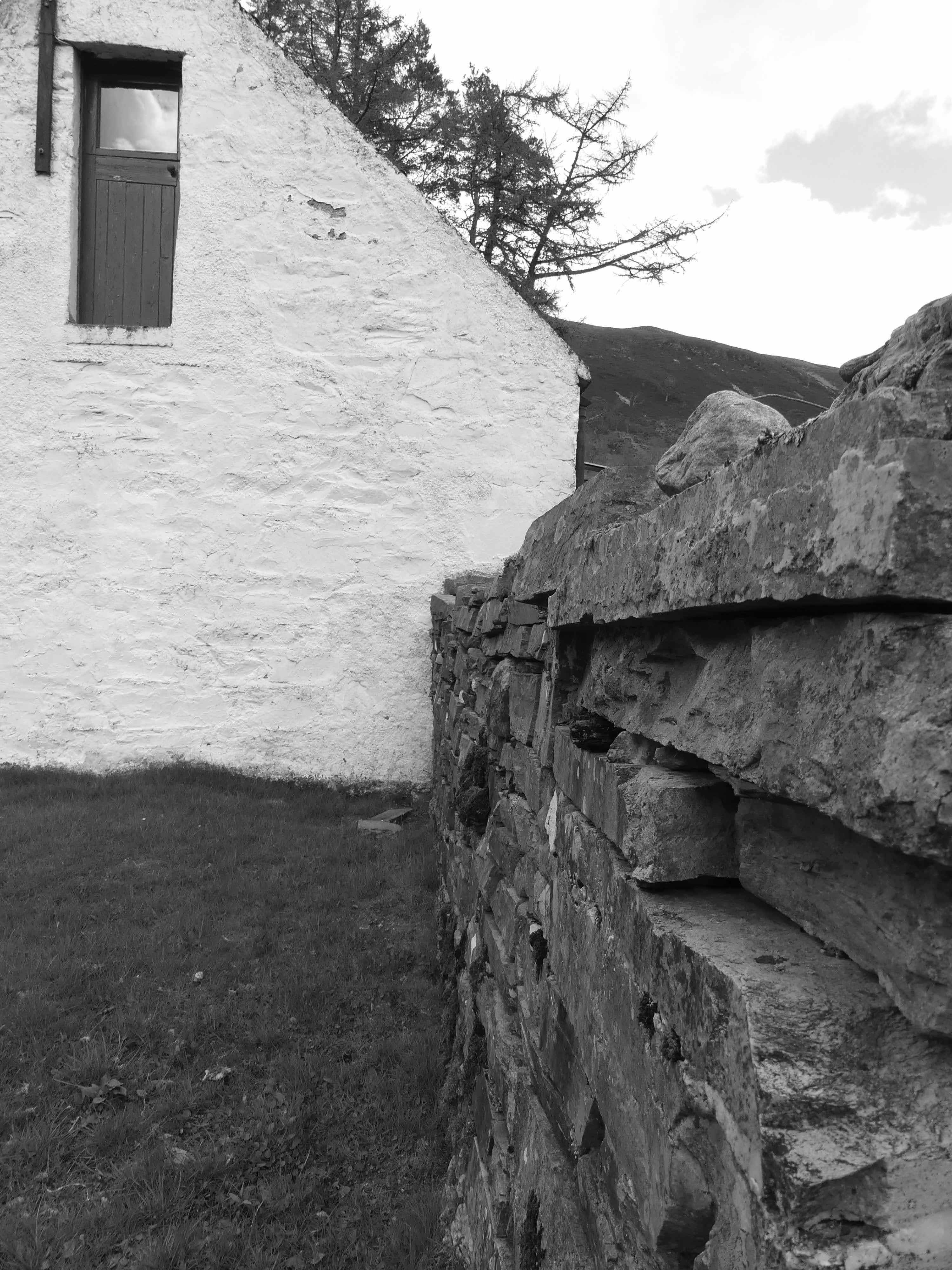 So I took some pictures around the house as we gathered for the next part of our non walking walk. The Scobie family enjoyed the company so much we were delayed by chatter and begged a ride to meet Scott  further up the glen (valley). 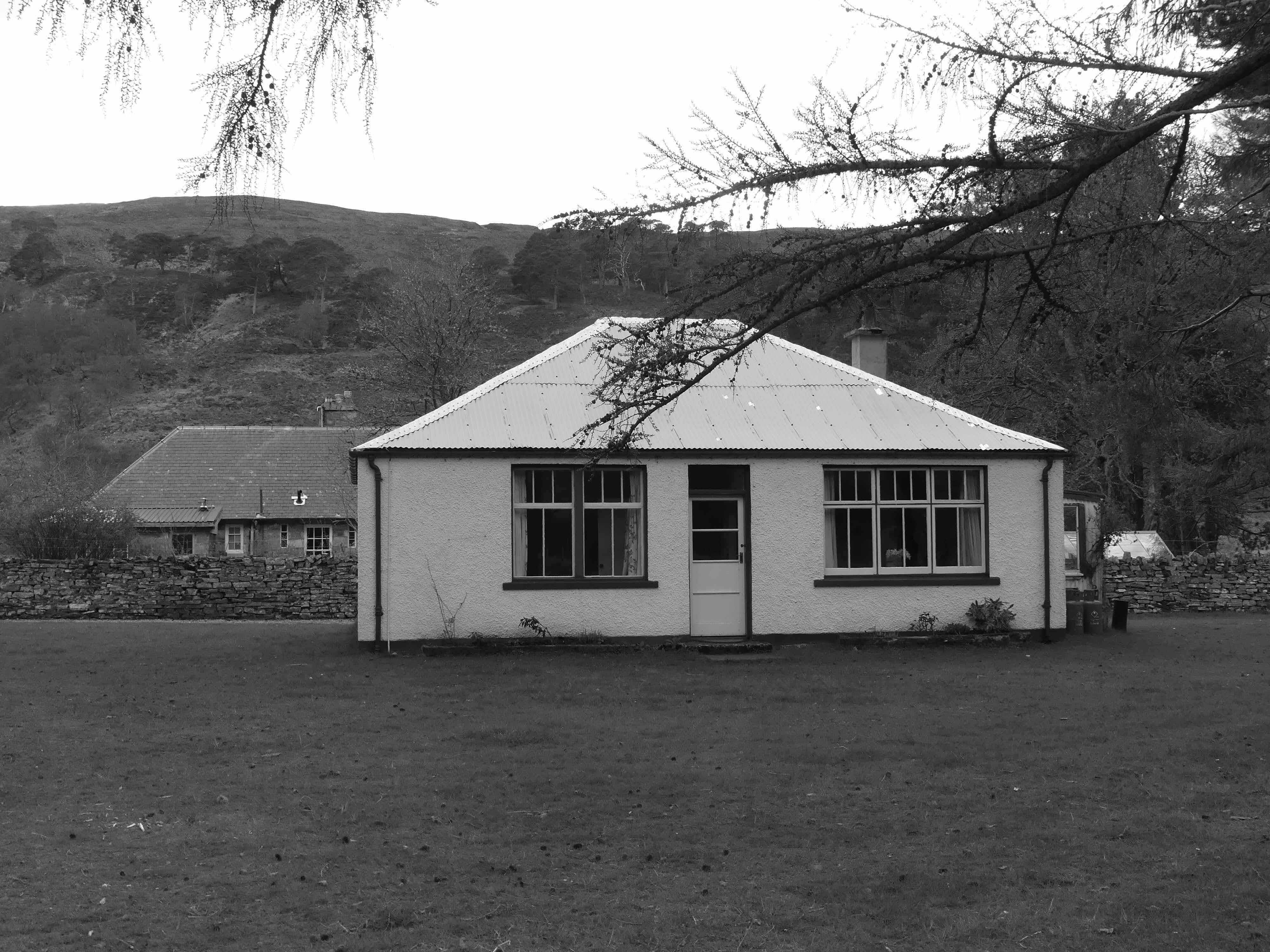 Guest house for rent if you like true Scottish isolation and if they have an opening for you. Look up East Rhidorroch Estate, Wester Ross, Scotland. 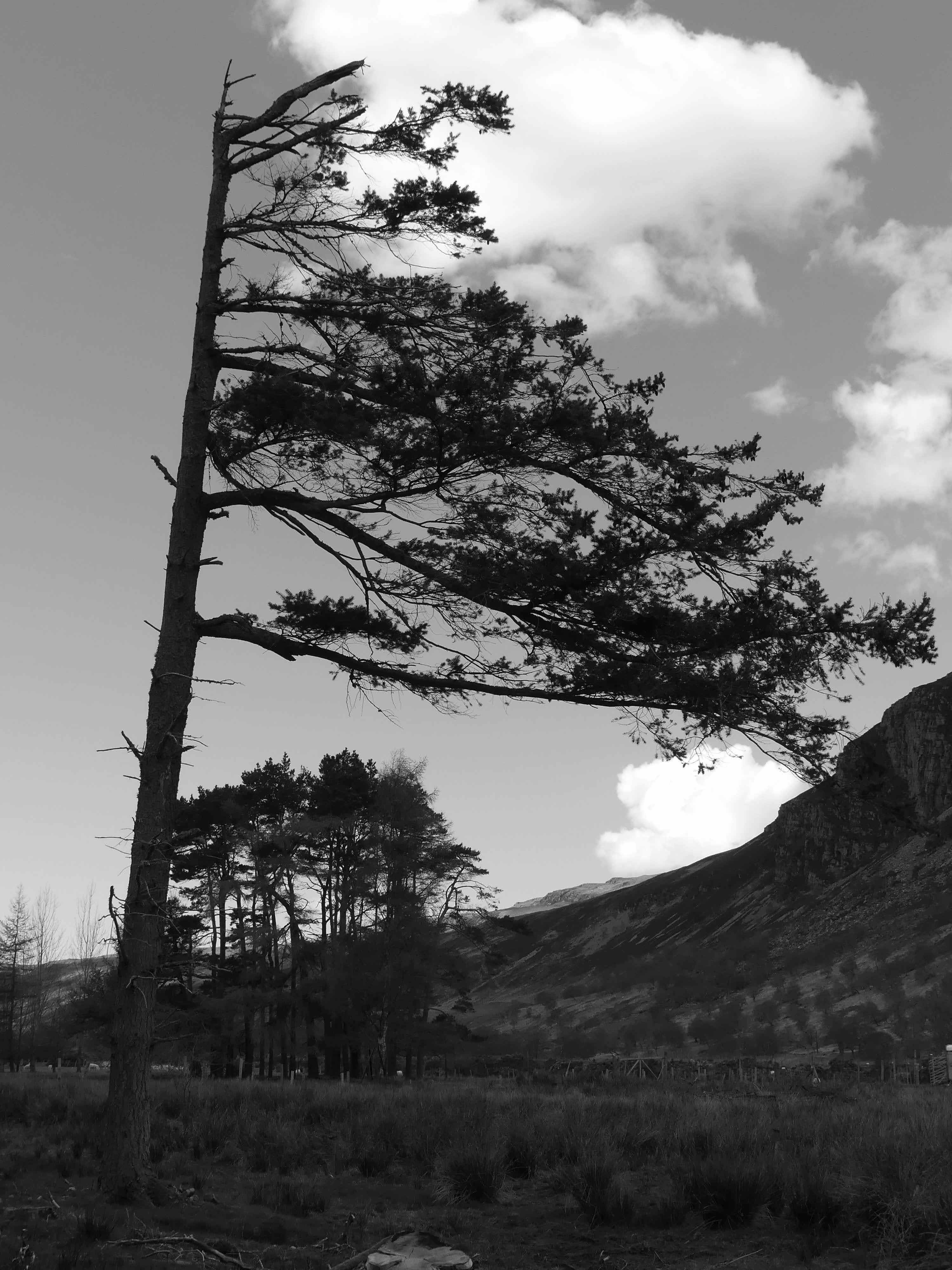 I could have spent all afternoon here but time was marching on. So we walked across the burn (creek) to the Land Rover which would take us to Rhidorroch Estate a few miles up the valley. First we had to cross the burn on a bridge. My wife would shit her pants on this wobbly thing: 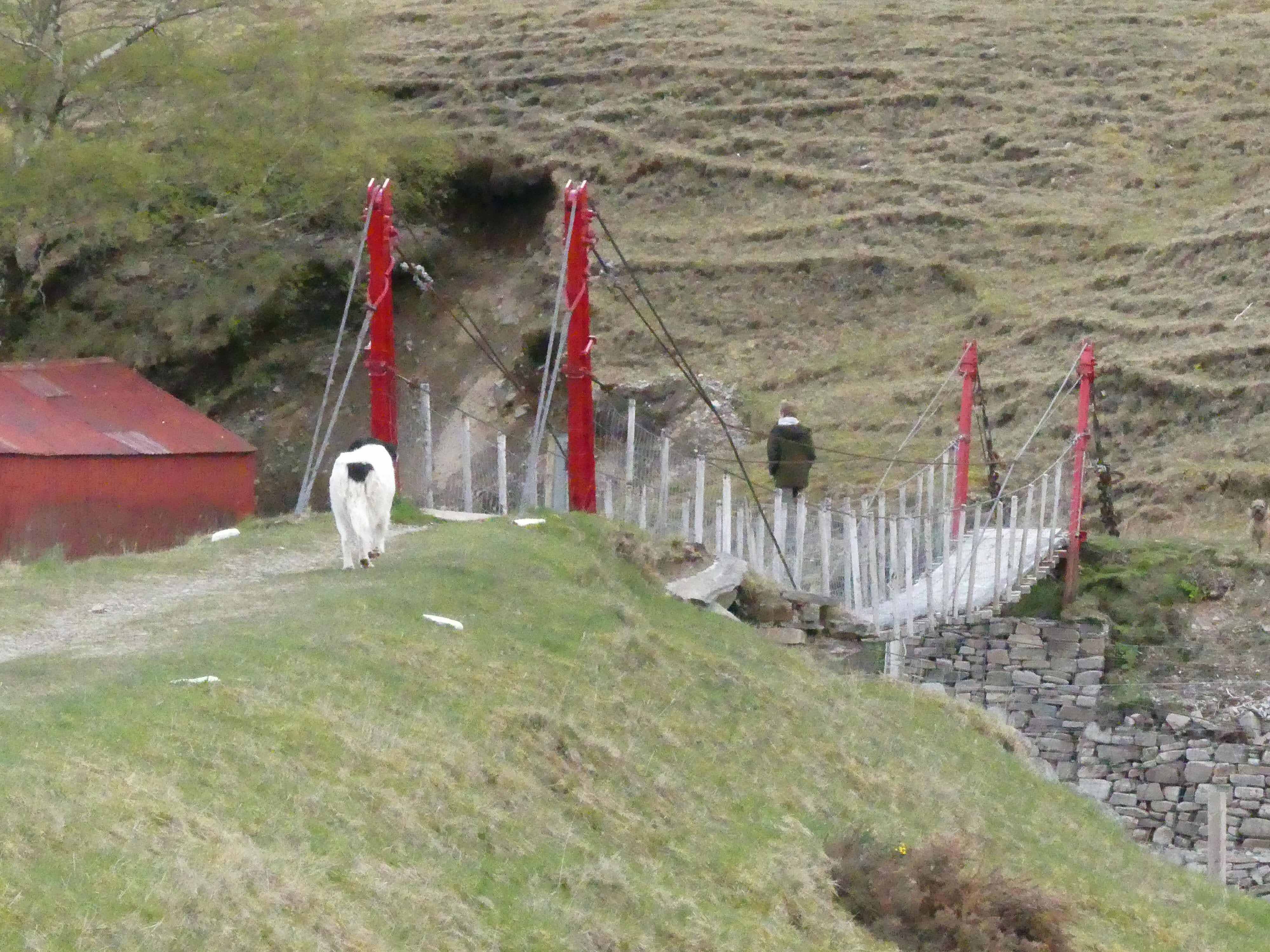 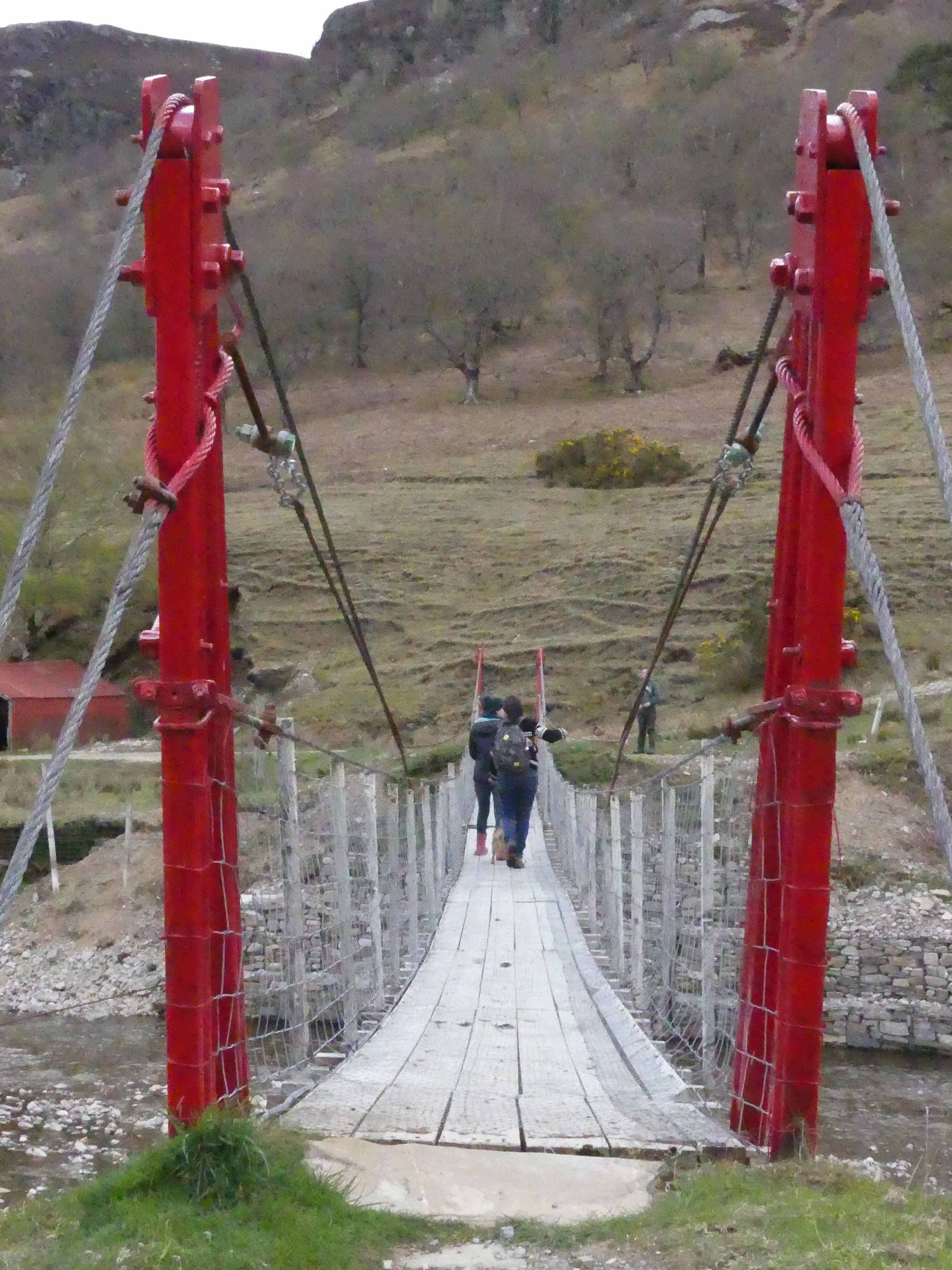 The car area is a walk away from the house. There is a river crossing but it can get too deep even for the Land  Rover so they keep their vehicles across the bridge in case of flash flooding. 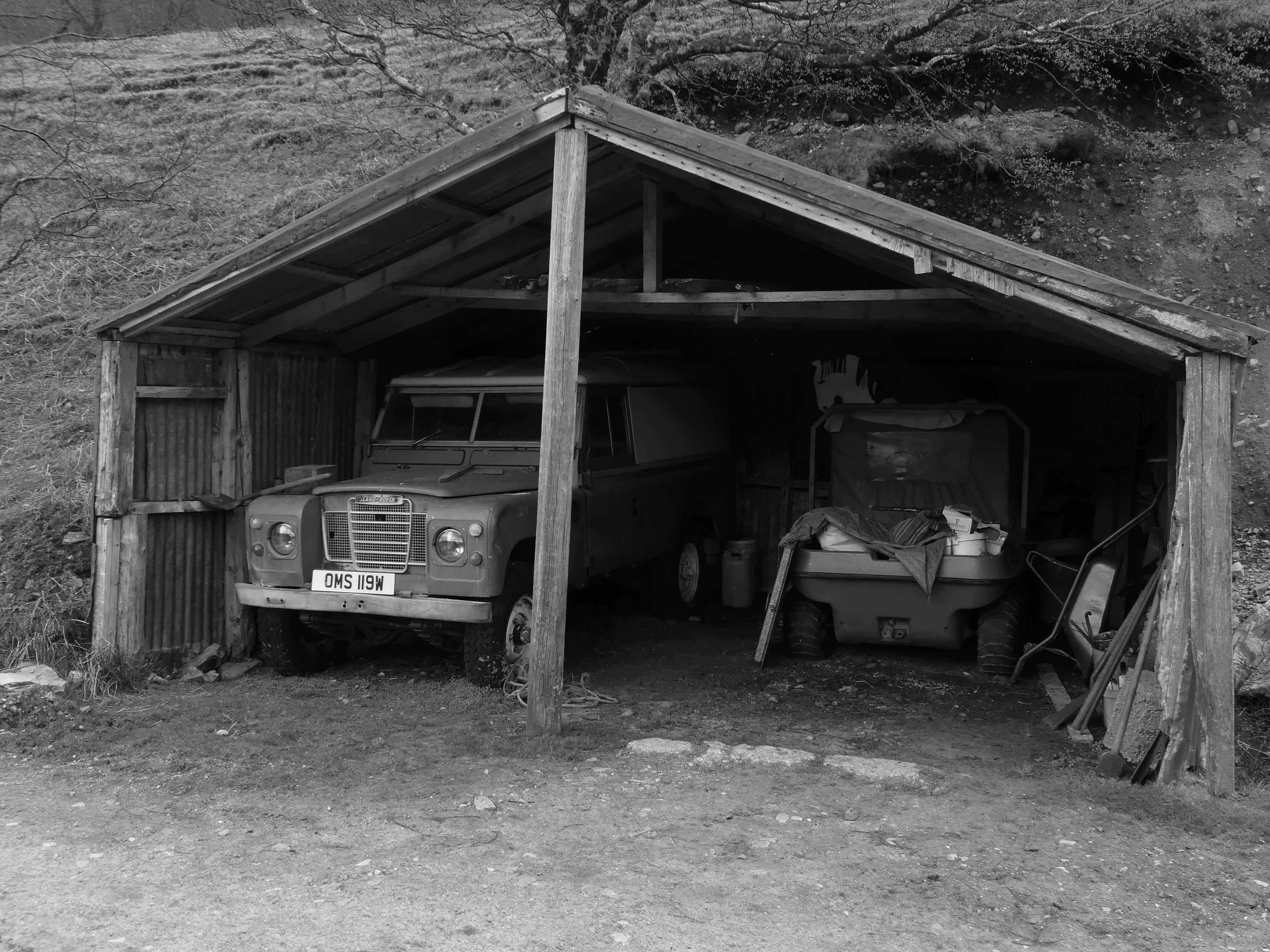 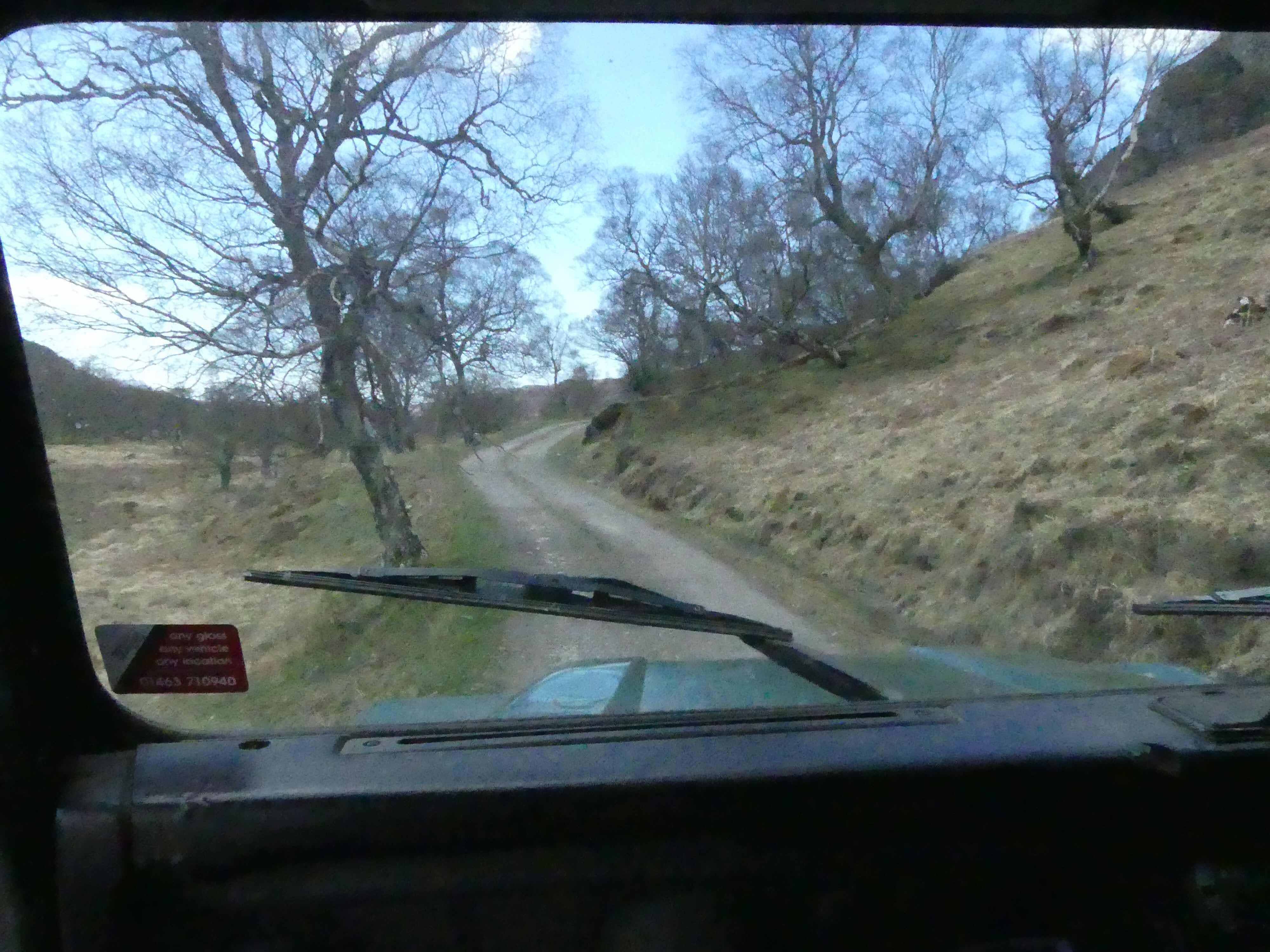 Iona told me a funny story about how the passenger door flew open once and her sister pushed her out. This is the eccentric branch of the Scobie family so I should not have been surprised but I noticed a steep drop off inches from the left wheel. I was riding shotgun as the honored guest so I had an excellent view of the peril from which I was separated only by an insecurely closed door. I took pictures to take my mind off it. 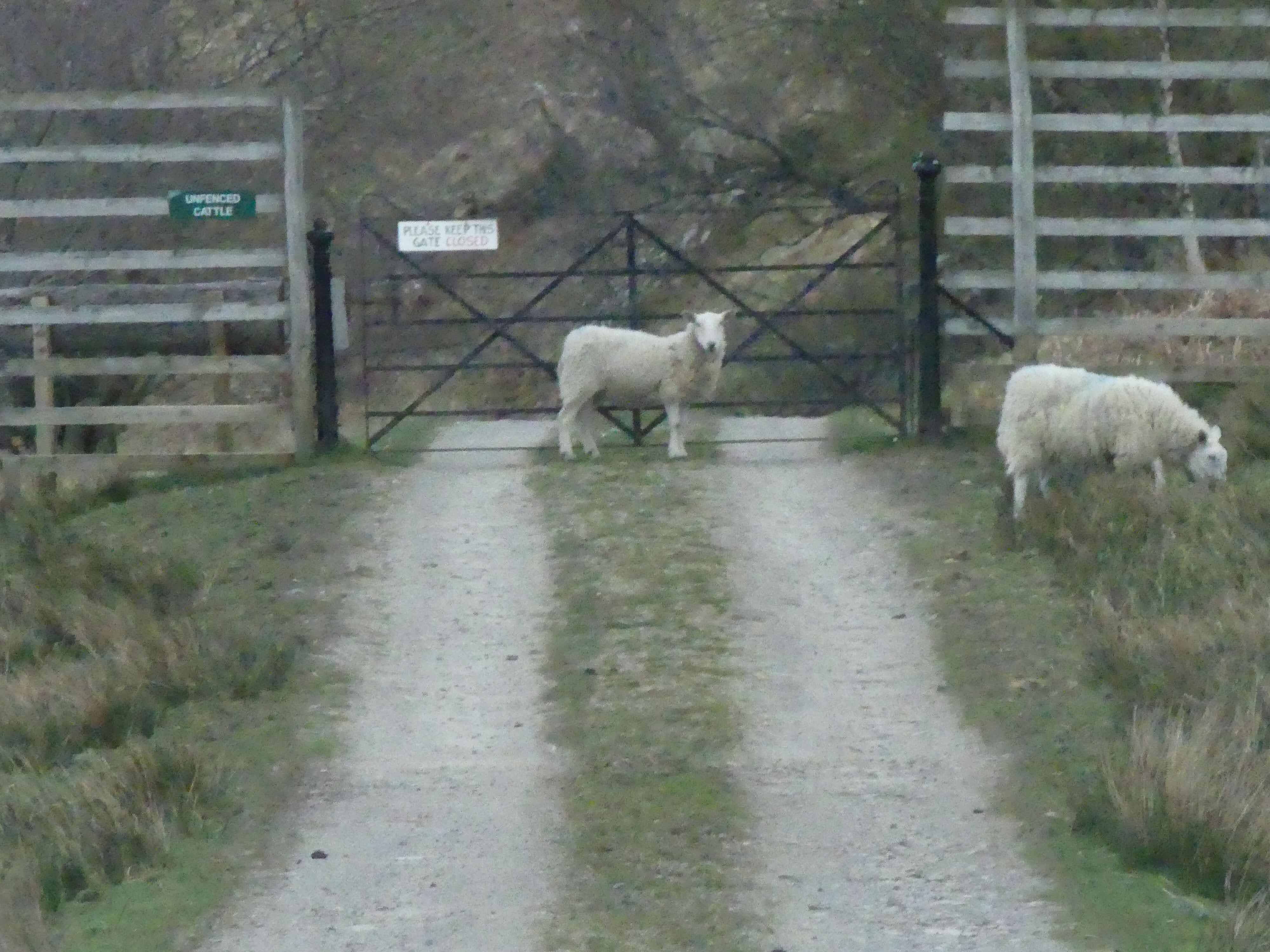 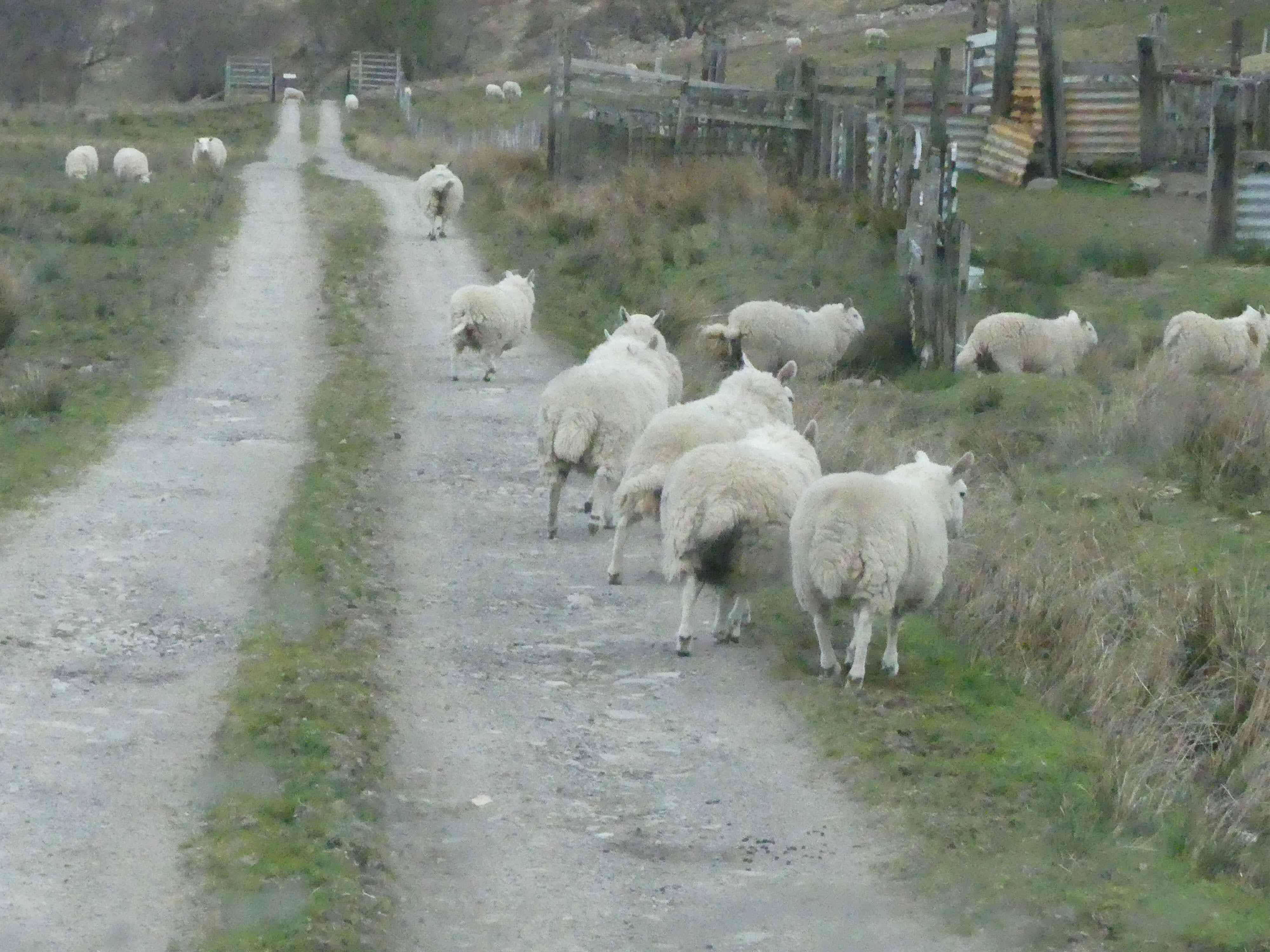 I hopped out at the gates to open and close them and when I say “hopped” it was more like an ungainly leap into the void as the Defender Land Rover is a true off road tank very high off the ground.  Not a yuppy SUV it is a proper work vehicle with no concessions to the human anatomy. Window handles are out of reach by your ankles, seats are planks and doors can get sloppy over time apparently.  Iona drove casually looking back to talk to my sister, one hand on the wheel, a heavy foot on the gas and hit every pothole unfailingly for three miles. Until we saw our cab across the peat bogs.  Scotty unfailingly patient: 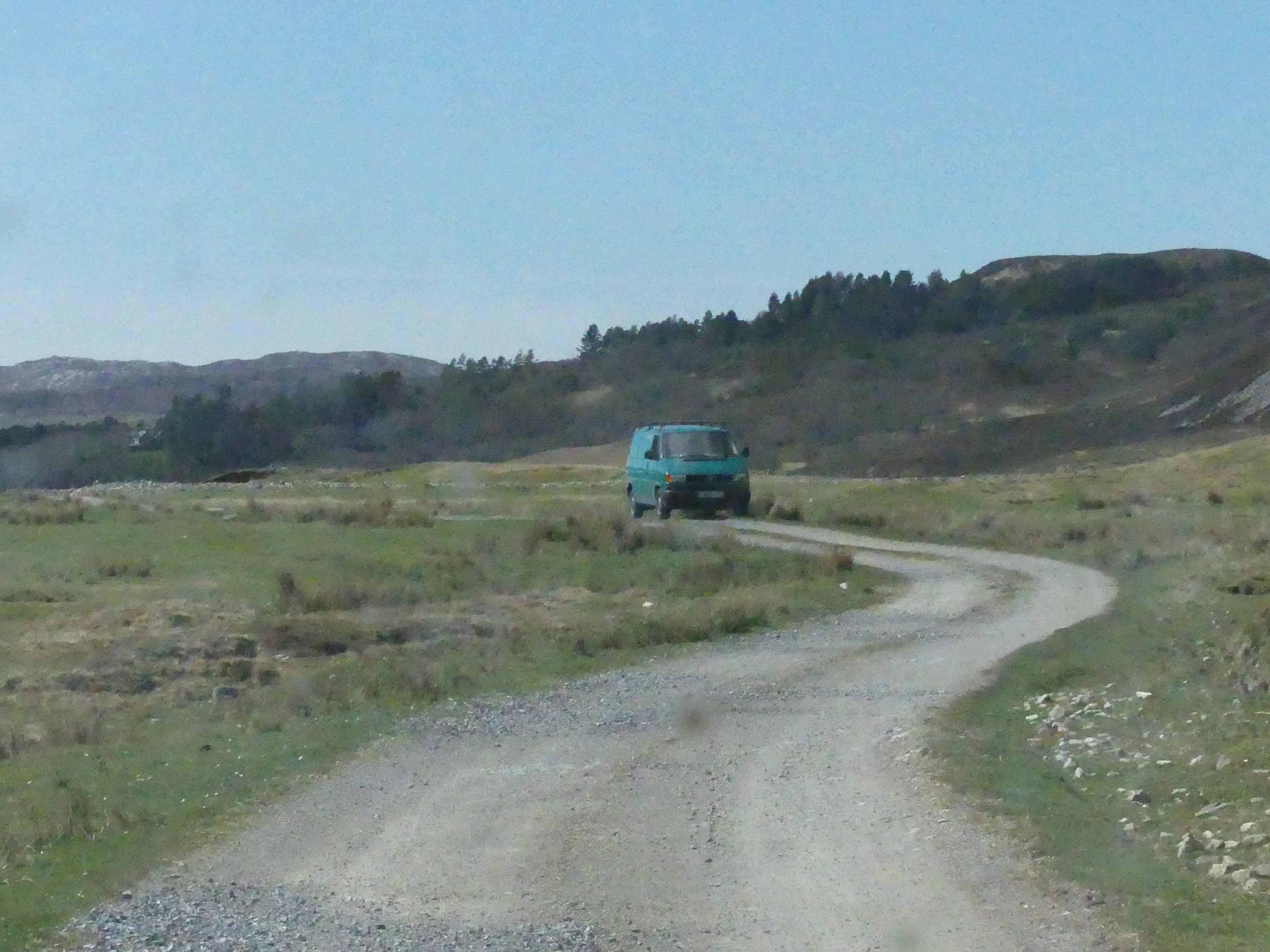 A fascinating day but then we were back in Ullapool for ice cream and a chat with Johnny my sister’s neighbor on the other side of her estate and a wild man of his own style: 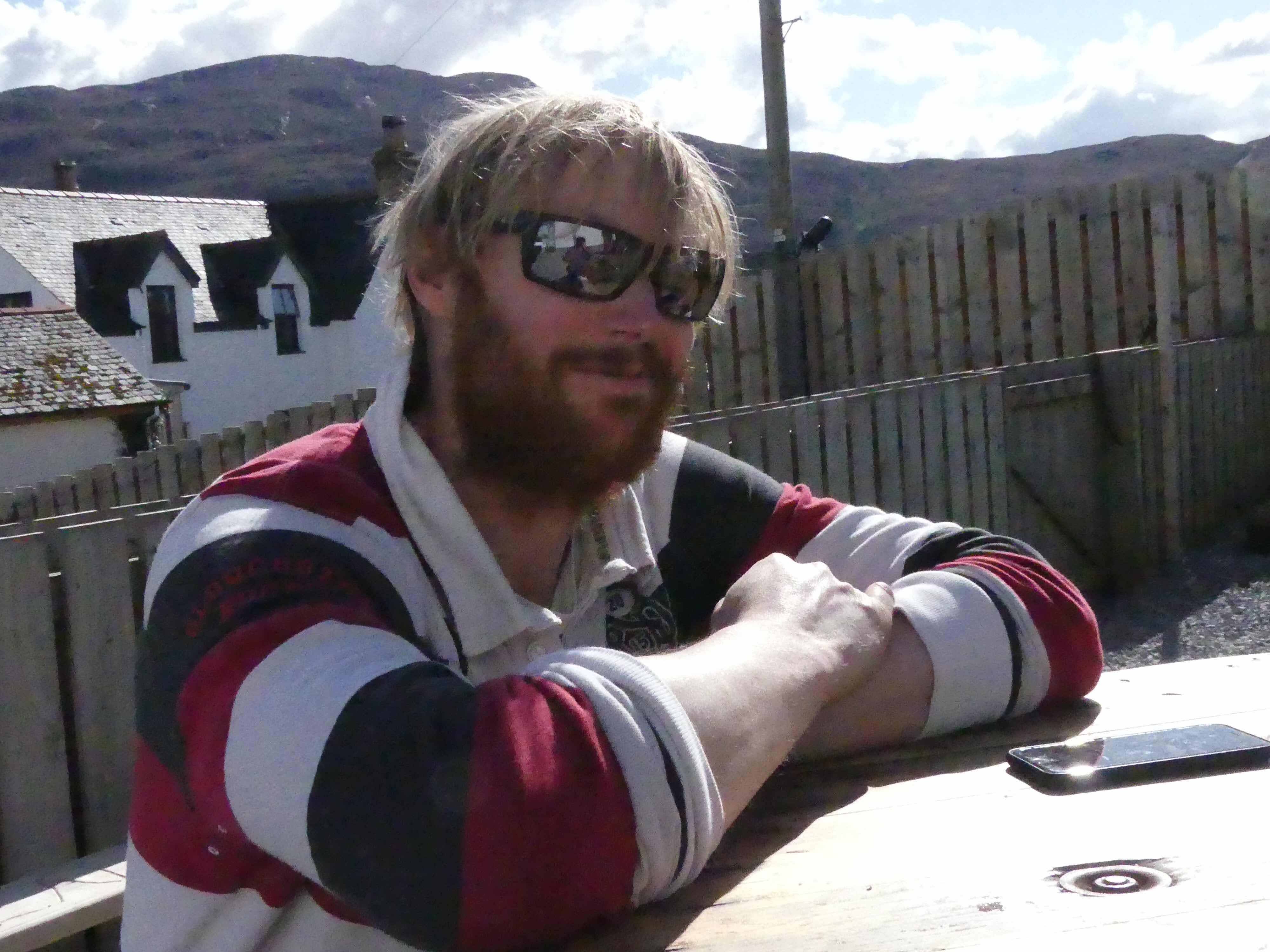 Johnny Whitteridge has promised us an outing today so we shall see what my last day at Leckmelm will bring. More sunshine at least I hope. 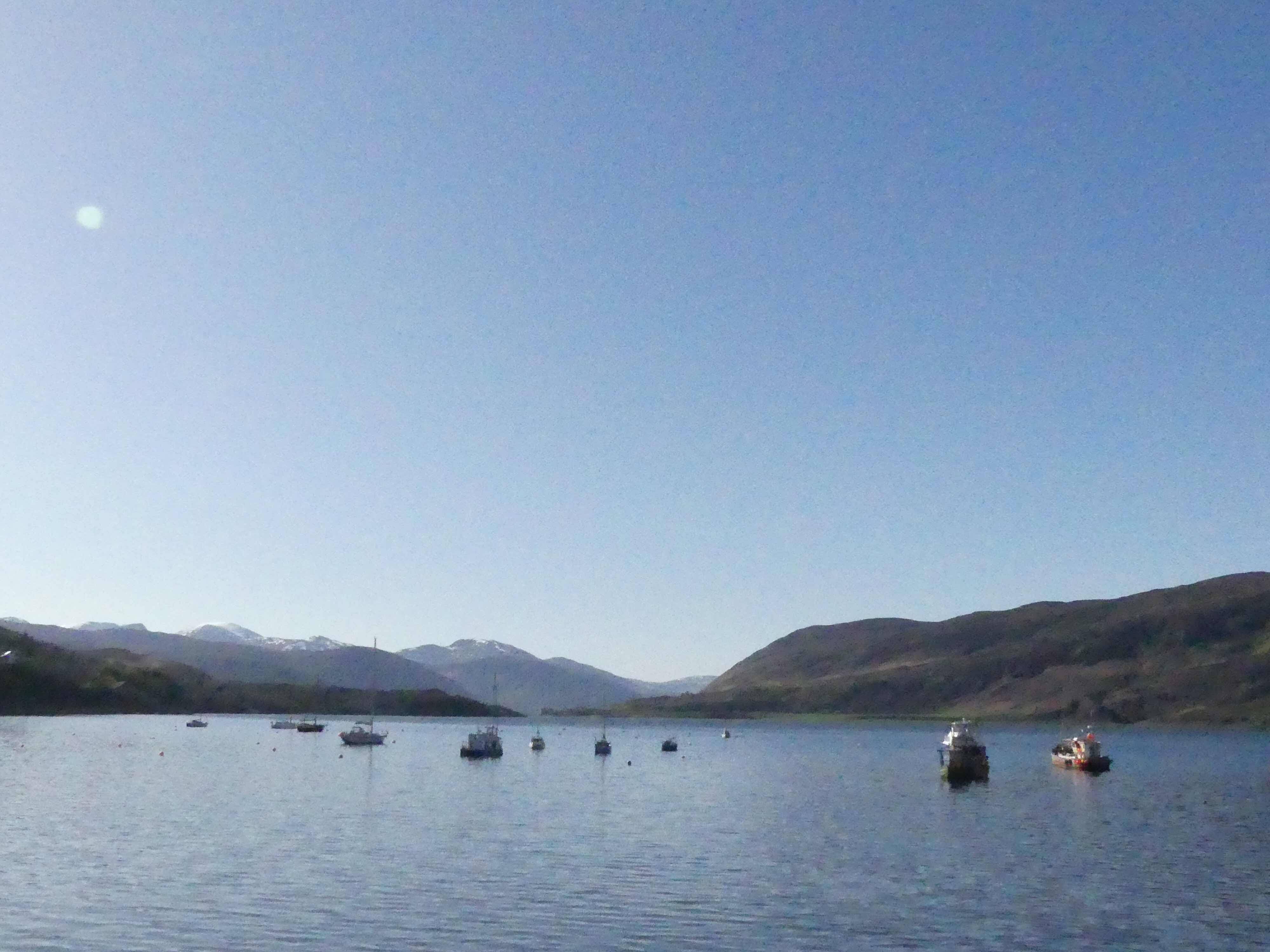 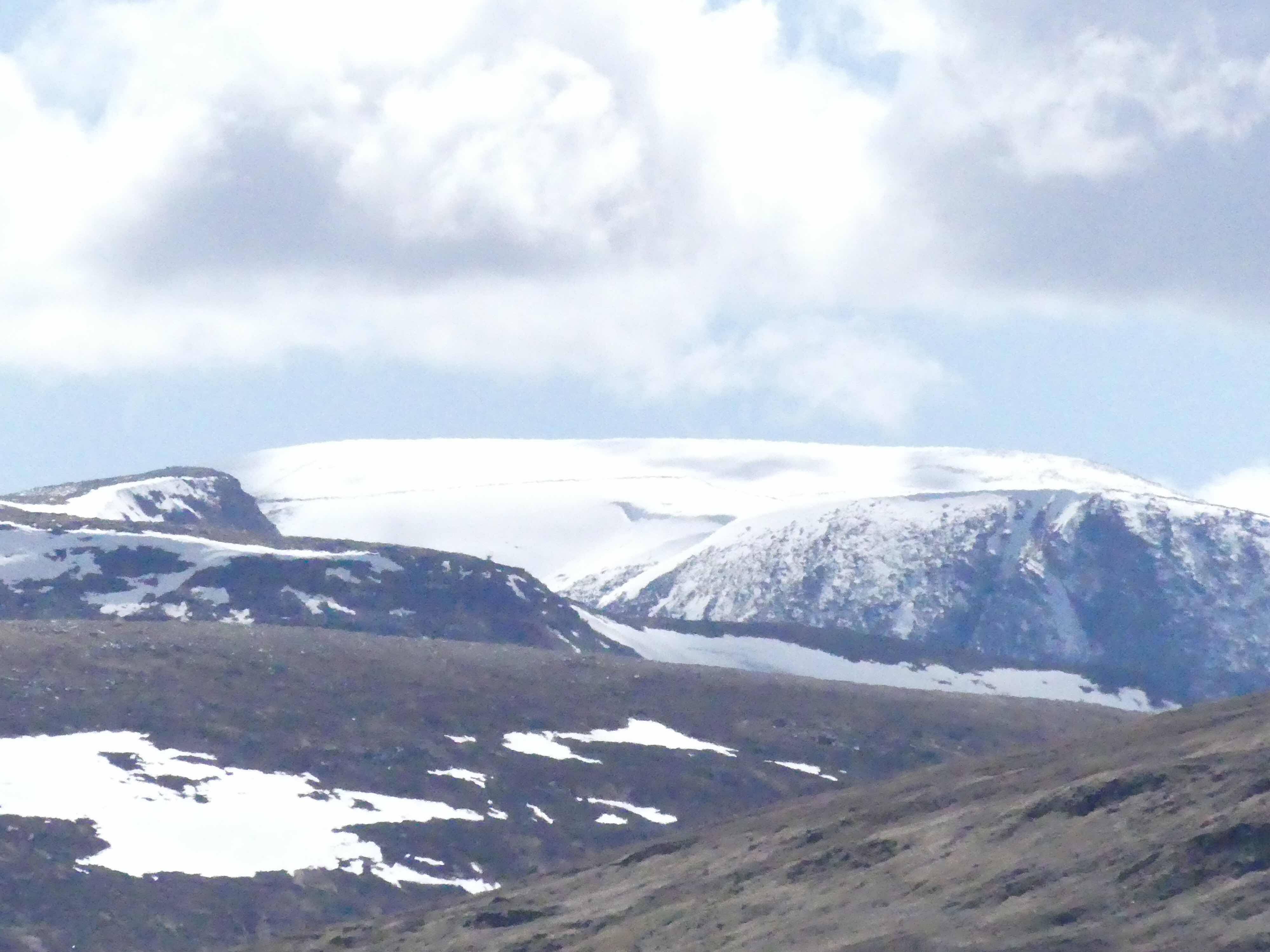 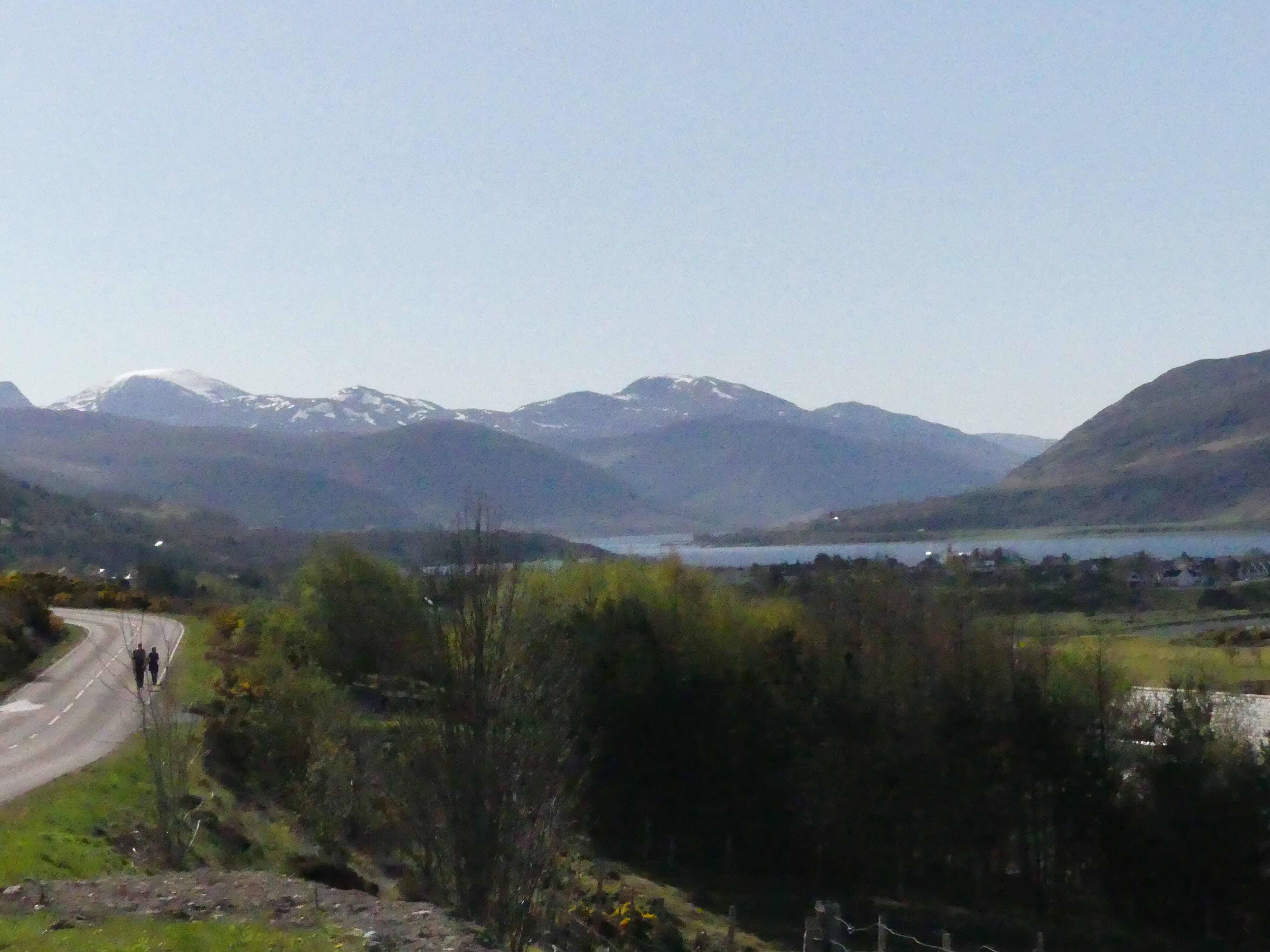 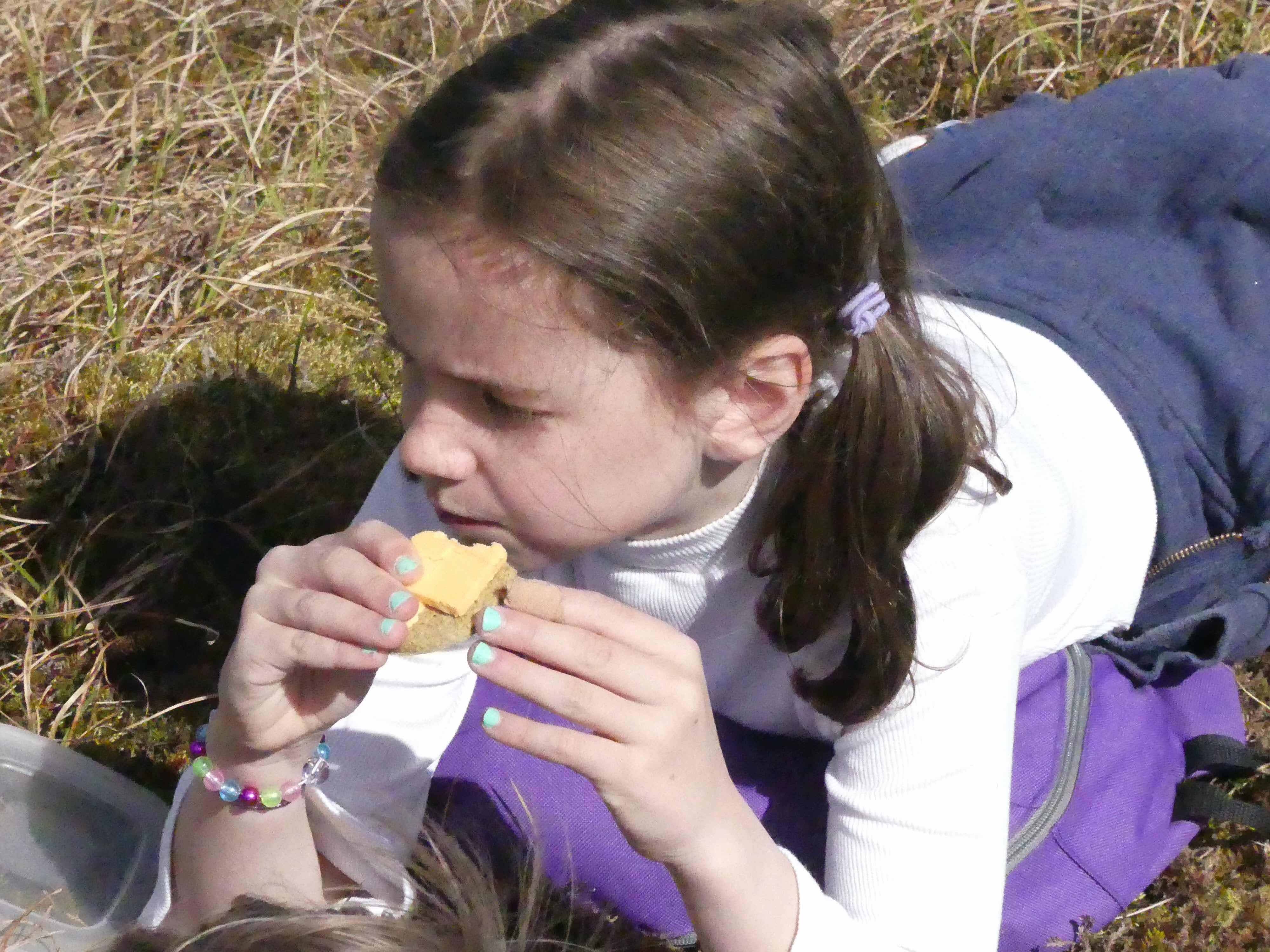 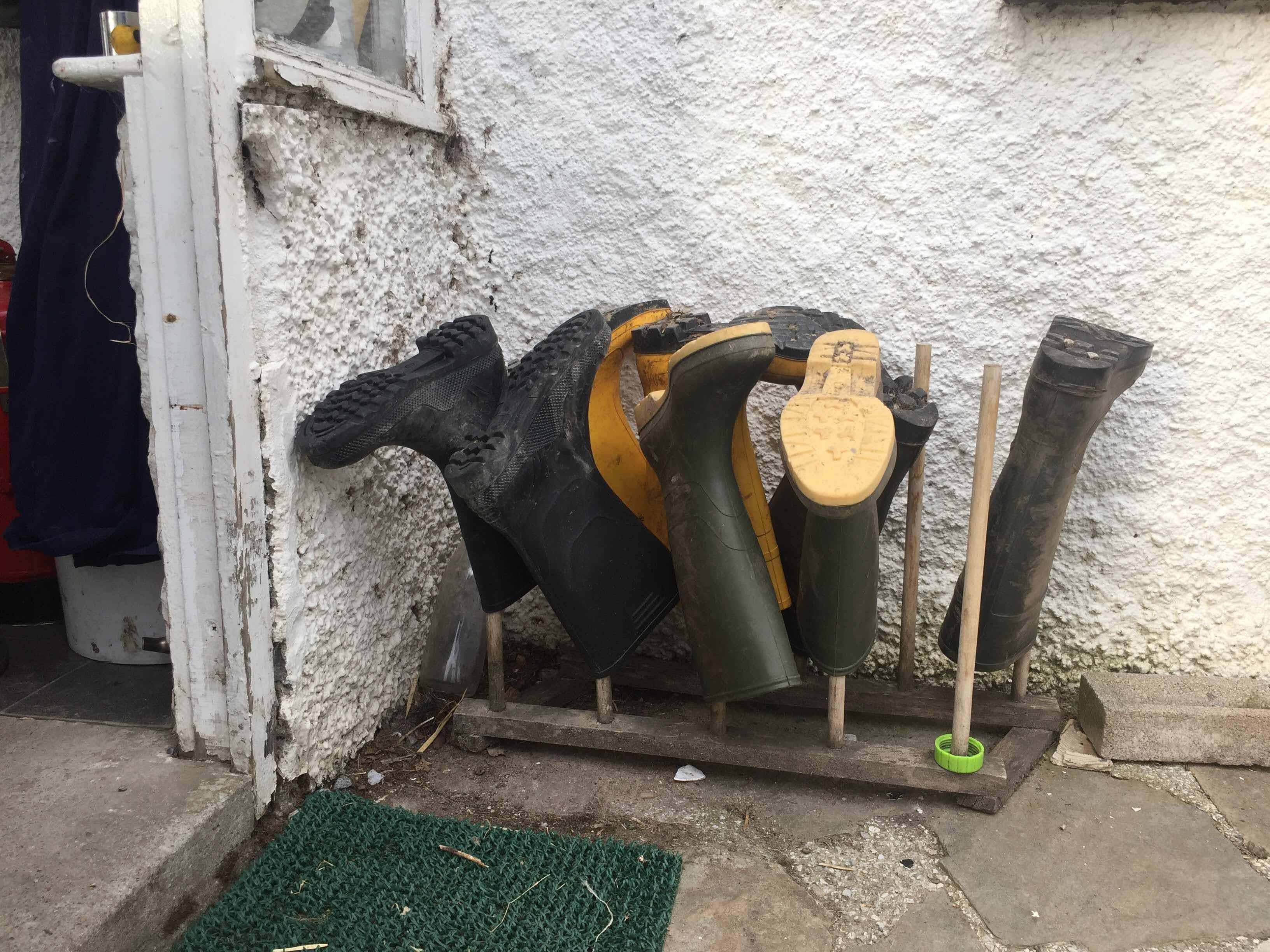 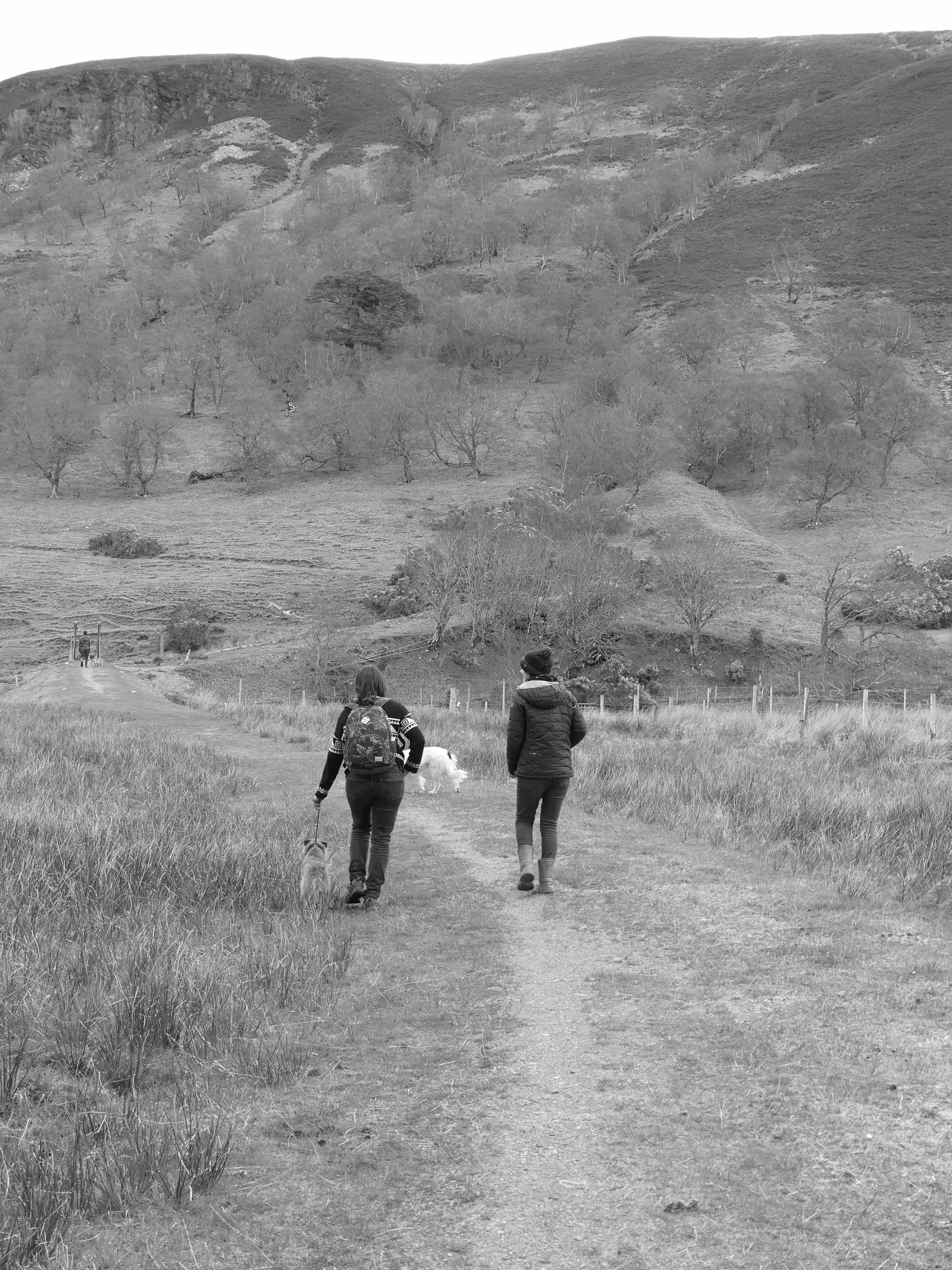 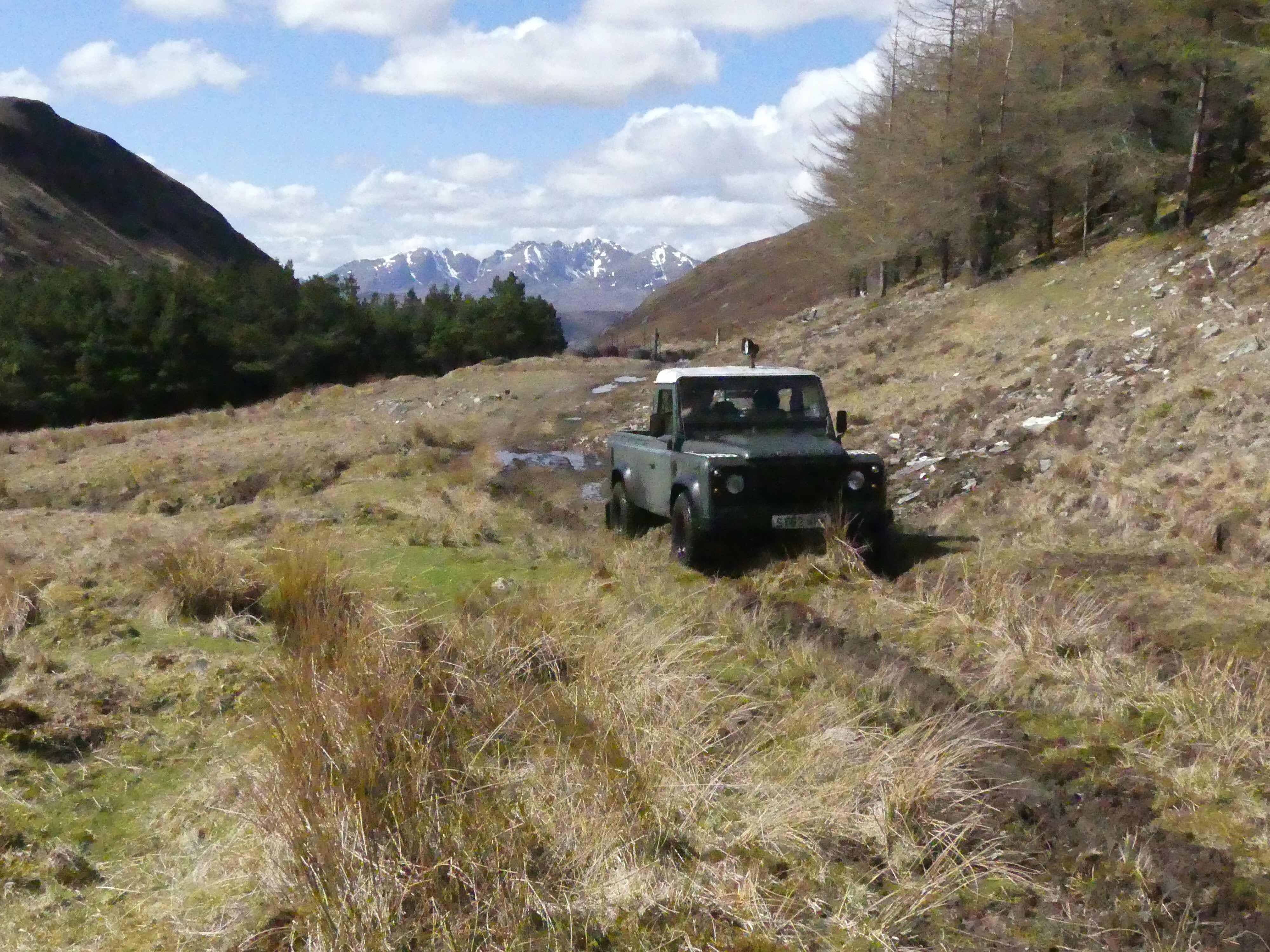 What a place.
Posted by Conchscooter at 3:00 AM 3 comments: