Death In The Pond

There is a development of townhomes alongside Eisenhower Drive that is massively landscaped. Part of the greenery consists of a retention pond of some sort, and it appears to be teeming with life. 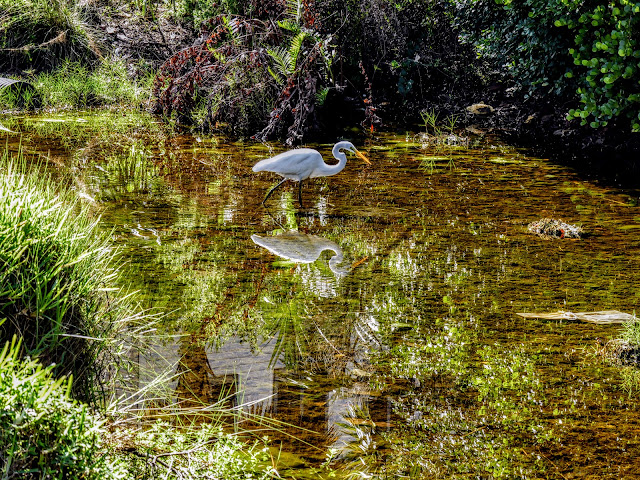 Rusty was sniffing but he wasn't putting the egret off it's mission which was to terminate something with extreme prejudice. 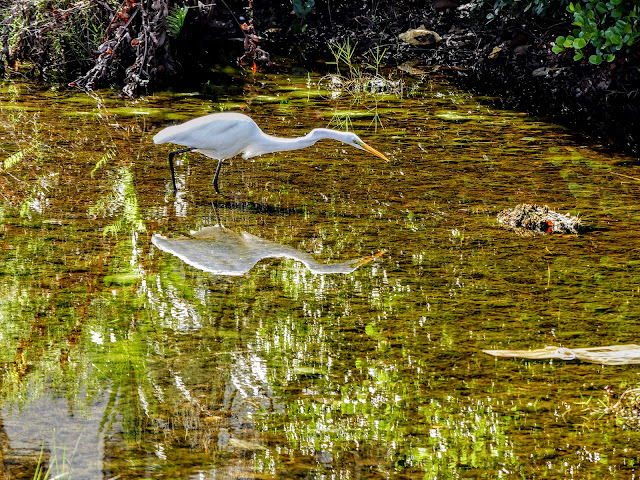 I just stood there an idle observer and I wonder when I reach the Pearly Gates and I am asked what I did when I observed injustice and I reply that Nature had to take it's course, that the answer will be good enough.  While lunch struggled to live in the bird's gullet Rusty and I ambled on as though nothing had happened. 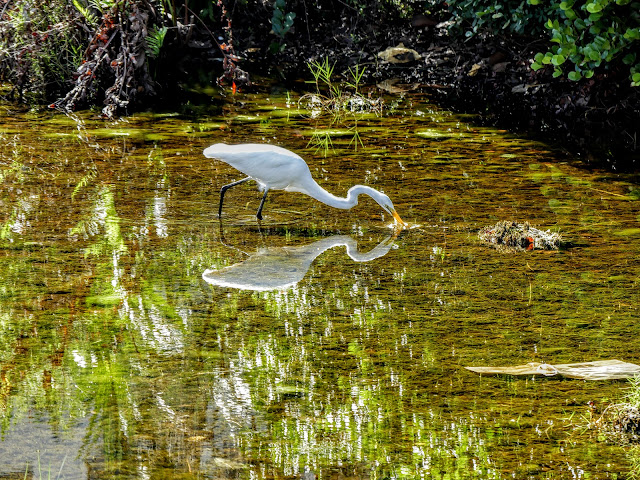 I don't know if you have seen the photo of the starving polar bear, a photo propagated by National Geographic, but I cannot get the image out of my mind. The photographer did nothing and the easy answer to my feelings of helplessness and frustration are that nature takes it's course. Climate change will bring us more such horrors but standing idly by makes me queasy. Like the man throwing starfish back into the ocean on a tidal beach we can't make a difference for screwed up wilderness situations but still... 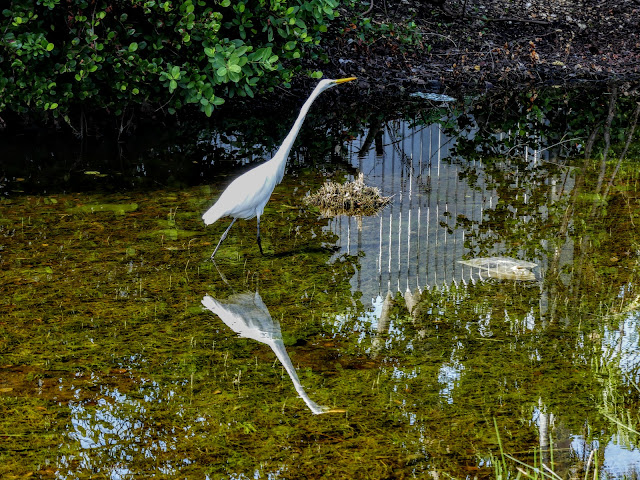 I distracted myself by wondering why we needed to beware the dog. It's people who make me feel much more inclined to be wary.... 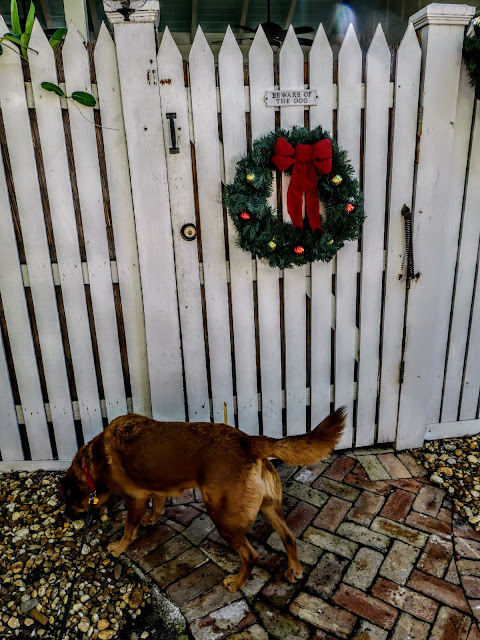 Such ruminations don't impress Rusty.
Posted by Conchscooter at 12:00 AM No comments: Links to this post