Key West's blue laws have been repealed me so nowadays you can buy alcohol seven mornings a week at seven o'clock if you want to. The ban on Sunday morning sales was lifted after sustained protests that it was anachronistic to ban alcohol only for people lacking the means to drive five miles to buy a bottle on Stock Island. That such desperate behavior might be construed as signals of a potential problem went without saying. The problem was not being able to buy alcohol in a city dedicated to that proposition. 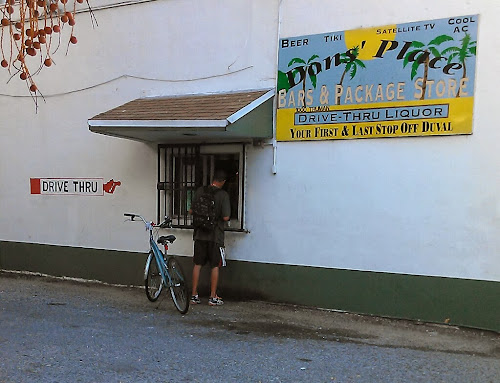 There is but a short time now before winter sets in Up North, and out of the snow drifts and iced in airports will come crowds of frozen people. It's another season like red leaves or icicles and it wouldn't be Key West if there weren't crowds of them shuffling up and down sidewalks whenever the temperature drops below 70. 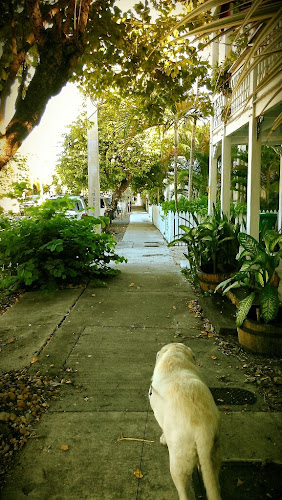 My strategy is to adapt to circumstances, downtown when it's empty and hot in summer and in the back country when it's cool and pleasant in winter. Fall is the time to stock up on Cuban coffee without having to stand in line at the coffee shop as one does in winter. People think my job answering phones at the police department is tough, but I can't imagine standing all day selling strangers cups of coffee, but luckily some people think it is a fine way to earn a living doing it and they aren't allowed to behave as though they don't like people. 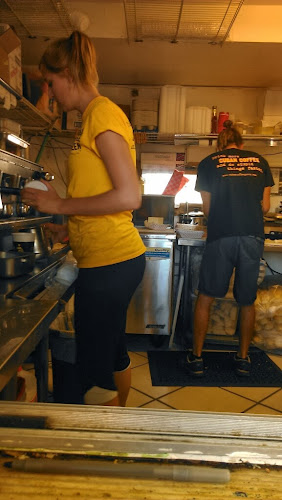 Cuban Coffee Queen has made a go of it and I find it surprising honestly, they have almost no seating, shoved to one side of a large empty lot on a town overflowing with coffee shops. I have absolutely no idea what makes a business work or not. Location and low overhead maybe, but lack of amenity has nothing to do with whether or not a business succeeds. 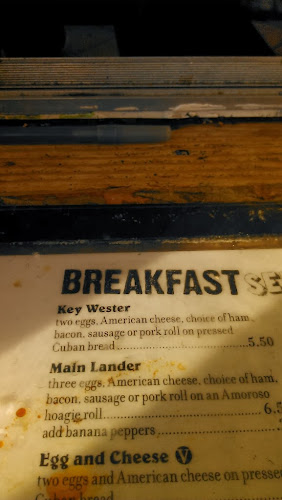 They make a decent sandwich at Cuban a Coffee Queen, though for me the difference between a Key West breakfast and a mainland breakfast might be fish versus meat. I like fish for breakfast but it's hard to find a nice plate of eggs and fish to start the day. What Cheyenne found in the picture below, doesn't bear thinking about but it was very very interesting to my dog. I hate seeing people drag their dogs away from interesting smells, it's like tearing the book out of your hand before you've finished the story. I think Cheyenne goes home more relaxed when she sets the pace for the walk, and has time to read all the interesting stories along the way. 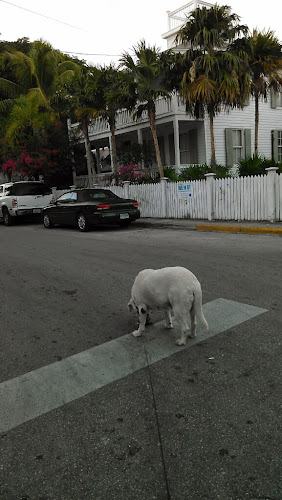 I was reflecting on my meeting with Bohemian George and I wonder how he wil cope this winter in Prague, snowed in in Bohemia. I imagine wood lined beer cellars brightly lighted and everyone drinking tall mugs of golden Budweiser, which as I recall from my visit to Czech some 15 years ago tasted as beer should, not like the gnat's piss sold by the Belgians in the US. Then I imagine George stepping out into a Kafka stereotype world of shadows and snow and cold piercing wind, and I wonder why he does it when he has a perfectly nice house in Old Town. 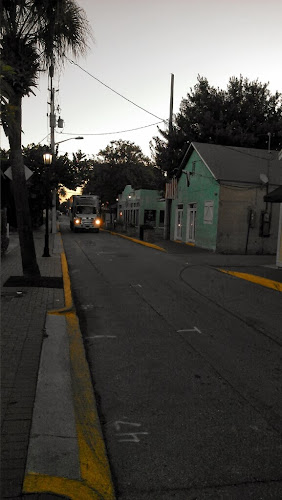 Petronia Street is an interesting stretch of road through Bahama Village. It's narrow and lacks parking and all amenity for visitors. Yet it boasts several successful restaurants, some well known, the crepe place and Blue Heaven as well as a newly relocated Salsa Loca eatery. And others less well known, but a mean omelette place nevertheless: 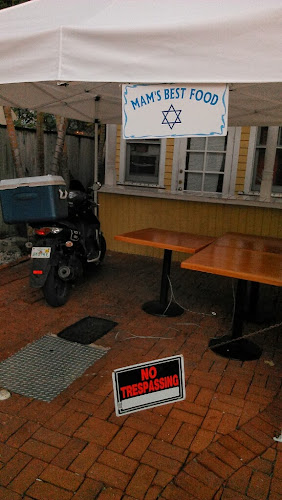 Are you ready? Checking the billboard I wonder why these people feel they have to inspire fear all the time. I wish St Paul had left a few letters that inspired perhaps a little less misogyny and a little less fear. Fear of the dark makes people act very odd. 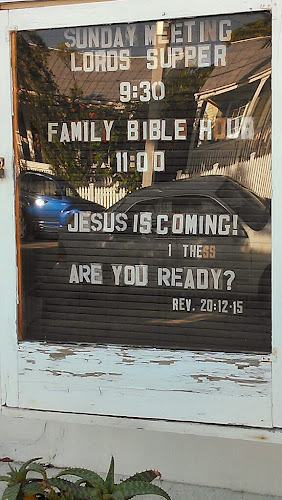 Then of course there are the day to day irritations of being human. I wonder if the hereafter is silent? Is that possible? 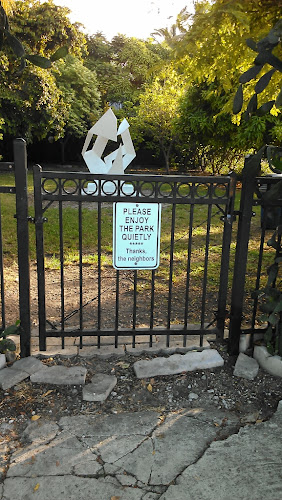 This mural inspired thoughts of eternity in me, which goes to show how off kilter my mind is. The living parrots in full color and the shadows as shades. One always seem to revert to the idea that any after life most likely has a nasty component to it. Are you ready? Me? Not bloody likely, there's plenty to worry about in this life never mind the next. 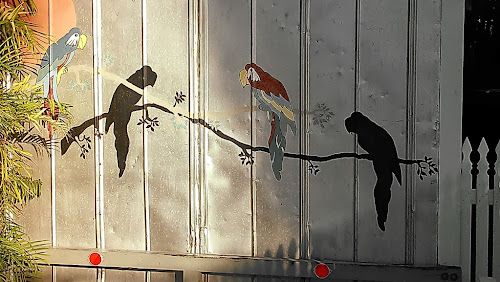 I took this next picture of Ashe Street at Olivia just because I liked how it looked. No deep thoughts. 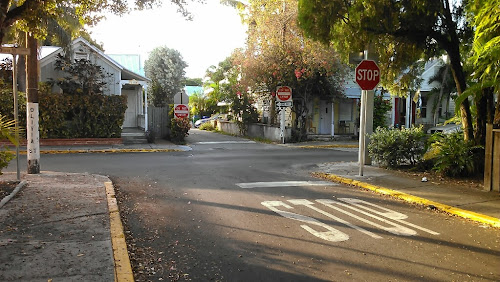 And I keep bumping into these things. This one was getting worked about about pruning? 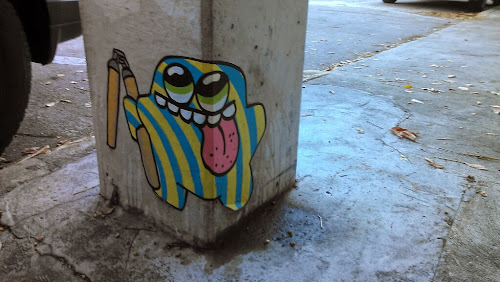 Key West is great place to sit and think. Sometimes just to sit.