Decades ago the Base Closure and Realignment Commission decreed 33 acres of land owned by the Navy were surplus and very kindly they offered to give it to the city. Great gift was it not. Yes well except that threw the city into a total head spin. What to do with a massive, relatively speaking, gift of land. 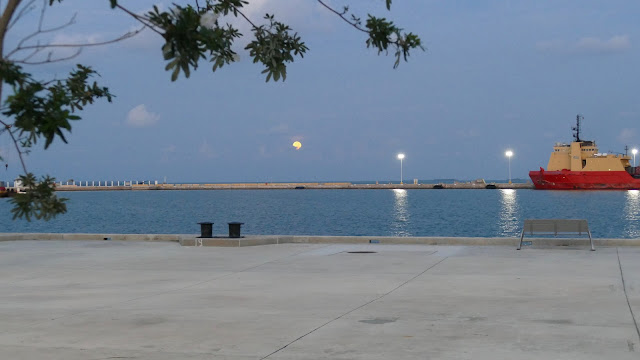 Time passed the answer to the vexing conundrum was to do nothing at all and I fell into the trap of really enjoying the land that was surplus to everybody's requirements. It was scruffy and unwanted and unused. I visited often and enjoyed the open space. 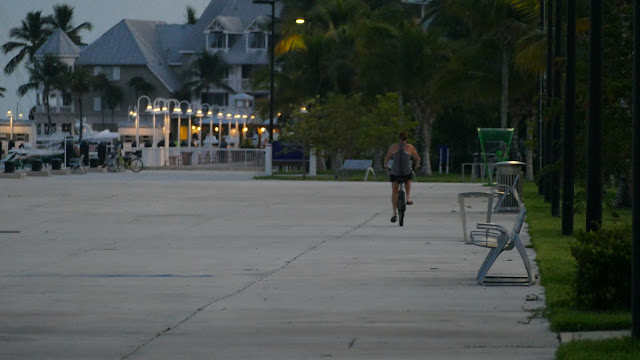 Finally plans were made and actions were planned and I figured that was that, no more open space to be enjoyed as marinas and facilities and expansions and all sorts of projects sprang into the minds of the planners. 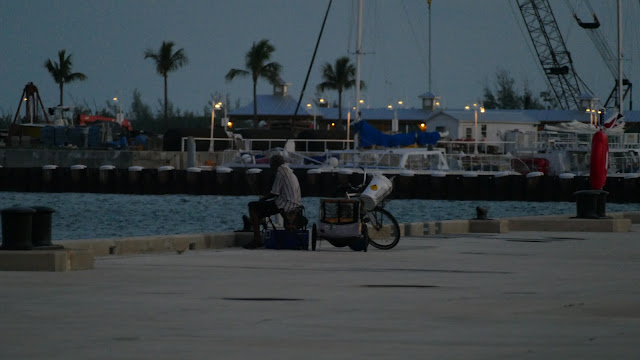 When it became obvious there were severe restrictions on public-private partnership possibilities all the money making land grabbing schemes faded away. Once again the US Navy, and in an odd way Al Qaeda came to the rescue. Imagine that. 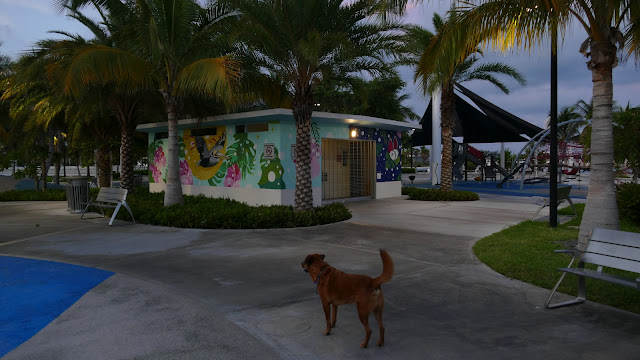 The Navy told the city in no uncertain terms the Navy Basin which was not deeded to the city in the land transfer was and still is a critical cog in the defense of this nation. In an era of mindless terrorism of the worst sort as we have seen, the Navy was not going to allow pleasure boaters to drift in and out of a city marina in their private and personal waters. That cement arm in the picture below shows the western edge of the Navy Basin and in a sense of the continental United States. 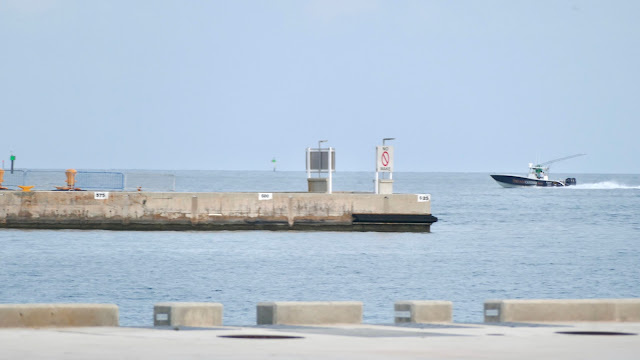 At that point all the eager developers hoping to make some money on the back of the city's land faded away and the reality that there was no cash cow to be milked at public expense became obvious. And that is why we have a commercial free open space to enjoy today. No restaurant, no marina no sports complexes, just glorious open space managed by city employees. 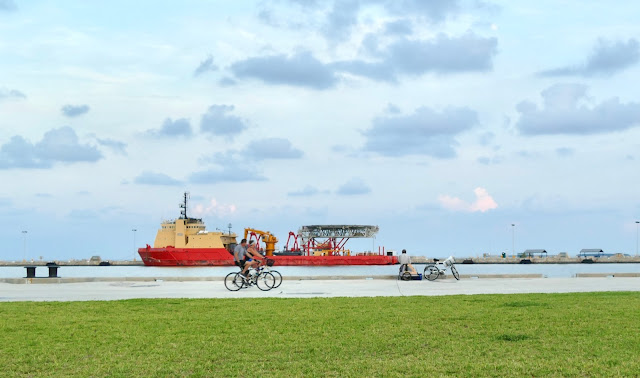 Just beyond the fence the homes built to populate Truman Annex loom over the grass. 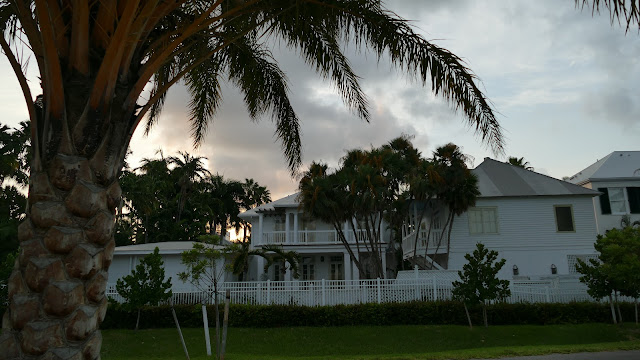 It's quite nice isn't it? 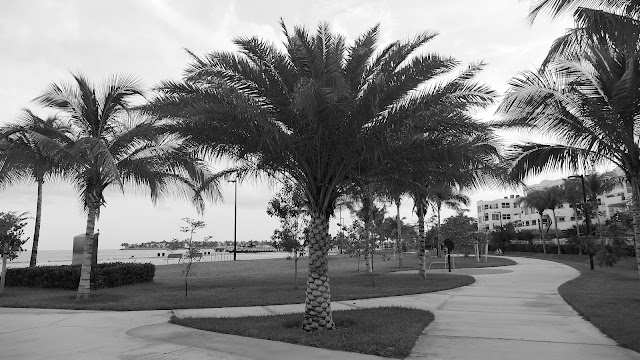 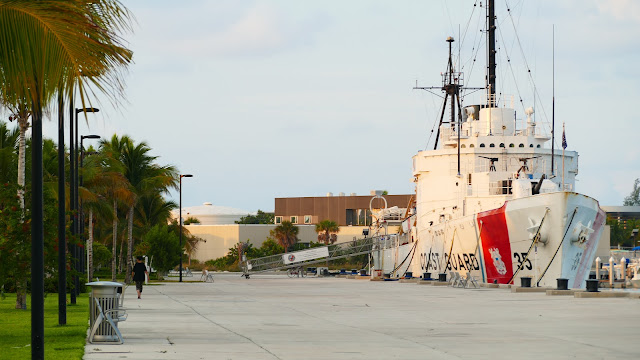 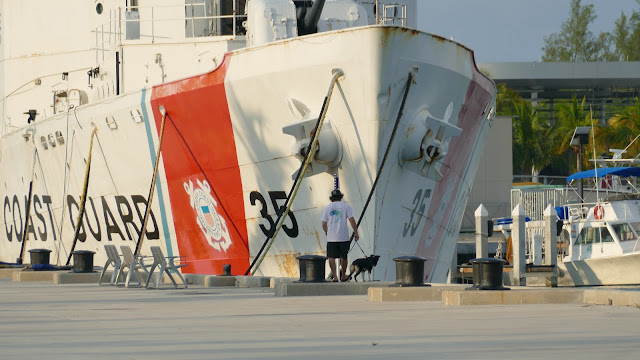 They have also put in a circuit of exercise stations including this mysterious apparatus that looks like a  1950s  French toilet. Put your feet in the holders and squat. Very weird. 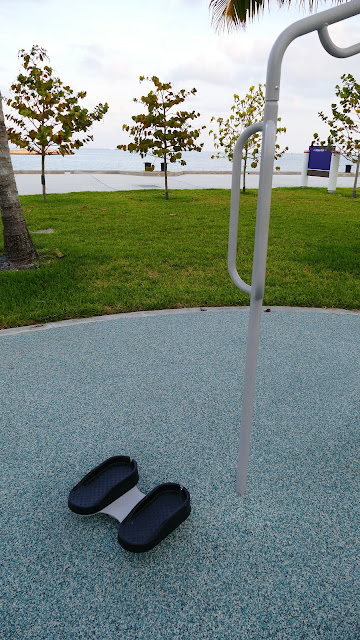 Actually you do twist motions according to the helpful signage: 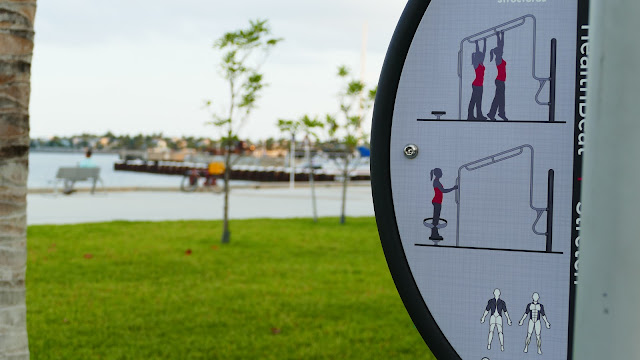 Check out the handicap spot next to the bench. I liked that and never knew it was there when I was in a wheelchair. Which is probably just as well considering how far my wife would have to push me to get here. 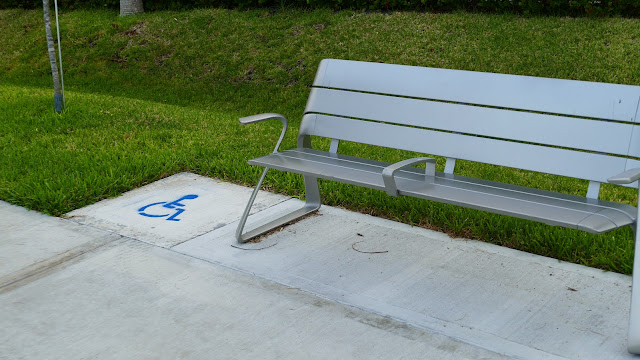 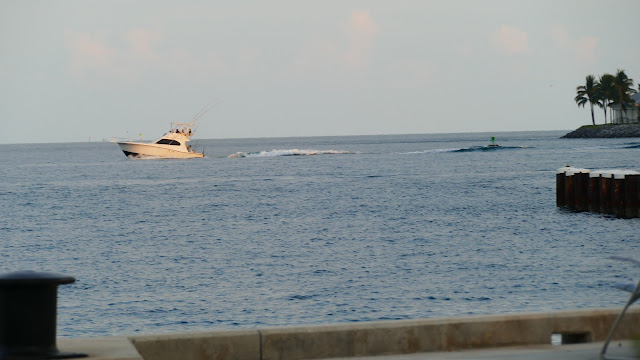 A fine place to contemplate and not a bad spot t take pictures: 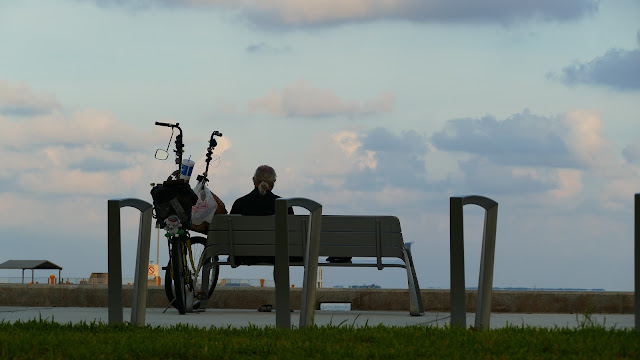 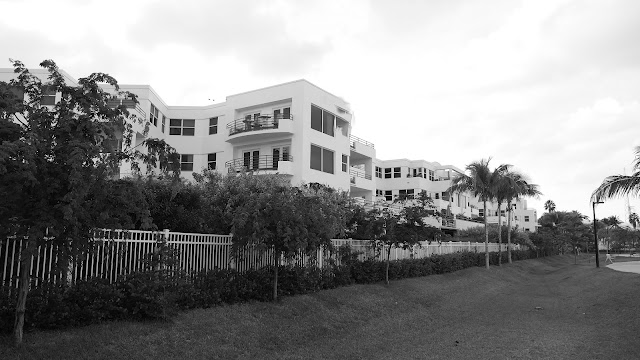 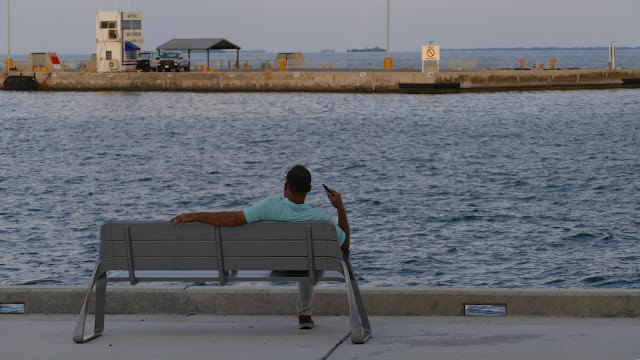 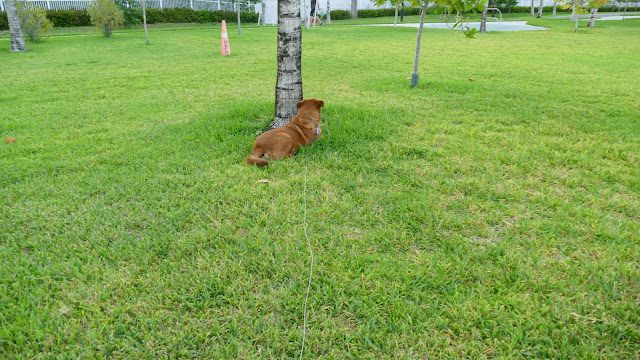 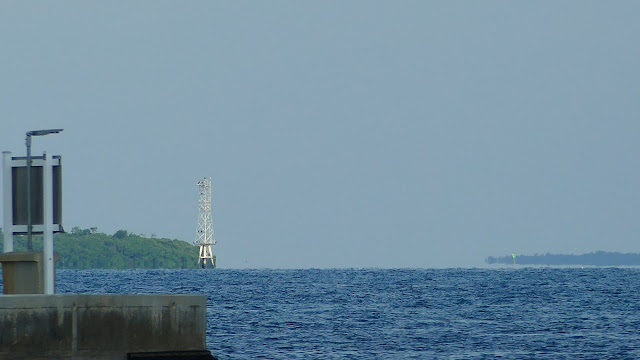 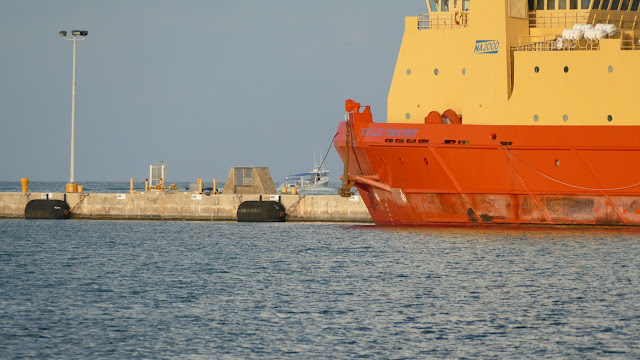