I keep reading in the newspaper's complaint column, the Citizen's Voice, how the city's tree commission is failing to protect large trees from being cut down. So I tried walking around looking up in the street. 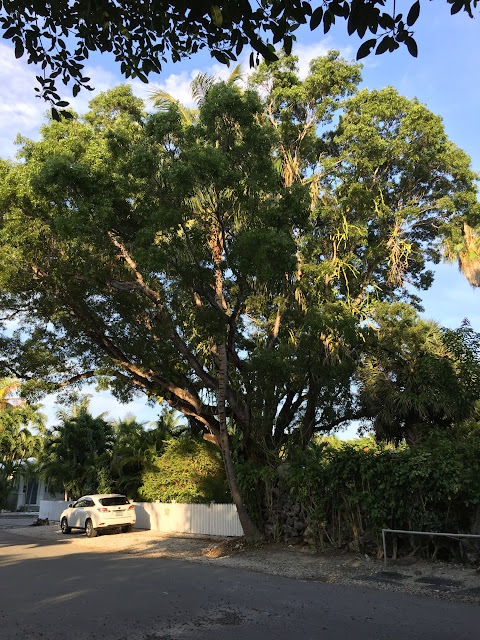 Clearly there must be something going on as I have seen parking lots  in New Town stripped of trees and surely complaints must be generated by some activity, justified or not. 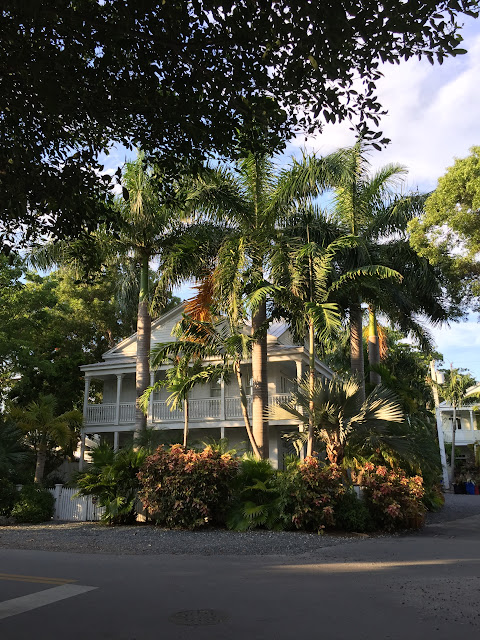 I am not much good at doing stuff like pruning, even though I have been taught the basic principles, and the sound reasons for pruning trees. I just don't like cutting them. I positively loathe cutting trees down, even nuisance ones so I am in no position to take sides in this argument. 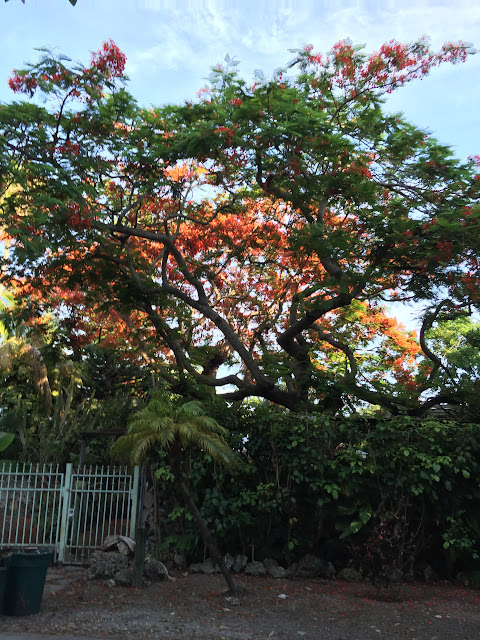 I have to confess that it was because I was reading about all the tree cutting that supposedly goes on that I thought it might be an idea to take the time to rejoice in the presence of trees that are flourishing. 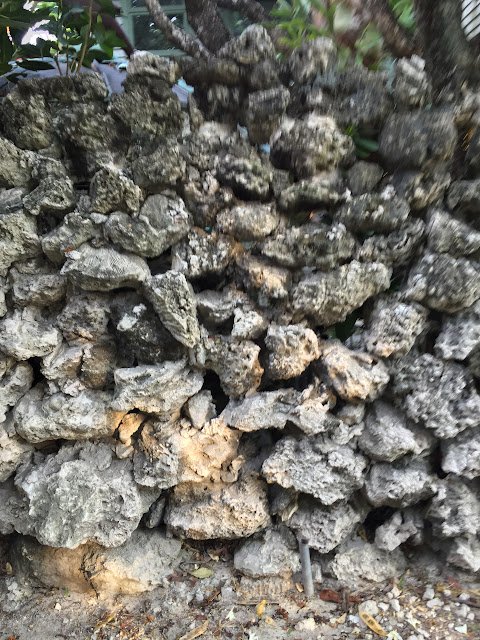 And in between I caught a picture of the stone wall that so much reminds me of weathered skulls on Amelia at Windsor. 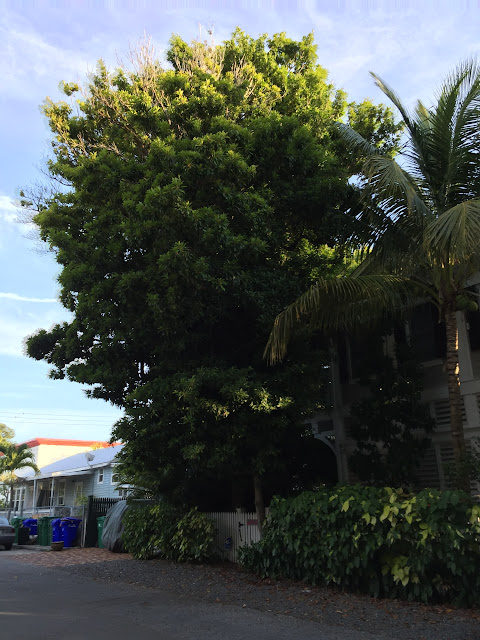 Trees make Key West what it is today but it wasn't always so. Before the advent of regular water supplies brought to the city by Navy pipeline in 1942, water was not so abundant it could be wasted on decoration like this: 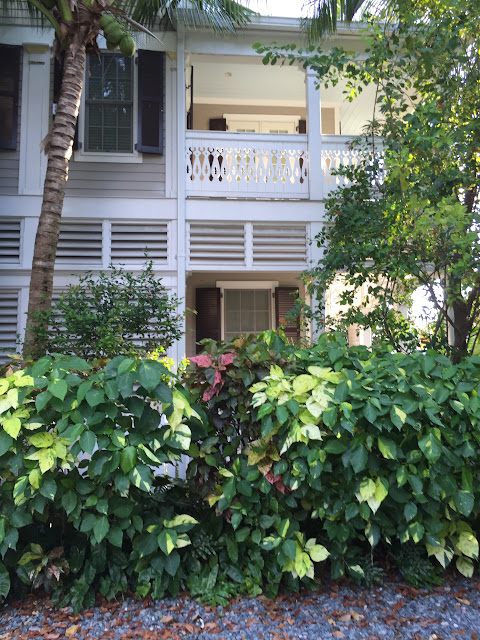 Check out this picture of what should be James Street according to the state archives. I rather prefer modern Key West filled with greenery and canopies. Good old days they may have been but they were also rather stark on the streets.

A poinciana in full bloom. Known in Latin according to a long time resident as  delonix regia, hence the occasionally used title "royal" in English. Perhaps there is a delonix somewhere that is less regal. 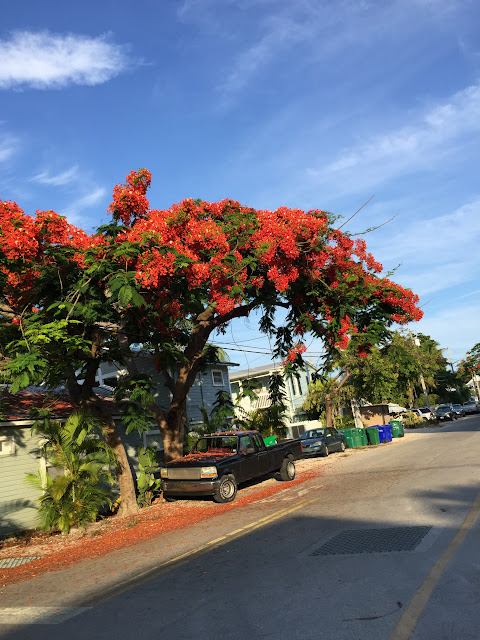 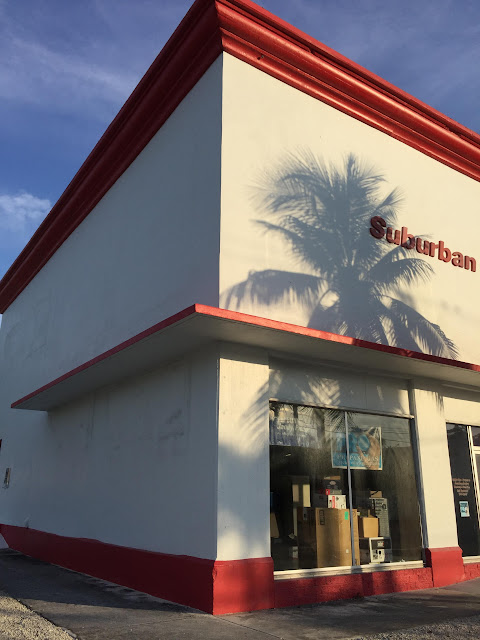 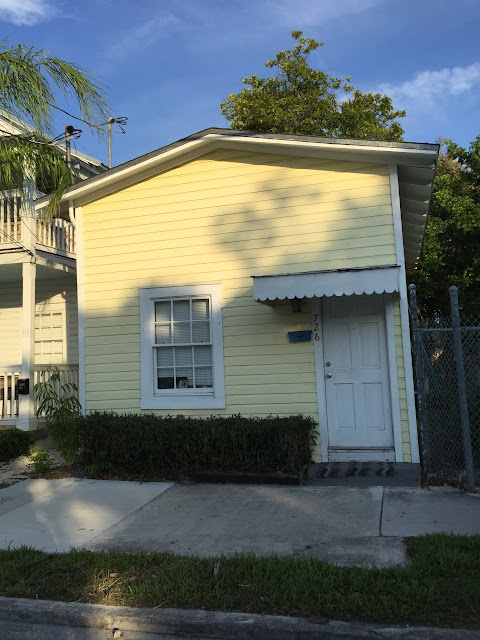 I enjoyed the shadows  playing on the walls during a setting sun, but then I found a banana tree lined up with a coconut palm and with the magic of perspective I joined them up. 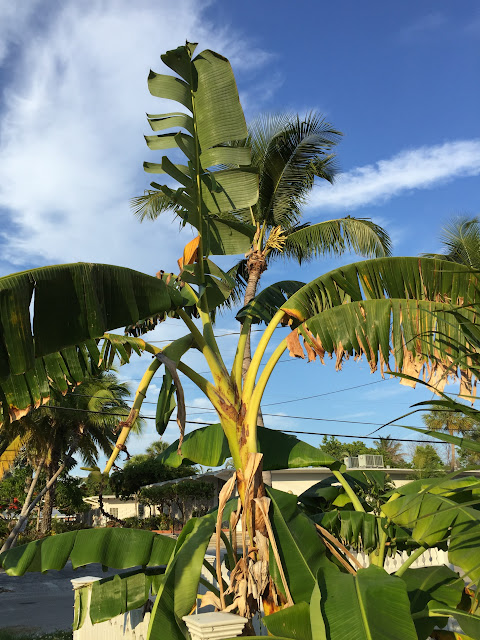 It would be a shame if all trees really were being cut. I hope not. 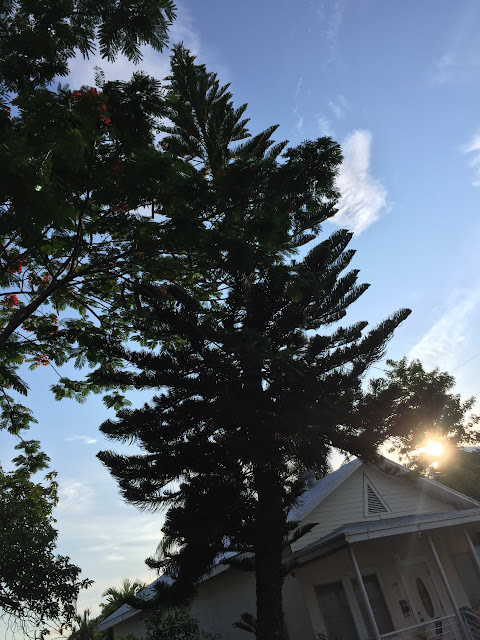