With summer starting to make itself felt there are fewer cars and no people if you get to the beach at dawn. 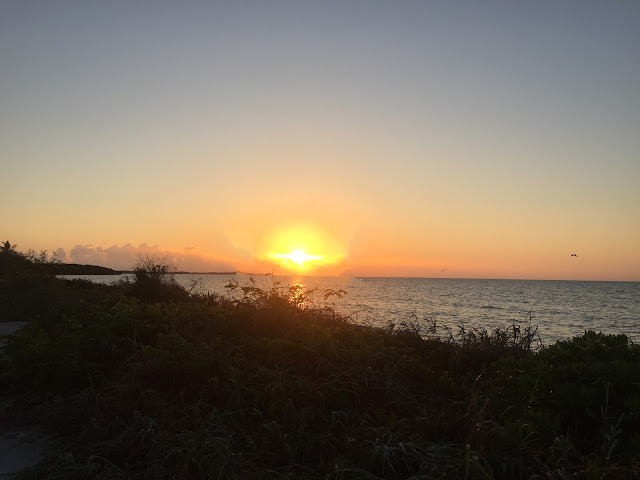 The warning about nudity is still there, but Rusty and I both went clothed. 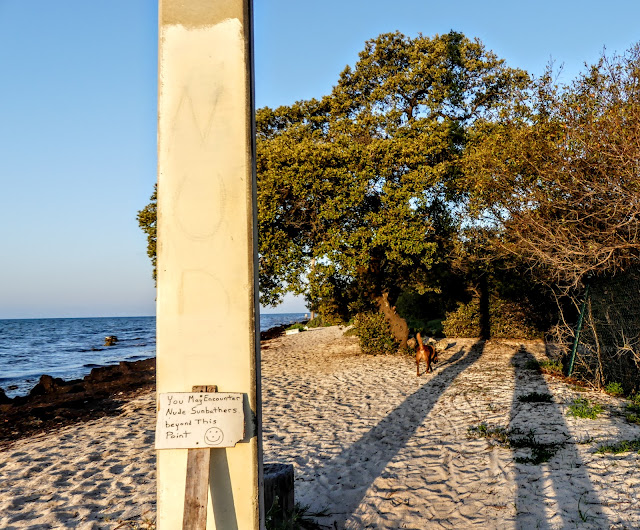 He rooted around in the bushes and i enjoyed a few minutes of messing with my camera. 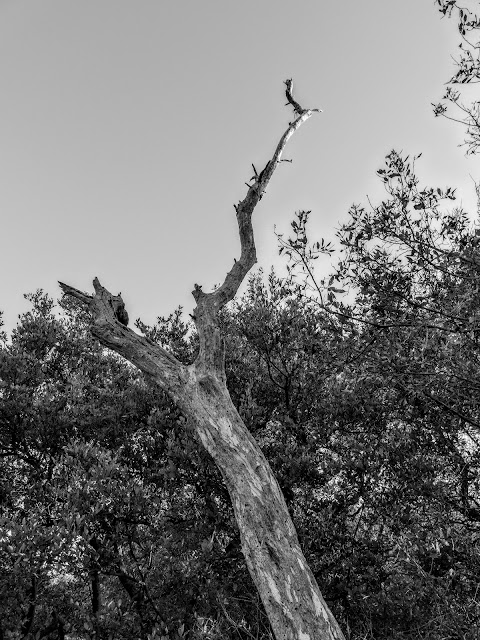 Another Rock Another Tree... 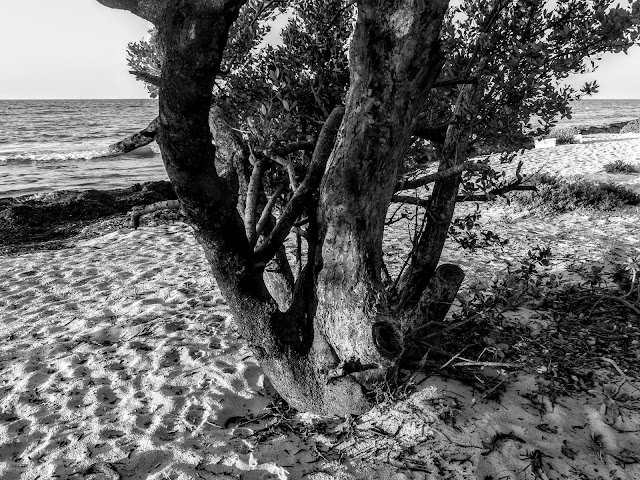 There were tons of waders that ignored Rusty and I. 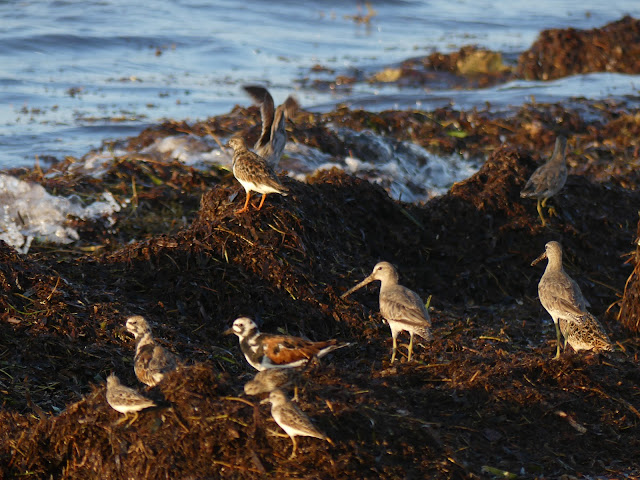 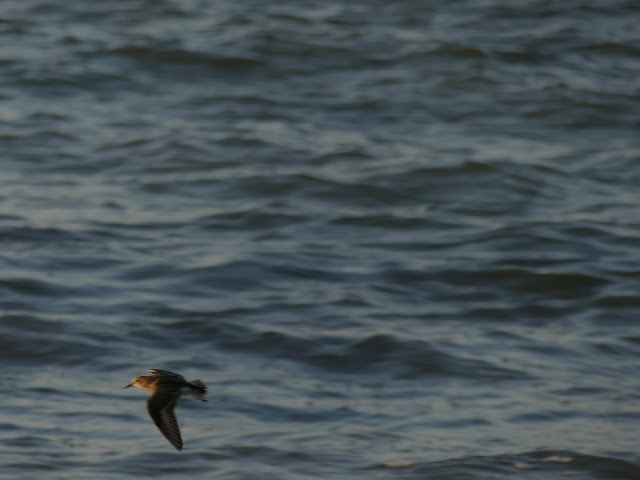 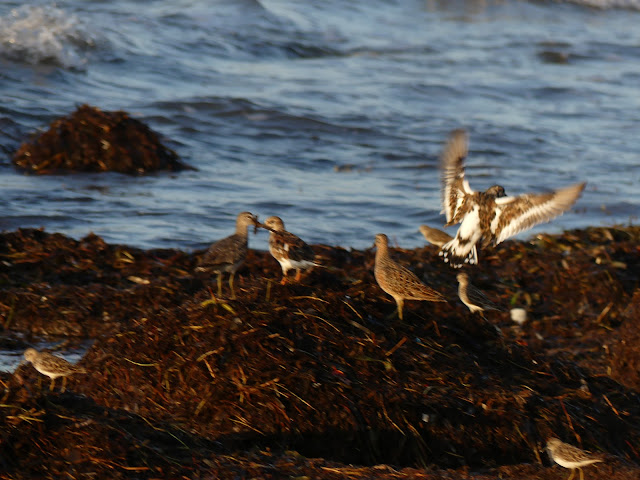 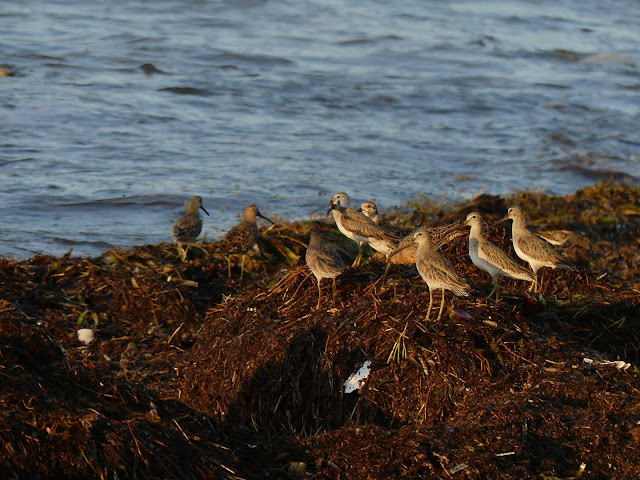 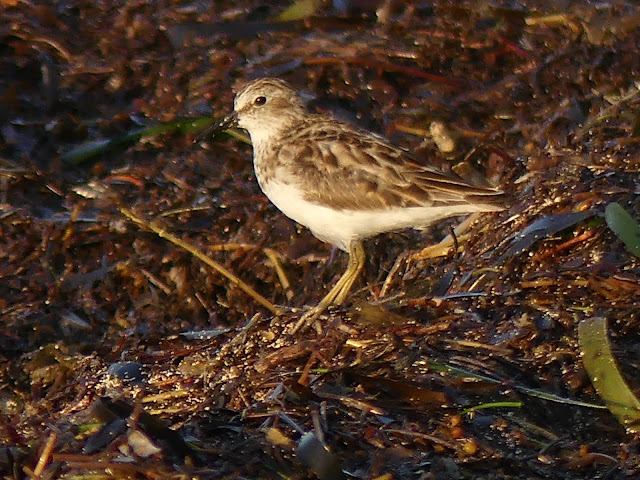 I saw a face in this pile of rocks like the so-called Green Man, craggy eyebrows, a big white nose and a black triangular mouth... 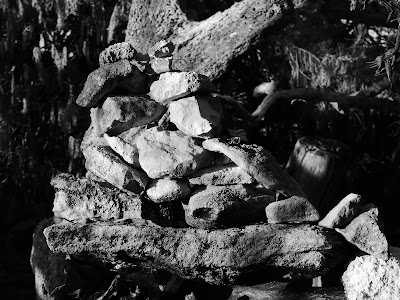 Like this:
But when I reverted to color the face disappeared...Make of that what you will! 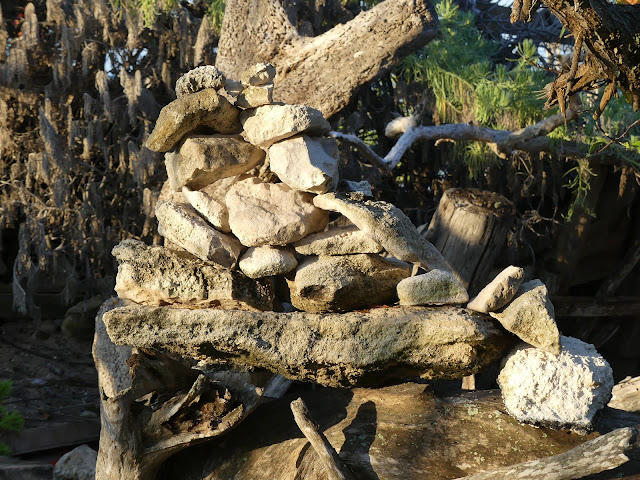 On a more mundane note some poor deluded soul left behind an empty can of "Limited Edition" Budweiser, a bit of an oxymoron I thought as this isn't exactly craft beer. 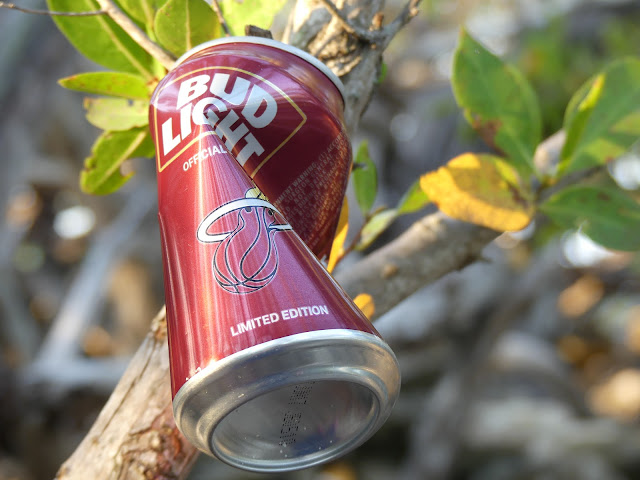 Someone is putting in a fair bit of work building rock piles in the water and walls on land: 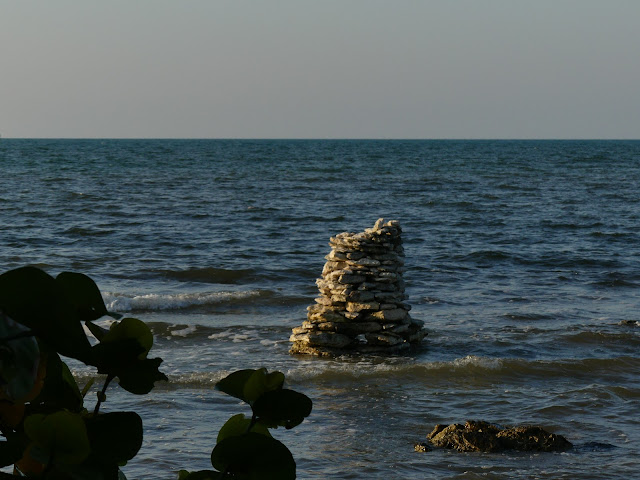 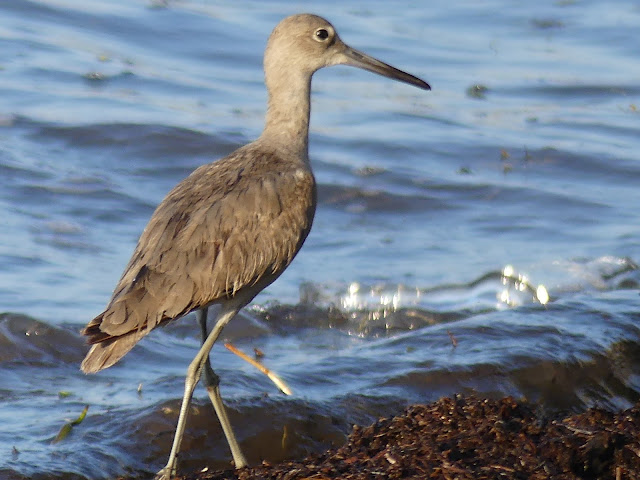 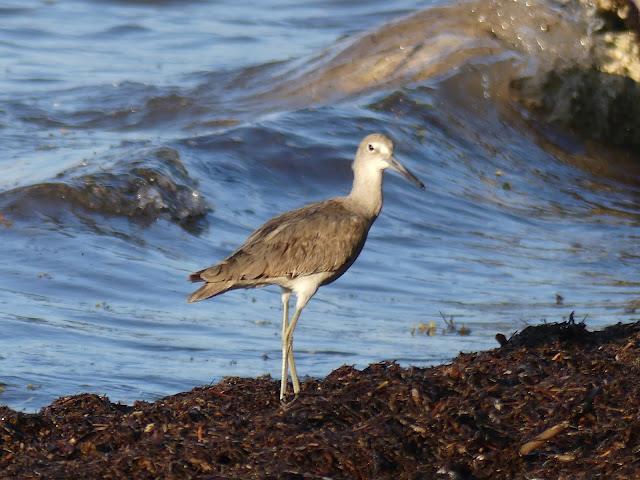 Just a few pictures from a  banal beach walk. 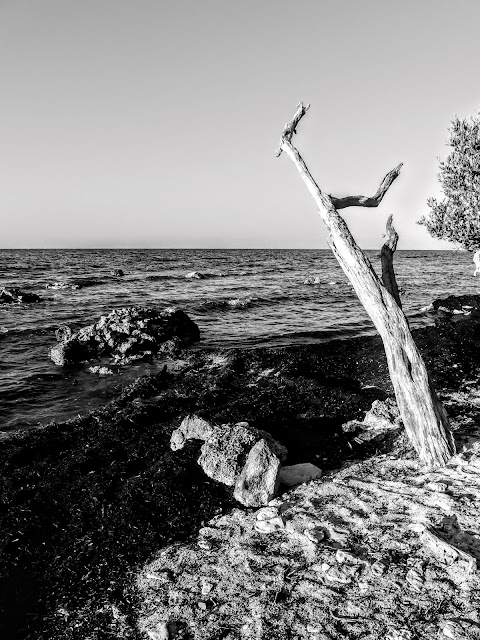