I try not to lose sight of the things I like about Key West and even though I am not a fan of bicycles in this town I am fond of the fact that my neighbors like to ride them. And they tend to start young too: 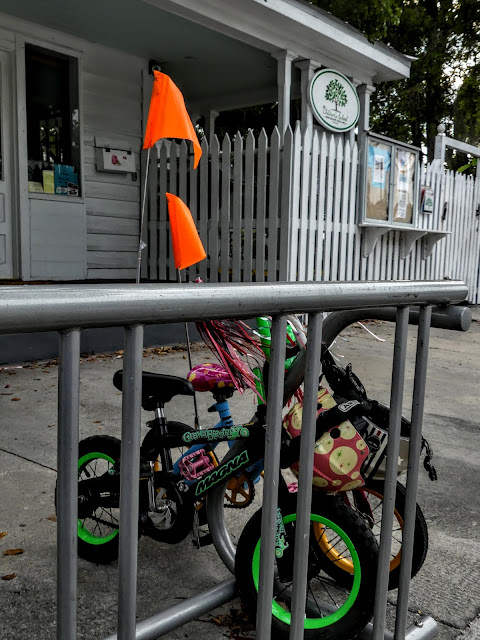 Let me explain: I find bicycles put me in the traffic flow so instead of enjoying the scenery and the architecture I find myself watching for cars and stop signs and distracted pedestrians (like me!). In short a bicycle is a vehicle and you have to use it as a conveyance around the narrow streets of Key West. 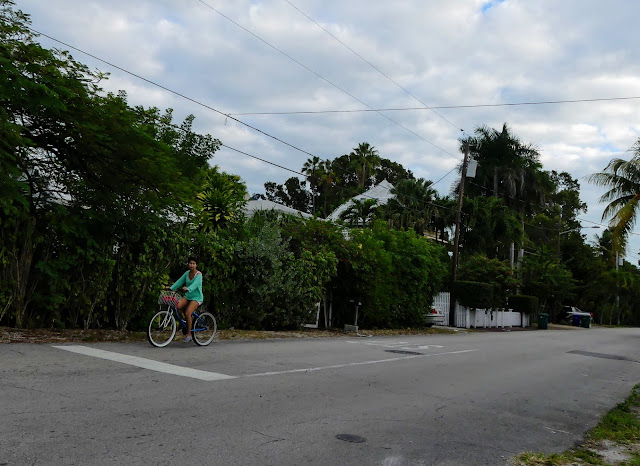 Residents of Key West often take pride in not having any means of propulsion other than bicycle pedals but for me who lives outside the city not only is internal combustion necessary it is also a swifter means of locomotion. I ride a motorbike or a scooter for convenience and pleasure. I have no hard feelings toward people who ride bicycles and if they ride recklessly I as a motorcycle rider am well aware of their vulnerability for which they will eventually pay with their flesh. 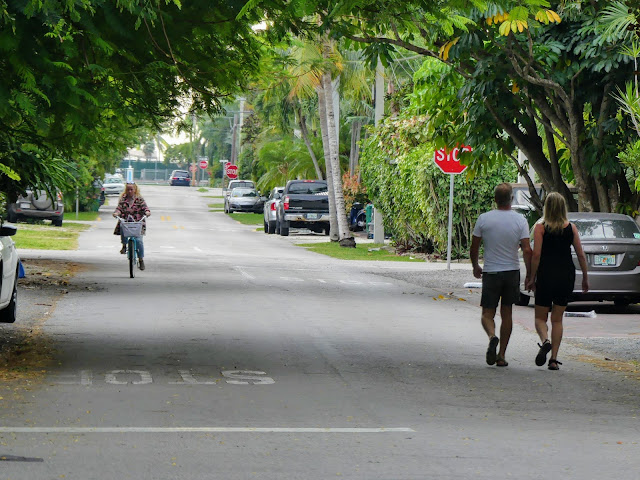 I expect that if I did live in Key West not 23 miles out I too would be giving my bicycle more use than it currently gets. 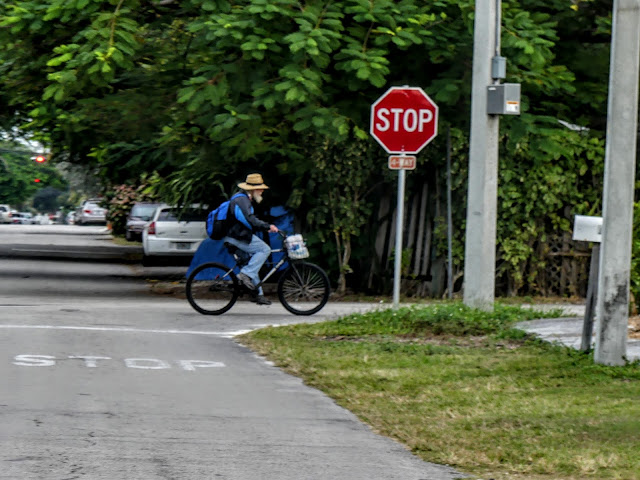 These abandoned scooters have been red tagged which in city parlance means their owners have now been warned that their scooters will be towed. If the vehicle cannot be moved, for instance if the tires are flat or if the license plate is expired or if a car looks like storage locker filled with junk, then it can be towed. And it will be as residents hate to see their streets junked up. 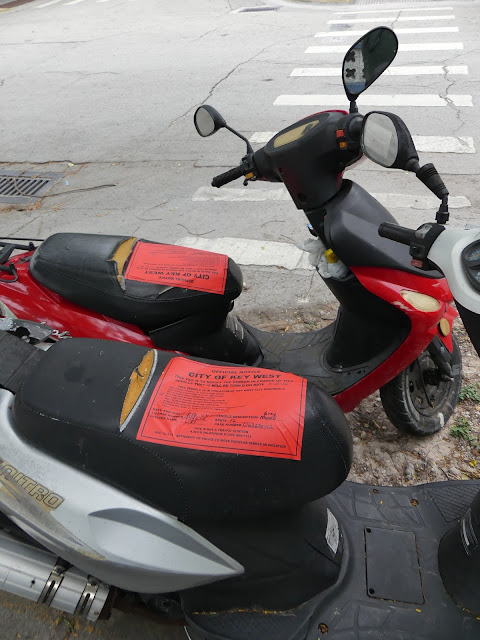 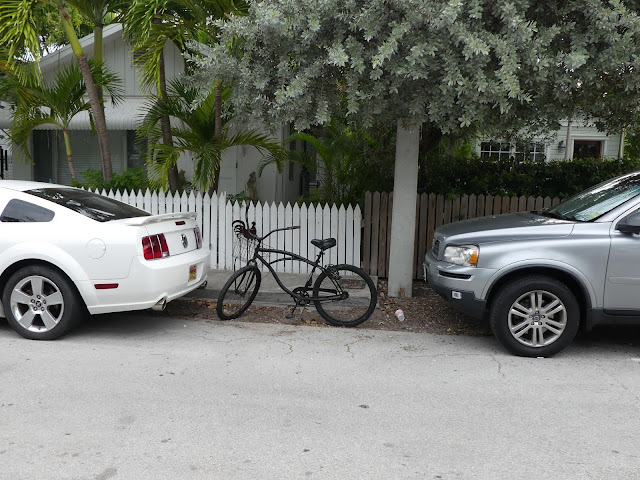 I suppose the owner feels as I do about bicycles: better with an engine...
Posted by Conchscooter at 12:00 AM 2 comments: Links to this post