On And Off The Key West Porch

One of Cheyenne's salient traits is her immense fund of patience. To me at least, doting as I do on her, she appears to be extremely patient. She puts up with me dithering over her at home, when out walking she ignores anything that tries to distract her from her appointed pursuit of smells. This cat would have driven me mad had it pursued me as doggedly as it pursued Cheyenne, yet she simply pretended it wasn't there. 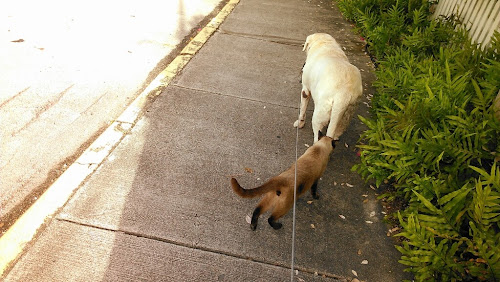 I've seen her ignore Key deer to the point of making them crazy with curiosity as she stands there and chews grass alongside them. She never even sees chickens as they scatter on her approach. All she notices are the pizza crusts and cold fries in her path. Cats need have no fear of this tremendous force of nature: 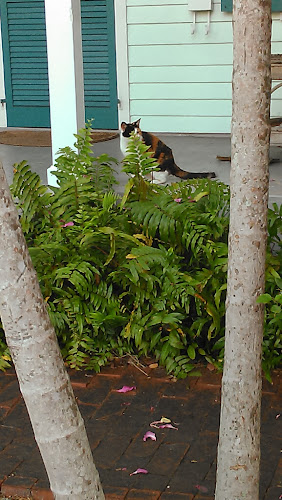 We were ambling up Virginia Street earlier this week and we passed a mother fussing over her child in a stroller. The mother said something to me in heavily accented English and my ears simply wren't attuned to her Slavic intonation. She sounded like she had a cold and was hocking up a huge loogie. What she was actually saying, with some fierce Russian annoyance, was that her toddler was afraid of Cheyenne. Had she been empowered I'd have gone straight to the gulag, not passed go nor would I have collected two hundred bucks for my trouble. Mind you being afraid of Cheyenne sounds like a recipe for a very timid life indeed. Some people know how to enjoy winter in Key West: 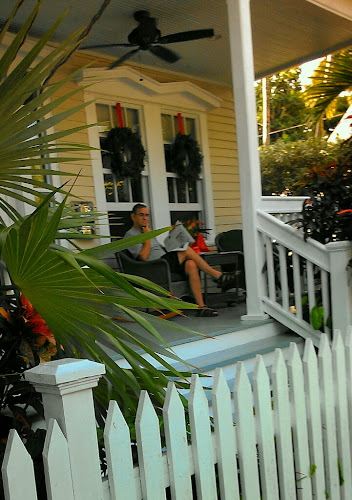 It gives me pleasure to see people commuting by bicycle. It is a hugely desirable lifestyle among the self consciously ecological types Up North yet in Key West it is simply the cheapest most effective way to save money for booze in a bar later. Cycling is not a fashionable sport for most a Key west riders. My nephew who used to ride and race obsessively on a bicycle didn't think much of a key west Asa destiny too , too. Flat. And limited. I think he has a point but as a bicycle commuter destination it's about perfect. 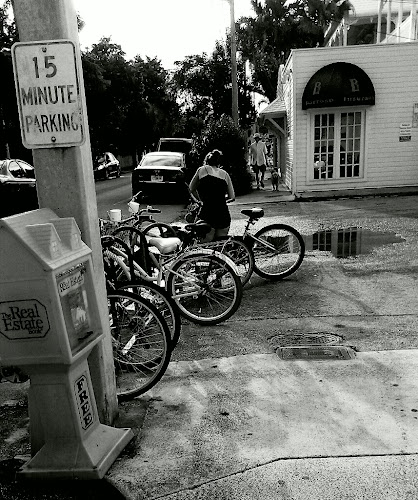 For some people a bicycle is their only means of getting around. This guy was sleeping it off on the porch of an unoccupied house, his bicycle nearby. 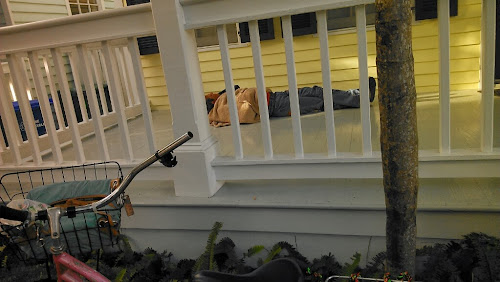 The future of commuting for all of us is smaller cars. Europeans pay. Two and a half times as much for. Gas as we do but they still clog their streets and roads with cars. They drive smaller and more fuel efficient cars. Imagine how cheap our commutes would get with 60mpg cars....and how easy to park a car smaller than a full sized truck. 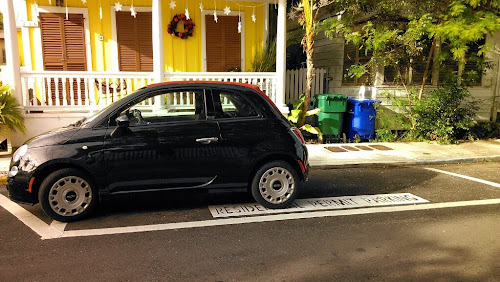 Virginia is one of two states that has outlawed radar detectors, though they are legal here. I looked into them after my last speeding ticket - the ticket was $130 the radar detector $500, so I didn't buy one. But this tag with the fuzzy cover on it looks like it might mess up cameras tires at particular angles. Hmm...that can't be legal can it? 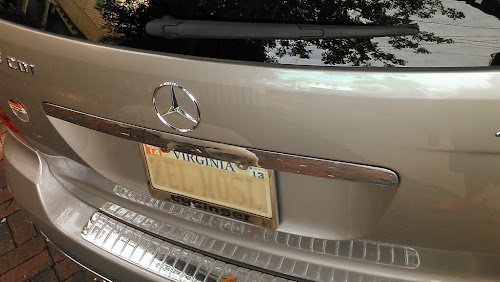 All of which is very interesting but I was also thinking about animals in this essay. Like Key West's famous wild chickens which are ignored by my dog, so they stand around looking at us impertinently. Very annoying. "Kill!" I order my dog. She ignores me. 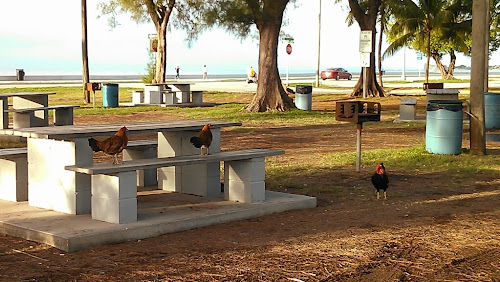 One reason I loathe the chickens is not because they are noisy, they are, but because they are messy. This section of sidewalk was murder to walk on as the wood chips were like marbles underfoot. And the only reason the mulch was all over the sidewalk was...Because of the damned chickens. 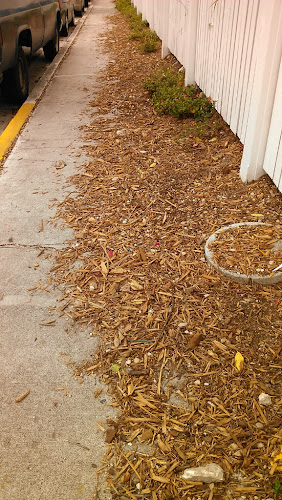 I may get annoyed at the chickens but other people get mad about lots of other stuff in this crowded little town. Like who dumps their trash where, and why. 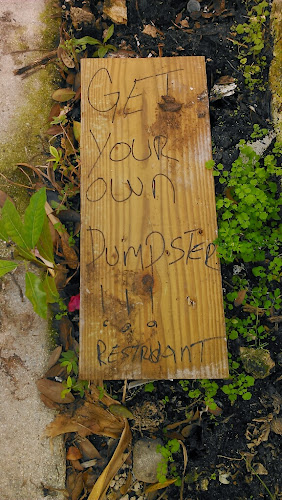 As a result of this sort of irritation I double bag Cheyenne's droppings and either haul them home on the gas cap of the car or I dump them in a. City trash can. You'd think people would be grateful to see trash in their capacious trash cans rather than littering the streets. However because folk are weird they'd rather wade through garbage than share a four foot tall trash can. It's good for Cheyenne though as you'd be amazed at the amount of food left on the ground. Against all odds dogs are smarter than people 67% of the time, studies show.