My world closes down between Christmas and New Year and this used to be the time of year I envied the Cubans whose government decided Christmas was a Papal conspiracy not worth celebrating. These days Cuba has gone the way of the rest of us and Santa Claus relief has been suspended more or less officially on the tropical island. So I get through it and my reward comes in a couple of days. As of Wednesday life returns to normal, or as normal as circumstances permit. 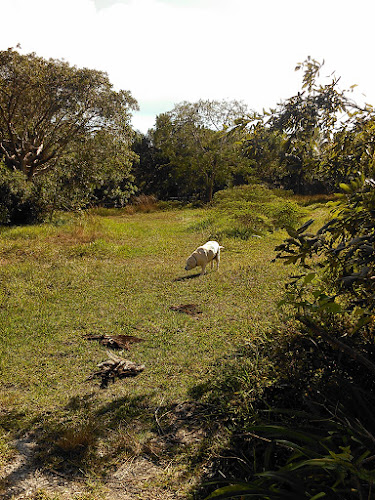 The biggest shake up for me has been that my work schedule has been turned upside down, and though it may not be immediately apparent, I like my routines. I have been working the same shift for years and as complicated as my peculiar schedule is to explain, it is also entirely predictable. Want to know if I'm off on my patronymic feast day, September 29th? Give me a moment and I can figure it out. The past couple of weeks my hours have been so whacky I actually had to photocopy the schedule at work to keep track of when I was supposed to show up. Well bugger me. On the other hand I can't really complain because people who care for St Nick need to take their vacations. I hope they enjoyed the snowdrifts amidst their family gatherings because I worked my ass off for them. Very bad for my OCD, but I like the brownie points of working holidays! 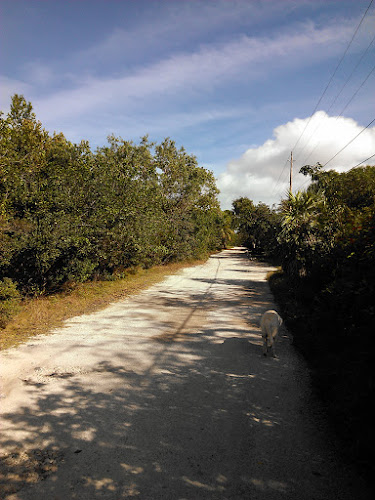 I have not been downtown for New Year's Eve in years, and the last time I was there was in the boom years when crowds were huge and the crush overwhelmed me. As a result I have never much minded missing the various items being dropped, New York style to mark the New Year moment of marketing. I am one of those dweebs happy to go to bed when I get tired and miss the magic moment while passed out. As it is I usually have to work as I shall be working tonight. 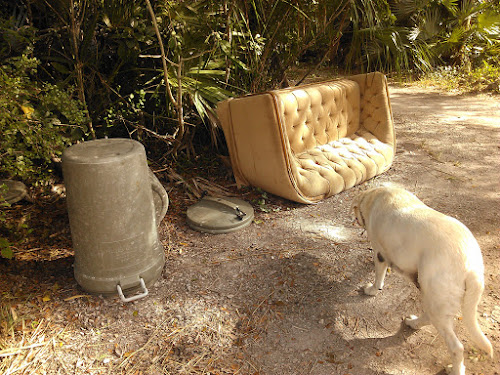 There are two holidays in the Key West calendar that trump leave at the police department - Fantasy Fest is one, it has to be as that whole week is law enforcement busy and the other is New Years Eve when South Florida pours into the smallest town and expects a show. Not every Florida town, you may be astonished to learn chooses to drop a drag queen in a shoe to mark the midnight moment. I will be sitting at my desk hoping anxiously that all five police computers turn over with the new date at pumpkin hour. One memorable year they didn't and everything had to be operated by hand until the Internet technology wizards straightened out the sleepy binary machines. This past year we In dispatch have issued nearly seven thousand case numbers, and as of midnight the computers will I hope, remember to start back at number one for 2013. That's my big worry. 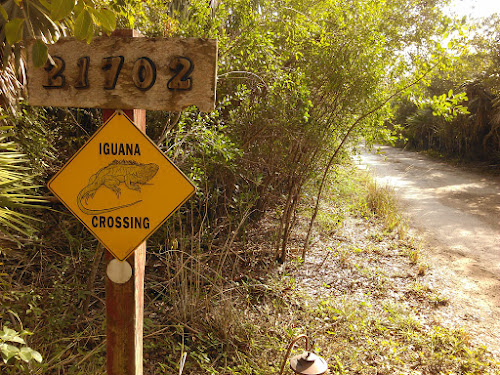 Worrying about case numbers is a little esoteric for New Year's Eve I grant you when most people are wondering where the best parties might be and have they been invited but Key West has to function in order to give the monied visitors the carefree visit. Housekeepers and valets and hotel managers are all doing the same as Key West's facade as a laid back town that time forgot can never actually descend to such a level. You should hear the bitching on 911 lines when the power goes out at three in the morning. People call us to ask when the power will be back! I am tempted to say something absurd like "at 4:31am precisely" to get them off the line but a shortage of electrons in the middle of the night is only a crisis if you depend on them to breathe. Everyone else can take a chill pill, but they don't. You'd think their vacation was ruined by a two hour outage at three in the morning when some drunk driver hit a power pole...So much for laid back. Key West must function at all times like a first world city pretending to be funky. 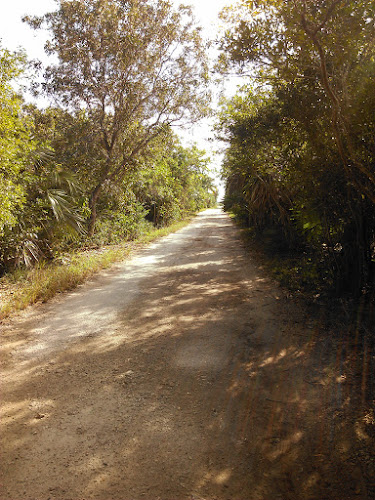 This time of year more than ever I need to walk Cheyenne in the back woods and she cooperated mighty well when we took off around Spain Boulevard on Cudjoe Key for an hour yesterday. I like this subdivision for its totally rural feel, horses and dirt roads and thick grassy fields and verges, it's like finding yourself in a backwoods village in the mountains instead of feeling surrounded by salt water, which is what you are. 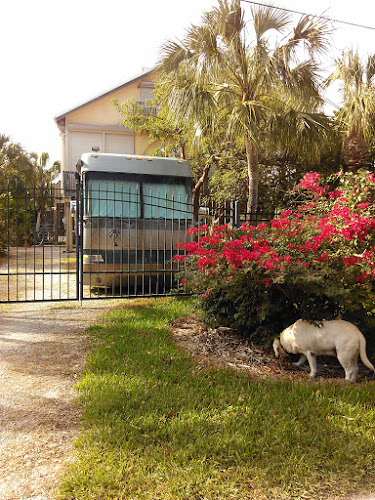 The homes are just off Blimp Road and make a handy place to stroll while waiting for my wife at the nearby gym. For some reason Cheyenne is less than thrilled with this area some rarely get out here but her five day absence has sharpened her appreciation for any and all walks close to home. 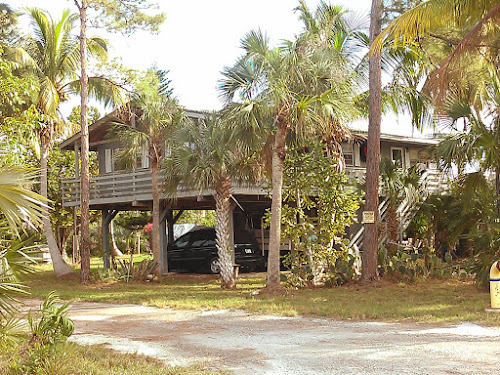 As always other people's bunches give me banana envy. These used to be surrounded by an electric fence, perhaps to keep the deer out but they looked splendid and put my still fruitless bananas to shame. Next year perhaps. 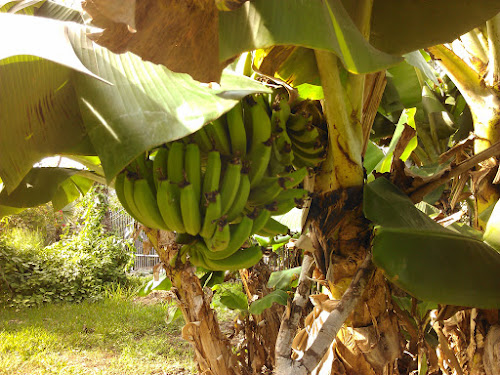 Lobster pots are a reminder that the sea is never far away, even in the bushes. 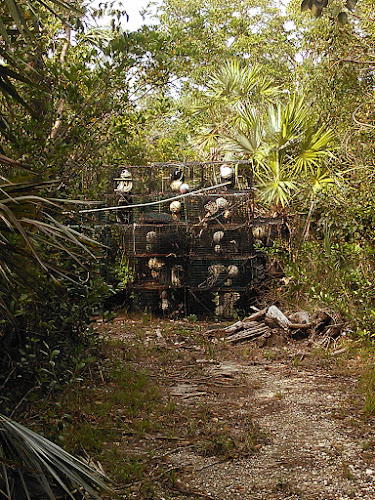 One thing about this area is the consumption of couches. Every time I get out here someone has another worn out couch waiting for pick up. I found two on this walk, a record. When I replace my worn out couch I shall deliver it directly to the dump, which is very close by these homes actually, and I promise I shall not leave it curbside. 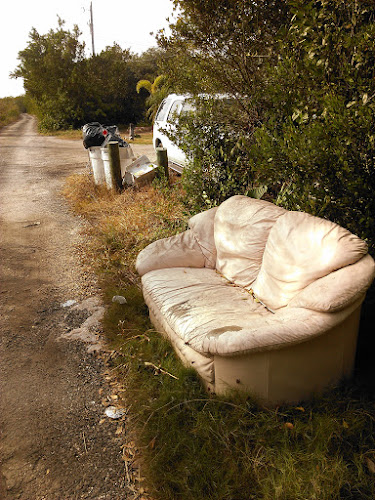 I do not miss snow or blizzards, sleet or heavy chilly rain. 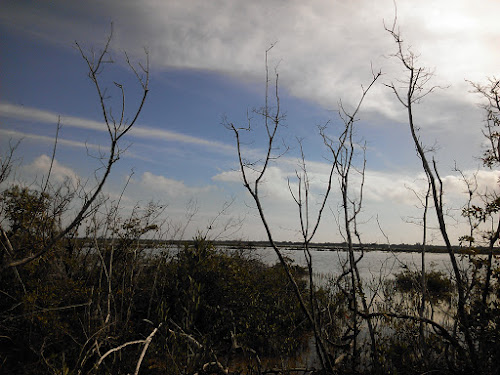 Weak winter sun perks Cheyenne up and as long as skies are blue I can live with cooler temperatures and occasional cold feet. 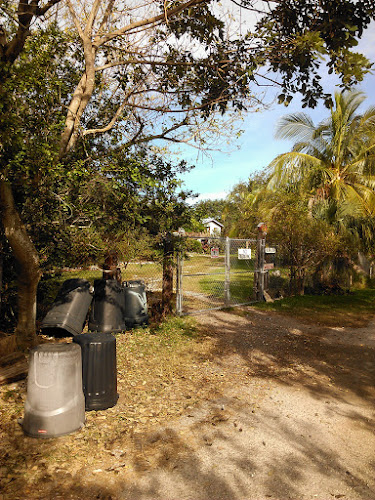 it was warm enough to tire Cheyenne out even though the cold front fought hill overnight temperatures. 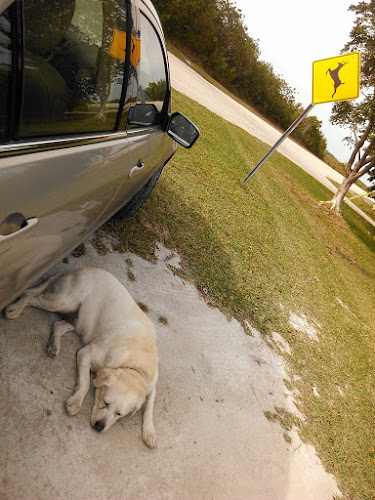 I don't suppose much will change with the flip of a calendar page tonight. Politicians play brinkmanship with the economy, cheap energy remains as elusive as ever despite fracking and posturing, and if the parents of America take no interest in protecting their children from gun nutters I am happy to stay on the sidelines of that ferocious non-debate. I expect 2013 will bring more of the same, political posturing and bad economic news from Europe, more shootings and hand wringing, dope smoking tours of Colorado, more poofs getting married and about time, and most important of all stiffer joints on my aging dog and experimental rides with my new/old antique two stroke Vespa.

I just wish the holidays would be over so it could get delivered here, perhaps even before my inert Bonneville gets the much longed for new valves.

Posted with Blogsy
Posted by Conchscooter at 12:01 AM 6 comments: Links to this post