Watching Them Go By

I took this picture yesterday afternoon on Simonton Street in front of the Federal Building and in looking at it I realized it rather nicely illustrated what I might grandly title the three stages of transport in Key West. Looking beyond my original subject, the cyclist, I saw the golf cart crossing the path of the large SUV which put me in mind of the impractical nature of regular sized vehicles that fill narrow streets in the Southernmost City. That consideration followed by the annoying nature of the more practical but slower golf carts (!) and the sensible bicycle sidelined by the other larger vehicles on the street. 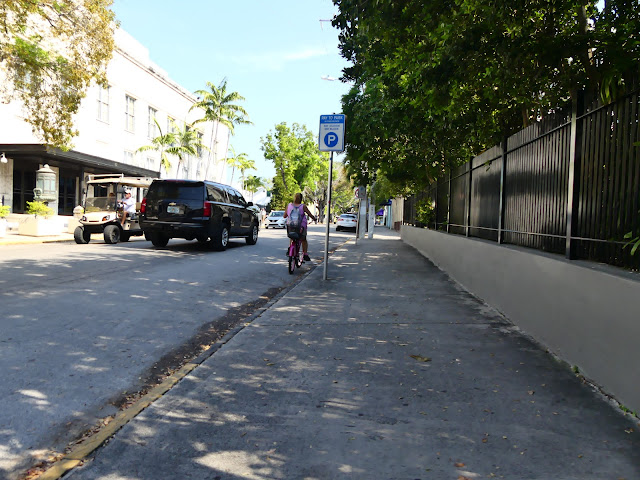 I discovered recently that now I'm over  60 I ride for  fifty cents on city buses. Too bad I don't live in the city...but I do get dollar rides on the Lower Keys shuttle as well. I quite enjoy the aging process. 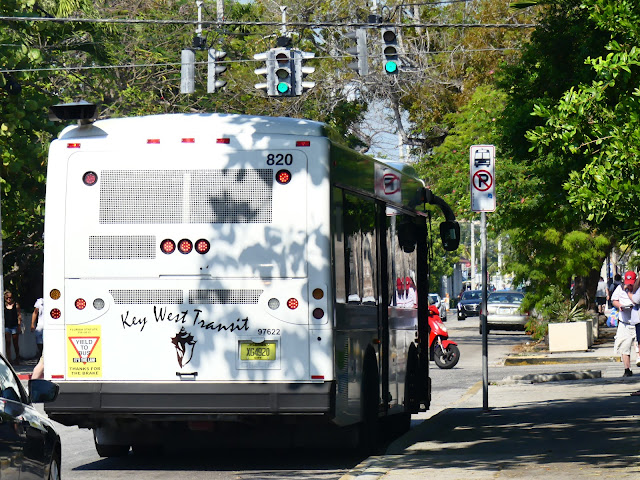 Of course my preferred ride has two wheels and an engine and Key West offers tons of free parking. 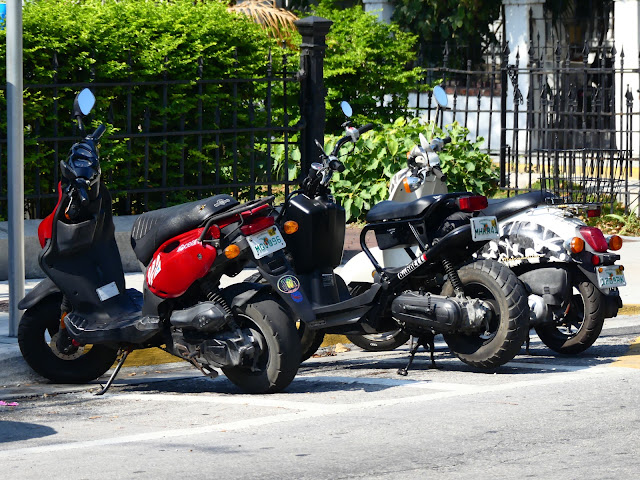 Of course not everyone grasps the concept like this motorcycle occupying at least three spaces: 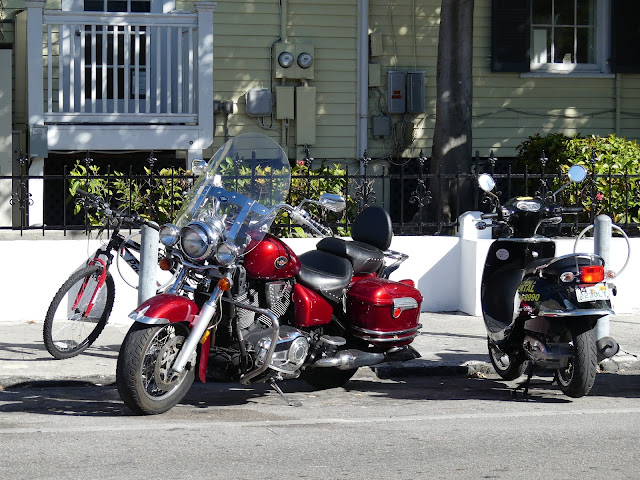 The debate continues furiously over the growing use of electric bicycles in Key West. The city has a terrible fatality rate for bicycles probably because lots of people ride in this jammed town. Check them out, ably dodging traffic on congested Duval Street: 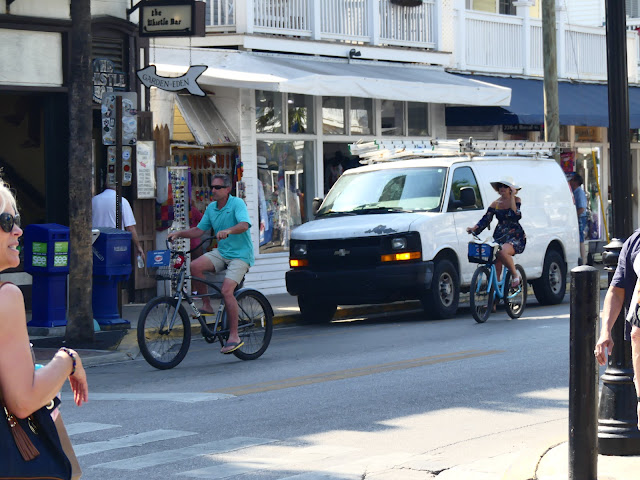 You are supposed to give a cyclist three feet when passing in a car which is next to impossible when there is oncoming traffic: 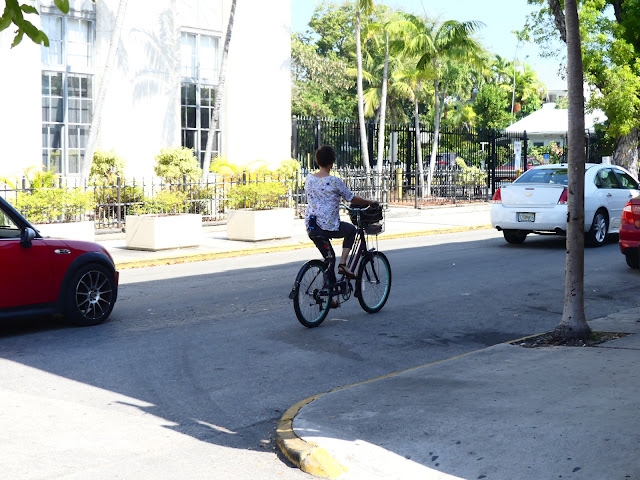 I figured the scooter rider below will get mown down, him and his cellphone when the light behind him changes and the riders launch off their marks! 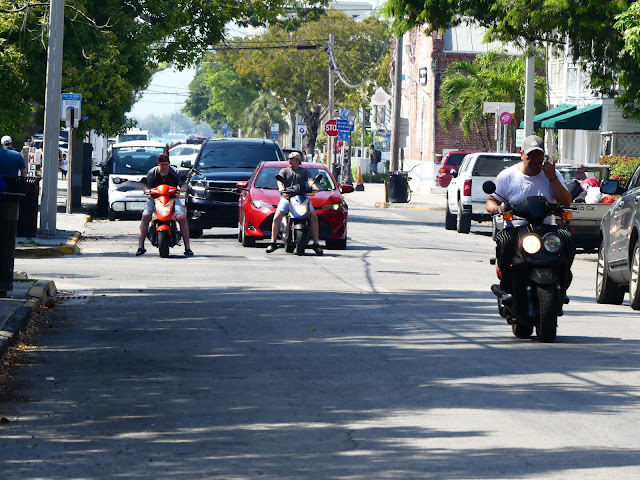 Best of all is walking, my preferred means of locomotion, even now with my rolling gait and  limited stamina: 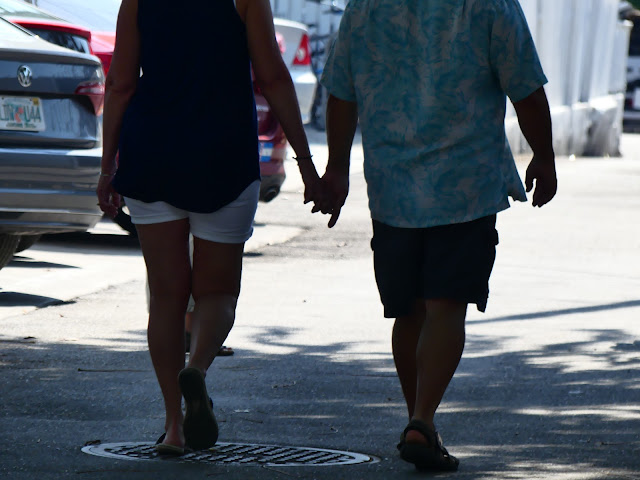 And by the way as the rest of the country shakes off winter, slowly, summer is inching in down here with warmer air and longer lighter evenings. I think its safe to say winter is gone and I am packing up my fleece for the season.
Posted by Conchscooter at 2:33 AM No comments: