2011 doesn't seem so long ago but already three years have gone by...how many pairs of pink Crocs have I worn out since then? My half price do anything footwear that I first wore as a dare from my wife years ago and now I wear out regularly in pursuit of my dog on her walks... 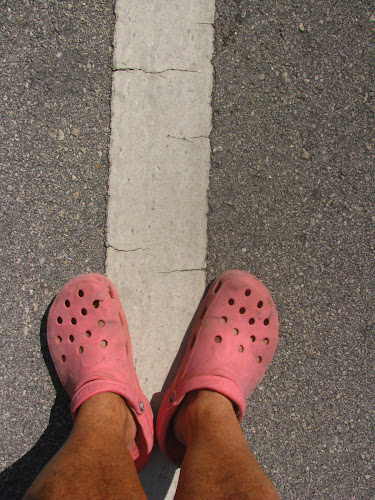 The old Seven Mile Bridge is only open to pedestrians and bicycles today as the authorities plan a seventy seven million dollar make over for he one hundred year old bridge: 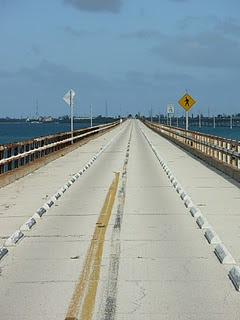 The bridge tender who died in a propane truck accident in 1981 as the new high span bridge was planned to replace it: 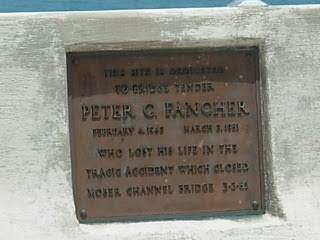 I was reminded of the Seven Mile Bridge history as I looked at pictures of a day out in Marathon, Chuck and I rode one day. His Harley was on Craigslist and now he has a classic Suzuki for his new life, not in Key West: It's Better in Bisbee | Living on the edge… 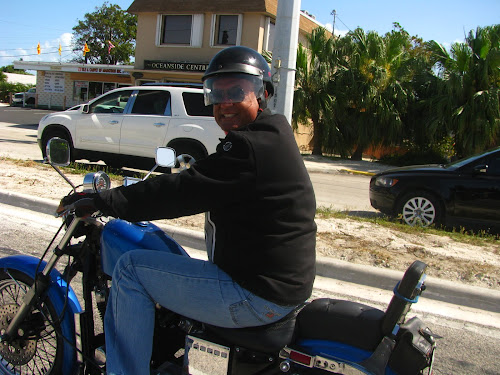 There we went overseas on the bridge. I cannot imagine living swapping turquoise water for parched desert hills... 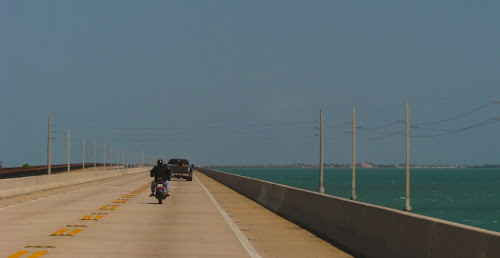 The Florida beach life puts in an appearance in Spring in Key West: 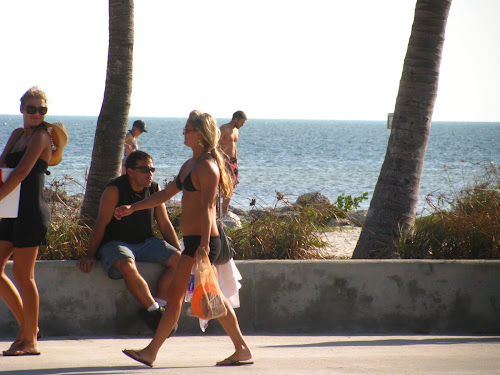 Cheyenne likes life at the water's edge even if she doesn't swim: 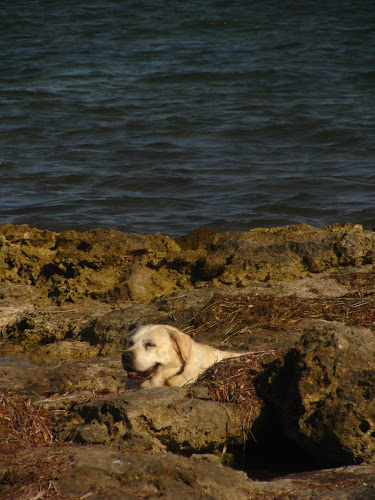 And seeing sailors heading up our canal driving their catboat through a summer shower puts me in mind of the pleasures of sailing: 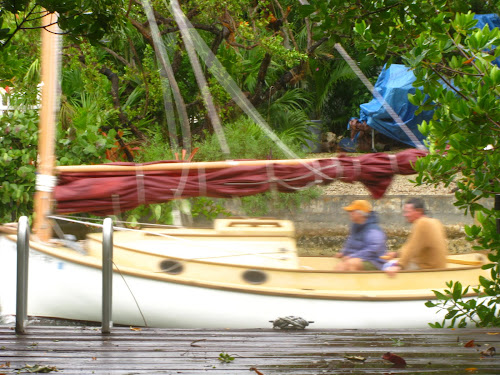 In Key West the supermarket downtown is a symbol of things that don't change. Fausto's Food Palace, the social gathering spot epitomizes my notion that despite gentrification and change Key West is still here for us. 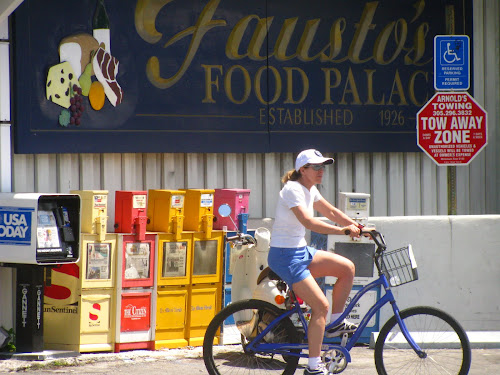 It's Spring so chicks this year in 2014, as then in 2011 are being raised in the streets by their clucking broody mothers. 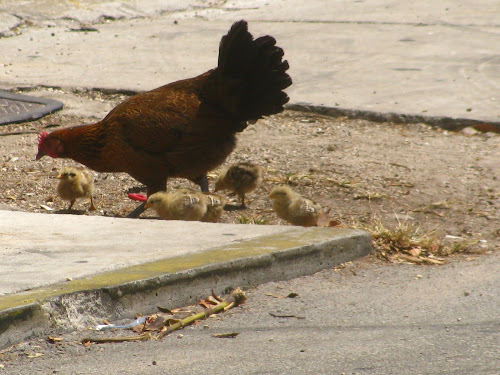 In the Spring of 2011 my wife and I returned to the home of our youth to help bury the woman who could have been my wife's grandmother, she had that kind of influence on us. I spoke a few words to remember Bernice Belton and the grinning face behind me in the picture below is that of the past and likely future Mayor of Santa Cruz, perennial activist, Mike Rotkin. The self described feminist-socialist would be a paragon of the so-called looney left most places in the US, but in The People's Republic of Santa Cruz he has come under suspicion for selling out to business interests on the right, in some of his city council votes... And he is a car-free avid motorcyclist, so on that basis alone he should get my vote! 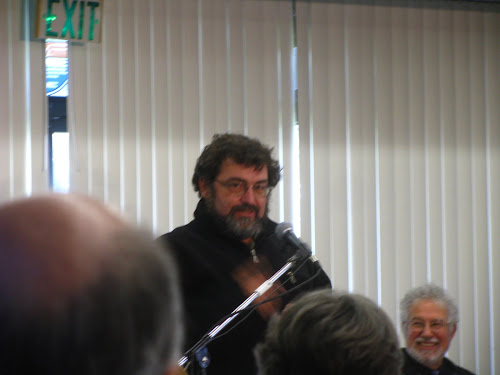 Many people view the California coast with awe, the foaming surf on the jagged rocks, the cliffs falling into the waves, the low dark clouds, all the drama of a roiling ocean crashing onto an immutable coastline... 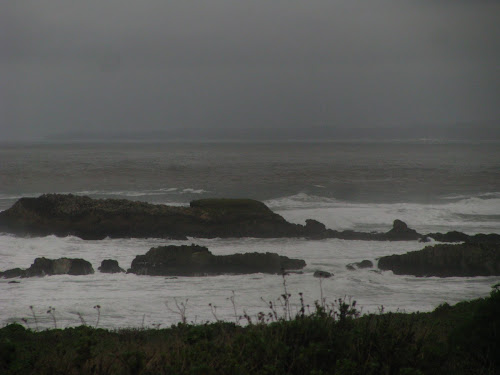 ...and this part of the world has its own beauty, for sure. Monterey Bay is spectacular. 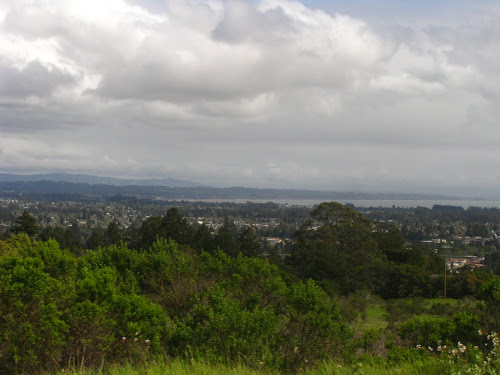 I met Tim in Dekray Beach in 1981 and we are still in touch. He has always had a hankering to be in the tropics but he loves Hawaii, not Florida. But his high tech work keeps him living on his boat in Sabta a Cruz, cold bad foggy, a life that got to me after twenty years. 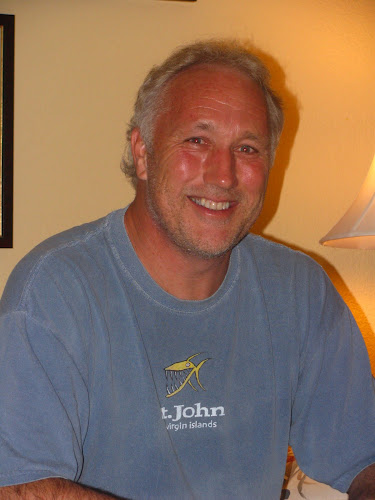 Rick was my next door neighbor when I first moved into my boat in the Santa Cruz harbor. He taught me lots about living on a boat and he still does, part time. I met him in 1984. 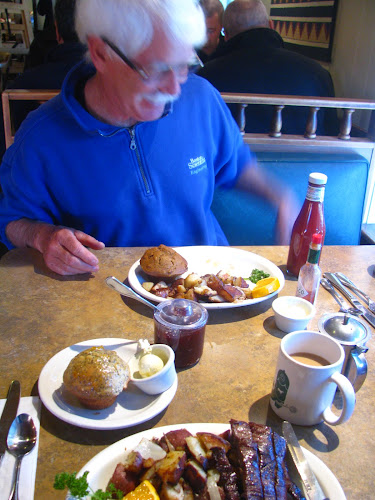 Santa Cruz and Key West share some things, aside from both bring more or less snow free...homeless people throng to Santa Cruz where they debate, just as Key West debates what to do... 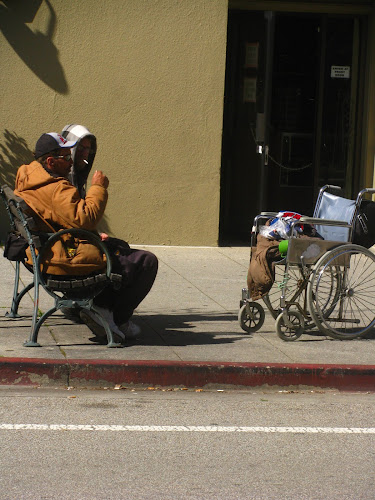 Downtown has no cruise ships in the California university town and they manage to make Pacific Avenue look pretty on a sunny Spring Day, rather prettier in my estimation than Duval Street. 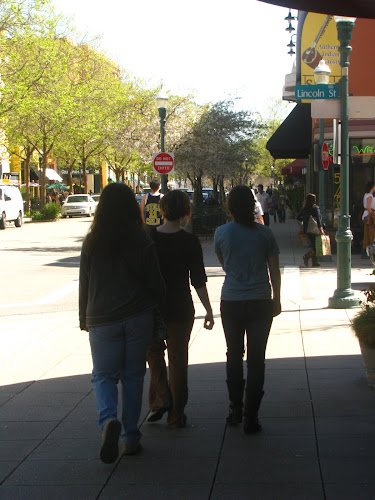 But a summer day here that tops 80 degrees is considered an unsupportable heat wave and most home don't have sir conditioning though they do have heat. When I visit even in summer I find myself wearing socks to bed as fifty degree July mornings are not uncommon. 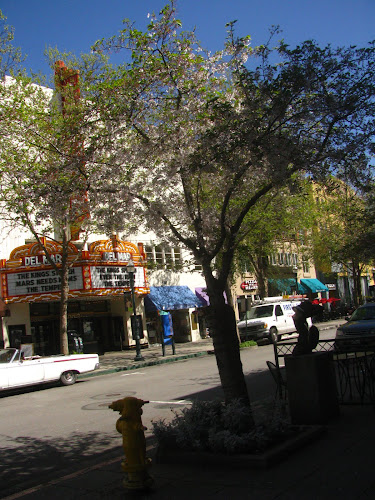 But under the palm trees socks are only worn for work. 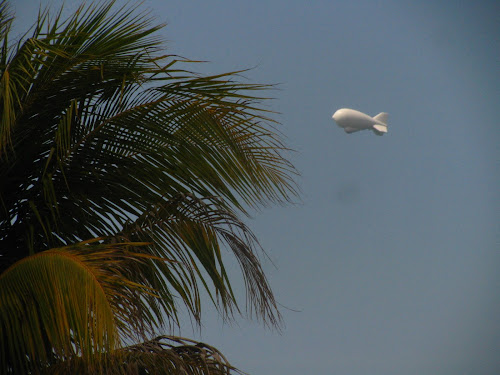 Coconuts are a nuisance mot an exotic, as they produce tons of fronds that need cleaning up and the nuts fall and debt cars...and heads. 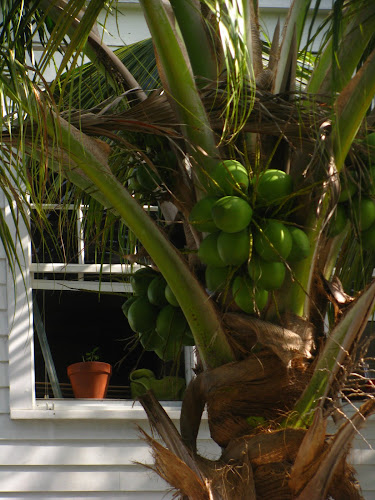 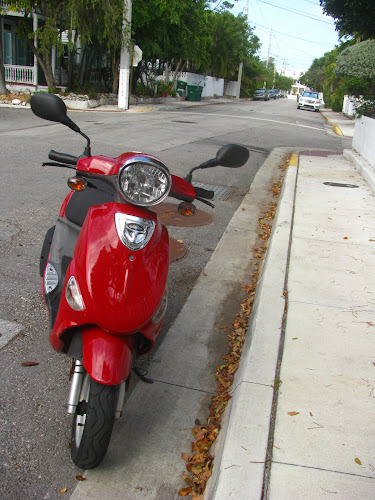 I feel lucky to have lived on both coasts and enjoyed both and to have landed on this side for what seems likely to be the last leg of this momentary adventure we call Life.