I like to walk all the way to the north end of Simonton Street from time to time and stand on the little cement pier and look out over the salt waters of Key West Harbor. The beach is tiny and the sand is deep and the trees have all gone. Honestly, it's rather bleak. 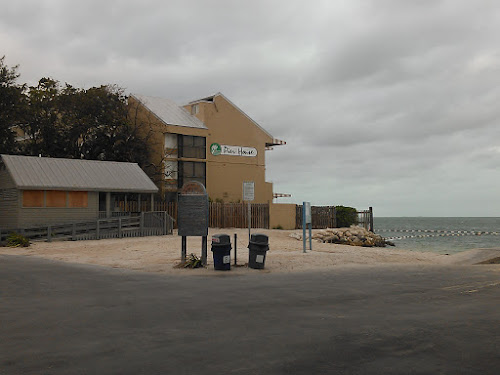 The newspaper says the Pier House is for sale, no prices mentioned but the County Assessor says the property is taxed on an estimated worth of twenty one million dollars. I believe Kenny Chesney the country singer, bought a mansion in Old Town for nearly six million dollars according to my young colleagues. That makes twenty one million rather...generous? If the assessor woke up perhaps we could pave streets and treat sewage with fewer cruise ship passengers? 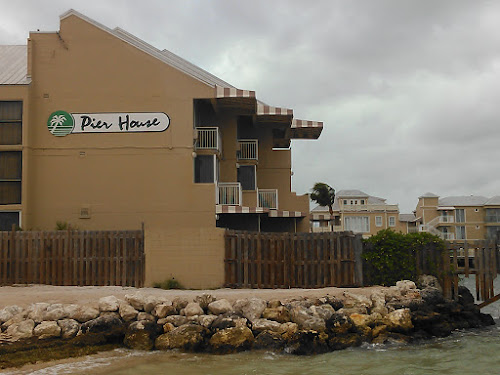 The Pier House was the first resort hotel on the waterfront in Key West and it paved the way for all the others you see today. I remember Mallory Square before development and it wasn't great, picturesque maybe but not suave. Then the Pier House started the drive gentrify. In many respects it could be worse, the waterfront is accessible, and perhaps before long there will be a walking trail all the way from Trumbo Road to Ft Zachary. 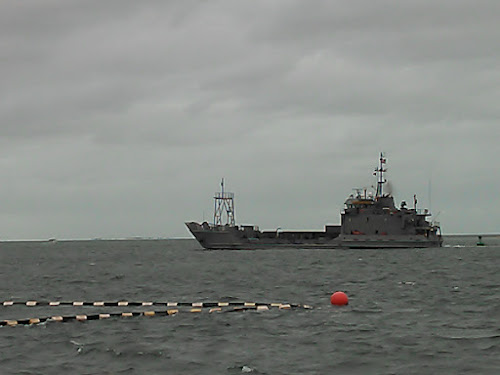 Key West is a working Navy and Coastguard base and from time to time we see reminders of that on the water. 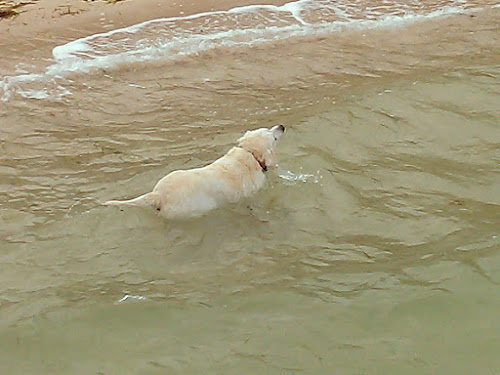 Cheyenne has never learned to swim but she still likes to cool off by plopping in a puddle, or the ocean if she can find it. She had fun while I stood on the pier and threatened her with a fresh water shower when we got home. 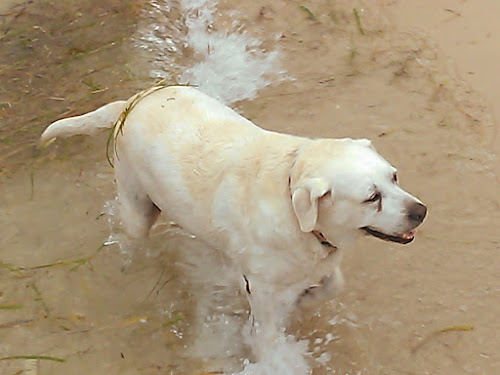 She ignored me. The building on the beach is a public toilet and former refuge or squads of bums who hung out there. Now the toilets are closed and the city has talked about leasing the faciility, such as it is, as a beach concession. There was an eager taker but so far...nothing. Too bad, I'd have liked a cup of coffee but no dice. And a muffin maybe. That would have been restorative on our long walk. Seriously NO dice. 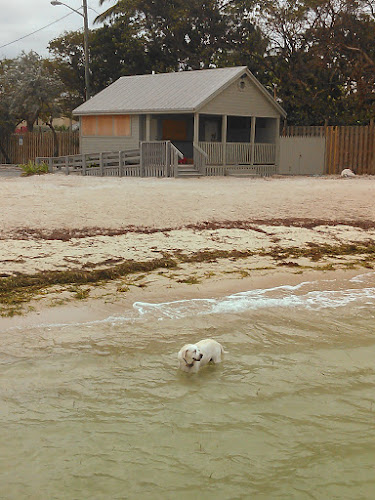 Nice - a recycling bin! Too bad no one knows how to sort recycling from trash, and if they did there was no adjacent trash can for the food filled styrofoam, and heaven knows hauling trash fifty feet is too much for some people. Please God make climate change a communist hoax, or else people around here will drown before they can learn to spell "recycling," never mind figure out how to do it. 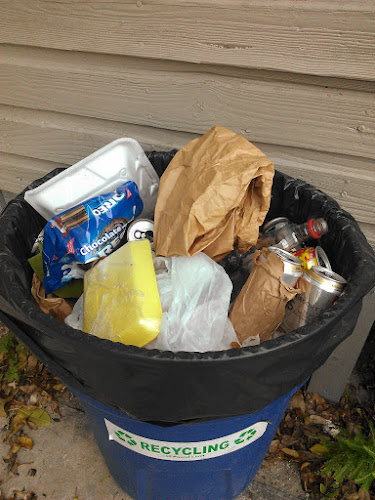 This could be a really cool spot to have a drink and check the state of the water from a bar stool or table. The graffiti would have to go first. 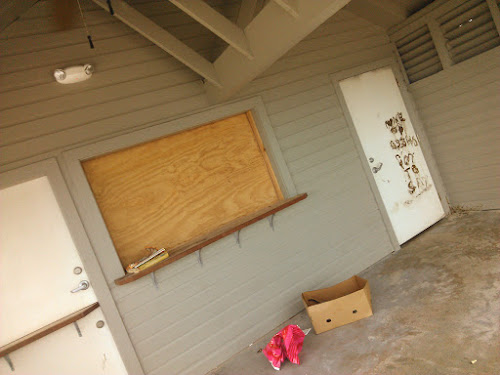 Not all the bums have been kicked off and Cheyenne gave him a quick once over. Either he passed muster or he didn't smell edible because she moved on faster than I could take their picture together. Sleeping is prohibited after 11pm when the beach is closed to everyone and the US Constituion doesn't prohibit being uncouth in public when public beaches are open to all. 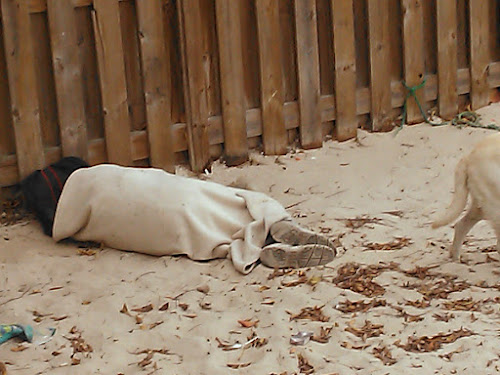 This was an entirely satisfactory stop for one member of the team. I also had a good time breathing in the fresh north winds. 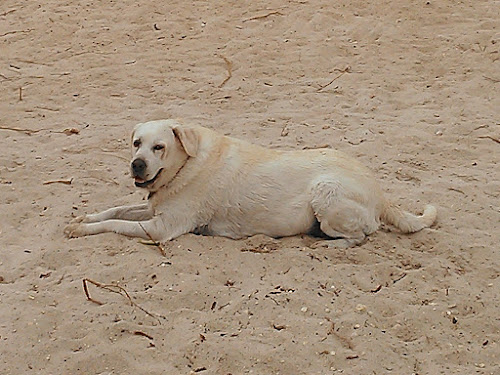 You can launch a boat, go for a swim or sit in the sand here, wedged in a canyon between high rise resorts. 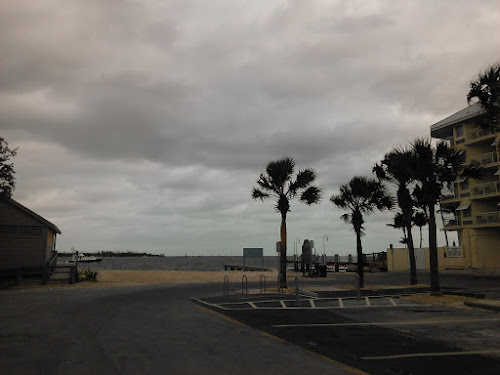 Another little Key West jewel, little used and little cared for. What do we want? Gentrification! When do we want it? Umm...not right away please?