It's been a while since I devoted several consecutive pictures to New Town, that area of Key West developed since the 1960s that was once dairy farms and open scrubby spaces. 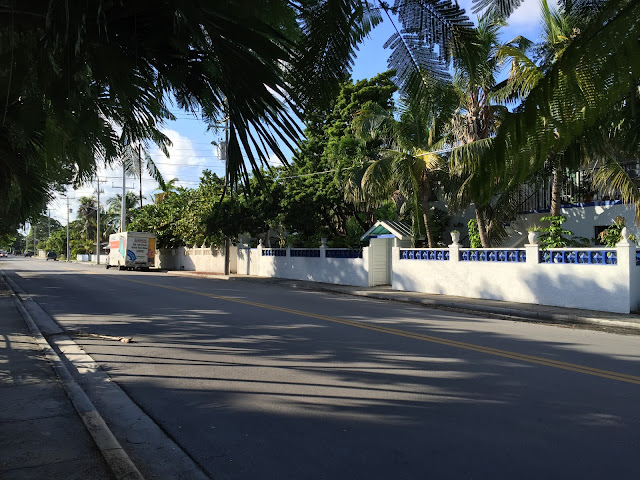 There is an unmistakable air of something different, not just in the tropical foliage on these streets, even though they aren't obviously cute like the narrow lanes of Old Town. 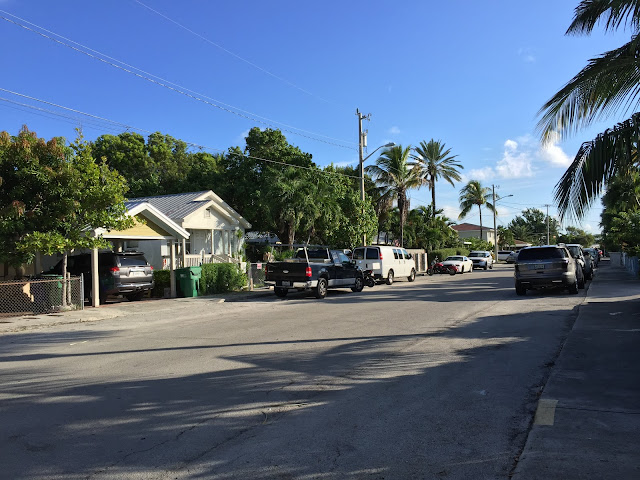 I continue to be astonished by Rusty's ability to identify shapes of inanimate objects. He saw the plaster dogs sitting there and watched them intently. 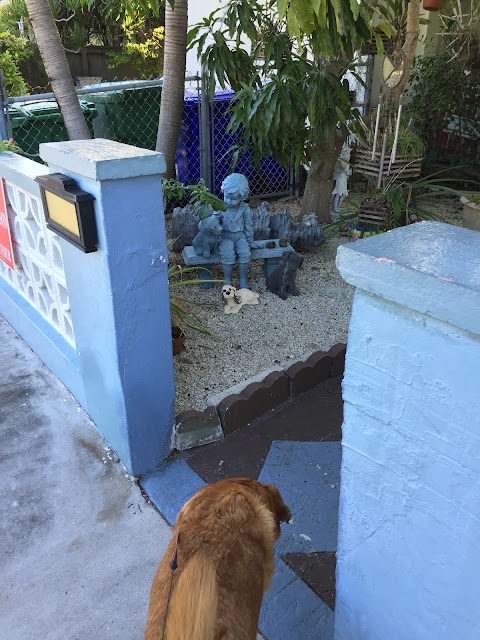 I noticed the notice and felt pretty certain it was supposed to read "Residents" not "Residence" but they should have printed it with dictionary to hand I suppose. 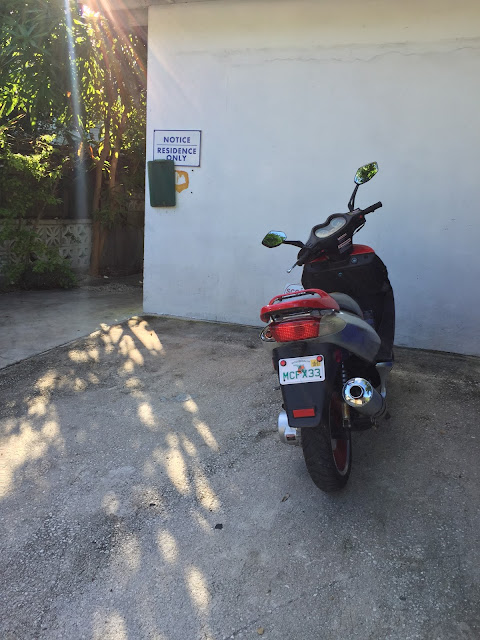 New Town gives you room to breathe, to swing a cat were you so inclined, or to rebuild an old car. 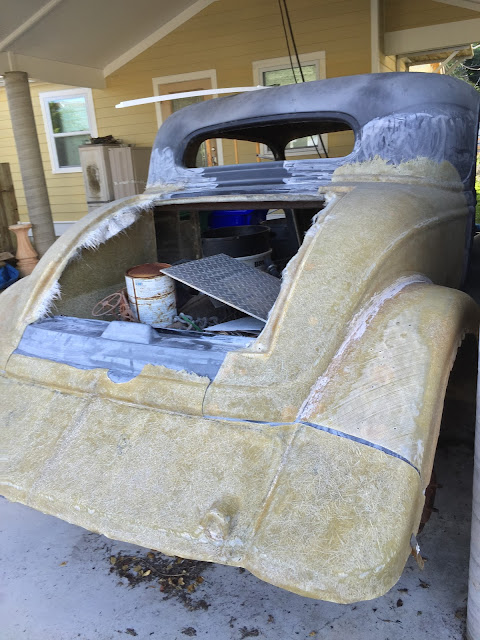 Concrete block, bright tropical colors and a broad porch.  Add a large yard and plenty of parking and a price half that of an Old Town Conch Cottage and you can see the attraction of New Town. 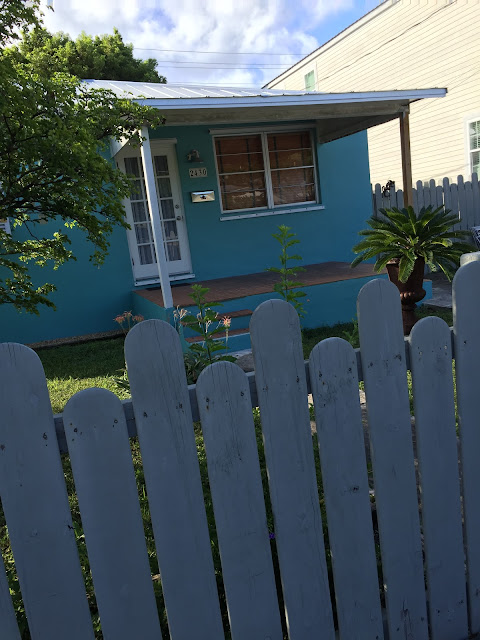 What happened was that in the 1960s a wave of refugees from mainland America, including a  lot of gay men looking for sailors in the style of Tennessee Williams who bought a house in this Navy town, saw the potential in the run down wooden homes clustered around Duval Street. They offered to relieve the Conchs of their homes in exchange for cash money. The Conchs took it gratefully and left the new arrivals to build up their hotels in the run down part of town and good luck to them. 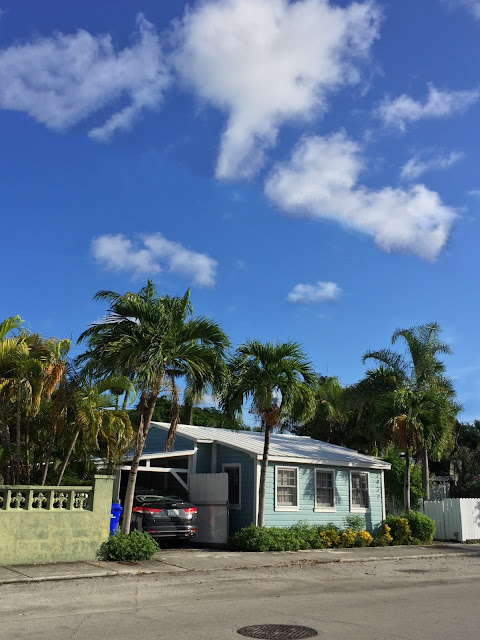 New Town will surprise you from time to time as it did to me when Rusty was leading me in a  circle where Patterson dead ends into a canal. I was chatting with a resident when a boat slipped silently by. My attempt to photograph it didn't go so well but you can see the canal is actually connected to open water, one end at the Riviera Canal and the other at Salt Run Creek near  Winn Dixie and Home Depot. Male sure your boat is small as there isn't much room but I have done it so I know it's true. 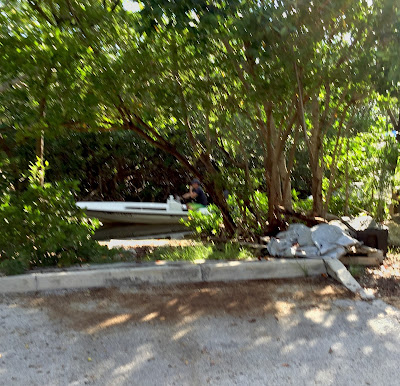 It hasn't yet started to cool off properly just yet. We will need a couple of cold fronts to do that, hopefully beofre Fantasy Fest at the end of the month. That seems a bit too soon at this point. 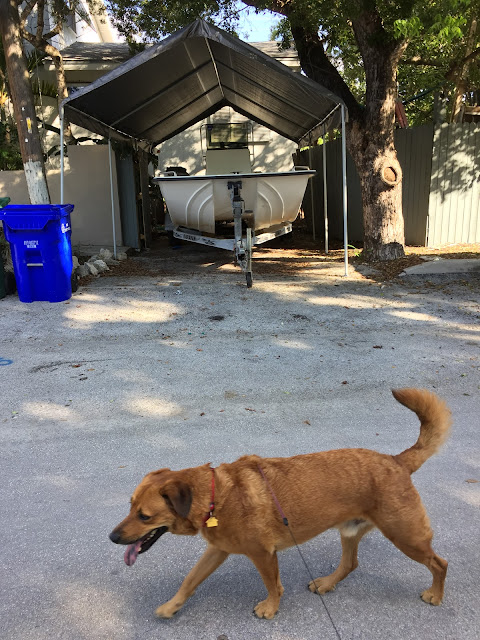 So the Conchs spread out toward Searstown which was built in the 1960s and they slowly filled in the fields and displaced the cows and built their American Dream ranchettes. 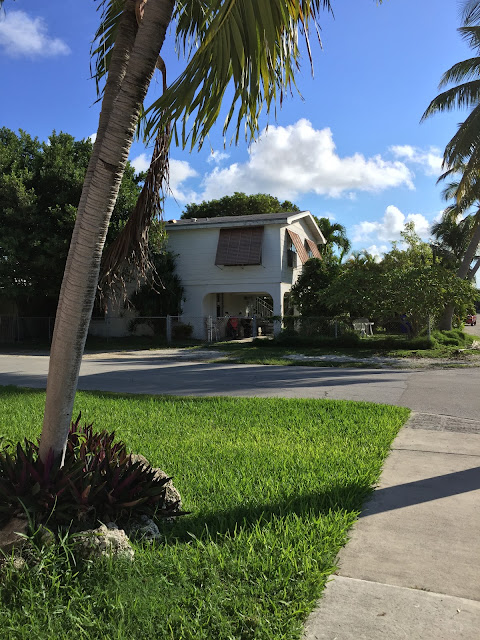 I've used this image (below) in another essay from the state archives I think. It shows Flagler's big new hotel for his railroad guests surrounded by empty fields and lots. For the first century and a half of it's life Key West's population stayed stable around 13,000 people. These days it's settled at around 23,000 with the entire island built up. 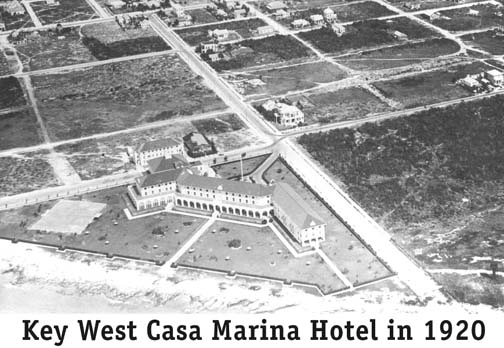 Ever since Hurricane Wilma flooded large tracts of New Town in 2005 I've seen a lot more stilt homes show up in this part of town. 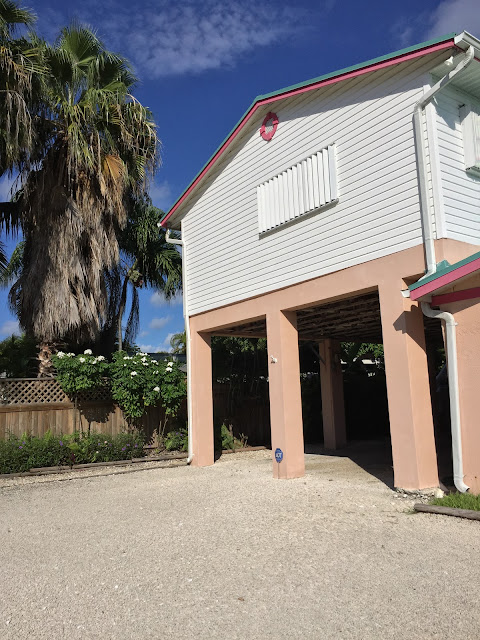 That was the year Katrina wrecked New Orleans and I saw similarities between the two flooding events. In Key West the east winds flooded parts of Bahama Village and huge areas of New Town while the core of Old Town along Southard and Fleming Streets stayed dry and above the waters. In New Orleans it was the same story: the historically white urban core of the city, the French Quarter or Vieux Carre, stayed dry while all around the newer parts of town went underwater to disastrous effect. 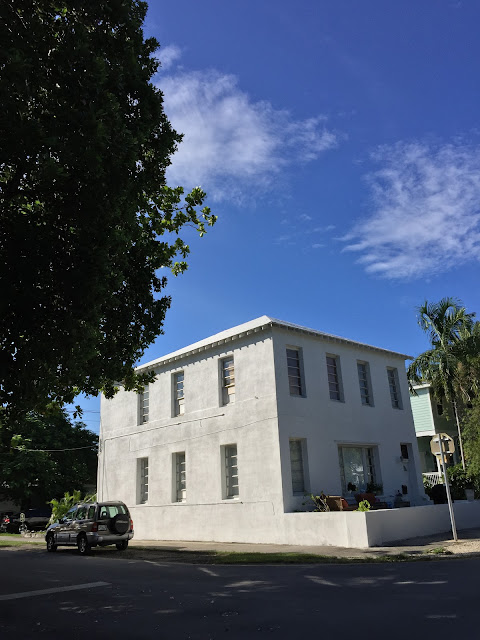 But aside from the once in one hopes each generation that the city floods New Town offers a bit more breathing room for people and their toys. And for me and Rusty there are, if you know where to lok, a few grassy alleys as well running between the streets. 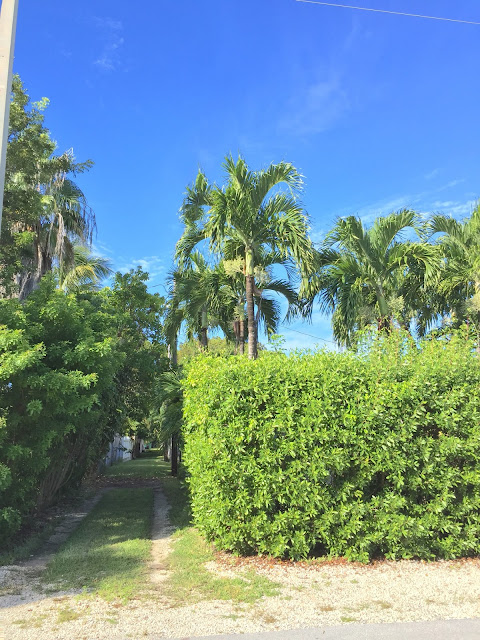 Plenty to explore.
Posted by Conchscooter at 12:00 AM No comments: