I parked the car on James Street shortly after six in the morning. I think Rusty, my furry alarm clock, was surprised when he stuck his snout in my face and I promptly got up, loaded him in the car and dragged him to Key West. I was off for a couple of days and I called his bluff. You want a walk..? Three hours later he was dragging rather less enthusiastically as we finally made it back to the car after a  tour of Lower Duval, Mallory Square and Southard Streets. 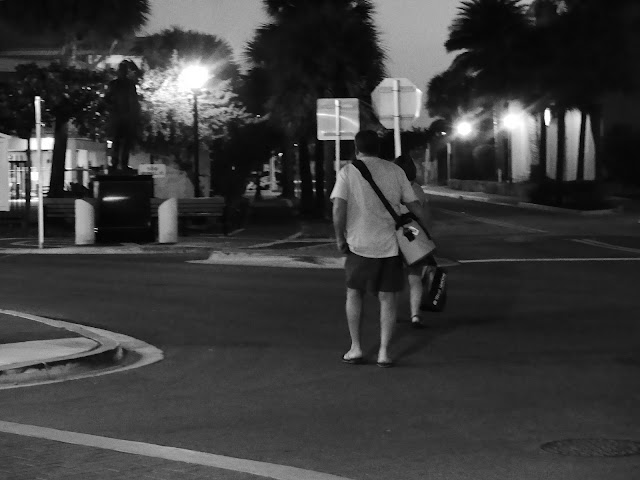 As we walked down Grinnell we met clumps of people and suitcases stumping in the street. It looked like they had just arrived, from where I'm sure I don't know. They looked at maps and studied their phones and pulled their suitcases like refugees ready to arrive for resettlement. I wondered how it must feel to step off a bus or a boat or a place or however they got here and see this strange town on a warm tropical night. Decidedly not in Kansas anymore. 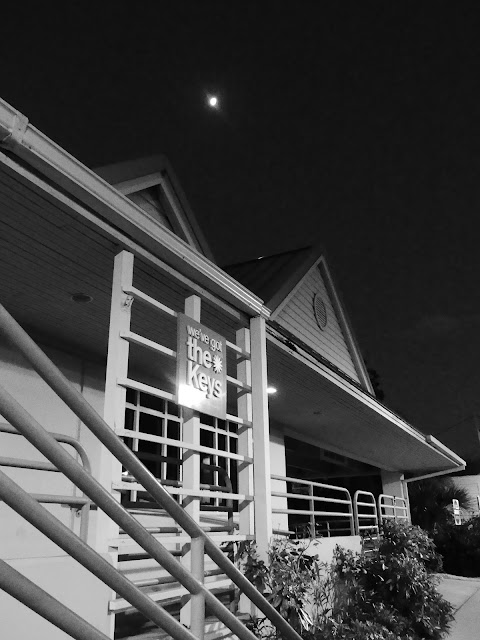 The newspaper reported this building will soon be converted into a retail or office space downstairs and workforce apartments upstairs. No mention of costs or numbers of units, and everything was nice and vague. But they say this place will change and soon: 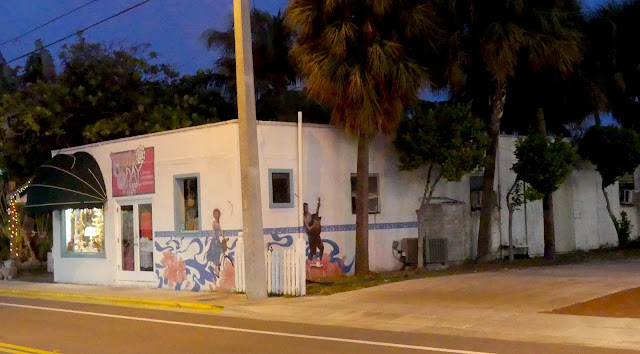 In light of the fact that the only development you can do is fill in the empty spaces inside the city, I suppose this place is an underutilized as anywhere and workers do need housing. That they can truly afford is the conundrum.  A friend of ours had sold up and is leaving Key West for St Petersburg. He sold a 450 square foot completely furnished apartment in a small complex for something north of half a million dollars which in mainland Florida will buy a house mortgage -free with money to spare. 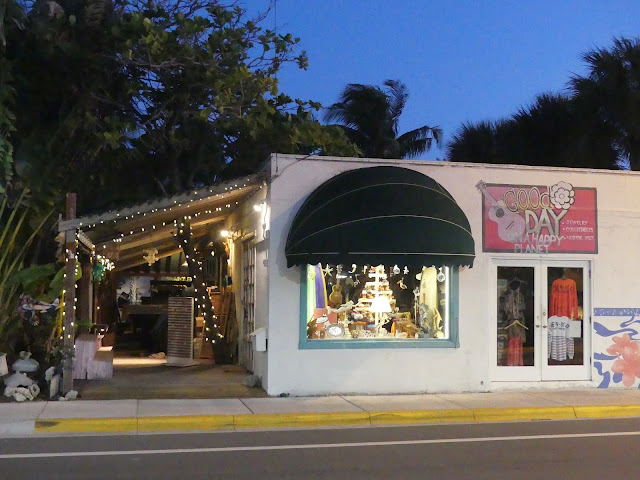 And then all this will be left behind. The attempts ate cramming in more cars generated a comment years ago about paving over Paradise but what else are we to do? Our leaders don't want a central economy or social engineering as they call it and where only money talks the rough edges of Key West will be smoothed out. And thus when people rely on cars not bicycles or feet, parking lots become a required evil. 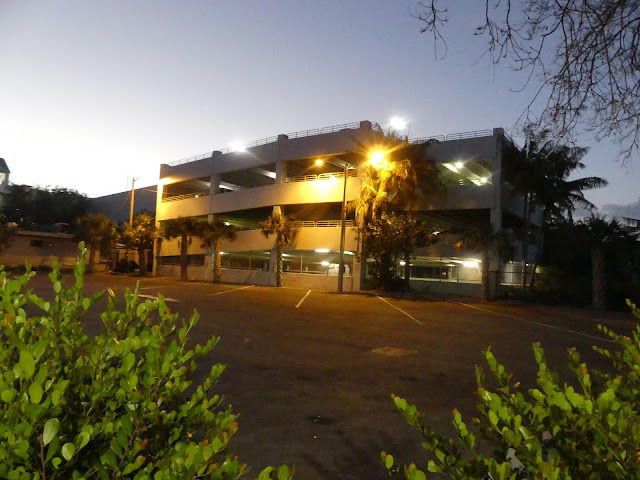 In an effort to create cheap tourism options, rather than the traditional Galleon Resort experience for example (below) tour operators have taken to busing large numbers of tourists from Miami on day trips. This people infuriate the merchant class as they usually bring coolers and want to see Key West for a few short hours as cheaply as possible. There are so many motor coaches doing this type of wham bam tourism the city tried to corral the buses which need somewhere to park all day why their riders walk and window shop. They paved over this old gravel lot, shifted the homeless who used to be tolerated here and tried to charge the buses a thousand bucks a month to use the space pictured above. 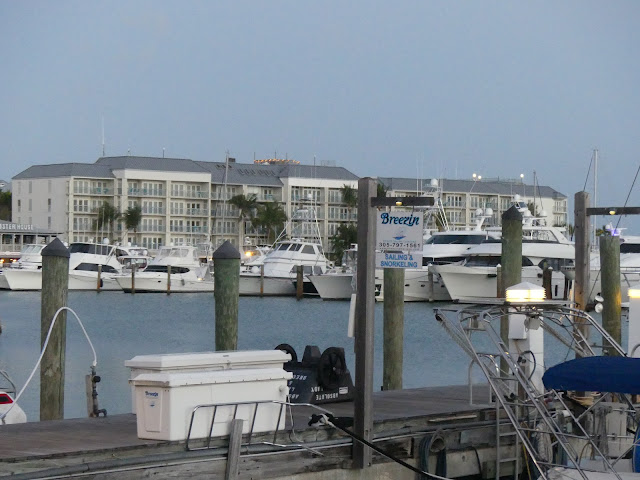 That didn't work as the buses weren't going to spend that much to park. Consequently you'll see tourist coaches parked everywhere during the day, for free, along College Road, along Highway One, and  on Key Haven as they try to save money. It just all adds to the general sense that Key West is some kind of carcass to be picked over in a  free for all. Schooner Wharf "a last little piece of Old Key West" as they say, and I wonder how long that will last. 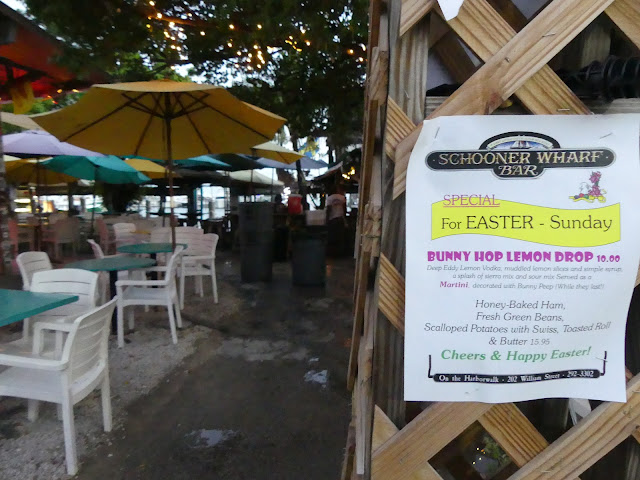 A commercial fishing boat docked at Conch Republic Seafood is another reminder of the good old days when the bight (the harbor) was filled  with fishing boats. It's a symbol and I wonder how many tourists notice or ponder it's presence among all the pleasure boats. 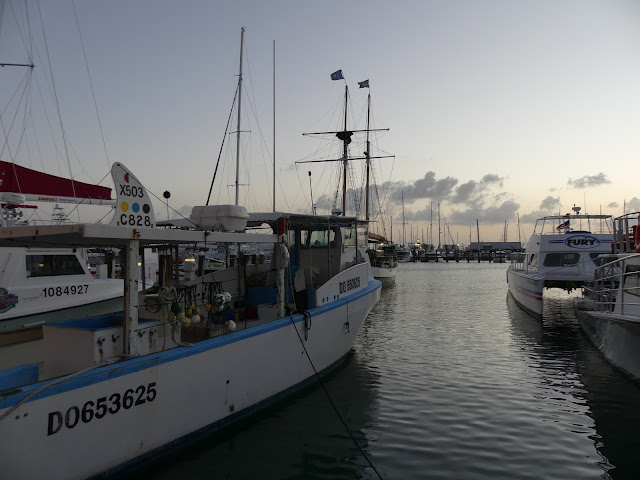 Little pieces of old Key West.
Posted by Conchscooter at 12:00 AM No comments: Links to this post