The Answer To My Persistent Question

Robert said he wanted to see Calvary which surprised me as a movie about the effects of child abuse among the Irish of County Sligo, about which I know only what William Butler Yeats taught me in English Literature classes taught by monks who approved heartily of his Irish Catholic Romanticism. However the movie Calvary did not seem to impress Robert much, though I found it completely absorbing despite its decided lack of romantic underpinnings and the harshness of the subject. Robert and I then talk boat repairs which was much more up his street, and my boat, the object of our post movie conversation remains not totally functional. Grr. 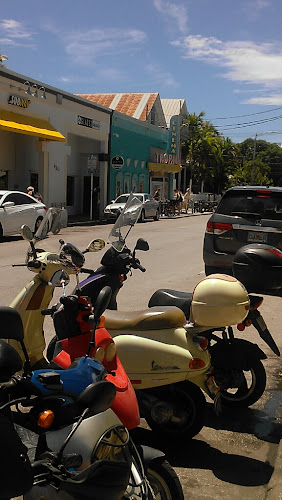 But I did get to wile away some time on Duval Street before the movie so I took a walk, as you do, waiting for Robert to show up and it was perfectly lovely downtown. September traditionally gets a bit tedious as one waits for summer's heat to break but this year we have been enjoying low humidity and strong breezes in between the total humidity of drenching downpours. That people complain of summer heat in Florida baffles me; what on Earth do you expect? Snowflakes? 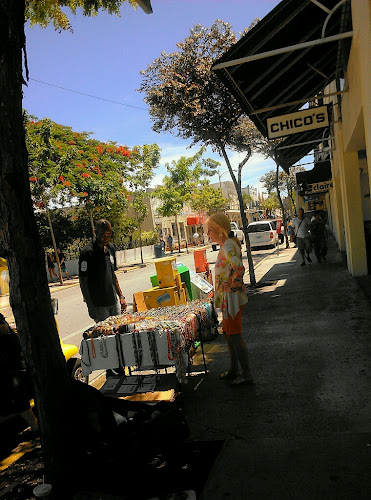 The four hundred block of Duval Street is in ferment presumably getting ready for winter tourism and the ever more closely impending chaos of Fantasy Fest set to culminate this year on October 25th, I think. I always have to work Fantasy Fest and this year it's my regularly scheduled weekend so I won't make much overtime but if I survive the week with mys ense of humor intact I will be happy. Life in Paradise: 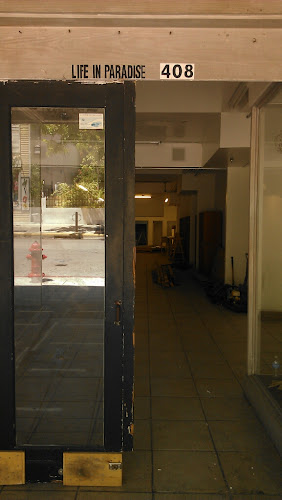 Fast Buck Freddie's is a blank canvas waiting for CVS to work it's magic. I wonder if they will keep the planters out front that serve as a work bench and display case for the palm weavers and their acolytes? 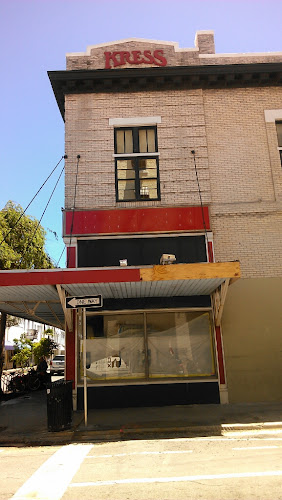 This is slow season for vendors, and its said in key West that to prove your worth as a shopkeeper or waitperson you have to be able to set aside enough in the fat months to see you through the no sales lean months. Like September. 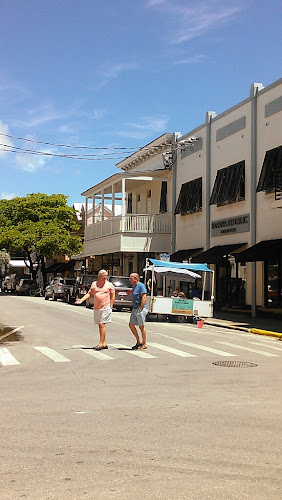 Lots of standing around waiting to lure customers in from almost empty sidewalks. The various chambers of commerce report higher than expected visitor numbers this summer, up ten percent they say, whatever  that means exactly. I figured as much judging by the endless stream of traffic on Highway One all summer long... 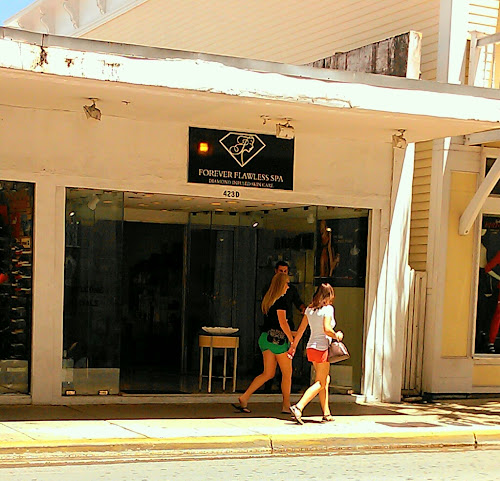 The city of Key West is back up to strength the newspaper tells us with the City Manager almost forgetting to tell the city commission he had hired a second assistant city manager, again.  As odd as it may seem Manager Scholl has started a tradition of needing two assistants to run this town of 23,000 people. He was recently reappointed to the top job after the city commission fired his predecessor, a survivor of two years in the top city manager's  job. Then, instead of initiating a search and using the city attorney to fill in temporarily, the commission adopted the Mayor's proposal and -no search needed - the old manager was quickly rehired. Very efficient, and now both assistant slots are full again so its full steam ahead. A search for the assitant city manager's job apparently was not necessary either. 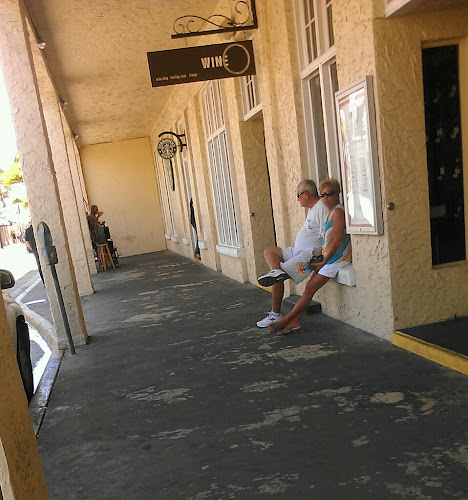 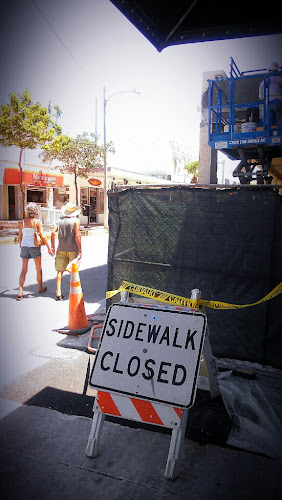 I have been noticing the new twin trash/recycle bins downtown so one might hope that the concept of recycling will take root. However the whole garbage contract between the city and its haulers has been up in the air in the strangest possible way. The city, under the old city manager, put the expiring garbage contract out to bid in the usual way. City staff recommended the lowest bid but the city commission overrode them and voted to continue with the same company, at greater public cost. The cost estimates at first suggested a large rate increase coming up but that news didn't go over well. And here's the odd part. 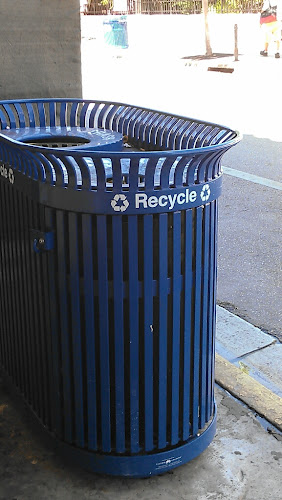 Histrionically  Key West can't recycle for love nor money. Recycle rates as a percentage of the waste stream have hovered around 7%. Then suddenly last year the rate tripled to 21% after the city reduced garbage pick up to once a week. Amid dire predictions of health hazards and overflowing smelly garbage cans, the sky failed to fall and everyone apparently decided it was better to recycle. Weird huh? Well, never one to lose an opportunity to snatch defeat from the jaws of victory the city commission in a moment of inspired brilliance decided to restore the twice a week pick up. Thus increasing the contracted costs and hopefully reducing recycling all at once. Luckily the massively increased cost of the not-contracted twice weekly pick up may have scotched that plan for now, but what the point was of putting the waste contract out to bid in the first place is completely unclear. Perhaps just to fool those not paying attention into imaging the fix wasn't in? It worked, the election came and went with no change in the city's leadership. Meanwhile the idea that bars should recycle their millions of bottles and cans is laughably invisible to the Southernmost City. 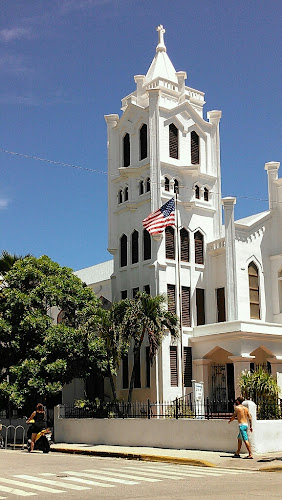 Key West is a miracle town, made possible b y an impossibly gorgeous climate and a display of botanic artifice that proves Nature is better equipped to survive here than the human brain. No matter what grotesque choices humans make this town is protected by an unbeatable tourist oriented combination of  attractions: permanent sunshine, blue skies, turquoise waters and lush greenery. So the money keeps coming in and he commissions best efforts to waste it still leave the city in decent financial shape. Talk about a gift from the Gods! Petroleum reserves might be more lucrative but its hard to be sure. 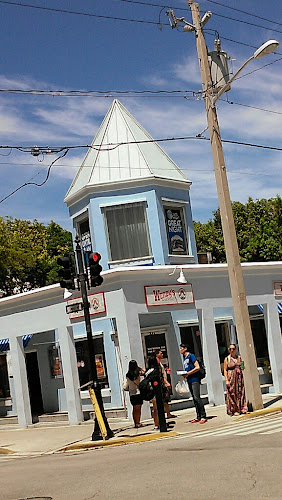 Fashions trickle down to Key West slowly and the latest bicycle fad is inexplicable to me. I read a short article in Bicycling magazine about fat tired bicycles and they say they are only really effective in snow and peculiar frosty "groomed" trails. Key West is nowhere mentioned oddly enough because they are showing up all over town where people gather to chat in the shade: 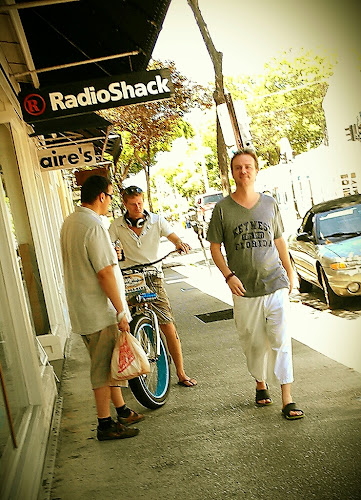 Just don’t get too excited about using a fat bike for everyday transportation. Explorer Mike Curiak has ridden thousands of miles on them and plans to use one on a 700-mile expedition to the Northwest Passage this summer. “Fat bikes take me places where people haven’t been, where normal bikes couldn’t go,” he says. But he’d never consider one for conventional trails. “An $800 hardtail with a suspension fork will ride a million times better,” he says.
Still, there’s plenty to love. Fatties have extended the riding season through winter in the northern half of the United States and, in towns with groomed snow trails, the bikes are becoming as popular as cross-country skis. In Minneapolis, where Surly is based, enthusiasts have created a race series. And shops everywhere are finding that the bikes’ unique ride entices novice riders, drawing new riders to the sport. 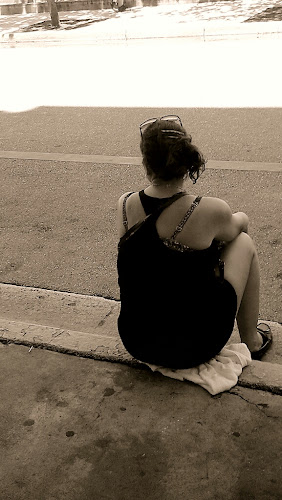 I'd rather be sitting on a towel waiting for Godot in 90 degrees than planning a bike trip on a  snowy "groomed trail" which sounds peculiar at best and uncomfortable most likely, in some polar region Up North. 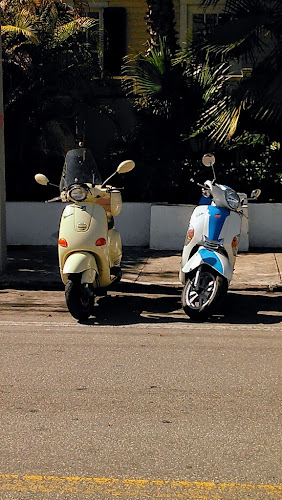 I came out of the movie, chatted with Robert and crossed the street to find my Vespa ET4 had picked up a blue and white clone. Except it wasn't, it was a creditable attempt at a  Vespa-lookalike by Kymco, a well known Taiwanese ( thank you Dennis!) brand of scooter. Apparently the Like 50 also comes as a 200 which I think might be quite a decent scooter were the need to arise, as it were. Kymcos have a deservedly stellar reputation for quality and reliability. 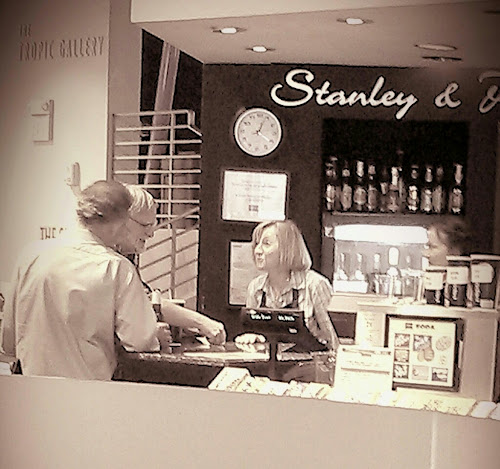 Sometimes the devil gets in me and I ask a stupid question in response to the rote questions asked at the point of sale. In a lot of establishments the question "Can I get you anything else?" is frequently offered, pro forma, by a bored sales person or an eager "up seller" hoping to do the company right by encouraging the punter to spend just a little more. These kinds of questions tend to aggravate me in a mild way because the pursuit of sales at all costs is such an omnipresent fact of life in our permanently connected world. So when I am at the Tropic Cinema which has a really pleasant space in which to hang out, even if not seeing a movie, I  enjoy dealing with the volunteers, many of them witty educatedAnswer to Life's Persistent Questions retirees, selling tickets or food and drink. You haven't really seen a movie until you've done it sharing a bottle of wine in public, in the dark in my opinion. Anyway I got a soda to wash down Calvary and the woman at the counter asked me is I wanted anything else. The devil got in me and I asked for a slice of happiness. Bless her, she smiled sweetly as she passed me my change.
Best answer I ever got.