It happens from time to time that you get out of town visitors who breeze into town and you end up seeing home from the other side's point of view. It was several days of eating out, walking between landmarks and coming up with explanations for the odd and inexplicable. 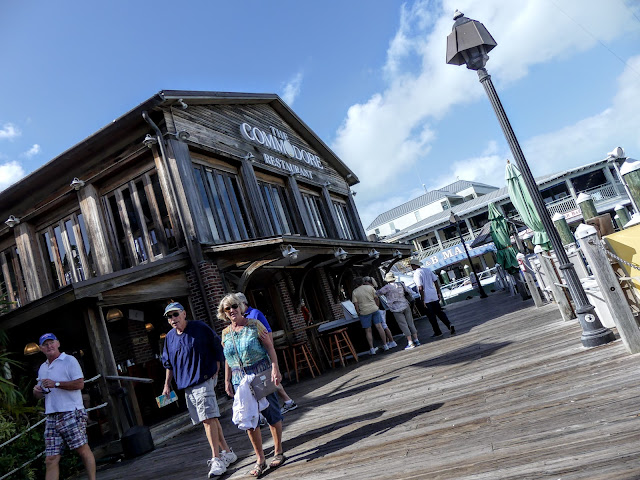 My sister-in-law lives in Asheville the home to the terminally hip in Western North Carolina. It reminds me rather too much of California where the social pressure to conform drives non conformists like me to rebellion and drink, and not necessarily in that order. 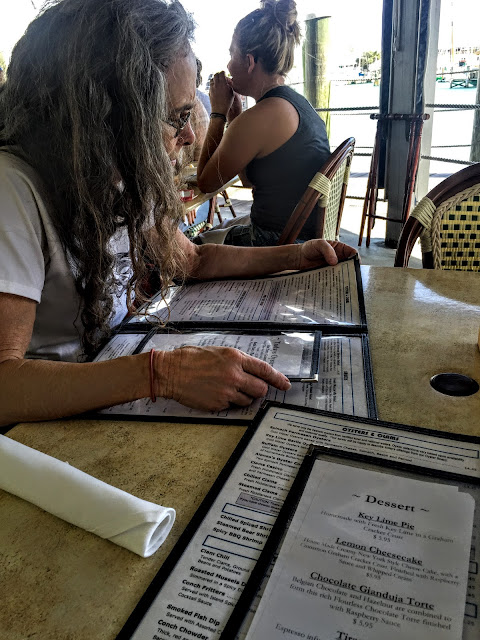 She liked the fresh fish in the Keys and I had the first of several tacos in a week of eating out that ended up with me feeling liverish. Alonzo's puts on a good spread. 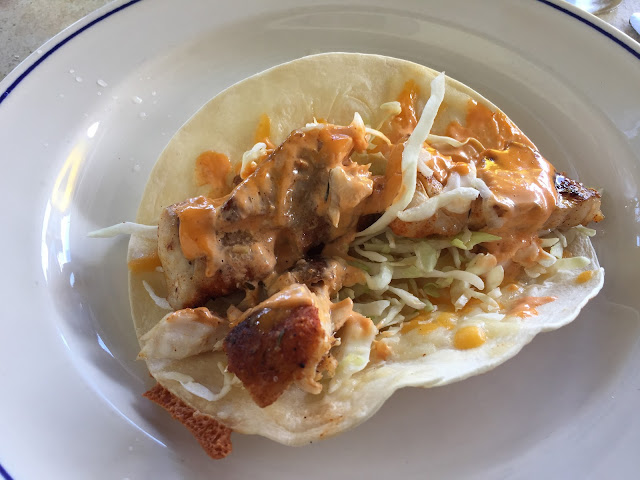 The streets of Key West present a colorful spectacle to someone stepping out of the short damp gray days on winter in Appalachia. I don't sit around in bars much and neither does my sister-in-law but one can appreciate the scene. 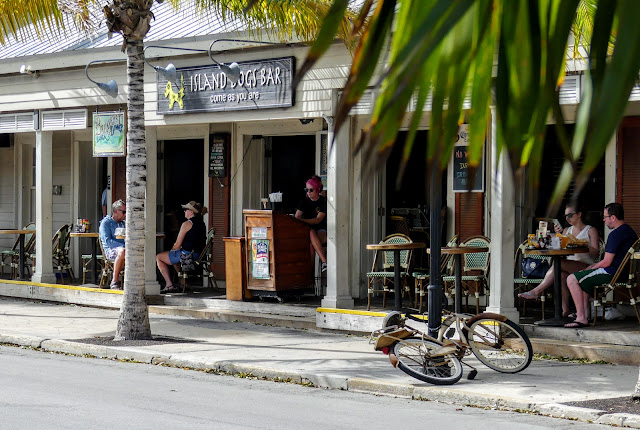 And it's good for me to be reminded of the merits of endless summer. 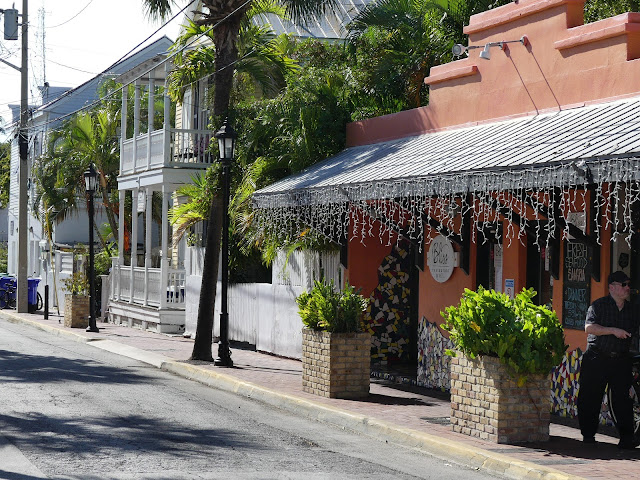 Tourists are on the sidewalks though I have to say traffic doesn't seem as heavy as it has in years past. I wonder if people are leaving their cars at home or not holding onto the ir rentals or what. It's very nice. 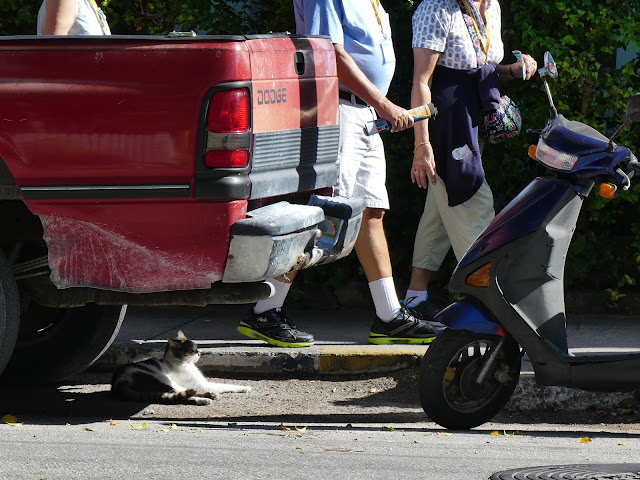 My sister-in-law is barely aware of the existence of Ernest Hemingway who is not apparently part of the curriculum when you study to be a doctor so I was spared the almost inevitable tour of the House, one of the more popular destinations in town as you can see: 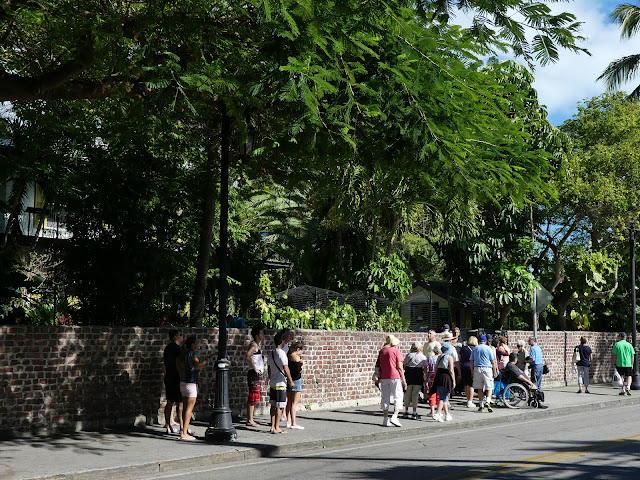 Passing by the new fire station her insatiable curiosity was aroused by the residentially challenged and their lifestyle and the facilities provided for them. Recycling is definitely not on par with Asheville's heroic efforts but our treatment of street people surprised her with my ability to rattle off shelters, soup kitchens, mental health facilities and so forth. One likes to present a Key West that extends beyond alcoholism and men dressed as women singing on various stages. Three live theaters, independent movies, a symphony and a few extra citizens of the streets. 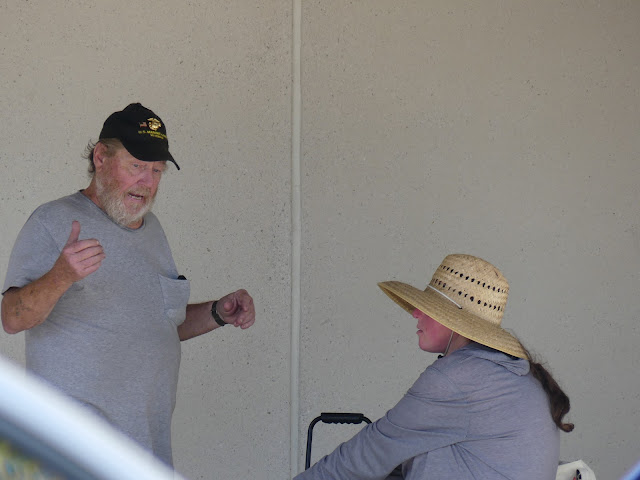 She noticed the scooter parking and I made a point of it to say that I didn't see many people using fuel efficient modern scooters in Asheville (neenah neenah neenah) and she allowed as how Key West is thoughtful in providing free parking. 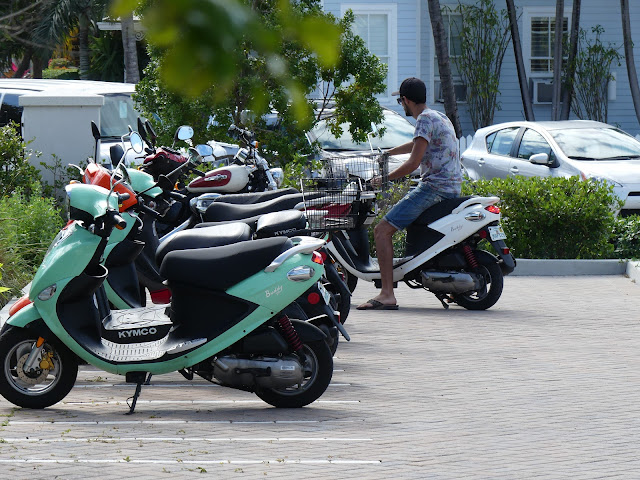 Sometimes it feels as though having great weather and mild winters is as much as we should expect in Key West. It makes it hard when visitors discover you can live a  well rounded life here as well. I just know I'm no hip enough for Asheville and as much as I like to visit the mountains I am fine on flat land surrounded by turquoise water.
Posted by Conchscooter at 12:00 AM 3 comments: