Summer heat and a few pictures, taken at my favorite spot where land meets water in a public place. They've renamed West Summerland Key, which is sensible as the main Summerland Key, the one with the post office on it, is well west of here. Trouble is they renamed it Scout Key as there is a scout camp on this largely uninhabited island, but the girl scout camp is called ironically enough "WESUMKEE"  an abbreviation of the old name for the island. I call it Homophobe Key because change annoys me, even though the Girl Scouts don't seem to give a toss one way or another about lesbians. Women it has to be said as usual are ahead of the men and the male scouts need to get with the program too. 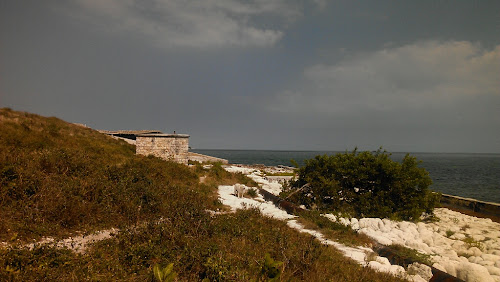 There is this old pump station  sitting sturdily and emptily next to the old water main installed in 1942 to serve the expanding military needs in Key West, a city that had till then  survived by rain and cistern. Someone has been clearing out the rubble in the old structure and though there was evidence this place had been left abandoned too long  the rather unpleasant contents of this impromptu latrine have been removed with no trace left behind, much to my astonishment. 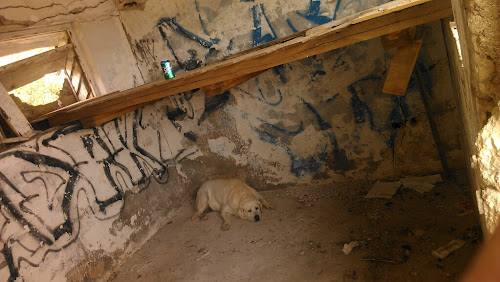 Cheyenne took stock of the clean room and thought the breeze was cool.  The old toilets in the other room are cemented up and the whole place was actually quite spiffy which I found mildly heartening. People come to fish in these lonely places and they seem never to have learned  how to spend the night in the wilderness and leave no trace. This place has been too fouled up to try to enter in the past. I wonder what's going on? Is gentrification coming to my undeveloped backwater of a non-beach? 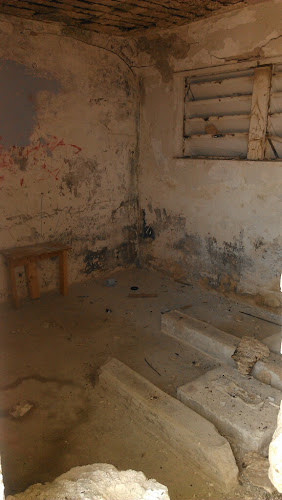 This funky building reminds me of so many crude structures left behind by humans around the world, places once thought to be critical and now abandoned. I wonder when I look at this stone cube how people lived here and how lonely it must have been alongside a narrow road in the middle of nowhere with no facilities to speak of. A pretty enough spot I suppose but Robinson Crusoe comes to mind. Cheyenne looked around and found nothing of interest which I took to be a good sign. 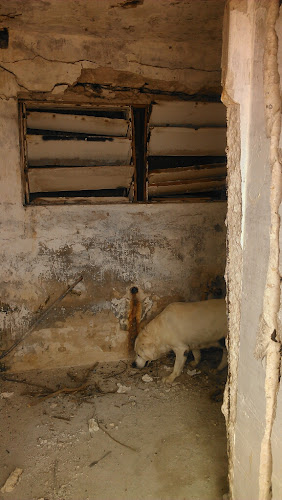 Afternoon temperatures have been hitting ninety degrees and its too hot for furry Labradors to be out and about unless the wind is cooling things down. I sat outside for a while  and contemplated the beauty of the scene. I love summer in the Keys and watching the sun sparkle on the water was a reminder that getting out on the water is a priority this year. 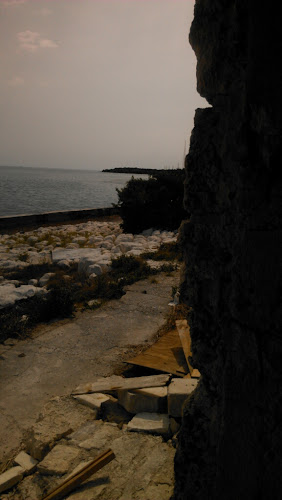 I am not going to Europe this year and that decision has saddened me. Finding a Greek island in my backyard is some sort of compensation.